Skip to content
Sign up for our newsletter
section-ads_high_impact_1
By Rodric J. Hurdle-Bradford Special to the Las Vegas Business Press
September 27, 2015 - 8:41 pm 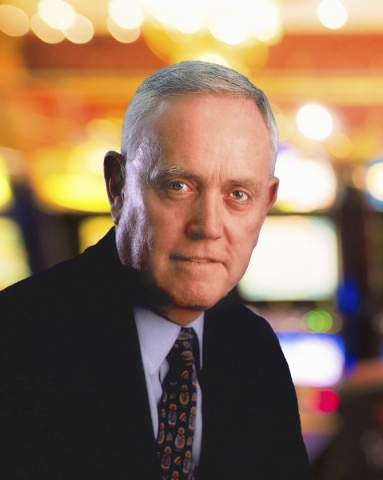 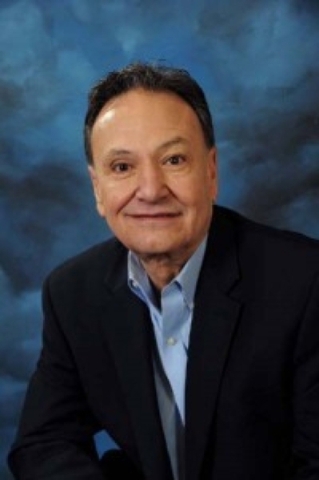 Two giants of the Las Vegas gaming industry – just days away from being inducted into the Gaming Hall of Fame – remain bullish on casinos and their ability to generate revenue. But they see changes ahead, as individual operators make a comeback and in-game wagering becomes a larger force.

Larry J. Woolf has four-plus decades of experience as a casino, hotel and food and beverage operations executive, and now leads his own consulting firm. It’s a background that allows him to take both the corporate and entrepreneurial view of the industry.

The rapid changing world of sports wagering is the sweet spot for Victor J. Salerno, who is credited as developing the first mobile gaming platform. Today he is chairman of the board of William Hill’s U.S. operations.

During the Global Gaming Expo, Woolf and Salerno will be inducted into the American Gaming Association ceremonial Hall of Fame.

Both remain on the cutting edge of the gaming industry in both domestic and international markets. They have seen an industry that was once marginalized and remote become mainstream, with many casinos entities listed on the stock exchanges, while the revenue from state lotteries pay for children’s schoolbooks.

It is a complicated industry, so it takes insight from two hall of fame minds to learn more about what the future holds.

It starts at the top

One of the changing trends Woolf sees is a return to independent, individual ownership of hotels like Downtown Grand and Westgate. The large portfolio of casinos countrywide is a corporate ownership model that has drawn even more intense scrutiny since Caesars Entertainment filed for bankruptcy protection earlier this year.

“The industry went through its ‘grow, grow, grow,’ phase and now you will see some in the industry pare back and sell its assets,” says Woolf, who is the founder and chairman of the successful Navegante Group consulting firm. “I grew up in the era of individual owners like Bill Harrah and Steve Wynn, so this is a cyclical trend. The industry has spent its time being consolidated, and now it is separating again.”

Woolf started with Harrah’s Hotel and Casino in Reno in 1967, where he had first-hand exposure to the legendary management style of Harrah. In 1974 when he was appointed to Casino Manager, he was the youngest casino manager in the company’s history. Five years later he joined Caesars Atlantic City adn was directly responsible for the pre-opening planning, hiring and training of the casino division staff. In Las Vegas, he planted his flag as chairman and CEO of MGM Grand Hotel & Casino in 1990. After a brief retirement, he began his own consulting group in 1995.

The trend of individual ownership allows for casino properties to be able to be more flexible to adapt to any kind of trend, whether it be on the casino floor, from the food and beverage side or marketing campaigns, Woolf said. However, the one trend that individual ownership may be able to influence more than any other is the high turnover many large corporate casinos face from their employees.

“The casinos run smoother when there is a single owner or operator because there is stability and you are not having to replace employees every two to four years, just as they are really getting to know the place,” says Woolf. “The continuity that they bring through their presence can be felt throughout the entire casino, which is different than when it is run by a large corporate entity. As with any business, it all starts at the top.”

Look outside the casino

Inside the casino, the leadership starts from the top down, but outside the casino is where Salerno sees a lot of growth in the mobile gaming market. As individual states and jurisdictions continue to flirt with mobile sports wagering and casino play overall, Salerno sees the gaming industry’s responsibility to create a product for an audience and a location that has not been finalized.

“Everything is going to mobile for the convenience of sports betting and fantasy sports leagues will play an even bigger part moving forward,” says Salerno. “Sooner or later we will have national legislation that allows states to identify if they want to have land-based or mobile sports wagering.”

He said the continuous improvements in the technology behind mobile sports wagering makes it a more secure product, eliminating many of the safety risks that drew scrutiny from its opposition just a few years ago.

“The closer we get to the legalization of mobile sports wagering, the more important the technology will be,” says Salerno. “Features like speech recognition ensure maximum safety and help with product development for both regulators and consumers.”

Salerno has served as chariman of the board for William Hill’s U.S. operations since June 2012. Previously, he had served as chairman, president and chief executive officer for American Wagering Inc. In this role, he received industry-wide recognition as president and chief executive officer of Leroy’s Horse and Sports Place, helping drive its success. He has also served in several industry leader positions, including being president of the Nevada Association of Race and Sports Operators.

While the legality of mobile sports wagering in still up in the air in many jurisdictions, the use of technology isn’t. Mobile phone applications will help with the next biggest trend that Salerno sees in the future — in-game sports betting. In-game sports betting allows the participant to bet on new lines and odds throughout the game, and can be applied to any sport.

In-game sports betting gained national attention in the sports world in October 2012 when the St. Louis Cardinals staged one of the great all-time comebacks in the ninth inning versus the Washington Nationals in the fifth and final game of the National League Division Series. In-game sports wagering allowed participants to take odds anywhere from 50-to-1 to 100-to-1 that the Cardinals would find a way to win the game, so when they scored four runs in the ninth inning and won the game 9-7, there were a handful of lucky people who helped thrust in-game wagering into the gambling mainstream.

“You have to be fast and react quickly to be accurate for in-game sports betting,” says Salerno. “There is still a lot that needs to be done so it isn’t as hard to do with the American sports, especially basketball and football. It is very difficult to do, but it can be done by utilizing game and television timeouts.”

While the American sports remain popular, the international tourism continue to grow. Saleno sees that as a reason to increase the number of soccer leagues and games available to wager on. Overall, he wants to see the future of sports wagering in Nevada emphasize exclusivity.

“Casinos need to capitalize on our monopoly of sports betting more now, because we will not always have that competitive advantage,” says Salerno. “As long as the states and regulators do not touch the product too much, it will be successful wherever it goes.”

With the constant increase of non-gaming revenue being driven at both traditional and tribal casinos across the country, Woolf sees the future of casinos very similarly to another American institution — the mall.

“In the future, the casino is going to be an anchor for the destination, just like J.C. Penny’s and Macy’s are at a mall,” says Woolf. “You will have all of the non-gaming revenue streams, the restaurants, bars and clubs, which will play the role of the ice cream store, Sunglass Hut, etcetera.”

According to Woolf, the only types of casinos that will not have to worry about this non-gaming revenue strategy are remote casinos, mainly in rural areas, that have a monopoly on gaming in their region. Those casino properties will have to focus more on continuing to add new games with new technologies and bonus features to maintain gaming revenues.

“The need to diversify our gaming products is a trend that will continue,” says Woolf. “Business will continue to be driven through player’s cards, so everyone gets the experience that is catered best to their tendencies on the casino floor. Technology is our friend, and it will be used to continue to grow our industry.”

The AGA Hall of Fame induction will take place at an invitation-only ceremony on Wednesday, Sept. 30, at MGM Grand. Lynn Valbuena of the San Manuel Band of Mission Indians will be joining Salerno and Woolf in the 2015 Hall of Fame class of inductees.