Skip to content
Sign up for our newsletter
section-ads_high_impact_1
By ANN FRIEDMAN LAS VEGAS BUSINESS PRESS
July 6, 2015 - 3:00 am 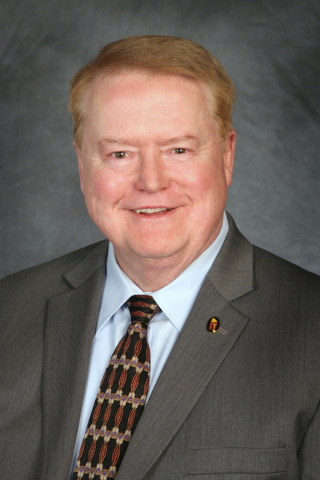 Plans to build new libraries, which were put on the backburner during the recession, have been revived by the Las Vegas-Clark County Library District.

“Right now it’s on our horizon to build three new libraries,” said Executive Director Dr. Ron Heezen. “After we find out what people want in their library, we’ll custom build these libraries, because anything we build in the future has to represent the community it’s located in.”

Heezen said Mesquite and Las Vegas will be the first to receive new libraries.

In April, the City Council approved a land swap deal that will allow the Las Vegas-Clark County Library District to build a library near Eastern Avenue and Charleston Boulevard while the Natural History Museum takes over the old Las Vegas Library near Cashman Field at 833 Las Vegas Blvd. North.

Though the library district has been looking at that property, Heezen said it’s not exactly an ideal location. “It’s limited in size and there isn’t a lot of traffic in that area so most people won’t know there’s a library there until word of mouth gets out,” he said. “We want to build in an area that is highly visible.”

The library district, Heezen said, is negotiating a trade for space at the Bonanza Road and 28th Street intersection. “It’s a green space so we can build something that’s not only attractive but will attract people to the library,” he said. “It also has 8 acres versus 6 acres (at the Eastern Avenue property) and it’s on a bus route so if kids can’t get a ride, they can take the bus. It would be a beautiful site for a library.”

The $13.8 million project would service more than 132,000 residents, including nearly 31,000 senior citizens. “A lot of them can’t drive so it’s a matter of putting something there that can help them,” Heezen said. “To know they’re in that area without a library hurts.”

Focus group sessions consisting of parents, students, community leaders, elected offices, library board members and staff were conducted on June 8–10 and additional sessions will be held July 27–29 to find out what they want in their library.

By November, Heezen anticipates that the library district will have outlined plans for what exactly the Las Vegas library will house.

“The size of the library will change depending on what the community tells us they need,” he said. “It’s all about being responsive to their needs.”

According to Heezen, when the library district first built a library in Mesquite in 1990, it was a much smaller community so a new library is overdue.

Kyle Cannon, which is nearly 25 miles northwest of Las Vegas, will be the last community to receive a new library, said Heezen, adding that he’s looking forward to when the East Las Vegas library debuts in at least two and a half years.

“We want to continue to help people because that’s what everyone in a library is there for,” he said.