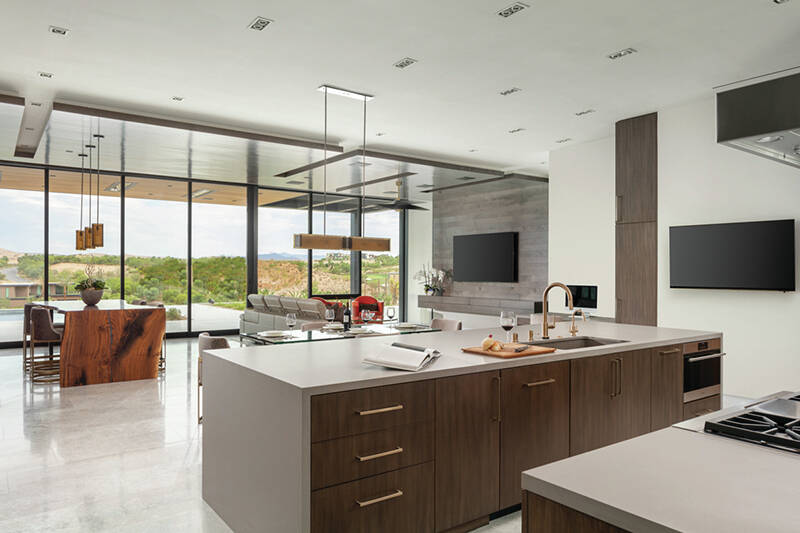 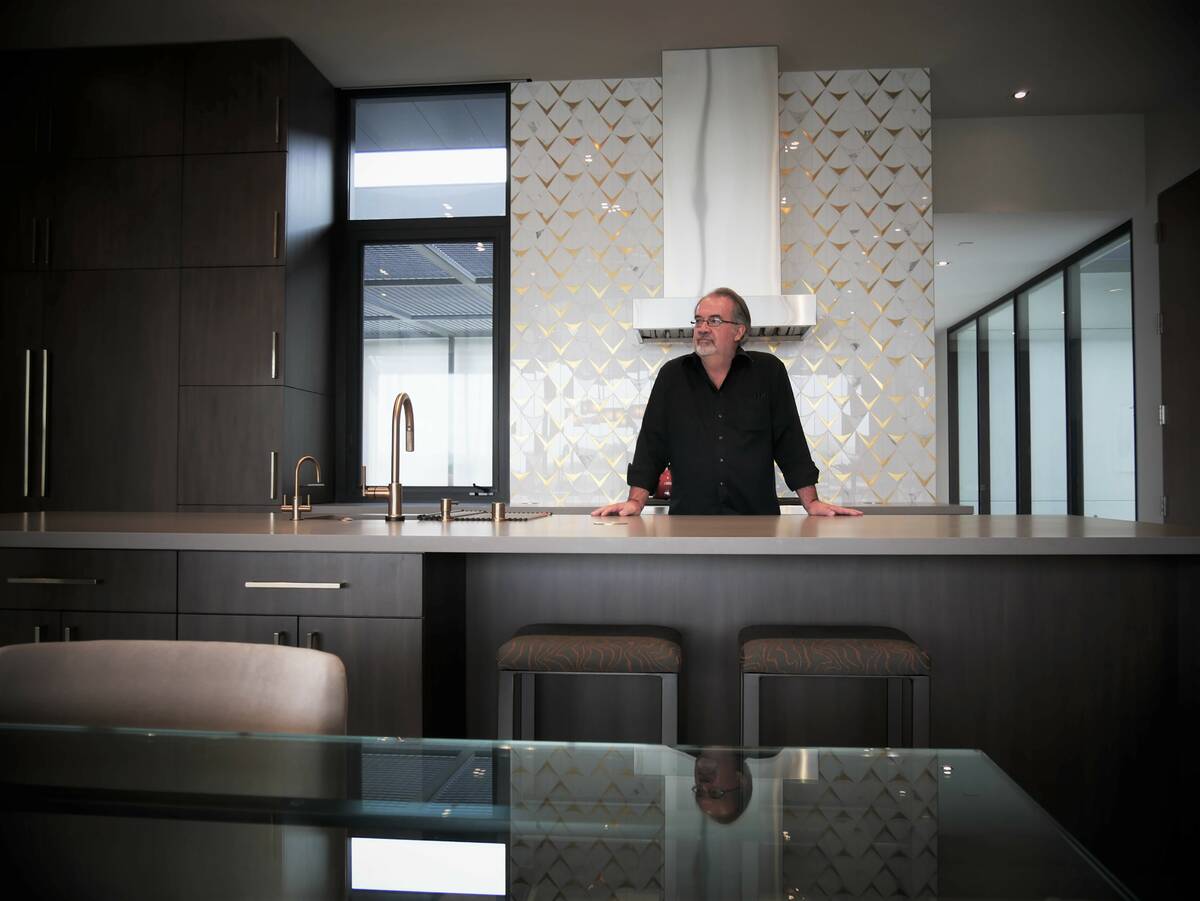 The home was designed by Eric Strain, designer and founding principal of assemblageSTUDIO and April Mahn of Designs by April.

Integrating Chinese culture and history was important for the Asian couple, who both were raised in Hong Kong.

“When we designed this house, we wanted to have good feng shui,” said Duncan Lee, who came up with the home’s name that incorporates the Roman numeral for five.

“The core principles are based on the five elements and how they’re placed.”

Designed by Eric Strain, AIA, designer and founding principal of assemblageSTUDIO and April Mahn of Designs by April, the 7,400-square-foot home was constructed by Merlin Custom Home Builders.

Merlin, who built the Lee’s previous home, came on board early in the process.

“This is our second home for the Lees,” said Merlin Custom Home Builder founder and owner Stephen Jones. “They were very hands-on, that makes for a fun build when the homeowners are part of that process.”

Besides implementing feng shui principles, the core concept behind the home is the use of what Strain refers to as public and private areas on the main level, separated by an expansive wine room. These distinct spaces function in response to the way Duncan and Irene live in the home.

The public spaces flow from the main entry into a formal dining, sunken formal living and exterior courtyard. The private areas integrate daily living into a single voluminous space.

“We wanted this space to feel as one,” Strain said. “All the functions of the family could happen within this central point of the home.”

Strain spent over a year collaborating with the Lees on the overall home’s layout, including developing the concept for a dual kitchen.

Designated as the home’s hub, Strain’s kitchen design anchors and interacts with the other private spaces including the great room, casual dining, bar, powder rooms, exterior patio and pool deck.

“Our belief has always been that the kitchen is the core of the house,” Strain said. “This is where the Lees will spend 90 percent of their time.”

A SubZero refrigerator/freezer is positioned directly between the two cookeries. Its gray-washed oak panels and gold-toned handles blend seamlessly with the matching kitchen cabinetry.

“I wanted the refrigerator between the two kitchens so I can have easy access from both,” Irene Lee said. “It’s very functional.”

At approximately 192 square feet, the main kitchen offers striking clean lines and soaring 11-foot ceilings. A predominant island showcases the natural beauty of Santenay Honed Pental quartz countertops with waterfall edge. The expansive surface offers a central sink with a gold-toned faucet and adjacent casual seating for three people on the outer side.

A separate butler’s pantry, between the kitchen and formal dining, provides ample dish storage. The white Italian marble backsplash encompassing the perimeter wall showcases a brass V-shaped inlay, with a commercial-grade range hood providing a striking focal. The marble originally was to be installed with the V upside-down. Irene Lee was instrumental in re-orienting the inlay, so the V shape mirrored the home’s name.

Red, a lucky color in Chinese culture was added through subtle accents such as red knobs on both kitchen’s Wolf cooktops and small tea kettle.

The 85-square foot working kitchen, directly off the main space, features an expansive 11-foot-high pull-out pantry, Cove dishwasher, sink, Wolf gas stove top with commercial-grade hood and plenty of storage. A picture window offers exterior views and extra ventilation. The entire space can be closed off from the main room.

Aside from entertaining, the kitchen has a deeper, significant role within the Lee family. The couple has two adult children who, when they come to Las Vegas, spend time with their parents in the kitchen.

The Lee’s purchased the lot in 2018 and were one of the first 24 buyers in the premier community. Duncan chose a significant date to break ground, April 12, 2019.

“It’s exactly 50 years to the date I arrived in the United States,” Duncan Lee said. “When my three siblings and mom immigrated to this wonderful country.”