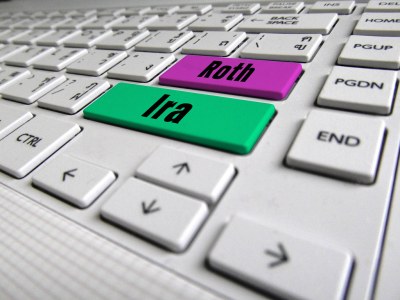 Why might the current political climate be reason to consider a Roth IRA conversion?

Currently we have a president who has introduced tax changes that have proved favorable for some Americans. Unfortunately, our national debt is not shrinking. There is a possibility that the current tax environment we have now might be only temporary.

What is a Roth IRA?

What is a Roth conversion?

A Roth conversion is the process in which a traditional retirement account is converted to a Roth IRA.

If your income falls in Roth phaseout ranges (see IRS.gov) and you cannot contribute to a Roth IRA, you may decide to convert traditional retirement account funds to a Roth. The impact is that the converted amount is reported as ordinary income to the account holder during the year that it’s converted. Essentially, you’re electing to pay income tax now in 2019, instead of whatever the taxes might be in the future, for better or worse.  If you believe your investments will grow, consider that with a Roth, you pay the taxes on the current value, instead of what they will grow to.

Someone who believes they will be in the same or higher tax bracket during retirement and is interested in reducing RMDs and values diversification on how retirement distributions are taxed might consider converting to a Roth. For example, a conversion might make sense in the event of a spouse’s death. In the year of their spouse’s death, an individual will receive married filing status, but in the following year, they will likely file as a single person. Someone who has a spouse pass away in the current tax year or is planning to divorce and will be filing single going forward may want to consider converting while they still get the married tax treatment. This is just one example. Anyone who believes that their current tax treatment will be better now than their treatment in the future would want to consider this.

The obvious risk is that you are paying taxes on future dollars today. Depending on each person’s tax situation, that could have varying degrees of effect on their tax bill.  Also, conversion is permanent and once completed, it’s not possible to revert back to a Traditional IRA.  A Roth conversion should only be considered by someone where it is clearly more advantageous to pay the taxes now (versus during retirement) , or where it’s known for sure that it’s going to result in a significant benefit to one’s  financial plan. If done haphazardly, a Roth conversion could bump someone into the next tax bracket. You should always consult your CPA before making such a decision. It is important to be strategic when using a Roth conversion as part of your financial plan. Since retirement accounts need not be converted all at once, we can be strategic about how much we choose to convert within a year.  It is always best to speak with a professional who can help you determine what makes the most sense for you.

Members of the editorial and news staff of the Las Vegas Review-Journal and Las Vegas Business Press were not involved in the creation of this content.