Skip to content
Sign up for our newsletter
section-ads_high_impact_1
BY BUCK WARGO SPECIAL TO LAS VEGAS BUSINESS PRESS
June 4, 2019 - 10:06 am 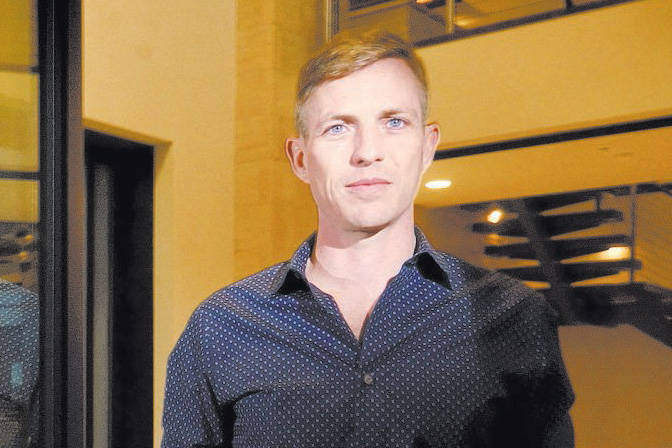 Architects and design professionals from across the country will see a different Las Vegas landscape this week on the Strip, in neighborhoods and in downtown compared to what they saw in 2005.

About 20,000 members of the American Institute of Architects will descend upon Las Vegas Wednesday through Friday for the first time in 14 years as part of its annual gathering that had the group in New York City a year ago.

No one is going to confuse Las Vegas with New York even though it has its own version of historic New York City on the Strip. The theme of this year’s conference at the Las Vegas Convention Center is “Blueprint for a Better Future” as the professionals hold workshops and do tours across the city, addressing the topics of sustainability, building energy performance, revitalization, and biophilic design, a concept for increasing connectivity to the natural environment.

More than 600 brands will be on display at the Architecture Expo trade show featuring the latest materials, products and solutions for the architectural community.

Robert Ivy executive vice president and CEO of AIA, said while Las Vegas is a great convention city for their community to get together and learn from each other, there’s a lot of lessons to take away from Las Vegas and go on tours of modern and historic homes, the Smith Center, Container Park and the Strip.

“Some of our leading thinkers have looked at Las Vegas as a place to learn from,” Ivy said. “It’s an iconic America city. We will see it from the outside and inside and see how you make this premier entertainment venue work. Architects love visiting architects and Las Vegas architecture is spectacular, but sometimes over the top.

Architects can look at these great examples and learn from them. We are interested in the American city, and Las Vegas in some way acts as a laboratory for that.”

Tyler Jones is the founder of luxury homebuilder Blue Heron, which was one of the first to begin creating modern architecture in the valley. The company will be hosting tours of its projects in MacDonald Highlands and Southern Highlands. Jones said it’s great timing to have the architectural community come to Las Vegas.

There’s been an evolution of design since 2005 that saw the Strip get away from themed resorts while homebuilders moved away from Mediterranean and Tuscan designs for more contemporary and modern looks.

“I don’t feel like Vegas has been taken real seriously in the architectural world, and I understand why,” Jones said. “It makes sense. I think we’re maturing as a city and to have the AIA come here is a nice opportunity for us as a design community to help educate the rest of the industry on what’s going on out here.”

Jones said Las Vegas and the West Coast has a reputation of building faux Mediterranean designs that was “norm’ for residential housing. Architects and design professionals, however, aren’t excited about disingenuous architectural styles like that.

“This hasn’t been a known place for designers,”Jones said. “On the Strip in the past has been about themed resorts that are an interpretation of a pyramid, castle or some other city like Paris. They don’t come across as authentic and interesting in design studies for people in our profession.”

Jones said projects such as Wynn, Encore, CityCenter and the Cosmopolitan are examples of modern architecture associated with their hotel brands. They are high-quality designs and not a replication from somewhere else in the world.

“All of that is more authentic and genuine to me and to other designers out there, and those are the kind of things bringing Las Vegas to more mature place in the design community,” Jones said.

That includes the Cleveland Clinic Lou Ruvo Center for Brain Health designed by world-renowned architect Frank Gehry and opened in 2010. It will be part of the AIA tours.

“Getting a name like Gehry to do any work in Las Vegas — I know he was adamantly opposed to considering a project in this town,” Jones said.

On the residential side, Jones said there’s been a “massive shift in awareness” with homebuilders understanding that since there has been a lot of Mediterranean-style in the past doesn’t mean that’s what everyone wants or needs. Jones said he’s glad to be leading a charge that’s been embraced by others in Las Vegas.

“That’s really apparent when you look at some of the new projects out there,” Jones said. “There’s even been a big shift in the last five years. There’smore of a modern aesthetics and functionality with open floor plans, indoor-outdoor relationships, outdoor spaces that take advantage of our climate and sustainable design and energy efficiencies.”

Caron Richardson, program and membership director for AIA Las Vegas, which is hosting the event, said it’s a great opportunity for the local chapter and architects practicing in Southern Nevada to showcase the work done here.

“It’s not just about hospitality, but residential, commercial and public works development that happens,” Richardson said. “The architects will get to see some things that tourists that wouldn’t normally get to see. “We’re doing some historical residential preservation tours, downtown art tours and typical things like out to Hoover Dam.”

The residential tours are in partnership with the Nevada Historic Preservation Society in the downtown area and feature tours of privately owned homes, Richardson said.

There will be tours of the new development, as well with Downtown Summerlin on the list, Richardson said. There will be back-of-house tours of casino hotels, she said.

“I think people who were here in 2005 and coming back will be surprised at the change,” Richardson said. “The idea that we want to convey is not only do we reinvent ourselves, but we are a source of talented architects who work really hard to make this town interesting no matter what type of project they are providing services for.”

The desert-modern residential style has evolved since 2005 with award-winning projects, Richardson said. The architects who were here 2005 won’t recognize the Lou Ruvo Center — but the World Market Center as well — and how that area is one of the most significant architectural areas of downtown, she said.

“In 2005 that was just a dream in a few people’s eyes and now it’s a reality,” Richardson said.

There’s a lot of preconceived concepts about Las Vegas, and whether you’re talking about architecture or lifestyle or culture, type of people who live here and what we do for a living, Jones said.

“My hope is they are surprised with some of the innovative things going on here,” Jones said. “There has been a meaningful push to mature and do some relevant work.”

Ivy said it’s more than just about architectural design. The AIA members look forward to seeing how Las Vegas moves people, houses them, entertains them and treats them.

“We’re interested in the total community environment,” Ivy said. “What motivation is there in this new environment you are creating for health and human wellness? Thousands of people are moving to Las Vegas and what is the attraction other than the obvious. How are they going to live together here in comfort and enhanced living environment”?