Skip to content
Sign up for our newsletter
section-ads_high_impact_1
By Craig A. Ruark Special to the Las Vegas Business Press
April 3, 2015 - 5:24 pm 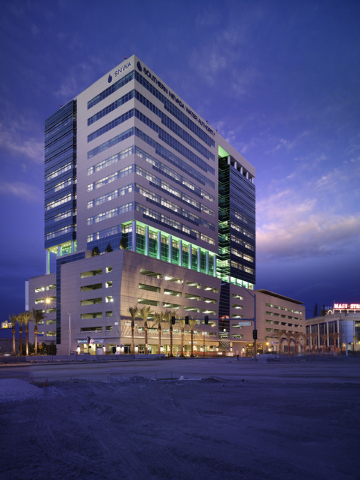 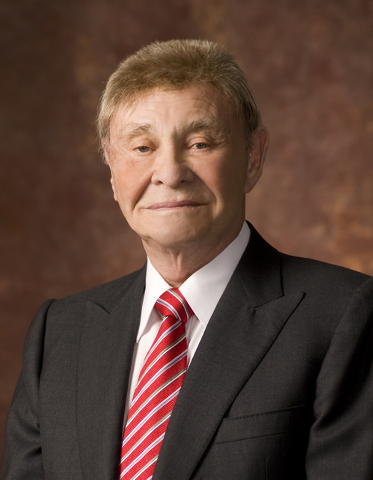 Although it may not be obvious from the outside, one of the healthies, most energy- and water-efficient buildings in Las Vegas is at the north end of Symphony Park overlooking the Spaghetti Bowl.

The building is the Molasky Corporate Center and was the first “green” office building in Las Vegas to be certified by the U.S. Green Building Council under its Leadership in Energy &Environmental Design, or LEED, certification process with a gold rating.

Building the first green building in Las Vegas was not without difficulty and took quite a bit of effort, said Richard Worthington, the Molasky Group of Cos.’ president and chief operating officer.

“When we started planning for this building in 2004, there were not a lot of architects or engineers with expertise in green buildings or the LEED certification process.” However, Molasky had always had the vision of leaving the world a better place.

Although the proposed $100 million building would cost an extra $4.5 million to qualify as a LEED Gold building, Worthington feels that it was well worth the investment.

“In addition to the rent premiums that we are able to charge for 290,000 square feet of space, the building is a healthier place for the tenants to work. We have more daylight which adds to less mental fatigue, and the under-floor air distribution system circulates fresh air faster than over-head systems, making the indoor air quality cleaner and healthier for the workers. In addition, we use cleaning products that do not emit volatile organic compounds, which can cause eye irritation and breathing issues.”

The building was also built with an efficient recycling system, has a bicycle sharing program, is within walking distance of the bus stop, and has a gym, bank, grocery, and printing facility that lets workers drive less and reduce their carbon footprint.

Worthington attributes the health benefits and green advantages of this building to the fact that, of the approximate 4-million square feet of Class A office space available in Las Vegas, his is the only building with zero-percent vacancy compared with the average of 10 percent across the valley. His building also has minimum tenant turn-over.

“I think it has become the wave of the future and the more green buildings that are built, the more it becomes the standard that everyone will have to follow,” Worthington said.

In 2014, after nearly 10 years of operation, the Molasky Corporate Center was recertified under the latest and even more difficult to achieve USGBC LEED gold standard.

“It just my personal theory,” Worthington said, “but I believe that the buildings with LEED Gold and Platinum certifications are being built or leased by companies who place high value on their employees’ creativity and view their productivity output as the company’s most important commodity and asset.”

“We learned what works and how to do it better,” Worthington said. “Once you do it, it’s not as scary, and in some areas of the country, Portland, Oregon, for instance, you don’t even consider building an office building unless it is LEED certified.”

Along with the efficiencies in construction since the completion of the Molasky Corporate Center have been advances in technology and the availability of green building materials.

“For instance, the cost of solar panels has dropped significantly and the efficiency has improved to the point where the payback has dropped from 14 years down to six or seven years,” Worthington said. “In the early days, we were asking contractors to recycle trash and construction waste and not use any volatile organic compounds in glues or paints or materials and it was a huge learning curve to find the ways to accomplish these goals. Now it is quite common.”

Because of his commitment to green buildings, Irwin Molasky received a Lifetime Achievement Award from the Nevada chapter of the U.S. Green Building Council during its Green Gala Leadership Awards banquet in December.