Skip to content
Sign up for our newsletter
section-ads_high_impact_1
BY BUCK WARGO LAS VEGAS BUSINESS PRESS
May 28, 2019 - 10:28 am 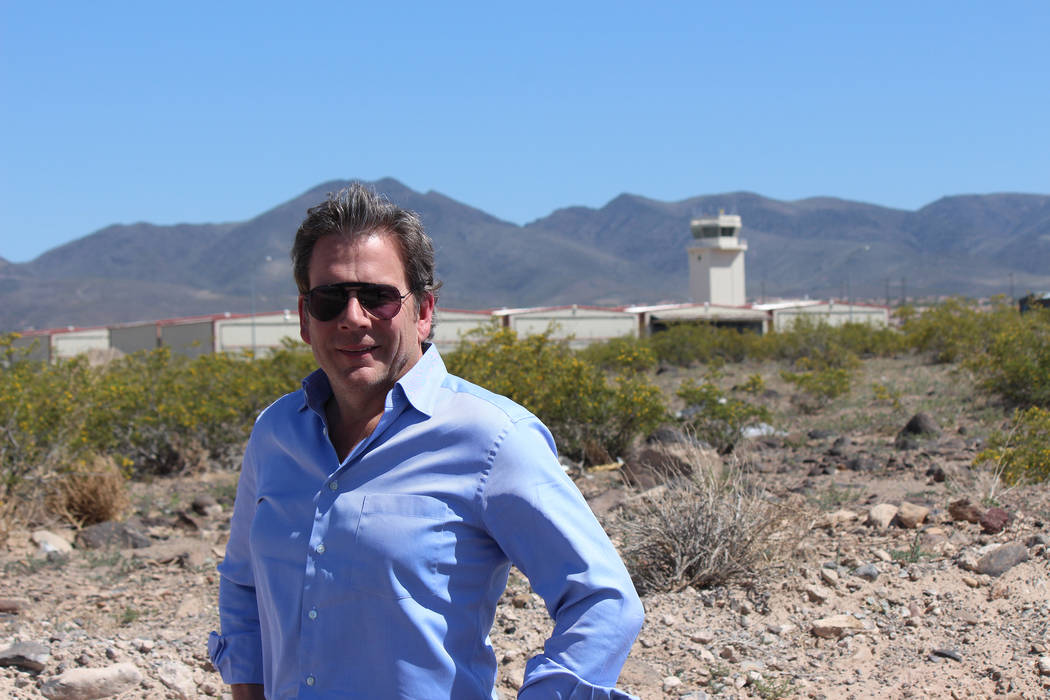 For all the job growth and expansion in the Las Vegas economy, a lack of land and its high cost is restricting growth in the valley, experts told the Southern Nevada real estate and development community.

That view about one of the big obstacles facing the valley that especially hurts office development came up Thursday during a breakfast meeting of NAIOP Southern Nevada at The Orleans.

Jeff LaPour, founder and president of LaPour, a commercial real estate and development firm based in Las Vegas, said land has always hampered Southern Nevada, and nothing has changed.

“Land cost and land availability are probably the biggest thing that’s hindering population growth and has a chokehold on the valley when you compare it to Phoenix and other markets,” LaPour said. “Even tight markets like Denver have more ability to grow than we do. I don’t think it’s anything in the economy that’s an issue for our state even through there’s been some layoffs in gaming. I think we’re being choked by the lack ofavailable land.”

Industrial development has had its best run since the Great Recession a decade ago and throughout the recovery, LaPour said. That’s primarily large distribution centers that have been fueled, not so much on local growth and expansion, which LaPour called OK, but from “out-of-state uses that have chosen Southern Nevada for logistics purposes,” primarily in North Las Vegas.

“The appetite for industrial is the strongest I have ever seen it,” said LaPour, who added it isn’t a liquid market. “Most of the groups that build here are holding. It took a long time for the high-water mark to come back. The most expensive industrial building was probably in 2005 or 2006 at $132 a square foot, and you’re just now coming back to that mark. Most markets have surpassed the previous peak two to three years ago. We’re just getting there on industrial but office is lagging behind.”

Marlene Fujita, senior vice president of capital markets and investment properties in Las Vegas for CBRE, said there’s is7 million square feet of industrial space under construction and in the planning stage, compared to about 500,000 square feet for office.

“We have a strong need for additional office space,” Fujita said. “We need more new buildings, especially in the call center arena. Land costs are prohibitive and when you’re trying to attract tenants at seven per 1,000 parking needs you can’t do it with the land costs where they are at right now.”

LaPour said the southwest valley remains the most desirable location but he called that “a very short piece of road that starts at Interstate 15 and ends in Summerlin near Sahara Avenue. That’s where everyone wants to be for convenience, housing and amenities, he said.

LaPour said the valley’s office market of about 45 million square feet is small by most measures. Most of that is suffering from some level of functional obsolescence, he added.

“Some of the offices here are probably better off as vacant land today,” LaPour said. “When you look at what’s out there and weighing on people’s minds to start new construction, it’s not an overhang of vacancy. It’s always been high. New product sells, and there’s expansion (potential) here with pent-up demand. With the exception of Summerlin, there hasn’t been a new office building built since 2010 or 2011. I might have even built the last one in 2008. It’s been a long time.”

LaPour said there’s going to be new value reset on office as well. LaPour is building a four-story office building on the Las Vegas Beltway of 100,000 square feet.

“Those values will be in excess of $400 a square foot, which hasn’t been achieved here yet,” LaPour said.

Adam Horowitz, a principal with Lever Capital Partners, which finances projects across the country, including in Las Vegas, said there’s a lot of capital, both debt and equity, for commercial development. The question is who they are going to lend the money to because the economics have to make sense, he said.

“Certainly at the end of the last cycle they were handing out money like cotton candy at a fair and now they are being much more particular in who they are lending to,” Horowitz said. “What you have noticed in the valley over the last two years is most of the deals are getting done by people like Jeff LaPour and well-known people in the community who’ve have done a lot of deals in the past.”

Horowitz said it’s more difficult for smaller developers to get financing because investors and lenders want experience. That won’t be getting better anytime soon as fears of a national recession hitting in 2020 or 2021 weigh on the minds of investors, he said.

“As we get closer to some type of pending recession the lenders and investors are getting nervous,” Horowitz said. “They want to know that you have been there and done that before. The challenge for the smaller developers is that there is money out there but the question is at what cost.”

“That just doesn’t pencil out because construction costs are rising and labor costs are rising, and now you increase the amount of equity and interest rate on the loan you are getting. They’re not penciling,” Horowitz said. “We have seen a lot of deals that have been announced that probably won’t get built, and they are ones that are going to get built are by strong developers.”

Fujita said investment sales are down companywide, which she said is investors being cautious because “we are feeling this energy are we close to a recession.”

No one is predicting a recession at this time.

Horowitz talked about high consumer confidence and job growth being good. He said they will know a recession is coming when capital slows down.

LaPour said there’s no indication of a recession hitting in Nevada. Fujita added that construction isn’t out of control and lease rates aren’t skyrocketing in commercial.

Horowitz said the biggest concern he has about a recession is with national sentiment about Las Vegas, given what happened in the past.

“The national sentiment is when a recession does come that Las Vegas will be hit hard,” Horowitz said. “We don’t feel that way. We are constantly trying to change that narrative, but it’s still out there.”