Skip to content
Sign up for our newsletter
section-ads_high_impact_1
BY BUCK WARGO REAL ESTATE MILLIONS
November 8, 2022 - 10:59 am 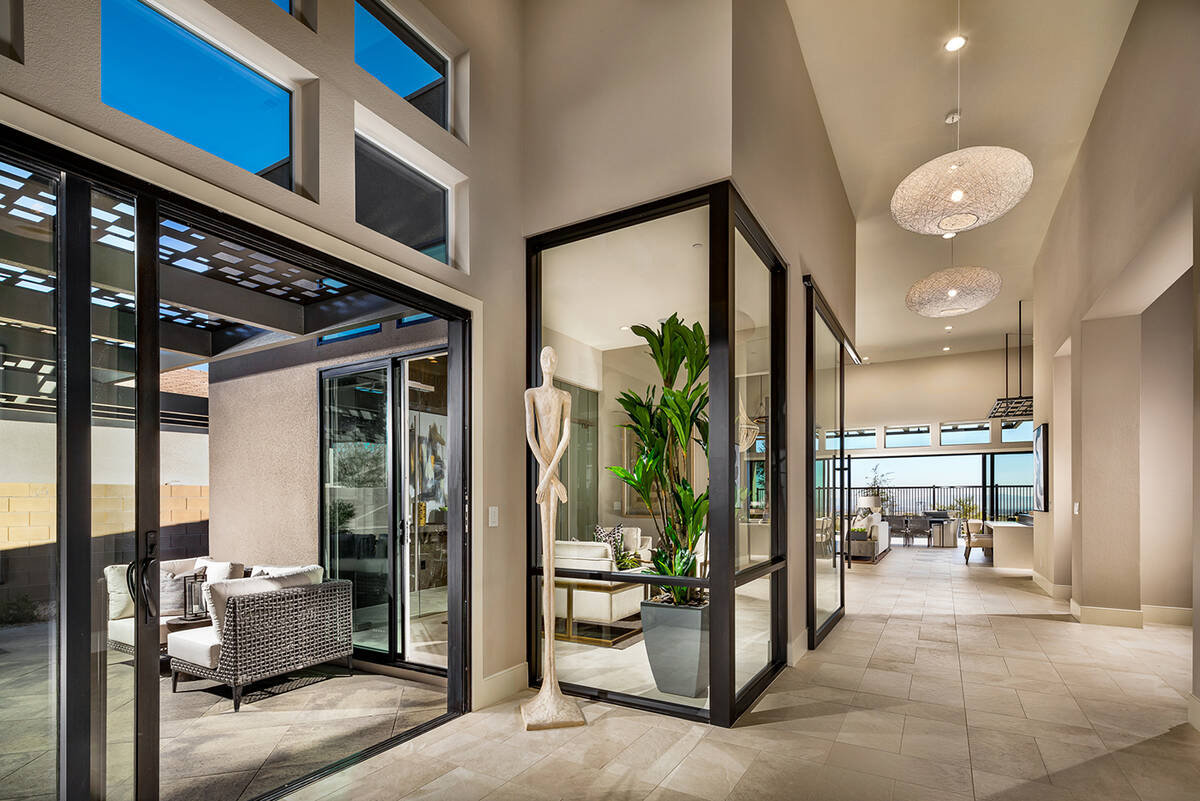 People are expected to move into new Lake Las Vegas luxury homes by the third quarter of 2023. (Toll Brothers) 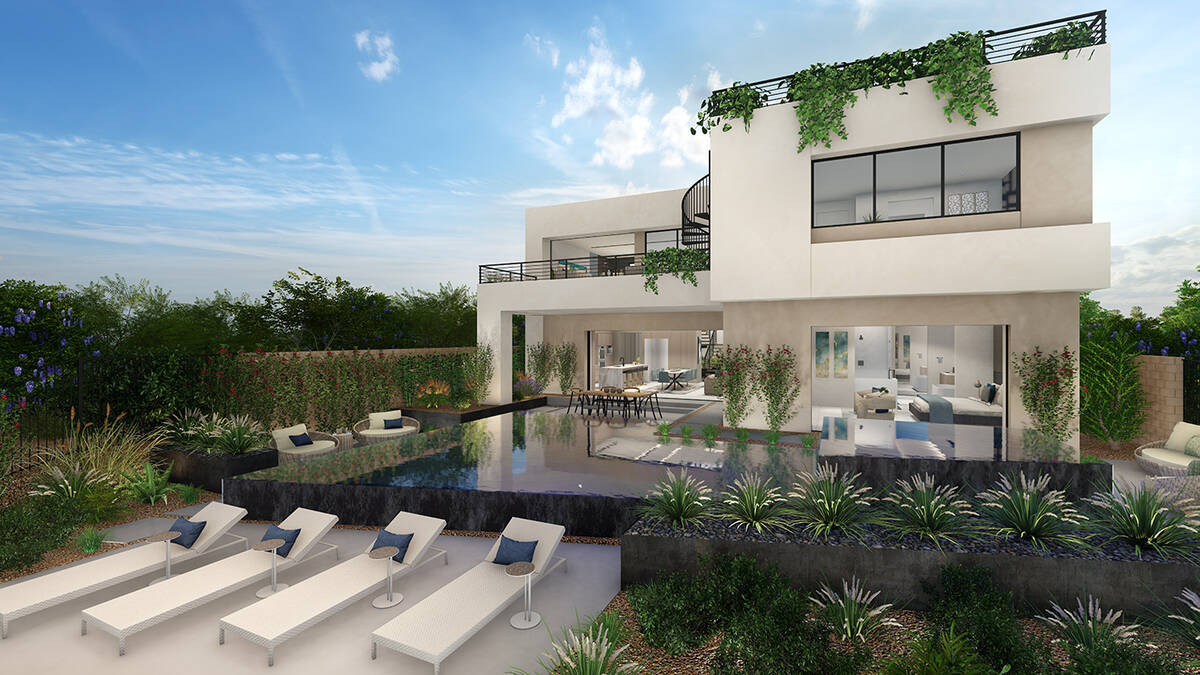 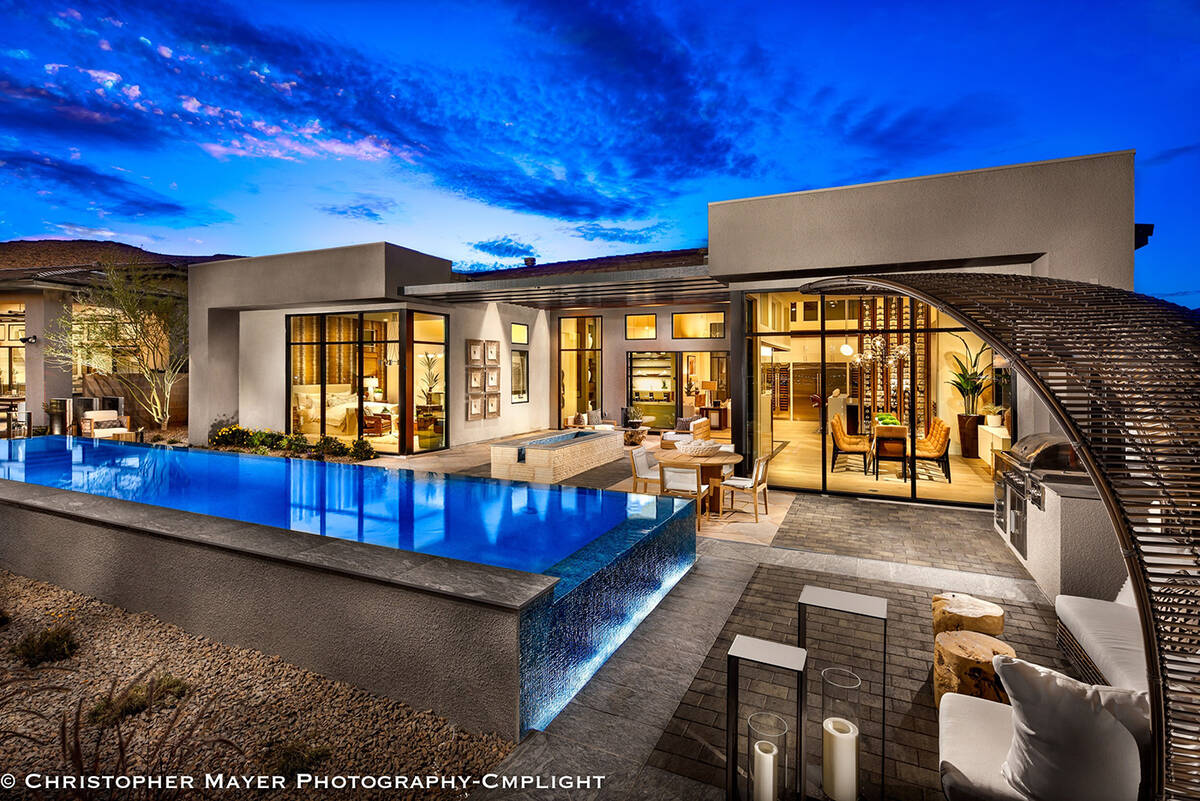 Production luxury builder Toll Brothers just started building models and is taking sales orders on an area across from The Island but considered part of the development. (Toll Brothers) 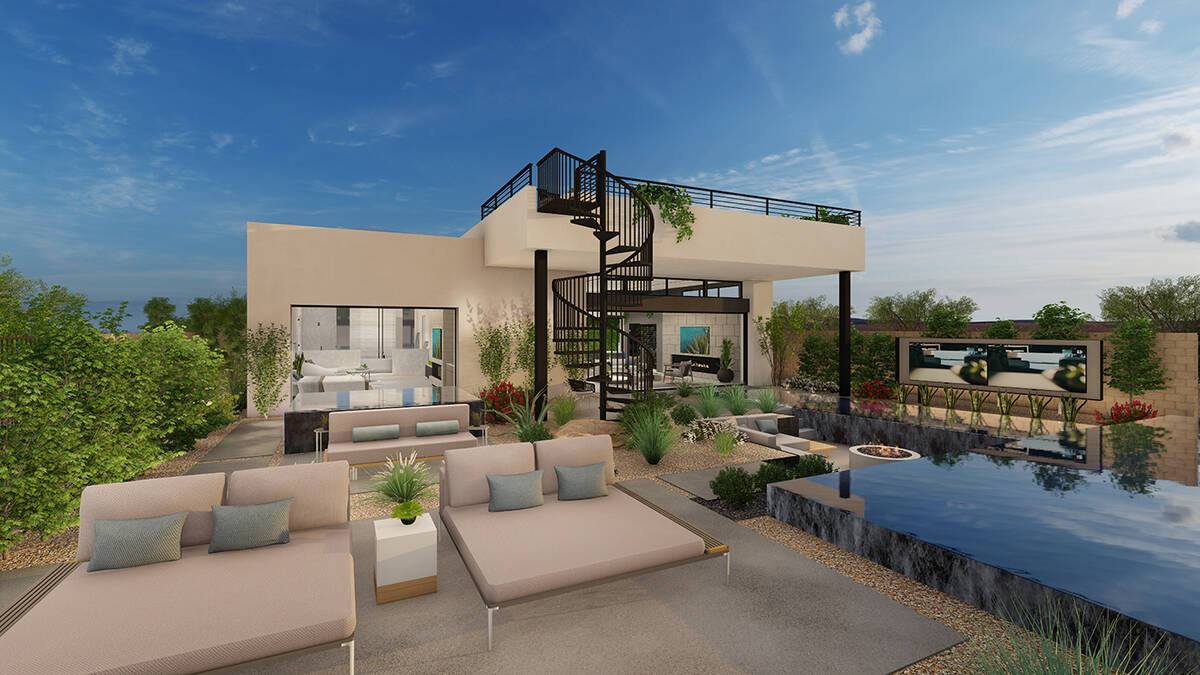 Blue Heron Blue Heron is building a community called Velaris in Lake Las Vegas' The Island luxury development. It will have 41 home sites with one-story and two-story homes that range from 2,870 square feet to 4,688 square feet. 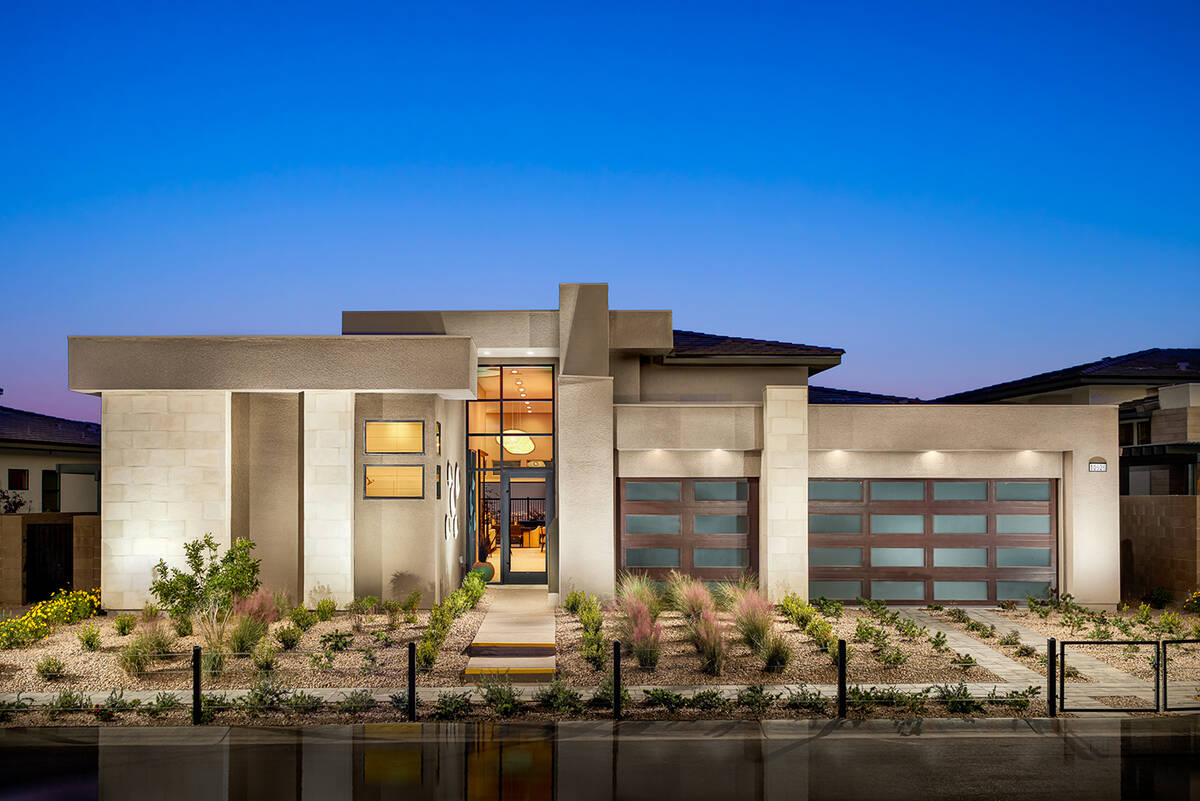 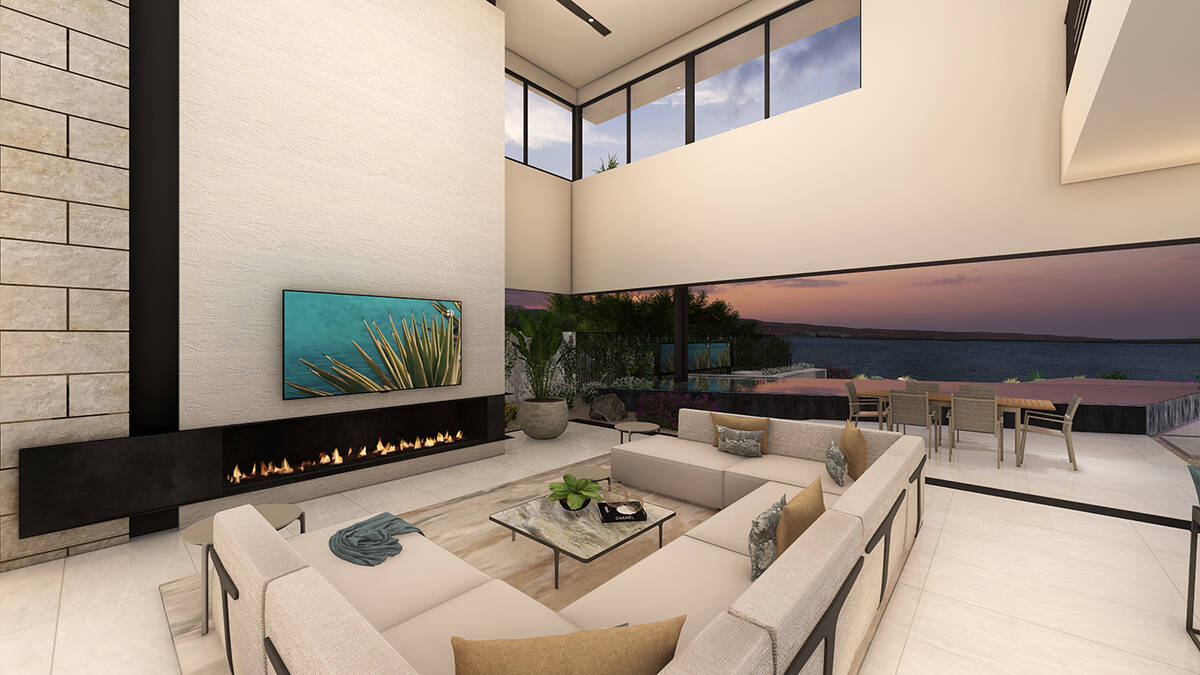 Blue Heron This artist's rendering shows what the luxury home in Lake Las Vegas's new development, The Island will look like. Blue Heron will build 37 homes with large lots in a community called Arvada. 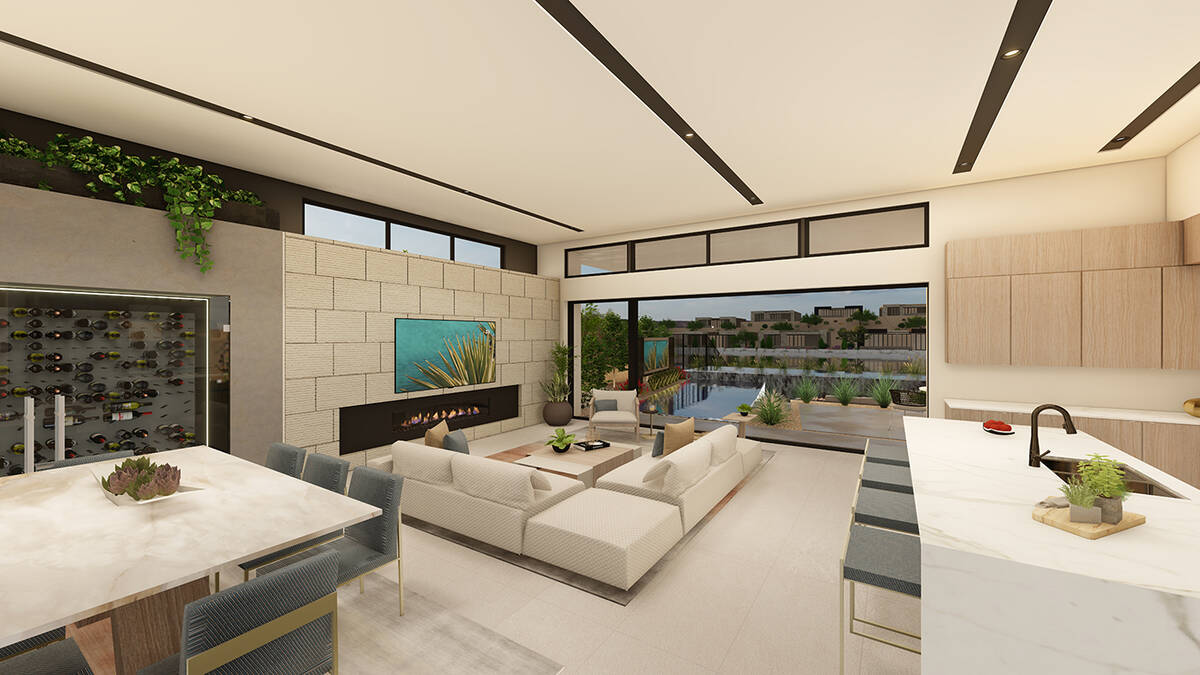 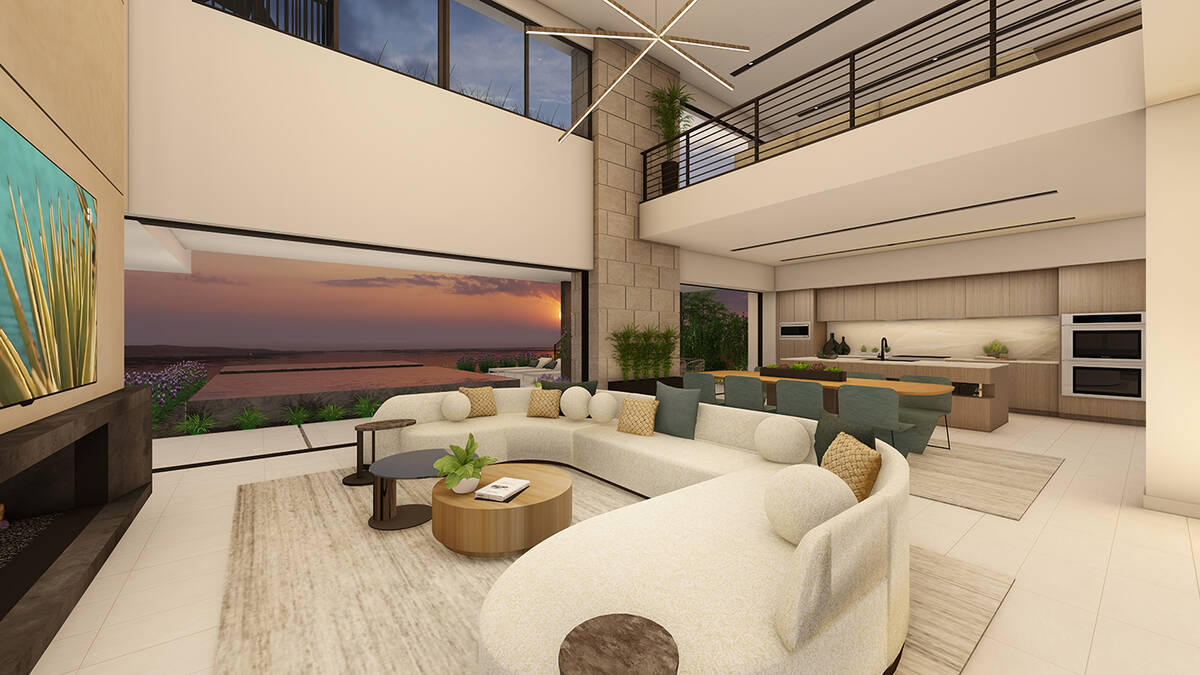 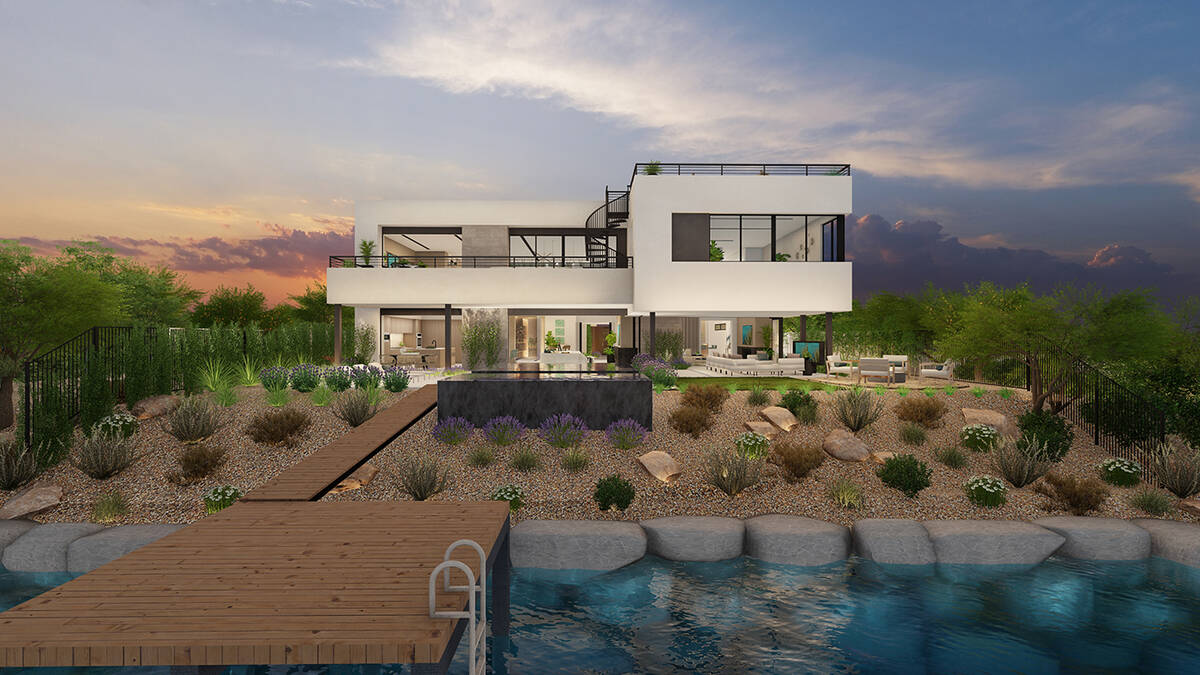 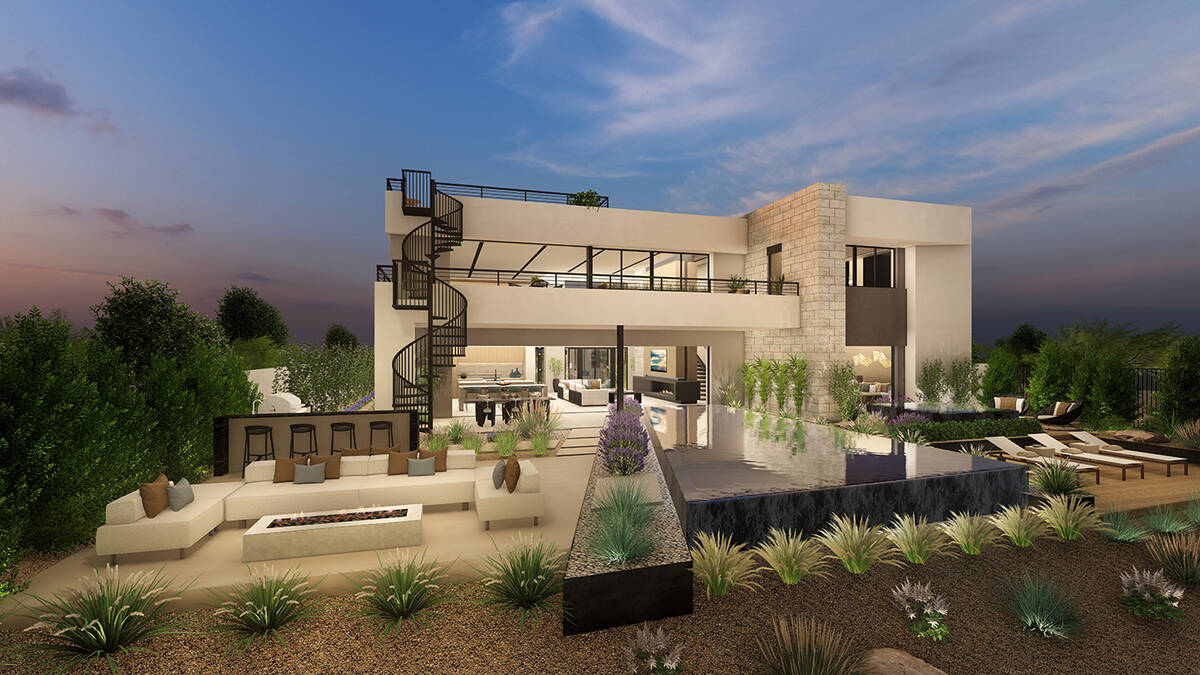 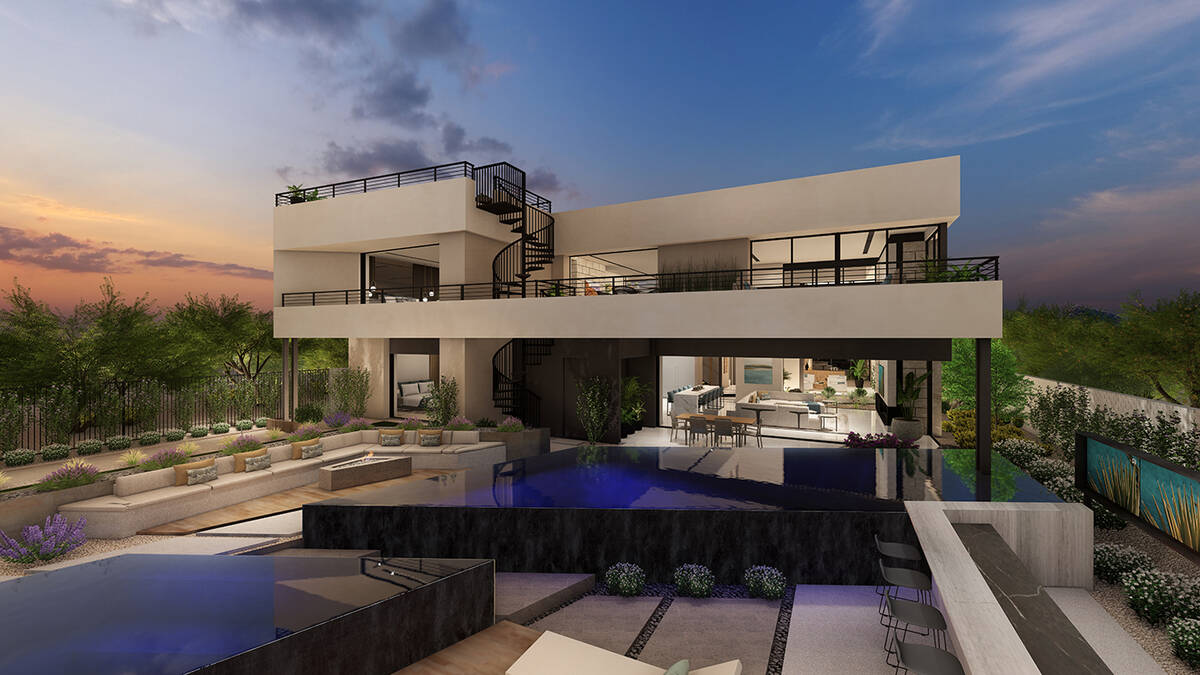 Lake Las Vegas in Henderson has detailed plans for what it calls its best luxury development yet on 60 acres — a parcel completely surrounded by water and hence its name, The Island.

Located on the North Shore of Lake Las Vegas north of the Westin Lake Las Vegas hotel, the luxury enclave accessible by a land bridge will feature luxury homes built by Toll Brothers and Blue Heron. There also will be custom lots. Lake Las Vegas has sold all but 25 of its waterfront lots to builders and homeowners, making this development a prime destination that buyers have been seeking for years.

“If you took Toll Brothers, custom architecture of Blue Heron and put it surrounded by water on an island, this has to be one of the best addresses in Henderson or maybe in Southern Nevada,” said Pat Parker, president of Raintree Investment Corp., the developer of Lake Las Vegas. “This is the best, and the last of the best.”

Lake Las Vegas will formally announce its plans at a groundbreaking event on the site in early December.

Parker said 222 homes will be built on The Island. Some models have already started construction and sales are underway with people expected to move in by the third quarter of 2023.

“The Island will have its own beach, its own gates and have its own trails and its own identity and landscaping,” Parker said. “This is like having a small community on 60 acres within the larger community of Lake Las Vegas.”

Production luxury builder Toll Brothers just started building models and is taking sales orders on an area across from The Island but considered part of the development. People are expected to move into those homes by the third quarter of 2023.

Blue Heron will build 37 homes with large lots in a community called Arvada. the two-story homes range from 4,872 square feet to 7,749 square feet.

Blue Heron is building another community called Velaris. It has 41 home sites with one-story and two-story homes that range from 2,870 square feet to 4,688 square feet.

The prices for Arvada will start in the mid-$2 millions, while Velaris starts in the mid-$1 millions.

Chris Beucler, president of Blue Heron Nexus, the company’s boutique communities, called it the best offering the Nexus has had to date.

“It’s a tremendous opportunity for people to have lakefront living,” Beucler said. “The island is special in that it’s double-gated and in our Arvada product it offers all lakefront homes. On the Velaris side it offers the waterway homes as well as inland homes all within this very exclusive and secluded community within Lake Las Vegas. It will be the premier offering in Lake Las Vegas, and we’re thrilled to death to be a part of it.”

Beucler said they’ve been planning and designing the project for the last 18 months and are glad to get started. He said they feel they “hit the lifestyle” that they’re trying to accentuate.

The Arvada homes are “a once in a lifetime opportunity” because every lot is lakefront. People will have private docks.

Beucler said he expects Blue Heron to be selected by lot owners to build custom homes, which he expects to range between $3.5 million to $7 million.

Custom lots are being sold on the two parcels of land in The Island. Las Vegas Sotheby’s International Realty is handling that. The two sections have 30 lots and have an estimated price in excess of $1 million.

“Some of the buyers are repeat customers (in Lake Las Vegas),” Parker said. “They know what they want and have been waiting for these lots and may already have their house in mind. A custom lot takes about a year-and-a-half to build a custom house.”

“We’re in the stage where pavement is in, landscaping is going in now, all the lots have been built,” Parker said.

There will be a 1-acre park and trail along the water for all residents of The Island to use. A beach for Island residents will be located near the guard gates.

The 3,600-acre master-planned community with a 320-acre lake is nearing the end of its development. The 25 waterfront lots are left to be developed across from the Toll Brothers community on The Island.

“Those have not been sold,” Parker said. “We are going to wait until we are all done. In two years, we might have 25 more, (waterfront lots) and that’s it. That will be the last of it. There will be nothing left.”

Parker said Lake Las Vegas has about 200 hillside lots yet to be sold and they won’t be disposed of for another three to four years.

“In the next five years, Lake Las Vegas will be a completed project,” Parker said.

Lake Las Vegas has about 4,000 homes and the final build out will be 5,800 homes. The land for those remaining home projects has been sold to builders, Parker said.

“We’re extremely excited,” Parker said. “This has been the plan all along to work around the master plan and get to the best and save the best for last.”

For more information about the Lake Las Vegas custom lots at The Island, reach out to tammy@lakelasvegas.com.

Another active luxury community in Lake Las Vegas is Shoreline, which has models under construction. There are two-story and three-story options starting at $939,990.

Strata, named after the layers in the surrounding rock formations, is a gated community featuring 19 homesites with spacious backyards. Prices start at $1.32 million. There are single-story and two-story plans and homes range from 2,870 square feet to 4,688 square feet.

Caliza on the North Shore is perched on an elevated bluff that cascades toward the water. They are two-story homes with three floor plans ranging from 5,610 square feet to 7,749 square feet. They start at $2.14 million.