Skip to content
Sign up for our newsletter
section-ads_high_impact_1
By Buck Wargo Real Estate Millions
February 6, 2018 - 10:02 am 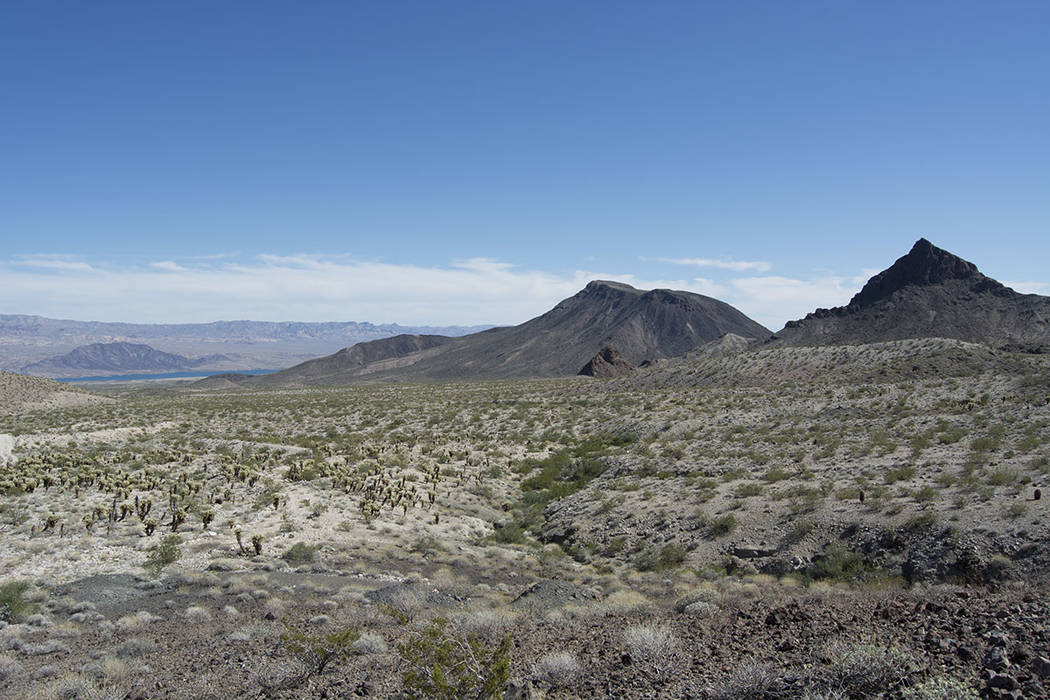 This 20-acre site is north of the Cottonwood Cove Resort and Marina southeast of Las Vegas. (Tom Love Group) 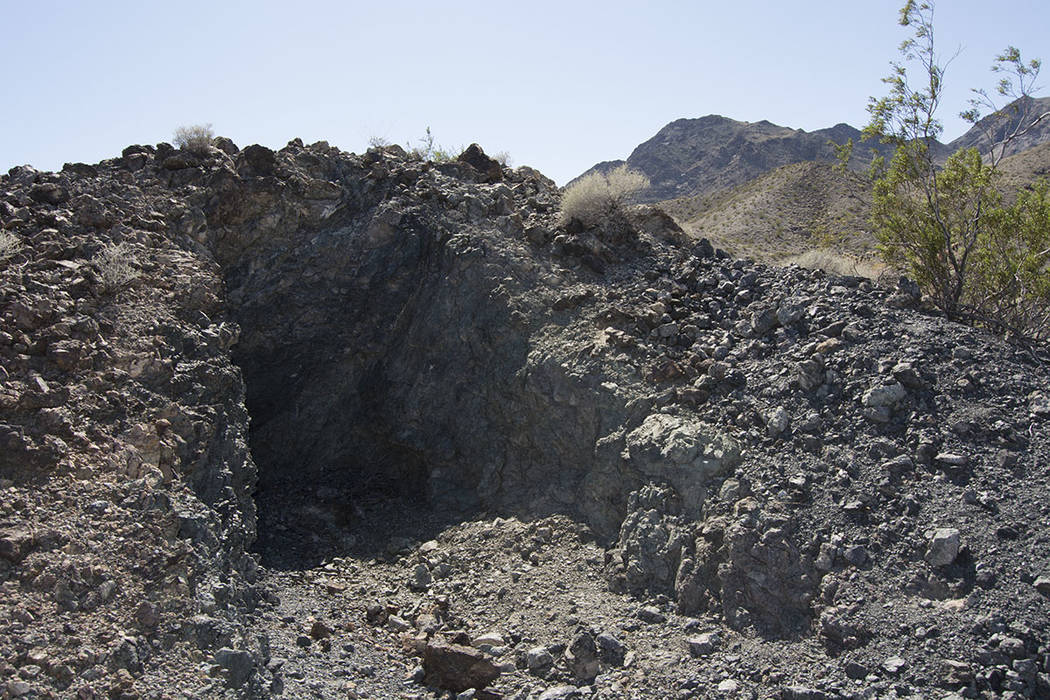 The Rockefeller Mine has been placed on the market for $5.4 million for the 20-acre site, plus a 10 percent gross royalty on the production on the property. (Tom Love Group) 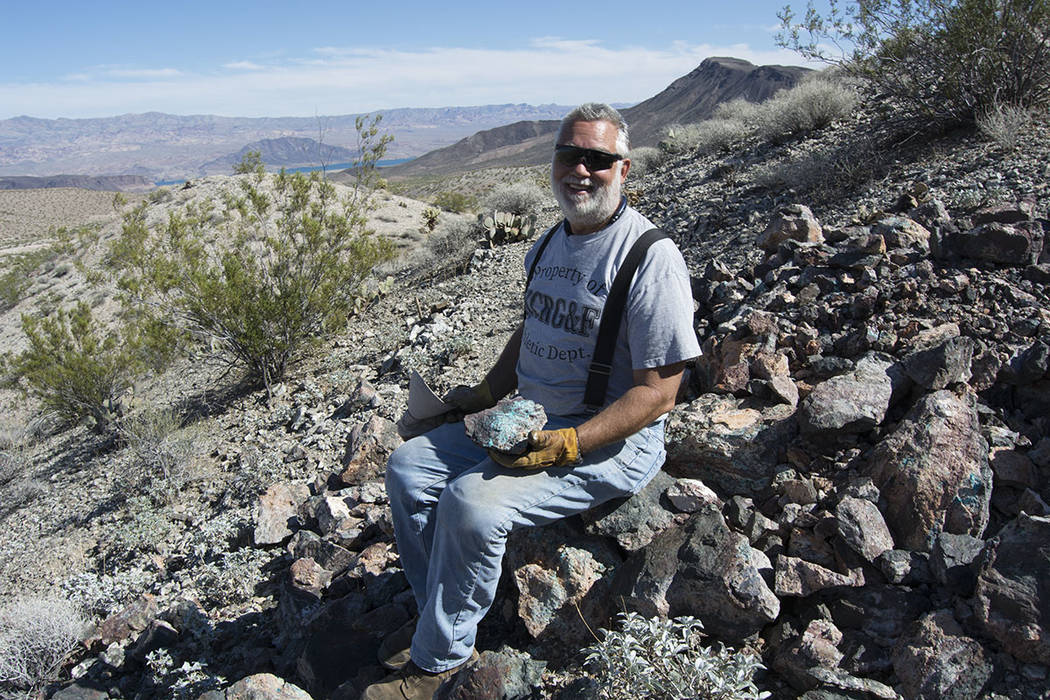 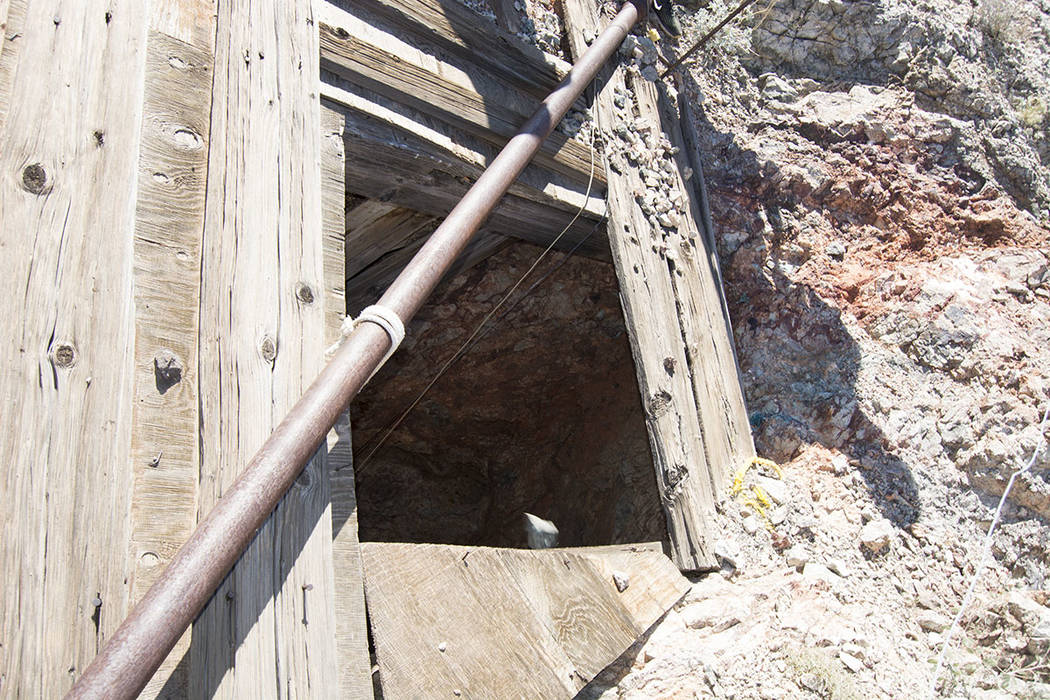 The property is posted for no trespassing and people are encouraged to stay off the property and don’t go on it without an escort because of the danger of falling into a shaft. (Tom Love Group) 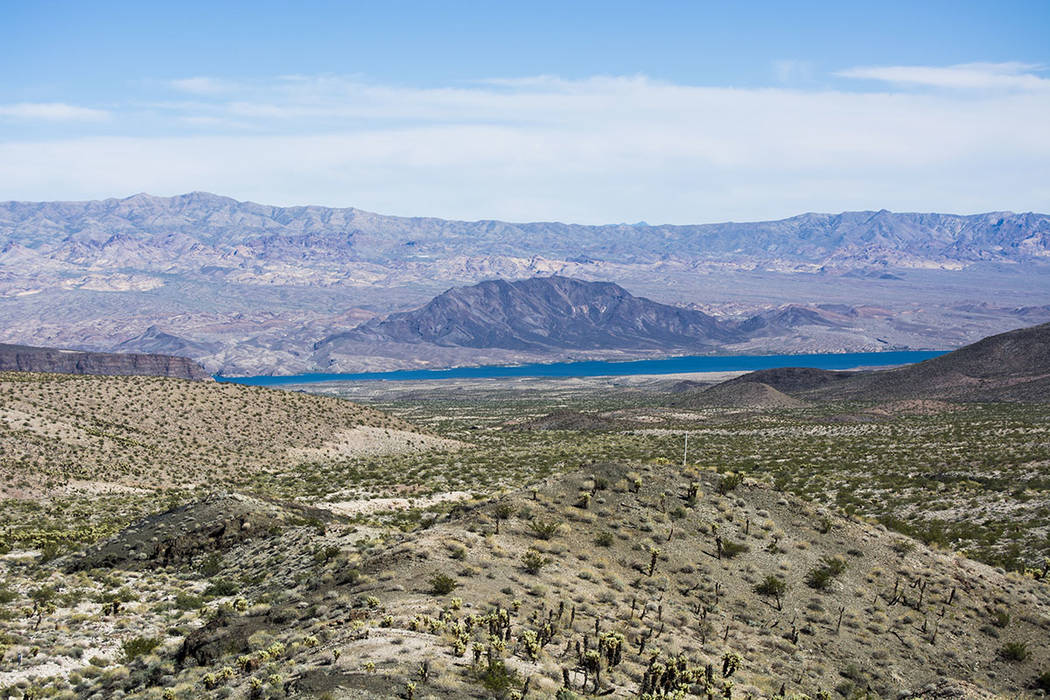 The 20-acre property looks over the desert and mountains. (Tom Love Group) 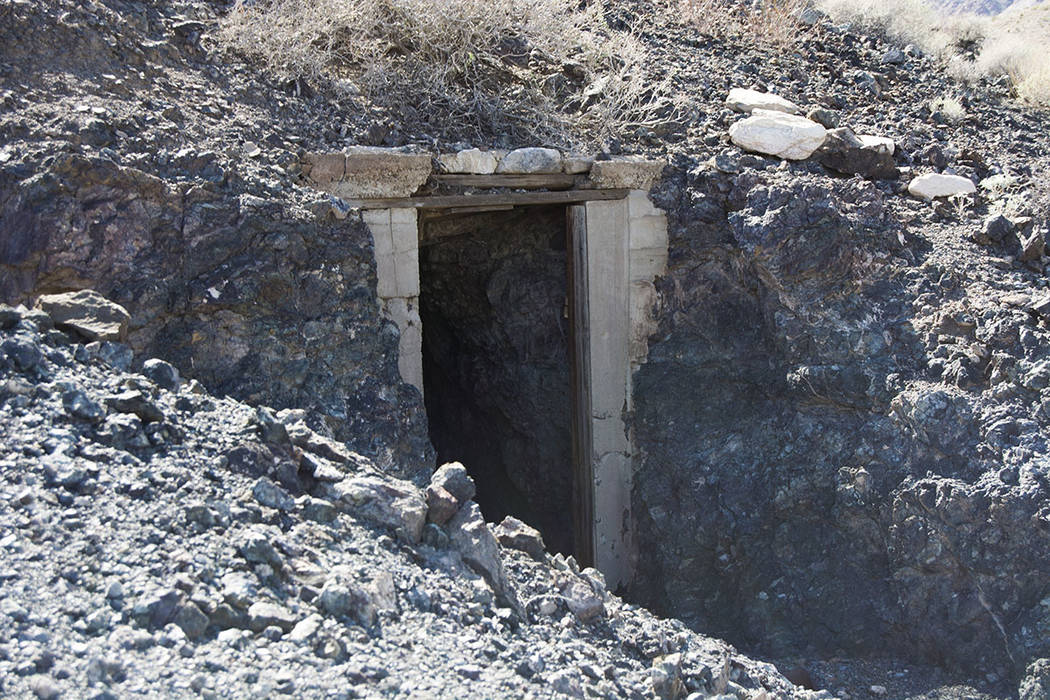 The Rockefeller Mine hasn’t been mined since prior to World War II. (Tom Love Group) 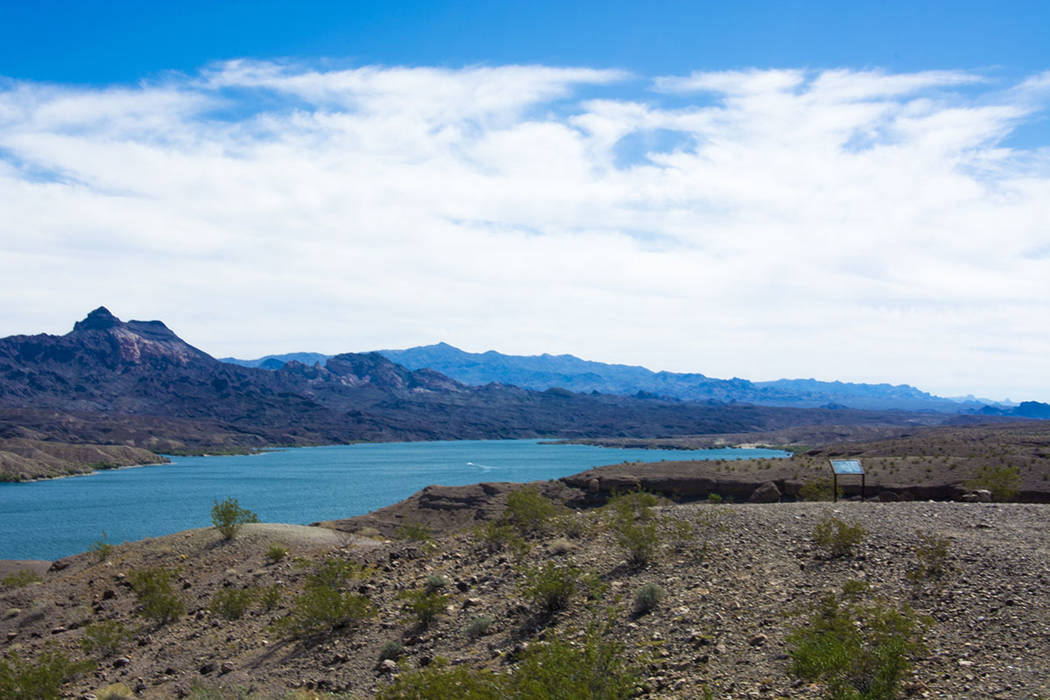 The property is near the Cottonwood Cove Resort and Marina. (Tom Love Group)

When it comes to acquiring this piece of Southern Nevada real estate, there’s nothing wrong with getting the shaft.

In fact, it can be quite lucrative, and not your typical listing of Las Vegas luxury real estate company The Tom Love Group.

The Realtor has a listing of the Rainbow claim that’s known as the Rockefeller Mine that hasn’t been mined since prior to World War II. Located north of the Cottonwood Cove Resort and Marina southeast of Las Vegas, it has deposits of gold, silver, copper, lithium, cobalt, platinum and other precious metals.

The owner of the mine is the Pierce family of Nevada. They have had it since 1980, acquiring it from Edward Seggerson after Pierce family patriarch Stanley William Pierce, an attorney, gained possession of the property in exchange for legal services for Seggerson, according to Pierce’s son, David Pierce, who said the family owns it 100 percent.

The mine is listed for $5.4 million for the 20-acre site, plus a 10 percent gross royalty on the production on the property. The other option is the buyer to pay $10 a ton on what Pierce describes as a conservative estimate of 36 million tons of precious metals. That would be a price of $360 million, according to Coke Sarma, the listing manager for Tom Love Group.

“We’d take a tremendous loss, but a lot of these mining companies don’t want to get stuck with someone in their back pocket for all of these years,” Pierce said of selling out completely. “This way they are only paying $360 million for the site and don’t have to worry about giving us 10 percent.”

None of that includes the so-called apex mining rights, which are the horizontal rights that extend miles off the 20-acre site.

Decades ago, waste rock on the site was removed and processed, and that was the last removal of minerals, Pierce said. Copper deposits are close to the surface, but the claim has been mined to a depth of 400 feet, Pierce said.

“The mine is supposed to have been owned by the Rockefeller family,” Pierce said. “That’s the story I’ve been told by the old-timers around there. The mine was in operation before World War II, and it was shut down during the war effort.”

Pierce said his family owns other mining rights in Nevada and has some on the market, and the prospects for this one are exciting given geological studies the family has done on it and the ability to process the materials. The apex rights run 22 miles, and conservative estimates have the minerals worth trillions of dollars.

“The apex is huge and goes into Arizona, and conservatively it is worth $14.3 trillion,” Pierce said. “You can’t determine the whole value until you drill it. It’s a pretty rich mine.”

Seggerson acquired the property in 1970 at a time gold was selling for under $40 an ounce. The Arab oil embargo and spike in oil prices in the 1970s drove up the price of gold that decade. Pierce said he always has had an interest in mining dating to his childhood and excited about what the property will net.

“My dad used to take my sister and me to the jungles of South America to dredge for gold when I was a little kid in the late 1960s,” Pierce said. “This is how I have my knack for finding precious metals and learning how to process.”

Pierce said he sought out Tom Love Group because selling mines isn’t simply reaching out to mining companies and getting them to buy the properties.

Pierce said it’s difficult to approach the mining companies, but they put out feelers to them and explored all of their options.

“It’s not just the mining companies. There are a lot of people who want to get into mining but don’t know all of the things that are available, especially for high-grade properties like this,” Pierce said. “We reached out to Tom Love Realty because they sell some of the most expensive houses in the valley.”

Pierce said some business owners see owning a mine as a way to hedge against the economy and other commodities they own. It’s exciting to own a mine, but sometimes people are skeptical about what you have and can make sales challenging, he said. The property has been listed for five months.

“The numbers are astronomical, and sometimes people think the numbers are too good to be true,” Pierce said. “That’s why we have such a low price to participate in the royalties because that’s where the money is.”

Sarma said his clients are “movers and shakers in the valley,” who are business owners and might be interested in owning a precious-metal mine.

“Most of the time we are selling real estate, but you’re selling the land people don’t retain the rights to the minerals,” Sarma said. “We are trying to sell the land, and there’s value in the land like any other property. It’s like a $10 million home is worth more than a $1 million home. The dirt is more expensive because of the potential it has to offer.”

The property is posted for no trespassing and people are encouraged to stay off the property and don’t go on it without an escort because of the danger of falling into a shaft, Sarma said.