Skip to content
Sign up for our newsletter
section-ads_high_impact_1
BY BUCK WARGO LAS VEGAS BUSINESS PRESS
October 15, 2019 - 10:25 am 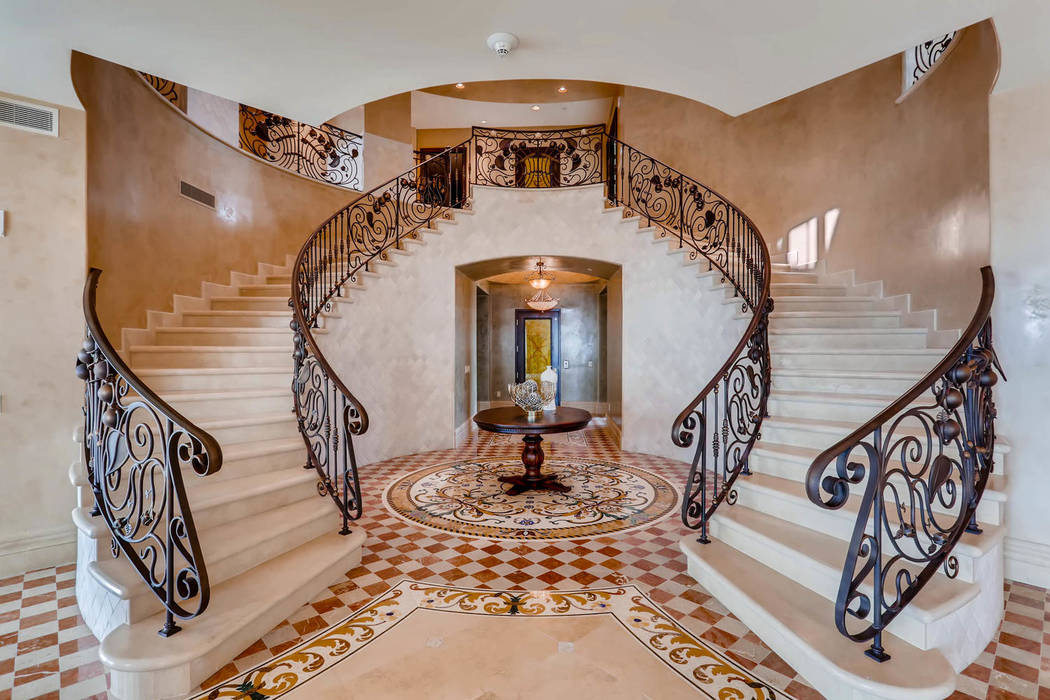 Unit No. 1802 at One Queensridge Place set a record for highest-priced penthouse sold in Las Vegas at just over $8M. (Char Luxury Real Estate) 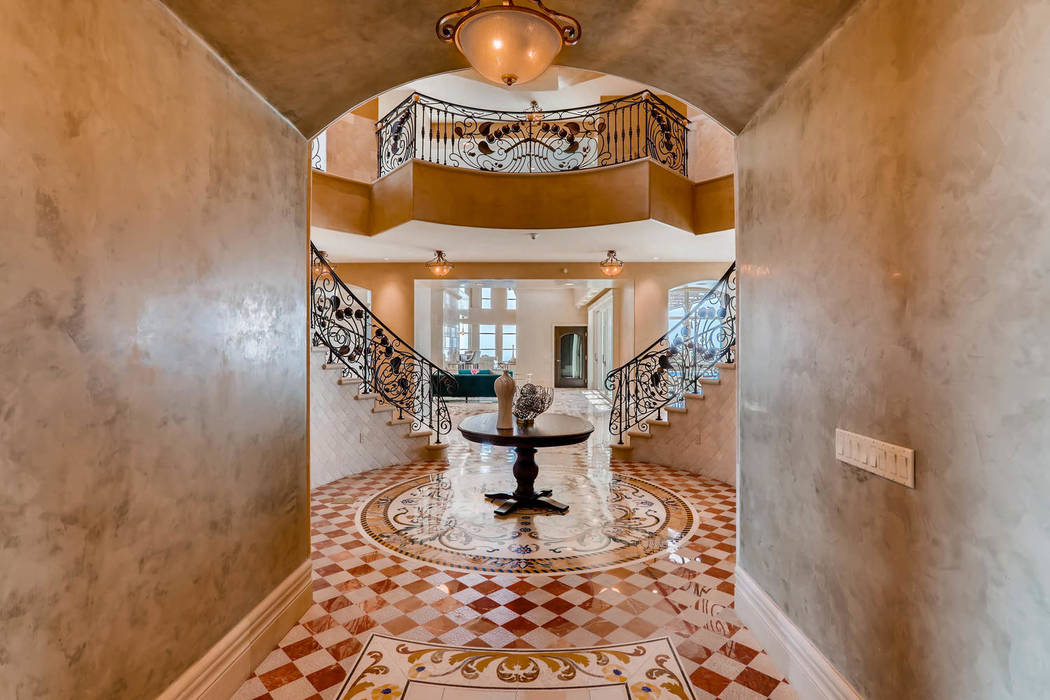 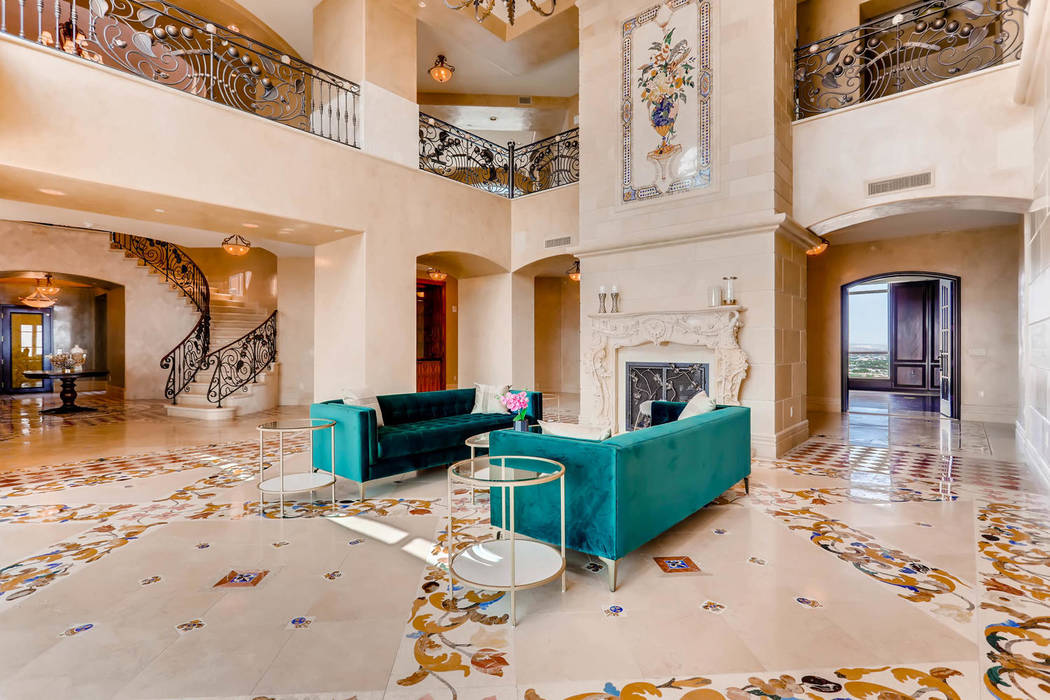 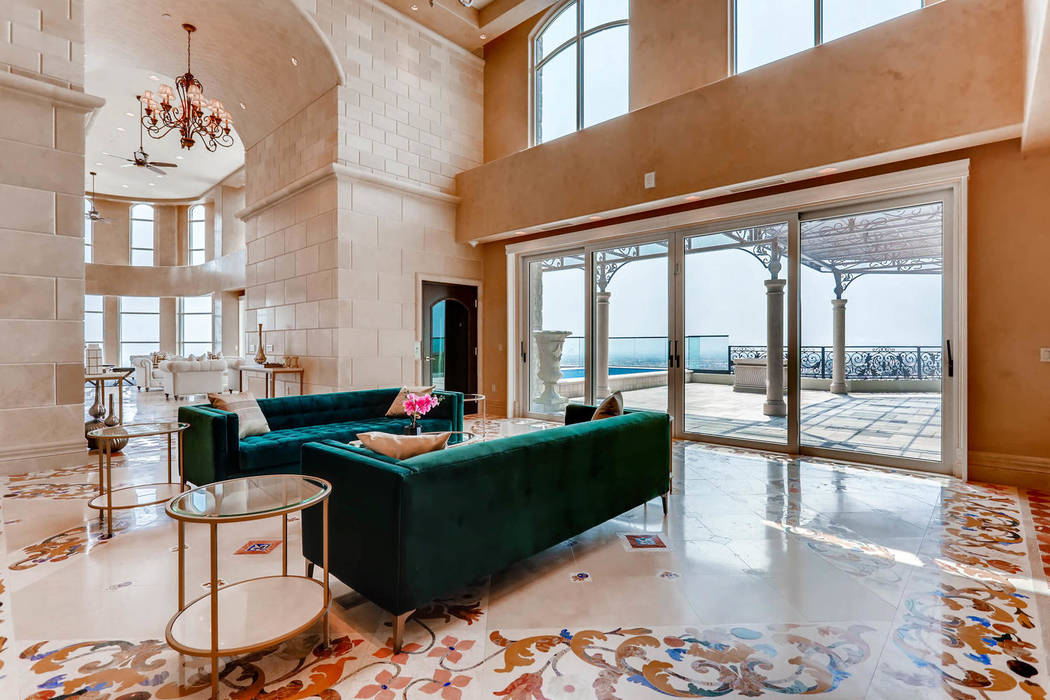 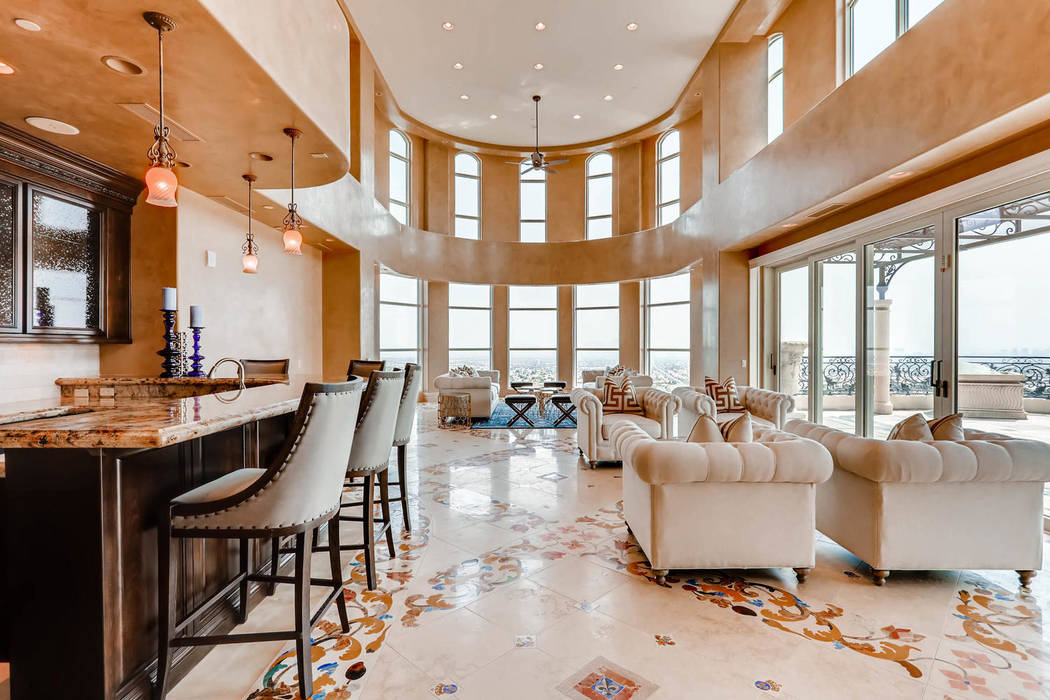 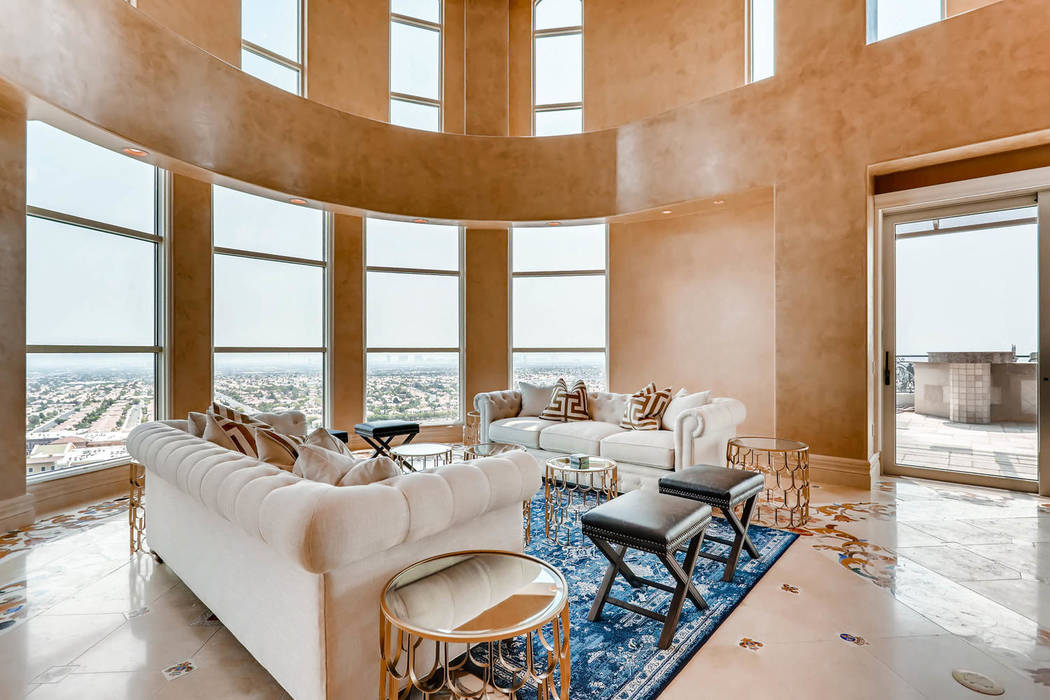 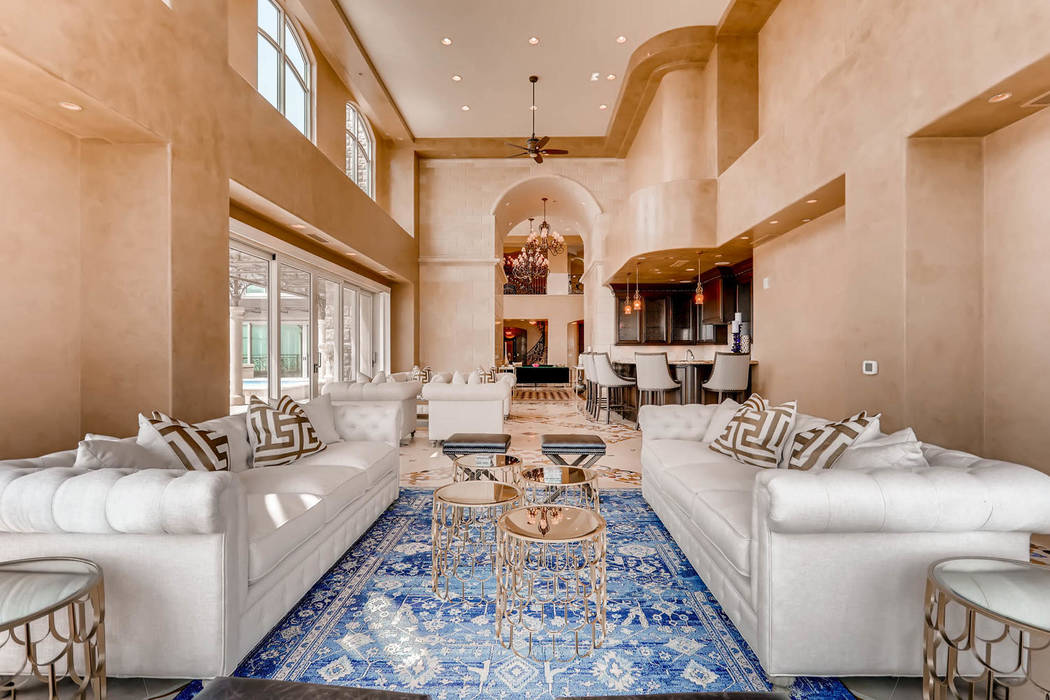 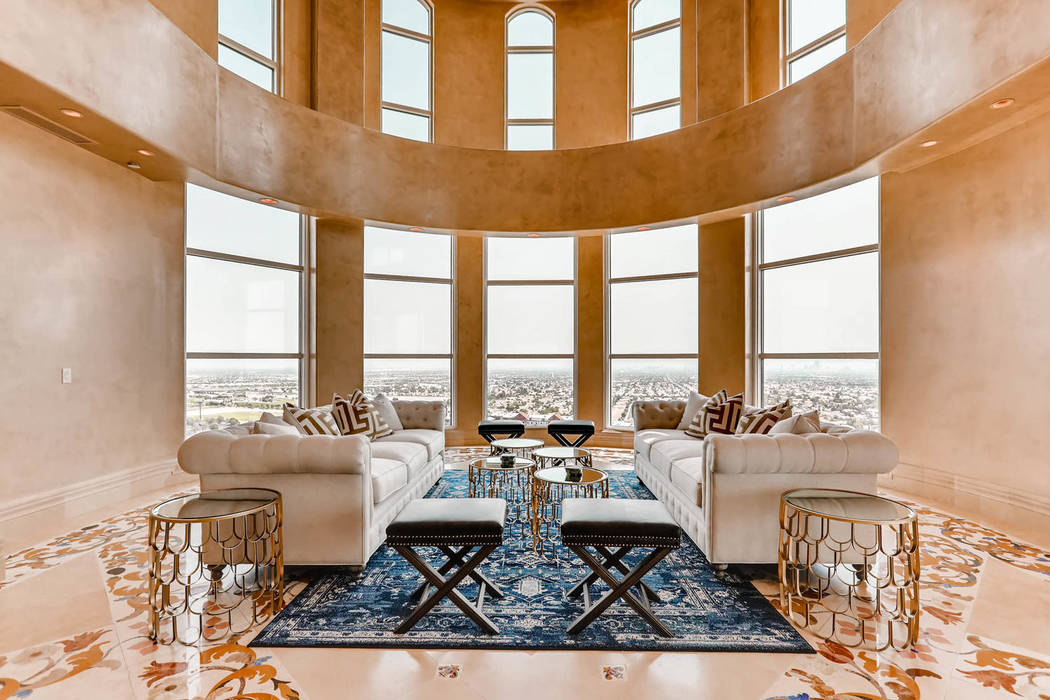 The star of the living room is the view. (Char Luxury Real Estate) 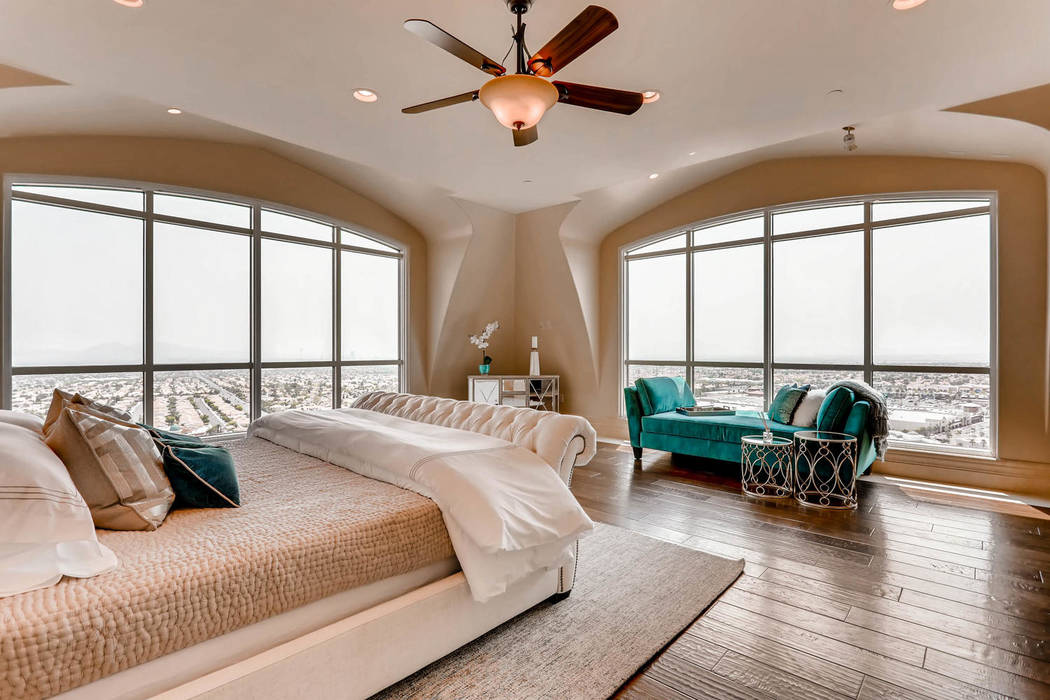 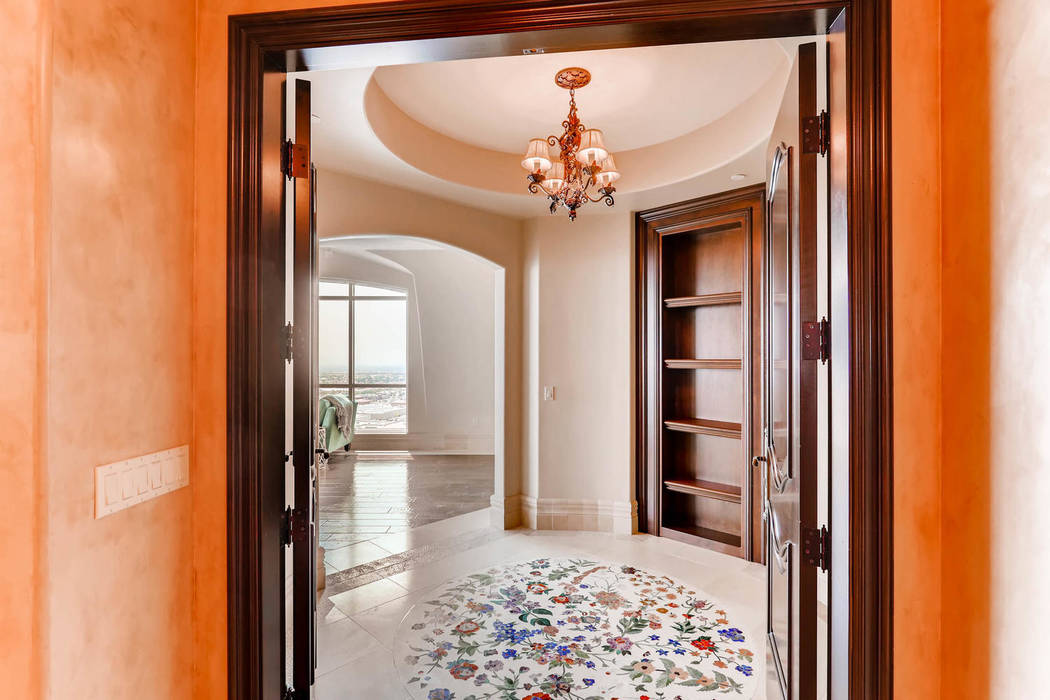 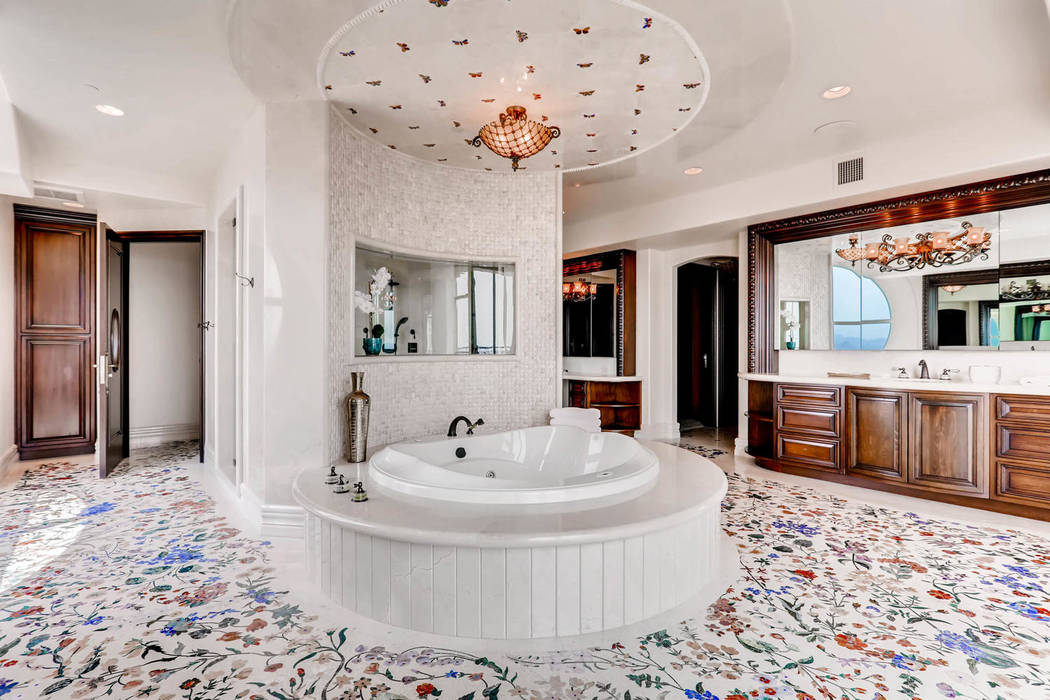 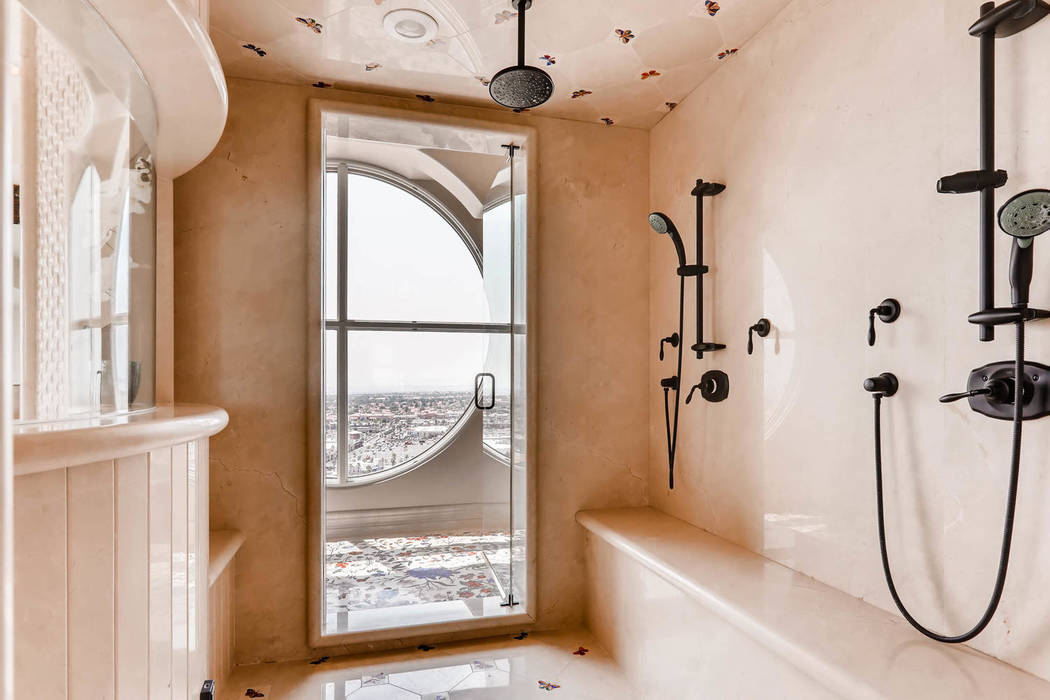 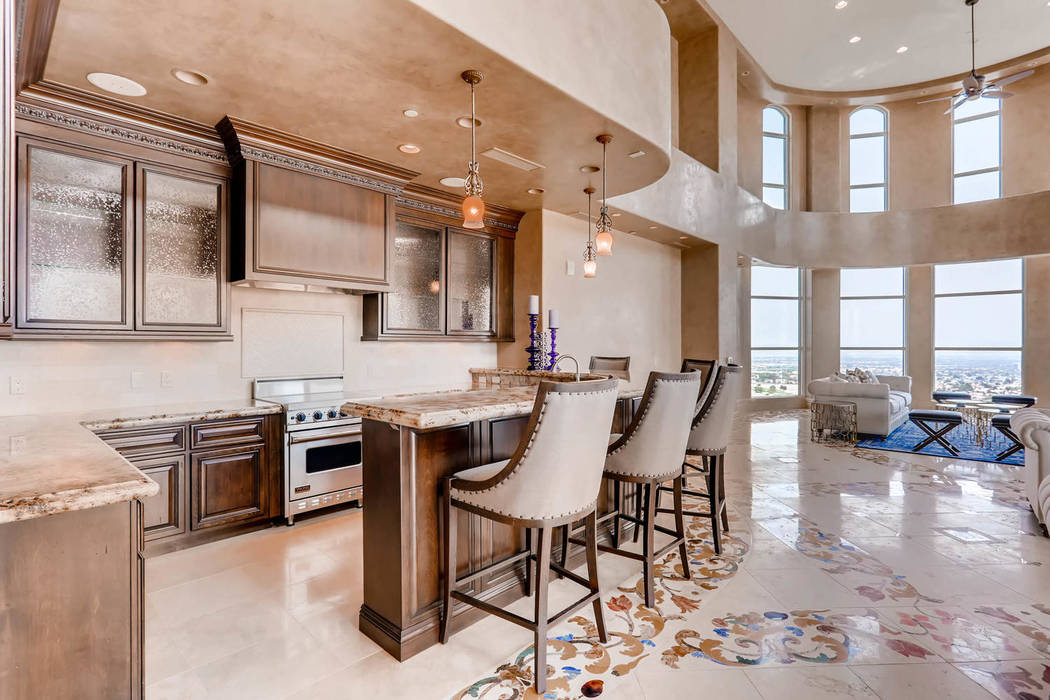 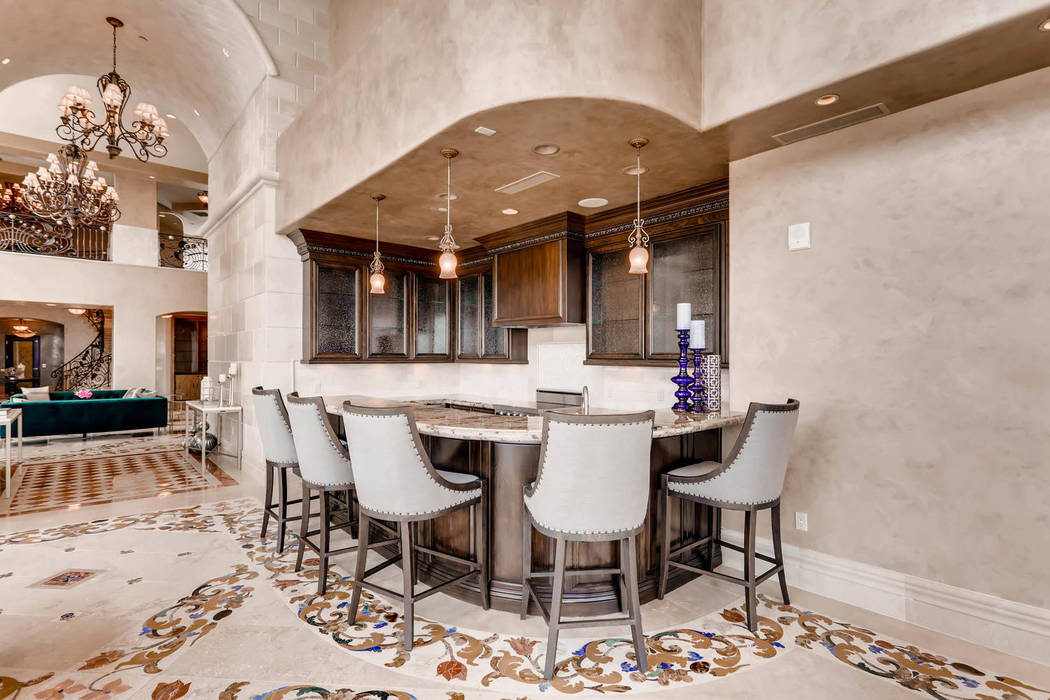 A bar is off the entrance. (Char Luxury Real Estate) 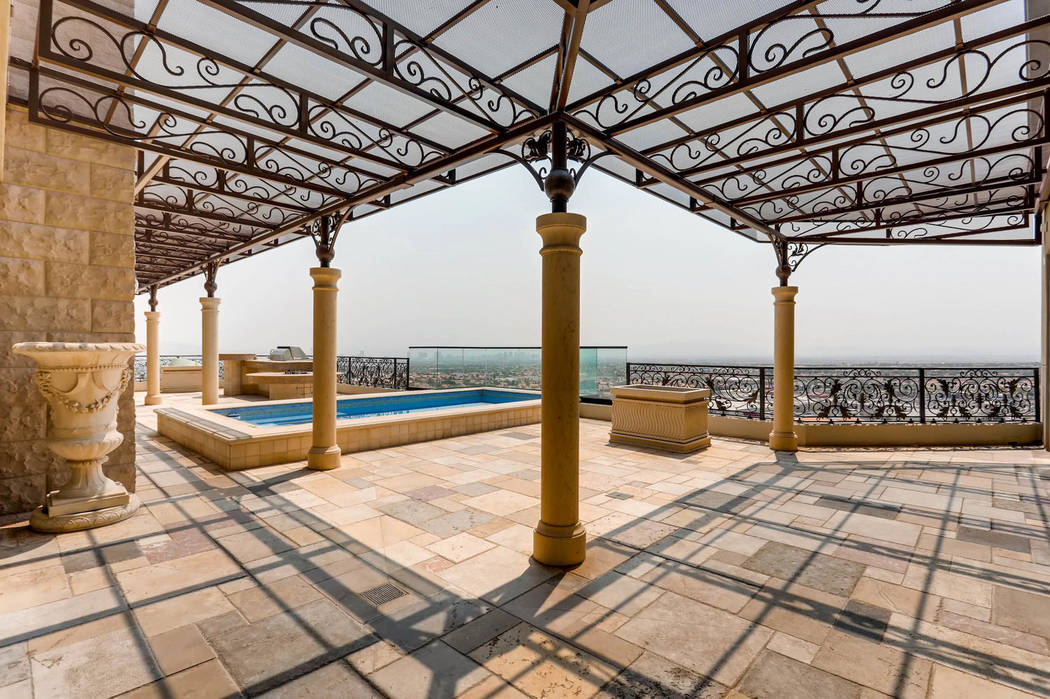 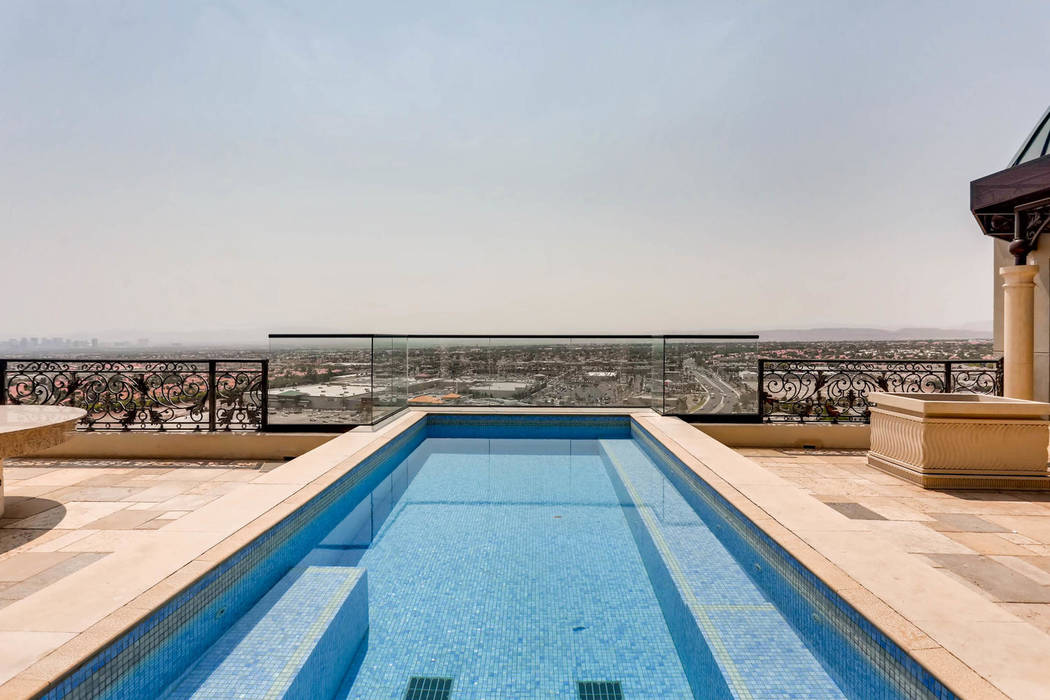 The penthouse has its own swimming pool. (Char Luxury Real Estate) 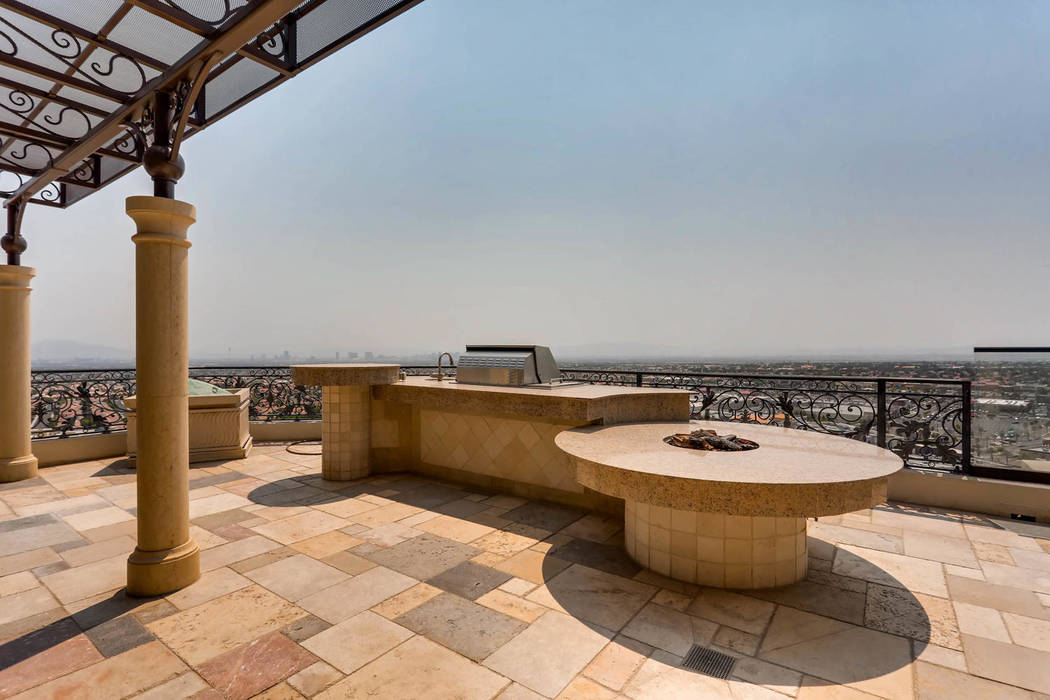 The high-rise has a built-in barbecue. (Char Luxury Real Estate) 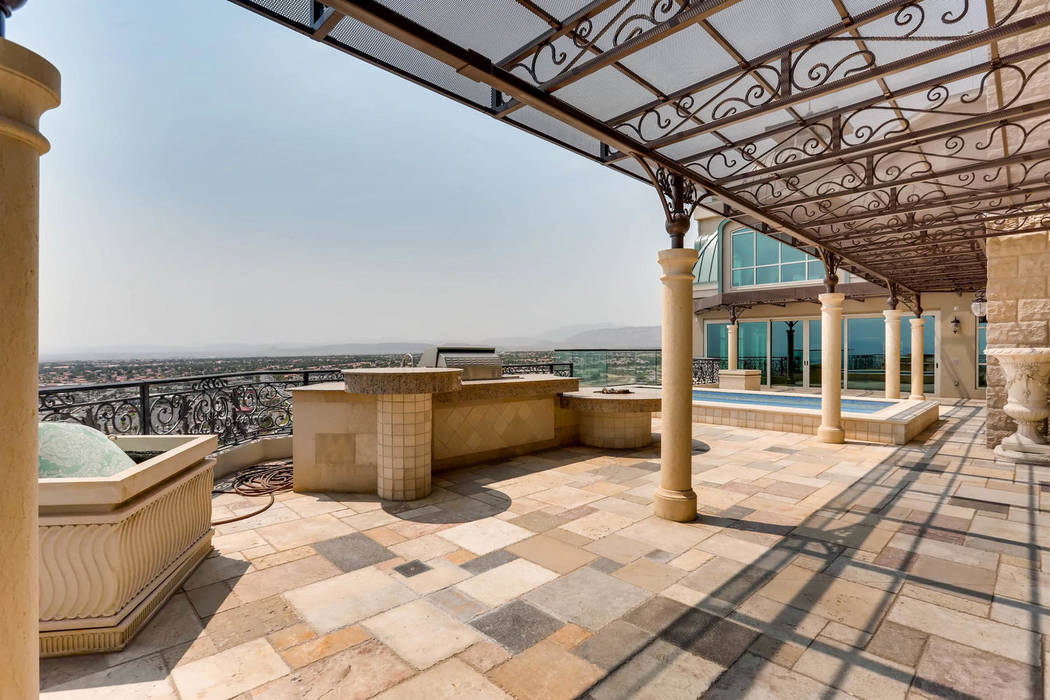 A record has been set in Las Vegas for the highest-priced known resale of a condo at just over $8 million.

The penthouse has six bedrooms, a theater and a master bath in which someone can look through the glass in the shower and see the Strip. It has more than 2,000 square feet of outdoor deck space, a swimming pool, built-in barbecue and six-car garage.

“What really sold it was the incredible views around the city and palatial feeling with a phenomenal two-story great room that’s unbelievable,” said Randy Char, the broker owner of Char Luxury Real Estate, the listing agent. “This sale says volumes about the city and a win for the Las Vegas Valley because it speaks to the consumer confidence and positive outlook on the future of what’s to come.”

One Queensridge Place has two towers with two penthouses known as Crown Penthouses in each tower. Char said he sold two other penthouses on the development for $7.7 million and $6.03 million since 2015. The fourth is owned by the developer and being leased, he said.

Las Vegas Realtor Forrest Barbee is the corporate broker for Berkshire Hathaway HomeServices, Nevada Properties. He tracks the luxury market and said he hasn’t found a resale processed through the Multiple Listing Service of the Greater Las Vegas Association of Realtors that’s higher than Char’s sale at One Queensridge Place. He added some sales are done privately that are on tax records but would escape public attention by not going through the MLS.

Char called it incredible to have the top condo resale, but added it didn’t sell overnight. It took a buyer with a special appreciation who has the financial ability to do so, he said.

It was previously listed for $10 million and on the market for one year. It was originally listed two years ago at $11 million.

“We’ve sold many $1 million-plus high-rises in the last five years, but this one feels extremely special,” Char said. “It’s nice to see One Queensridge Place back on the radar screen with high prices.”

The seller was listed as Tarry Faries of Virginia. Tarry and Durward Faries, an inventor and entrepreneur who died in 2011, bought the unit from the developer for just over $11 million in 2008.

The buyer is listed in Clark County records as Alta Drive LLC, which has a Carson City address. Gadi Hahamy, a Realtor with Realty One Group, said the buyers are part of an investment group, which includes himself, that buy commercial retail centers and high-end luxury as part of an investment property.

“It was purchased as an investment because it’s a crown jewel in Las Vegas,’ Hahamy said. “It’s one of a kind, and with the value of that location it’s irreplaceable.”

The penthouse suite at One Queensridge Place, sold for $5,000, topping the record sale of $8 million for a penthouse at Park Towers in July 2013. Cary Katz, a billionaire business owner and professional poker player, was listed as the buyer from Marc and Jane Schorr.

The previous top sale so far this year was a penthouse on the 46th floor at the Waldorf Astoria that sold for $5.75 million or $1,466 a square foot for the 3,922-square-foot unit. That eclipsed the highest sales price in 2018 at Turnberry Place for $5.5 million, which was the highest since a unit at the Waldorf sold for $6.2 million in March 2017.

“Some of the towers are still high-profile destinations,” Barbee said. “There’s not a lot of turnover because we haven’t been building these towers anymore.”

Barbee said the sale for $3 million less than its original purchase price shows what happened as many condo towers came online just before the Great Recession.

“We still have people out there that paid millions more than they can get for them today,” Barbee said. “Our high-rises came online at the peak of the market and were hit more than single-family homes at the worst time.”

Char said there’s not many ultra-high end penthouses in the marketplace and not many are even for sale. The sales inventory continues to drop for units $2 million and above.

“Maybe if more came up, more would sell, but we just don’t have that many,” Char said. “In the lower price points of under $1 million, there’s a lot of inventory.”

The top sales price could change by the end of the year because the most expensive high-rise on the market is a three-bedroom penthouse measuring 6,230 square feet at Palms Place. It’s priced at $15 million, or $2,408 per square foot, in a listing with Ivan Sher Group of Berkshire Hathaway HomeServices, Nevada Properties. Someone is in contract to buy the unit, but the deal has yet to close, according to Sher.

High-rise sales overall are down for 2019 compared with 2018, and some Realtors said rising prices and a greater selection of newly constructed modern homes in the valley’s luxury hillside communities are pulling people away from condominium living. In the most recent stats available through the end of June, Applied Analysis reported 304 sales, down from 432 a year ago in tracking 21 high-rises in the valley. The average sales price per unit was $546,270.

The Waldorf Astoria and Veer at City Center recorded the biggest drops in sales. Waldorf sales went from 30 sales a year ago to six this year. Veer went from 30 to 12.