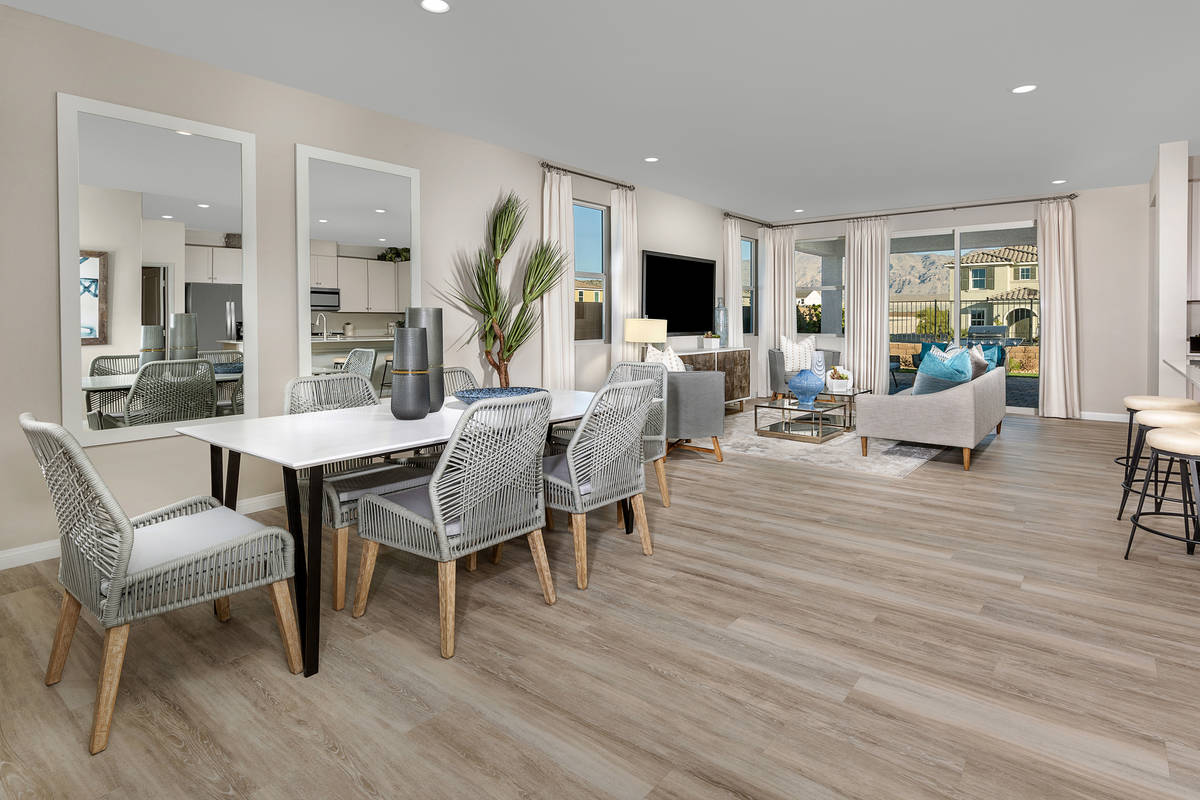 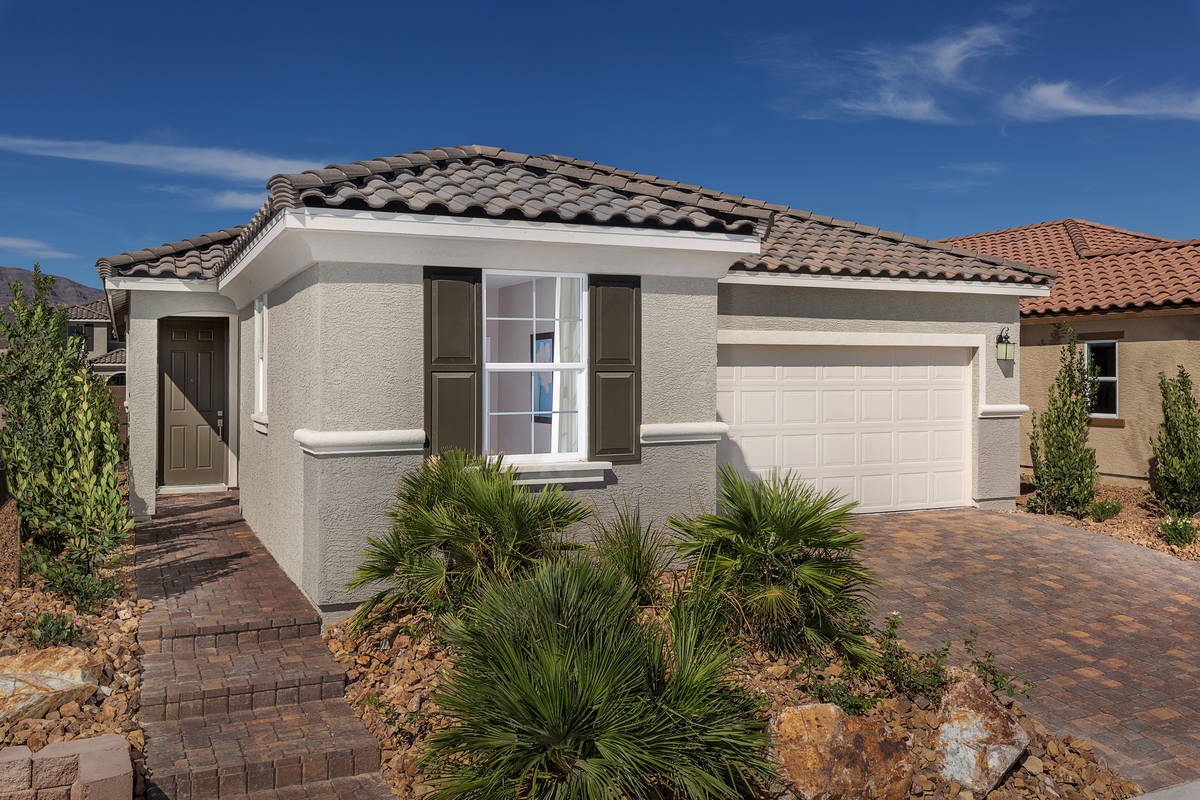 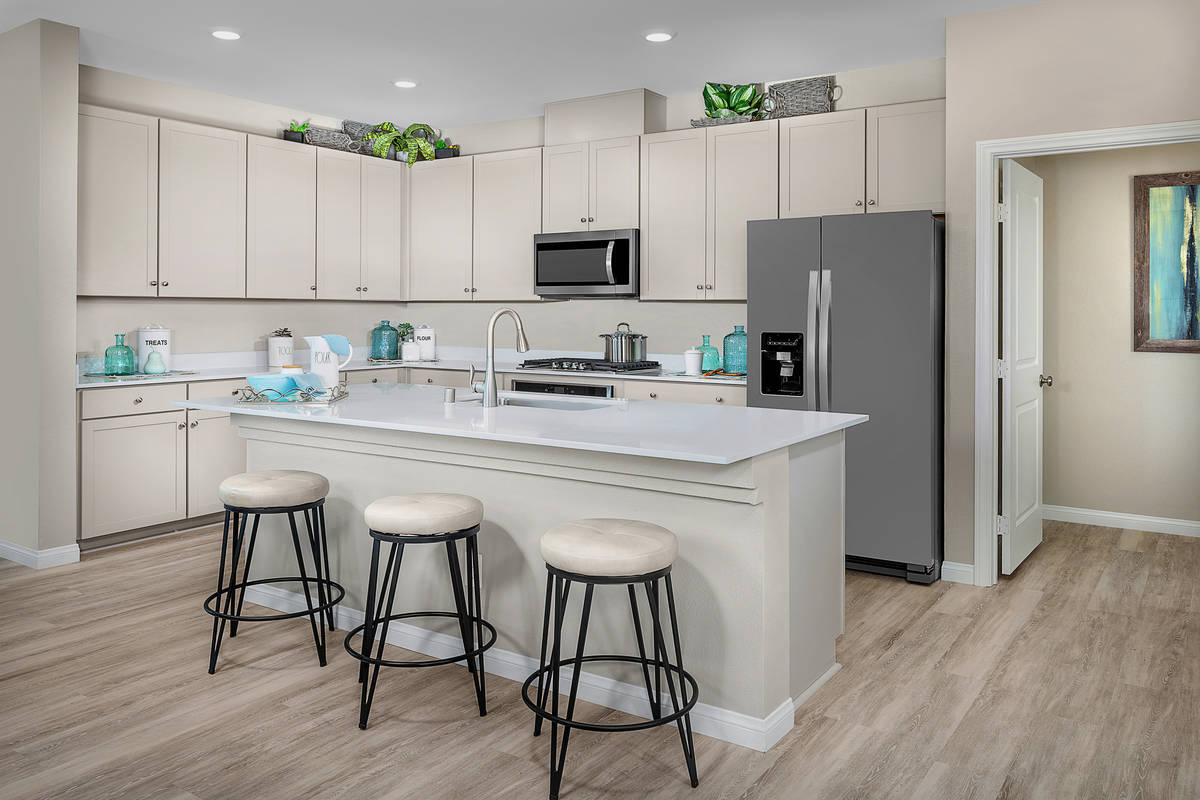 KB Home KB Home is one of the builders that is looking at North Las Vegas as a growth segment of the Las Vegas Valley's new home market. The builder offers homes in Villages at Tule Springs. 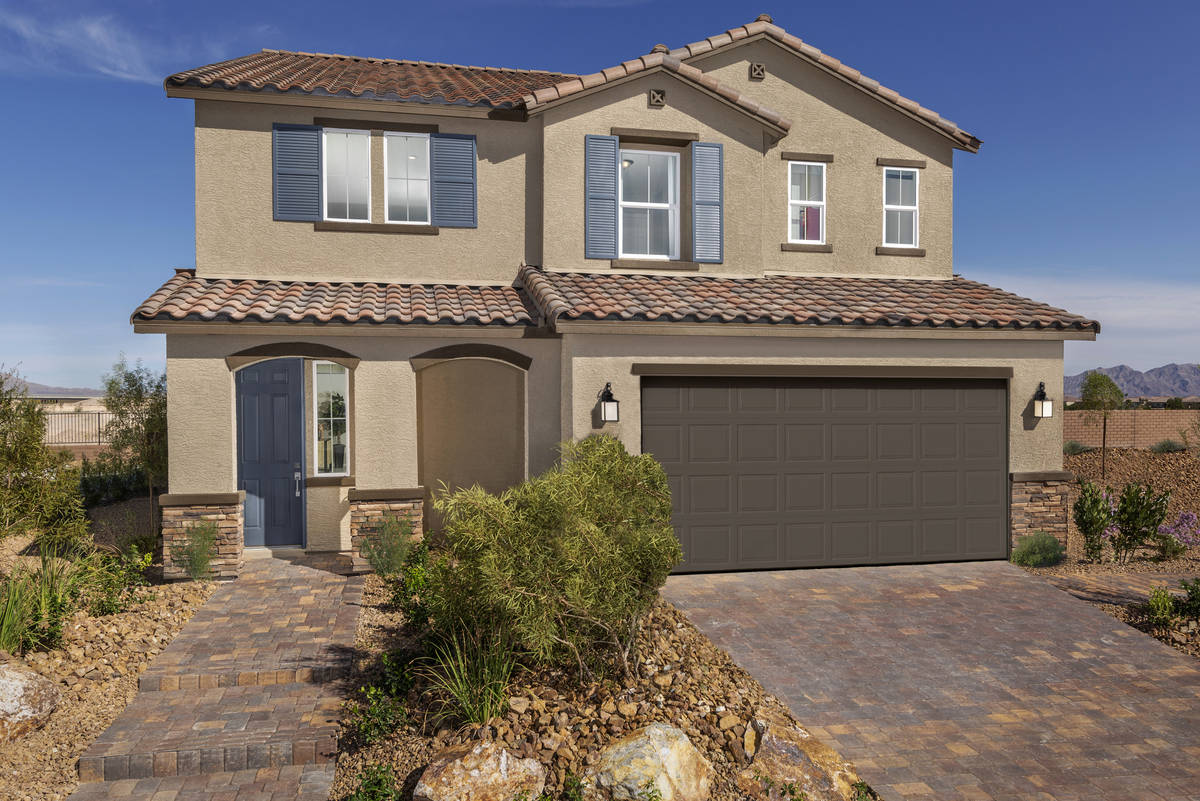 North Las Vegas tripled new home sales during the past two years and emerged as the No. 1 market in 2020, surpassing the southwest valley, which had been the dominant player in Southern Nevada for years along with former No. 2 Henderson.

North Las Vegas is on track to become the dominant player in the valley this decade and build on the city’s current population of 258,000.

North Las Vegas captured only 11 percent of the market share of new homes sold in the first half of 2018.

But new data from Las Vegas-based Home Builders Research showed North Las Vegas grew to 27 percent of the market share in Southern Nevada in 2020, bettering its 20 percent in 2019. While sales in North Las Vegas have tripled since 2018, they are 49 percent higher than 2019.

North Las Vegas’ rise can be attributed to the launch of its newest planned communities. Valley Vista, a project of DR Horton that had 378 sales in 2019, recorded 1,073 in 2020, Home Builders Research reported.

National research firm RCLCO placed Valley Vista as No. 6 in the nation in 2020 after being unranked in 2019. It opened in September 2018.

The last time a North Las Vegas community was ranked in the national top 10 was Aliante in 2005 at No. 4, according to RCLCO.

North Las Vegas has also been helped by the Villages at Tule Springs with 543 sales in 2020, up from 512 in 2019. Tule Springs opened in February 2018 with KB Home, Lennar and Tri Pointe Homes, formerly Pardee Homes, as builders.

Taylor Morrison’s Palmer Ranch near the VA Hospital was launched in 2020. Touchstone Village recently opened its Watercolor community off the 215 Beltway and has town homes, duplexes and single-family homes. Its prices start in the low $200,000s.

North Las Vegas has much of the developable land for housing in the valley. For years, it has been trying to overcome a stigma of crime and aging infrastructure associated with its older sections.

There has been a lot of redevelopment and revitalization in downtown and new development across the city with new retail and commercial centers.

Jobs are being created by Amazon, French cosmetic firm Sephora and various manufacturers at the Apex Industrial Park. Nellis Air Force Base is expanding. Downtown North Las Vegas is being revitalized, and the VA Medical Center is attracting residents.

North Las Vegas Mayor John Lee said bringing in companies and jobs helped fuel the housing development. The city has been determined over the years to be what it has become — a stand-alone community that has all of the elements — rather than a bedroom community of Las Vegas and the Strip.

No one has to leave North Las Vegas any longer for an amenity, Lee said. The city’s focus on charter schools, restaurants and job creation has paid off.

“I can promise that unless something happens in the economy, the next five years we’re going to be the leader every single year,” Lee said. “If people want to work on the north end of town, they’re not going to want to live in Henderson and go back and forth every day. The convenience of North Las Vegas to the new industries is what’s making this happen. The VA Hospital has been a huge magnet for us.”

For those who grew up in the valley, Lee said their view of North Las Vegas is the old downtown area. For those new to the area, they see the new housing development and more affordable pricing that gives people what they need.

“Those days are long gone,” Lee said of the past stigma. “North Las Vegas is the new growth area for this valley. Some 50 percent of North Las Vegas hasn’t even been built out yet.”

The biggest factor for North Las Vegas’ success has been the availability of land and price of land, Home Builders Research President Andrew Smith said. He also credits the city for being builder-friendly to process developments quickly.

“As the land supply continued to go down and prices went up, builders are going to look to where the cheaper land is,” Smith said. “That happened to be in North Las Vegas. You saw builders go in there five to 10 years ago that you would think would never go to North Las Vegas.”

Smith said most of the new development is in the northern tier of the city near the 215 Beltway from Aliante Parkway to Interstate 15. There’s a lot of empty land for that development to continue that is aided by job creation in the area, he said.

“The other master plans around town have land, but they’re much more expensive,” Smith said. “You can stretch your dollar in North Las Vegas compared to other parts of town.”

“In the starter home size and price — here are three bedroom and 2½ bathrooms, two story and 1,500 (square feet) to 2,200 square feet — and a lot of choices in North Las Vegas for that buyer,” Smith said.

“The land is there,” Hodgson said. “North Las Vegas probably has more undeveloped land than anybody. We knew this was coming. I thought it would happen about a year earlier. I don’t see that changing for a long time. I think it would be bigger out there right now if COVID didn’t happen.”

Hodgson credited North Las Vegas for being builder-friendly in processing projects, making it easier to move developments along quicker. He credits Mayor Lee.

“We worked on a lot of obstacles that were in the way from previous leadership and builders like building over there,” Hodgson said.

“I see North Las Vegas heading in the same direction (as Henderson),” said Mark Fine, a longtime Las Vegas developer. “It’s just a question of the right leadership and continuing to build quality of life. So much of the vacant land is in North Las Vegas that it’s going to get the growth. It’s going to come on par with everybody else.”

Fine, who was responsible for taking the lead to develop Green Valley in 1975 and Summerlin in the 1990s and had a role with Inspirada in Henderson, Mountain’s Edge, Providence and Queensridge, said he’s not surprised by what’s happening in North Las Vegas.

He said Henderson had a “negative brand” at one time as well — known as Hendertucky at one point — but over the years it became a dominant player in the housing market. He said North Las Vegas is way ahead of where Henderson was 40 years ago and on a good trajectory.

North Las Vegas is evolving it’s brand like Henderson did, but it doesn’t happen overnight, Fine said. Every year, it gets better.

“It’s brand building and takes a long time,” Fine said. “You won’t be discriminating between any of the entities in five to 10 years. Stigmas are moving targets. North Las Vegas is going to be attracting a lot of people, and I think they will build a quality of life. Is it going to have golf courses and high-end amenities. Who thought Henderson would have them 25 to 30 years ago? There are a lot of opportunities.”

Fine said it will be key for North Las Vegas to continue building infrastructure, parks and community facilities that appeal to everyone and make it comparable to other parts of the valley. The city needs to ensure not only entry-level housing is built but move-up, second move-up, medium price and even higher price ranges, including luxury, he said.

“It just can’t all be entry-level housing,” Fine said. “People want to move up, but they want to move up within the neighborhood they live in. Cities have to be aware of incentivizing builders to construct all these different kinds of segments. A good community needs to be well-rounded. They did it with Aliante.”

Summerlin remained the No. 1 planned community in Las Vegas with 1,349 sales, up from 1,341 in 2019, according to Home Builders Research data. It was No. 3 in the nation, RCLCO reported.