Skip to content
Sign up for our newsletter
section-ads_high_impact_1
By Buck Wargo Real Estate Millions
March 22, 2022 - 11:51 am 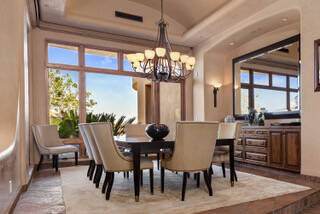 This home in The Ridges was sold in February for $5.85 million. Simply Vegas, which had the listing, ranked as No. 2 top brokerage in Las Vegas Valley in 2021. (Simply Vegas) 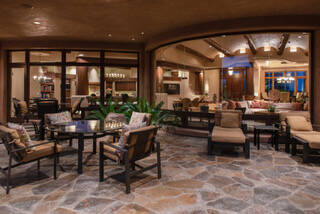 The home in The Ridges, which sold for $5.85 million in February, features a large covered patio in the backyard. (Simply Vegas) 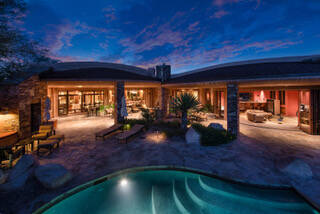 The $5.85 million home in Summerlin's The Ridges is located in the ultra-exclusive 12-home, triple-gated enclave called The Pointe. (Simply Vegas) 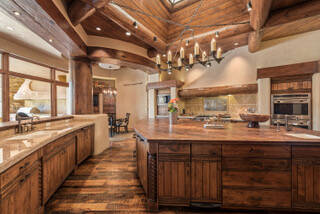 The kitchen features a a mesquite center island, as well as top-of-the-line appliances from Wolf and Sub-Zero. (Simply Vegas) 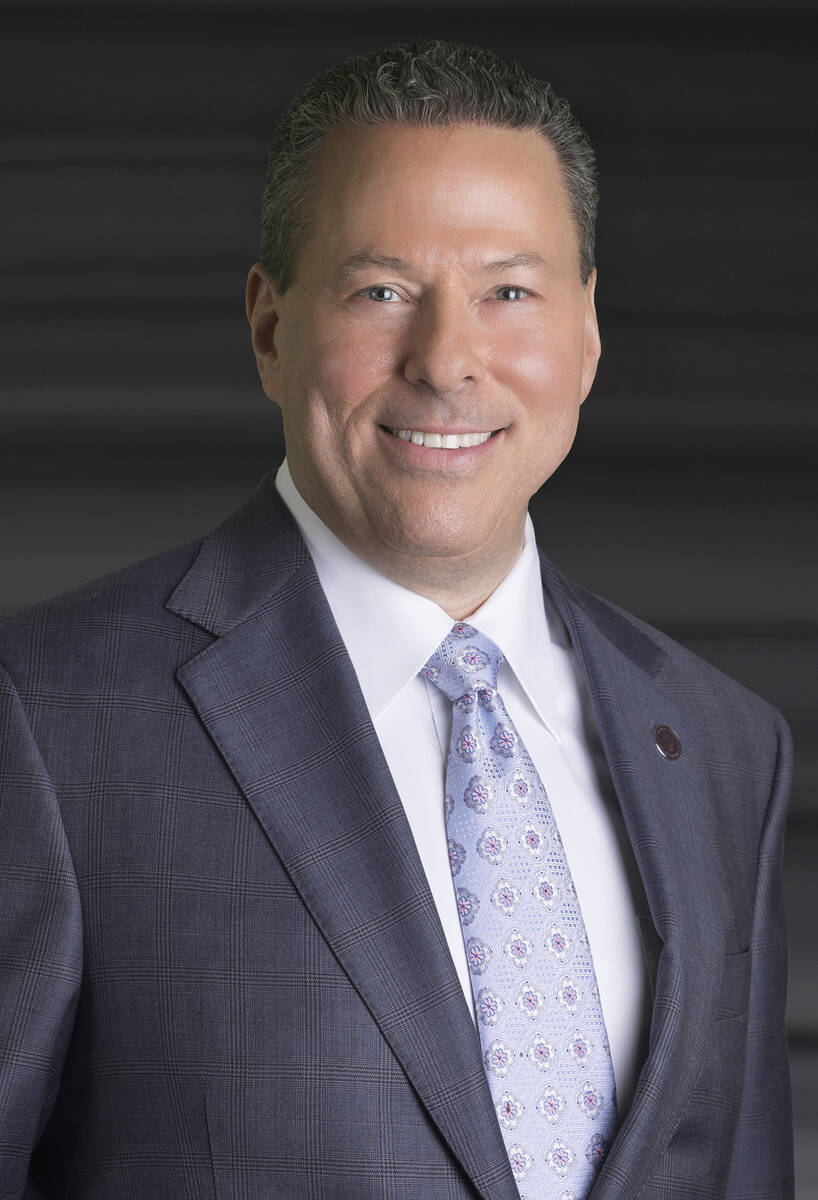 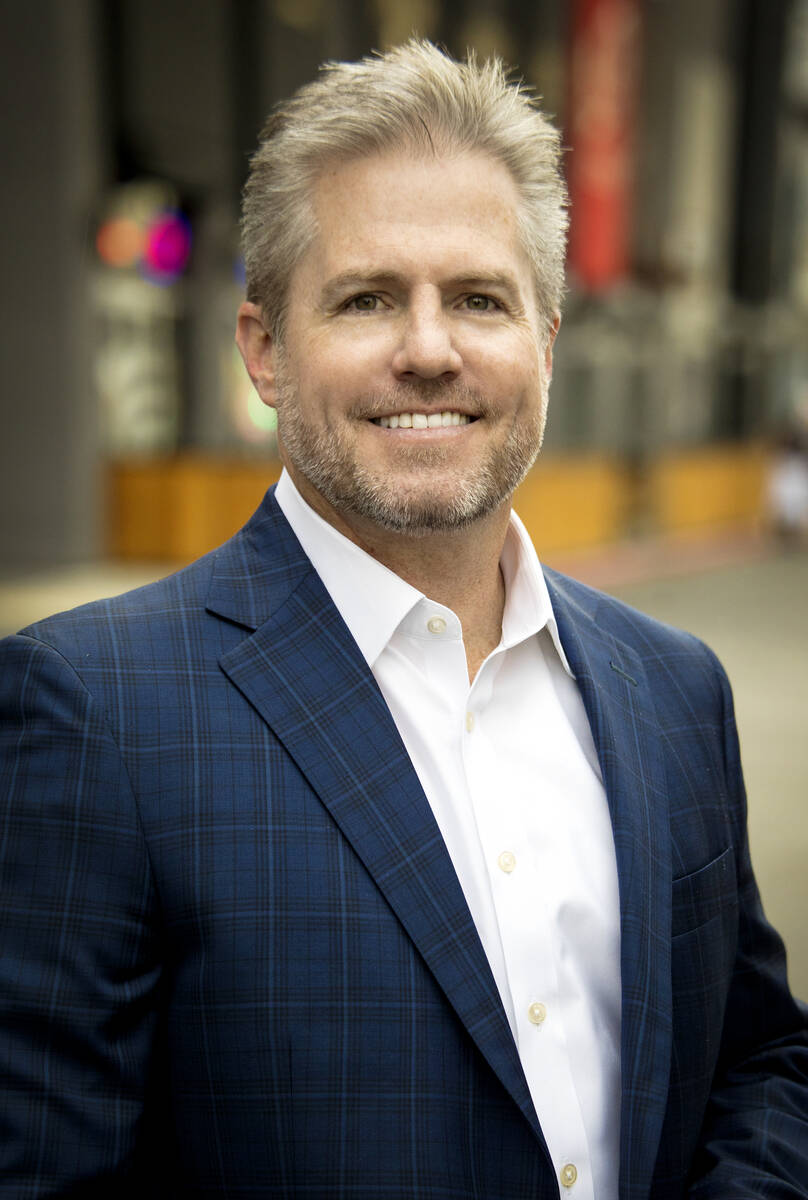 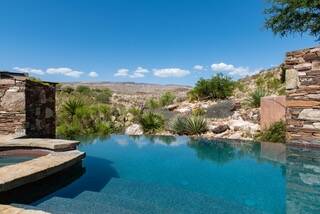 Simply Vegas The home in The Ridges has views of the Spring Mountains in the Red Rock Canyon National Conservation Area. 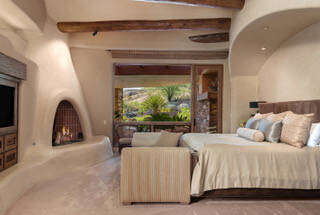 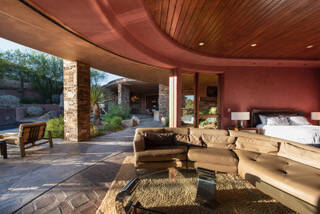 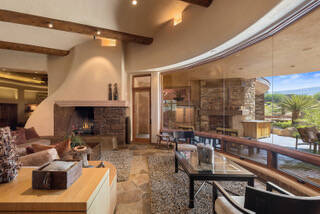 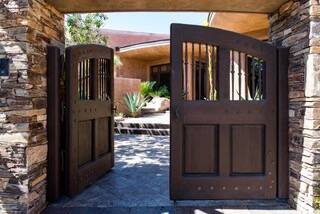 The entrance to the courtyard. (Simply Vegas) 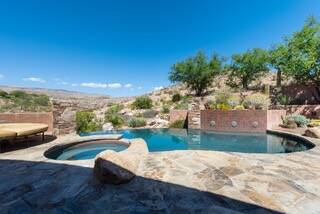 The pool and spa. (Simply Vegas)

Las Vegas real estate brokerages doubled the value and amount of luxury home and condo transactions in 2021 and top four firms retained their same rankings as in 2020, according to research firm BrokerMetrics, which tracks Realtor transactions on the Multiple Listing Service.

The BrokerMetrics numbers are only able to track those transactions done by brokerages based on the Las Vegas Realtors association MLS. It doesn’t include sales done off market.

Berkshire Hathaway HomeServices Nevada Properties again led the way in Southern Nevada in the luxury marketplace. It topped the list in both volume at $1.14 billion and transactions at 515. It has a 17.9 percent market share for volume and 15.3 percent for transactions.

In the overall category of sales volume of all price points, Berkshire Hathaway again ranked first handling $3.61 billion. It ranked first in 2020 with $2.66 billion. It was second, however, in transactions at 6,457. That’s behind the 8,040 of Realty One Group.

A newcomer to the marketplace late last summer, Corcoran Global Living, a California-based brokerage that wooed top luxury agents from other firms, ranked No. 23 in its short time in the marketplace. The brokerage handled 26 transactions with a dollar volume of $55.1 million over about four months of existence. If that same trend were to continue, the firm would rank just outside the top five.

Corcoran Global Living founder Michael Mahon vowed his firm would be within the top three within 18 months and planned to ultimately take the top spot from Berkshire Hathaway. That stoked competition in the market.

Don Kuhl, a partner and managing broker with Corcoran Global Living, said their growth has been “beyond their expectations. We had people who thought we would be gone in 18 months, and I think the evidence so far is quite the contrary. We’re certainly here to stay and make our presence known.”

Kuhl said he expects the brokerage to be in the top five by the end of 2022.

Last fall, Mark Stark, CEO of Berkshire Hathaway HomeServices Nevada, Arizona and California Properties, was dismissive about Corcoran taking away the top spot from his firm and being a big player in the market. He continued with that stance.

“They are not on my radar,” Stark said. “I watch the top 10. I don’t even hear about them, and I’m not hearing they are doing anything special in any shape or form.”

In the overall marketplace in volume at all price points after the top three of Berkshire Hathaway, Realty One and Simply Vegas, the ranking in order was Urban Nest Realty, eXp Realty, Signature Real Estate, Coldwell Banker Premier, Platinum R.E., Keller Williams Southern and Keller Williams Market. Those same 10 firms were in the top 10 in terms of number of market transactions at all price points.

There were 103,994 transactions in the marketplace, which includes representing the buyers and sellers. Those sales totaled $44.4 billion. In 2020, there were 84,498 such transactions with a volume of $30.6 billion.

Brokerage heads weigh in on market

Stark said they “killed it” in 2021. He said he just returned from his firm’s national convention and Berkshire Hathaway Realtor Ivan Sher and his team were No. 1 in the national and international network.

“We had an incredible year in all luxury in all of the markets we operate in (in three states),” Stark said. “We got third in the country among all the companies in Berkshire Hathaway international and national (for gross commissions closed).”

For the overall market, Stark said prices will maintain their current levels but sales should slow with limited inventory. Everyone is waiting to see where the economy will be, including rising interest rates that impact sales, he said.

Despite those concerns, January was the best ever for that month for the brokerage and February fell just below a February record in 2021.

“Let’s not have the world axis fall off itself, and I think we will have a solid year,” Stark said. “It may not beat 2021, but it will be a solid year.”

For the luxury market, Stark said he doesn’t see it slowing unless the stock market takes a big hit.

“Other than that, there’s a lot of money out there. There’s low inventory in luxury quality properties, and that’s the only aspect that would affect units,” Stark said. “You can’t sell properties you don’t have.”

“It may not be at the exact same appreciation level as last year,” Char said. “It’s too early to tell, but there’s no shortage of activity if the home is in a great neighborhood.

We’re very excited, and we’re benefiting from many referrals from throughout the world that are calling in with high net-worth individuals wanting to move here.”

“It’s not that there’s no supply out there, it’s just that we are moving through it quickly because people are continuing to move into town and take advantage of the interest rates,” Char said. “A lot of people continue to have a really healthy amount of wealth from the stock market or thriving businesses. They want to move for a better lifestyle, and a lot of that depends on the quality of life in their home because they’re spending more time there and dedicating office space. The luxury housing market here is benefiting because it has more space and more yard, security and privacy that are important in the high-end market.”

Kuba Jewgieniew​, CEO and founder of Realty ONE Group, had a different take. He said, “Prices are getting ahead of themselves,” and that the luxury market is peaking.

“We are in 45 states, not only in Las Vegas, and we think the second half of this year things will start leveling off,” Jewgieniew said. “The cycle is going to start transitioning to a normal one and that will continue throughout next year. Luxury is first. When the market is getting hot, usually two or three years later commercial and luxury follow. When things are about to slow down, it’s the reverse. Commercial and luxury slow first.”

Jewgieniew said there’s a lot of cash buyers who are purchasing fourth and fifth homes. The dynamics of rising interest rates and inflation and stock market declines make people pull back.

“Discretionary spending since the start of the year has slowed, and people are starting to hoard cash more,” Jewgieniew said. “I think this pattern will continue. People aren’t going to be bidding each other out. The frenzy will die down in the second half of the year.”