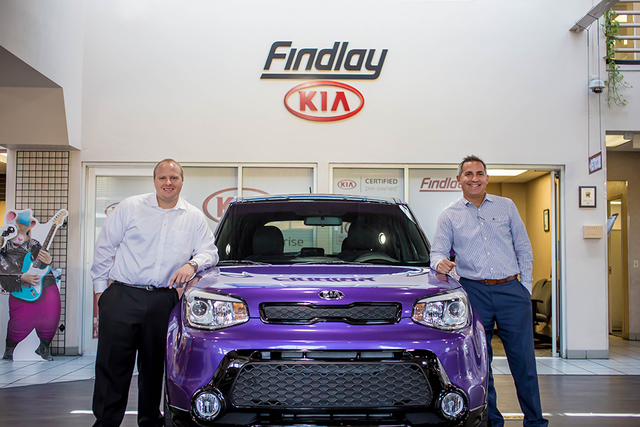 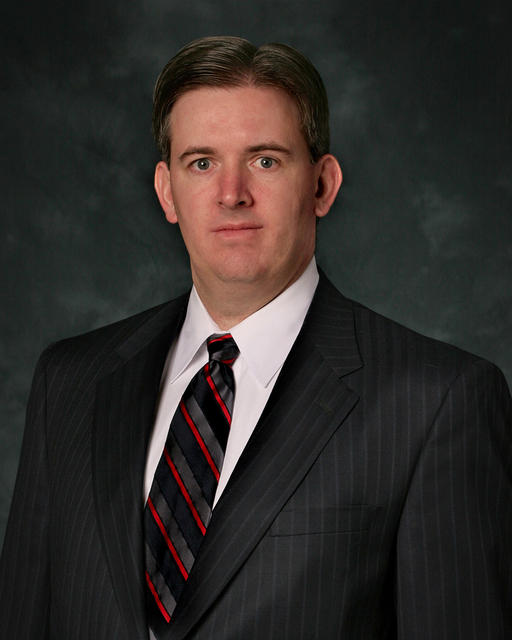 Wade B. Gochnour has been selected to the Class of 2017 Leadership Henderson Program. (Courtesy) 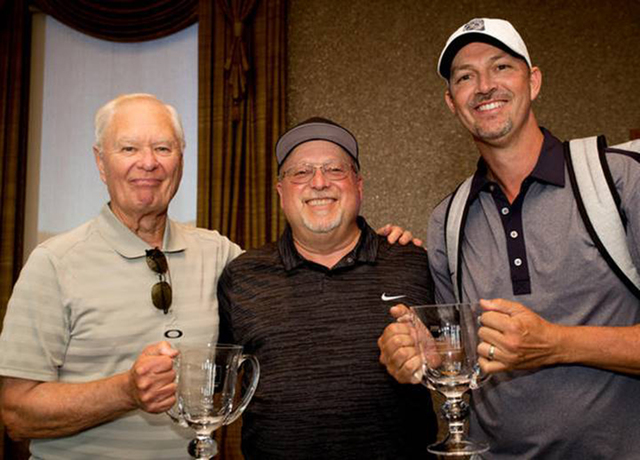 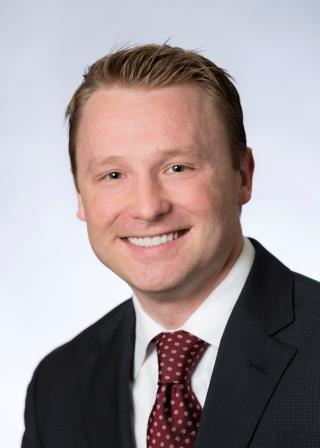 Keith Lampi, president and chief operating officer, has received the Distinguished Service Award from the Alternative and Direct Investment Securities Association during the organization’s 2016 Annual Conference & Trade Show at The Cosmopolitan of Las Vegas. (Courtesy) 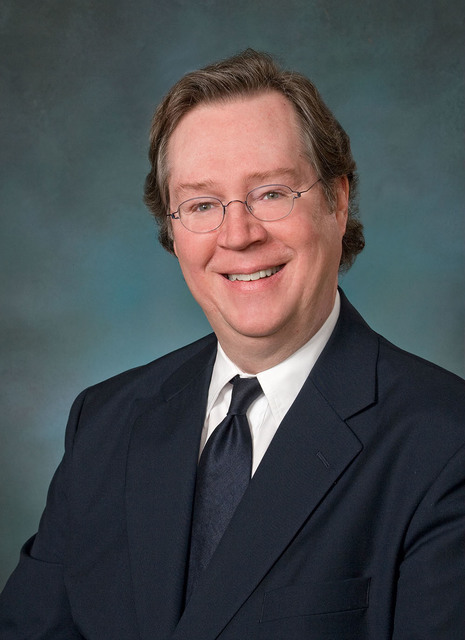 Las Vegas attorney Von Heinz has been recognized in the 2017 edition of Benchmark Litigation, an annual guide focusing exclusively on leading litigation firms and attorneys in the United States. (Courtesy) 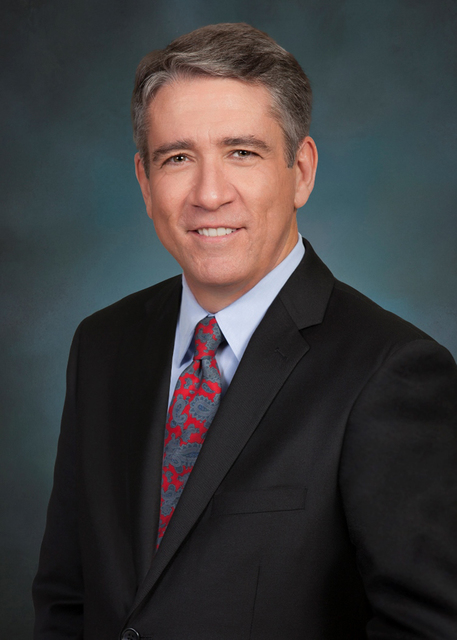 Las Vegas attorney Dan Polsenberg has been recognized in the 2017 edition of Benchmark Litigation, an annual guide focusing exclusively on leading litigation firms and attorneys in the United States. (Courtesy) 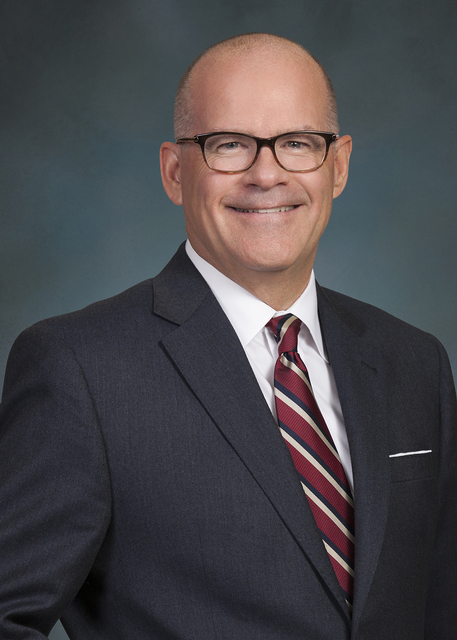 Las Vegas attorney Dan Waite has been recognized in the 2017 edition of Benchmark Litigation, an annual guide focusing exclusively on leading litigation firms and attorneys in the United States. (Courtesy)

McDonald’s franchise owner Kellie Vander Veur hosted a special recognition ceremony for the nine McDonald’s team members who have completed the English Under the Arches program requirements. EUA provides a series of courses to meet the needs of students with varying English proficiency levels, and allows students to progress systematically to gain speaking, listening, reading and writing skills. EUA is available to crew and managers tuition free. EUA is one of the many programs available through Archways to Opportunity, which McDonald’s created as part of a comprehensive education strategy with multiple programs that provide team members with an opportunity to grow and learn.

Wade B. Gochnour has been selected to the Leadership Henderson Class of 2017. Gochnour, who work at the Las Vegas office of Howard &Howard, practices in the areas of business law, commercial litigation and construction law. The Henderson Chamber of Commerce Foundation’s Leadership Henderson Program examines local issues by asking critical questions and striving to provide answers that do not conform to the status quo. The program is an eight-month course devoted to educating and empowering civic-minded professionals with a goal of building and maintaining a strong network of effective community leaders. Through panel presentations by community leaders, participants learn about local economic, government, social service, health care, gaming, business and education issues that effect residents and businesses.

Locally owned and operated Accurate Building Maintenance has earned the Cleaning Industry Management Standard Green Building Certification with Honors by successfully demonstrating a commitment to the delivery of environmentally preferable services. The company helps customers collect points under the Operations and Maintenance Green Building Rating System by adhering to the CIMS-GB standards. The company also earned CIMS Certification with Honors by demonstrating a commitment to consistently delivering quality services.

Hologram USA owns the North American patent for lifelike, HD holographic projection technology, which it uses to produce marketing presentations. The company owns life rights to artists such as Whitney Houston, Buddy Holly, Patsy Cline, Billie Holiday, Andy Kaufman, Redd Foxx, Bing Crosby and Dean Martin. Working closely with the celebrity estates, the company can turn celebrities into spokespeople for brands at events and in advertising of all kinds.

The company also creates events using “telepresence,” which allows a live performer to be in two places at once — such as when Jimmy Kimmel’s simultaneous appears on his soundstage in Hollywood and at the Country Music Association Awards stage in Nashville. Hologram USA has worked with Sony Pictures, Universal Studios, ABC/Disney and many others. The company also is active in virtual reality and 360 productions.

The U.S. Veterans Initiative Workforce Department named Callville Bay Resort in the Lake Mead National Recreation Area its 2016 Partner of the Year for its dedication to helping veterans.

The award was conferred in August at a ceremony at Texas Station.

Homeless veterans seeking employment through the U.S. Veterans Initiative Workforce Department can call the Las Vegas office at 702-366-0456 or go to usvetsinc.org.

John Naylor and A. William Maupin of Maupin∙Naylor∙Braster, Attorneys at Law, were recognized by their peers as among the 2017 Best Lawyers in America.

Naylor is a managing partner at the firm and litigates in the state and federal courts in Nevada. Besides his commercial litigation practice, he serves as an arbitrator with the American Arbitration Association and pro bono counsel for The Veterans Consortium Pro Bono Program to represent veterans before the U.S. Court of Appeals for Veterans Claims.

Maupin, retired Chief Justice of the Nevada Supreme Court, is one of the Nevada legal community’s most respected professionals, both as an attorney and judge. Maupin’s current practice areas involves appellate and trial consulting.

Lewis Roca Rothgerber Christie earned Highly Recommended ranking in Nevada, Arizona and Colorado, according. A total of 22 of the firm’s attorneys were ranked in the 2017 edition. Rankings are published following a six-month research process that includes interviews with peer attorneys and law firm clients.

Inland Private Capital Corporation announced Keith Lampi, president and chief operating officer, received the Distinguished Service Award from the Alternative and Direct Investment Securities Association during the organization’s 2016 Annual Conference &Trade Show at The Cosmopolitan of Las Vegas. The award is presented to individuals and companies who have provided exceptional service to ADISA, the alternative investments industry and the overall community. Lampi’s work resulted in significant accomplishments in alternative investments, exhibiting an honorable commitment to excellence and service to the industry while adhering to the highest ethical standards and quality performance. In 2015, Inland Private Capital Corp. received ADISA’s highest honor, the A Champion of Excellence Award.

Through lectures, discussions, on-site visits, simulations, projects and other leadership development activities, Leadership Las Vegas class members receive in-depth exposure to the critical issues facing Southern Nevada and are challenged to apply their talents toward improving the community. The 2017 class of Leadership Las Vegas was selected through a competitive and highly selective application and interview process and represents a wide variety of organizational leaders.

Mercedes-Benz of Henderson, celebrating its 25th anniversary, announced that Ted Quirk and Ed Fryatt won the 2016 Mercedes-Benz Dealer Championships Golf Tournament, held Oct. 5 at DragonRidge Country Club. Quirk and Fryatt won the Two Man Best Ball team, advancing them to the Pinehurst Resort in Pinehurst, N.C. to compete in a two-round Sectional Tournament. The top three teams from Pinehurst will then advance to the National Final at the West Lake Country Club in Augusta, Ga. next April, where the teams will compete in a single-round event. This once-in-a-lifetime experience includes an invitation to participate in activities surrounding Mercedes-Benz U.S.A.’s global partnership with the Master’s Tournament. A portion of the proceeds benefits Keep Memory Alive, supporting the mission of Cleveland Clinic Lou Ruvo Center for Brain Health, for the research, management and treatment of brain disorders.