With the move, the company created 15 new jobs and expanded its service offerings, adding a service department, Nevada Department of Motor Vehicles services and a consumer buying center, according to a press release.

De Castroverde Law Group, a firm that has specialized in criminal, personal injury and family and immigration law for more than a decade in Las Vegas from its office near Maryland Parkway and Charleston Boulevard, now has a Summerlin location, the company reported earlier this month.

“The expansion to the west side of town is a great opportunity for our firm,” said managing partner Alex De Castroverde.

The firm’s new 5,000-square-foot office is at 410 S. Rampart Blvd., inside the Tivoli Village shopping center.

The firm has 50 employees on its payroll, 10 of them attorneys.

Dapper Cos., headed by real estate broker and developer J Dapper, signed three new tenants as part of its redevelopment of the historic Huntridge neighborhood of Downtown Las Vegas.

Cory Harwell, owner of downtown’s Carson Kitchen and Standard &Pour in Henderson, will open a new restaurant in the Huntridge area at the site of the former Mahoney’s Drum Shop. Wingstop, a national chain restaurant, is also set to open at the Huntridge Center. Dapper recently announced another new tenant with the signing of Henricksen Butler, a furniture company moving from its location at the Holsum Lofts.

Dapper invested more than $6 million to buy these three key commercial real estate properties near the intersection of Charleston Boulevard and Maryland Parkway. A community event on Sept. 15 included lighting of the Huntridge Center sign.

Atlanta-based Waveguide Consulting Inc., an independent technology consulting firm that specializes in the audio-visual and IT sector, opened an office in Las Vegas, the company reported in early September. 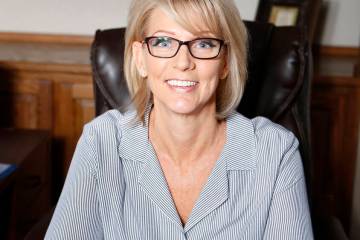 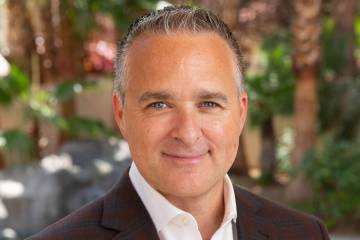