Skip to content
Sign up for our newsletter
section-ads_high_impact_1
By Craig A. Ruark Special to the Las Vegas Business Press
May 9, 2016 - 3:00 am

According to Mark Twain, “Whiskey is for drinking and water is for fighting for.”

That sentiment has made a lot of money for a lot of lawyers over the years and was the topic of discussion during the annual meeting of Meritas, a global group of affiliated law firms.

During its convention in Las Vegas, McDonald-Carano-Wilson LLP, a Las Vegas and Reno-based firm, played host to hundreds of attorneys from every nearly every country.

One topic that showed off the talents of George F. Ogilvie III and Michael Pagni, two attorneys with McDonald-Carano-Wilson, is that of water rights and the water laws.

It’s a topic fraught with legal strife and some surprising answers to questions like, ‘Who owns the rain?’

Pagni, from the Reno office, focused his comments on the Truckee River. Ogilvie, based in the Las Vegas office spoke about the Colorado River, and it’s 1,500-mile run through the seven basin states (Wyoming, Colorado, New Mexico, Utah, Arizona, Nevada, and California), and Mexico, which is also allocated a percentage of the annual flow.

Both of these rivers are key water sources for Northern and Southern Nevada and have been the subject of litigation since the early 1900s. The Colorado River Compact was agreed to in 1922, and allocates 16 million acre feet of water among basin states and Mexico.

The largest percentage of water, 4.40 million acre-feet is allocated to California, which uses the majority (3.3 million) of this precious liquid to irrigate the Imperial Valley, the most productive winter agricultural region in the United States.

The allocation method is only one area of contention.

Most experts now agree the total volume of the Colorado River flow estimated in 1922 at 16.4 million acre feet was unwisely based on 50 of the wettest years in history. The actual flow is around 14.3 million acre-feet, leading to the fact that the Colorado River is over-allocated — there is just not enough water to go around.

“The effects of both climate change and the over-apportionment in allocation of the resource leads to where we stand today with 15 years of drought in the West. This has caused a great deal of litigation and nonstop negotiations between municipalities, the states, and the U.S. and Mexico. And when I say nonstop, I mean that negotiations are ongoing between various agencies on a weekly basis and have been for several years,” Ogilvie said.

The 2007 Interim Guidelines Agreement, the result of three years of negotiations between the basin states and the U.S. Department of the Interior, and Mexico, is a historic agreement that outlines the conservation and supplementation measures that would enable the basin states to tread water, so to speak, during the drought. “They are called ‘Interim Guidelines’ because it was expected that the drought would end within a year or two, but here we are nine years later and still in a drought situation,” Ogilvie said.

The Las Vegas Valley, which receives an average rainfall of 4.5 inches per year, based on a 30-year norm, gets more than 90 percent of its water from the Colorado River. However, we are allocated only 300,000 acre-feet per year. To put this in perspective, one acre-foot equals about 325,851 gallons or enough water to cover an acre of land, about the size of a football field, one foot deep. One acre-foot of water is enough to supply two average Las Vegas homes for just over a year, or a total of 1.4 million people.

The problem is that Southern Nevada’s population is 2.2 million. So how is it that we have enough water? The answer lies in the various water savings programs instituted by the Southern Nevada Water Authority.

Over the years, residents of Southern Nevada have been encouraged to conserve water by installing water savings fixtures in their homes and businesses, removing or reducing the amount of grass used in landscaping, and returning as much water as possible through the sanitary sewer system. The sewer water is treated to nearly drinkable standards and sent back to Lake Mead for ‘Return Flow Credit.’

As a result, the Southern Nevada Water Authority pumps about 440,000 acre-feet from the lake each year, but the community consumes an average of about 227,000 acre-feet, and the rest is returned to the lake.

According to Ogilvie, based on current water use and return flow credits, this leaves room for the Las Vegas Valley to grow to a population of about 2.8 million before we run out of this allocated resource.

But ideas are being explored that would increase Southern Nevada’s water allocation.

One idea that has not gone over very well with other residents of the state is to run a pipeline from the Central Nevada aquifers to Las Vegas. Another idea is to build and operate a desalination plant in Mexico, and the amount of water produced from that plant would be allocated to Southern Nevada and not released from Lake Mead.

“The Mexican desalination idea is the most favorable due to the lack of environmental controls, making the process less expensive,” Ogilvie said.

Many people assume the Southern Nevada Water Authority receives “Return Flow Credits” from the storm water that flows into Lake Mead. That is not the case.

So why is it that an individual is not allowed to capture and use the rainwater that falls on his property? “The answer goes back to the late 1930’s but was updated between 1994 and 1999 when the revised Nevada Water Law was adopted,” said Pagni.

Nevada Water Law, (set forth in NRS Chapters 533 and 534), state that: “All waters within the boundaries of Nevada, whether above or beneath the ground surface, belong to the public and are managed on their behalf by the State. The State Engineer is responsible for the administration of Nevada Water Law, which ensures that these waters are managed so that sufficient quantities are available to preserve our quality of life and to protect existing water rights.”

In essence, the reasoning behind the Nevada Water Law is to allow for the natural recharge of underground aquifers, streams, rivers, and lakes, as well as the distribution of water on an equal basis to all individuals.

So who owns the rain? “In Nevada, the rain is owned by all of the people but the State assures that the water is made available to all on an equal basis,” Pagni said. 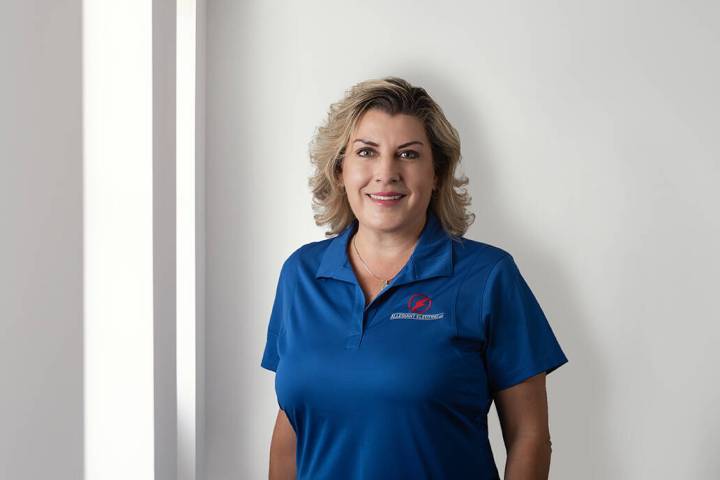 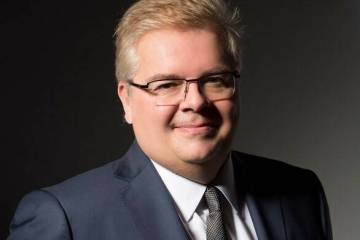 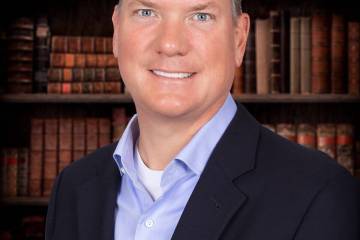