Skip to content
Sign up for our newsletter
section-ads_high_impact_1
By CHRIS SIEROTY SPECIAL TO THE LAS VEGAS BUSINESS PRESS
December 4, 2016 - 11:43 pm

Scott Arkills, CEO of Silver State Schools Credit Union, believes improving consumer confidence in Southern Nevada for the remainder of this year and going forward into 2017 will continue to benefit the credit union’s loan portfolio and bottom line.

“We expect continued strong mortgage loan growth as market rates continue to be very favorable for our members,” Arkills told the Las Vegas Business Press. “Given that residential housing values continue to consistently gain traction in the Las Vegas market, the potential for home equity loan and lines of credit will provide opportunities as well.”

Delinquent loans were $3.6 million at the end of the third quarter, compared with $4.3 million in the same period last year. That decline was responsible for the credit union not having to set aside additional reserves for loan losses during the quarter.

When asked to explain what was behind the credit union’s improving credit quality, Arkills attributed the rebound to the credit union “ensuring that its credit underwriting policies reflect inherent risk factors in the market.”

“Consistent evaluation of various trends through multidimensional portfolio analysis assists the credit union in proactively identifying risk trends before they occur,” Arkills said. “The quality of loan policies and monitoring of factors helps us stay ahead of potential risks to credit quality.”

Arkills added that Silver State Schools goes to “extreme measures” to assess potential risk trend to ensure a controlled lending environment that does not have erratic swings in how it lends.

As of Sept. 30, Silver State Schools reported loans of $455 million, total assets of $693 million and deposits of $642 million. According to an earnings statement, liquidity at the Las Vegas-based credit union stands at $124 million with a regulatory net worth of $51 million.

The credit union’s net worth equaled 7.36 percent of total assets, which exceeded the 7 percent minimum required by the National Credit Union Administration to be considered a “well-capitalized” credit union.

Arkills said he was “encouraged by these favorable financial results.”

“We have consistently performed well versus other regional and national financial services peers from both a loan delinquency and loan loss perspective,” Arkills told the Business Press. “Our credit policy contains elements of risked-based lending that measure the ability, stability and demonstrated credit history factors of applicants.”

Arkills also credited their members with repaying their debt on time, which ensures that the credit union’s delinquency trends remain consistently favorable.

Meanwhile, the Federal Reserve has been talking about increasing interest rates, a move Arkills said he has been anticipating. He told the Business Press he expects the Federal Open Market Committee to increase rates at its December meeting.

“Currently, the market is stating there is a 76 percent chance of a Fed rate increase, which I would concur with especially post-election,” Arkills said. “The likely increase will be 0.25 basis points at that time given market volatility.”

The next FOMC meeting is scheduled for Dec. 13-14. The Fed last raised interest rates in December 2015, its first increase in nearly a decade.

Arkills believed the impact of a rate increase on Silver State Schools and Southern Nevada “will be a wait-and-see approach, which is what occurred in late 2015 when the last Fed rate increase occurred.”

Arkills added that he doesn’t expect rates to adjust for several months after any increase occurs.

“Future Fed rate increases will be measured and consistent with consumer confidence and mitigating inflation risk,” he said.

Nevada companies continued to struggle to attract capital in the third quarter, according to data from Dow Jones VentureSource.

Companies seeking venture capital brought home one check totaling $3.5 million, compared with $2.7 million in the second quarter and $8 million in the first quarter of 2016, the Dow Jones report found.

The $3.5 million went to a health care company, which was not identified in the report. In the previous three deals reported this year, companies that provide business and financial services raised $10.7 million.

Nevada parents who receive child support payments through a Chase Visa debit card will soon be issued a new card through Bank of America.

The new cards will be mailed to current child support debit cardholders Dec. 12-23, according to the Nevada Department of Health and Human Services.

Parents will not have access to the funds deposited on the new card without activating the card first. State officials remind parents that after receiving the new Bank of America card, recipients should continue to use their existing Chase card until the balance is zero.

The change is being made due to the previous card holder, J.P. Morgan Chase, exiting the government prepaid card business. 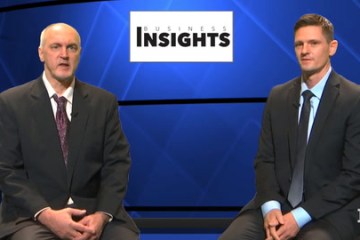