Skip to content
Sign up for our newsletter
section-ads_high_impact_1
By T. RAO COCA SPECIAL TO LAS VEGAS BUSINESS PRESS
January 2, 2018 - 8:56 am 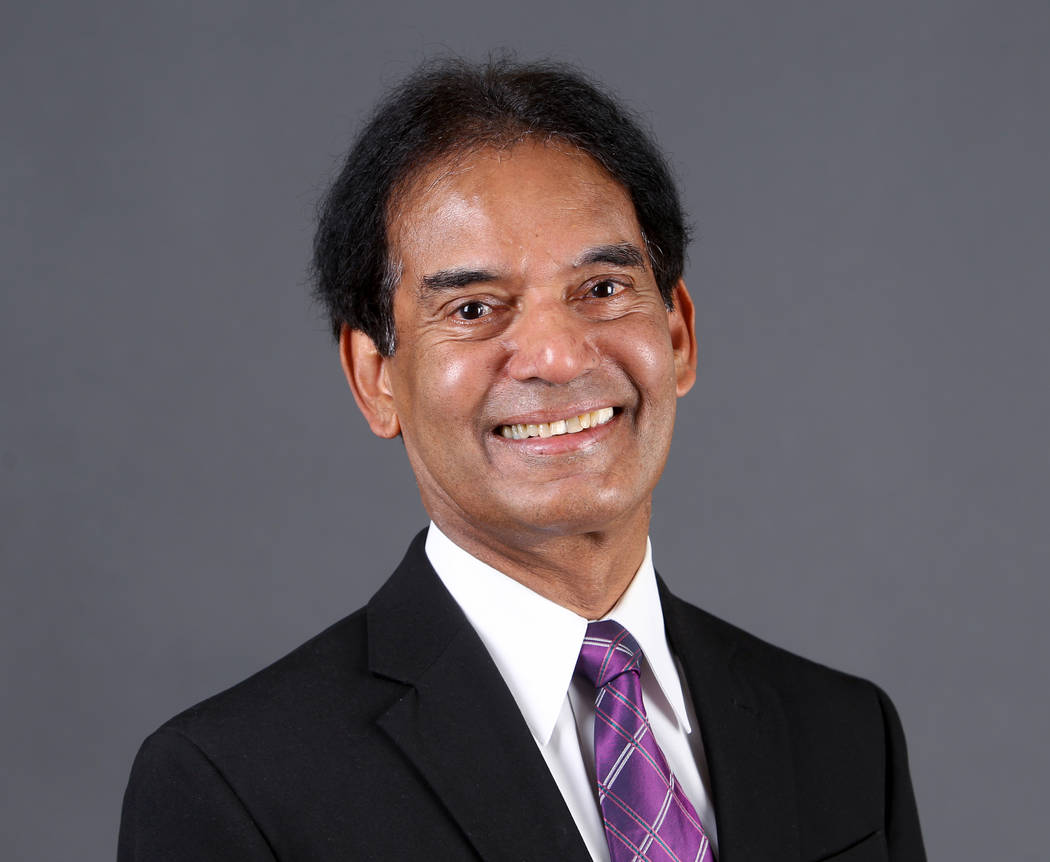 The Wall Street Journal recently commented that Europe and Japan finalized the trans-Pacific partnership (TPP) trade pact that eliminates tariffs on more than 95 percent of products and reduces nontariff barriers. It commented that the U.S. lost by walking away from the TPP.

After becoming president, Donald Trump withdrew from the TPP which was between the U.S. and 11 other countries bordering the Pacific Ocean. He promised to replace it with an agreement negotiated on a bilateral basis.

Let us analyze whether a bilateral or multilateral trade agreement would serve the U.S. interests better?

Multilateral trade agreements are treaties of commerce between three or more nations. All signatories treat each other the same. The treaties are intended to confer such benefits as reduce tariffs and make it easier for participating countries to import and export products, give expanded access to each other’s markets and increase each country’s economic growth. These agreements standardize business operations and commerce regulations; establish fair labor standards and environmental protection. The goals are to keep one signatory country from stealing the other’s intellectual property, dumping products at a cheap cost, or using unfair subsidies. Since multilateral deals level the playing field for all signatories, it is particularly beneficial for emerging market economies which are smaller in size and less competitive.

The biggest disadvantage of multilateral agreements is that they are complex. The details of the negotiation are specific to trade and business practices. That means the public often misunderstands them. Consequently, they receive lots of controversy and protests. Another disadvantage is that since trade barriers disappear smaller businesses cannot compete with giant multinationals. They often lay off workers to cut costs. Others move their businesses to a participant country where the wages are low.

Examples abound of multilateral deals that the U.S. signed: Besides the TPP, the North American Free Trade Agreement (NAFTA) signed in 1994 between the U.S., Canada and Mexico, the Central American Free Trade Agreement (CAFTA) signed in 2004 by the U.S. with Costa Rica, Dominican Republic, Guatemala, Honduras, Nicaragua and El Salvador, the 1947 GATT (General Tariff on Trade and Tariff) agreement which paved the way to the WTO (World Trade Organization) agreement among all 149 member countries. Besides these, agreements specific to intellectual property, which is a key part of all trade deals, have been signed such as the Paris Convention for patents, the Universal Copyright Convention and the Berne Convention for copyrights, and the trade agreement among the members of the World Trade Organization (WTO), to name a few.

Bilateral agreements are between two nations at a time, giving them favored trading status with each other. The objectives of the bilateral deal are the same as a multilateral deal, except it is between two countries that negotiated the deal.

The advantages of a bilateral agreement is that it is easier to negotiate since it involves only two countries; goes into effect faster, reaping trade benefits more quickly. They are easier to enforce, particularly if arbitration is the specified means to resolve a dispute.

Examples of bilateral agreements: The Transatlantic Trade Investment Partnership (TTIP) agreement between the U.S. and the European Union, which has been stalled in negotiation following Brinton’s decision to exit the EU. The TTIP is intended not only as an economic project, but also a political project to promote transatlantic ties. This would be the largest agreement so far, beating NAFTA.

All of the dozen bilateral deals had great impact on reducing tariffs, increasing U.S. exports, providing protection for intellectual property and increasing effective labor standards and environmental enforcement. None of these deals face unsolvable disputes of violation of the signed deal.

The multilateral treaties were intended to provide increased trade. However, they failed to fully bestow the trade benefits that the U.S. expected. Because of NAFTA, many U.S. manufacturing jobs went to Mexico hollowing out many industrial states here after NAFTA went into effect.

The various treaties on intellectual property and the WTO deal are totally ineffective. This may explain President Trump’s flip from being a supporter of multilateral treaties to bilateral deals. China is the primary violator of the WTO and intellectual property agreements. In the first 15 years of accession to WTO only China achieved one-sided win outcome rather than a win-win with the U.S. and the rest of the world.

China has not been living up to its obligations under the IP treaties it signed. Moreover, China has been aggressively driving espionage to steal U.S. intellectual property by overtly engaging its military and other state organizations.

China is known to dump on our soil, goods such as steel, solar panels, toys, pharmaceutical products, etc. made with generous state subsidies in violation of the WTO deal.

A trick that China pulled off before acceding to WTO is that it used coalitional bargaining to define its status as a developing country and unfairly conferred certain benefits on itself. China has ample capacity to wage a trade war against any major economic power like the U.S. and EU. It exploited its incorrect status as a developing country to a significant extent. China failed to adopt a proactive opening up strategy by acknowledging that it is a developed country and play by the required rules.

The pros and cons of multilateral and bilateral agreements do not seem to favor one type over the other. However, it is unclear that without the U.S. participation and leadership as a chief advocate what fate multilateral deals will face and whether globalization will continue. This is an interesting experiment awaiting results.

President Trump’s strategy to recuse the U.S. from participating in multilateral deals should be allowed to run its course until this experiment is completed. Trump may be proven to be right that a more-controlled trade by the U.S. via bilateral deals will lead U.S. to greater strength and prosperity. Certainly, his trade policy is jolting us out of a profound amnesia and complacency into fresh thought and action.

Regardless, our country should maintain its open economy and leverage its market power to strengthen it by creating more jobs. The U.S. should establish a standardized template for bilateral agreements and institutionalize such template for reaching deals with all countries. Such template may become the gold standard for all countries.

T. Rao Coca, Ph. D., J.D, is an intellectual property lawyer and consultant. He is a former senior executive with IBM, NVIDIA and IGT. He lives in Henderson. 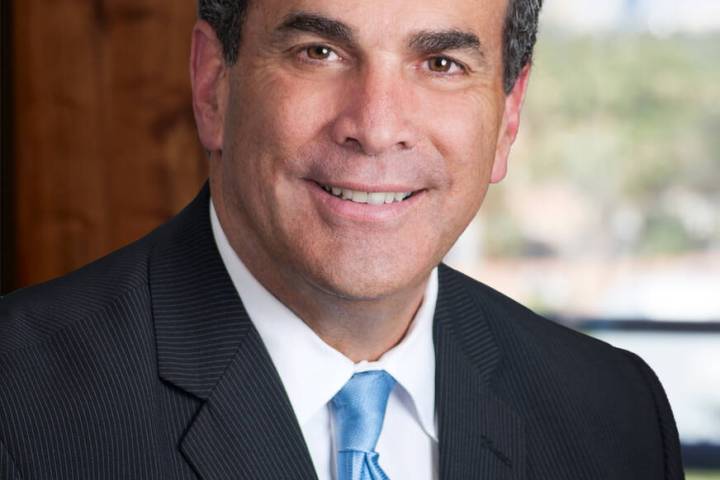 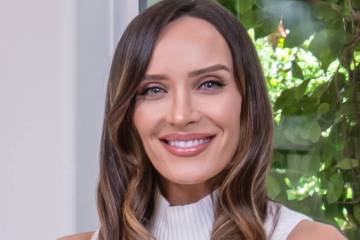 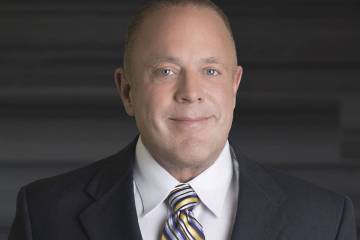