Skip to content
Sign up for our newsletter
section-ads_high_impact_1
By JEFFREY MEEHAN LAS VEGAS BUSINESS PRESS
April 4, 2017 - 3:14 am 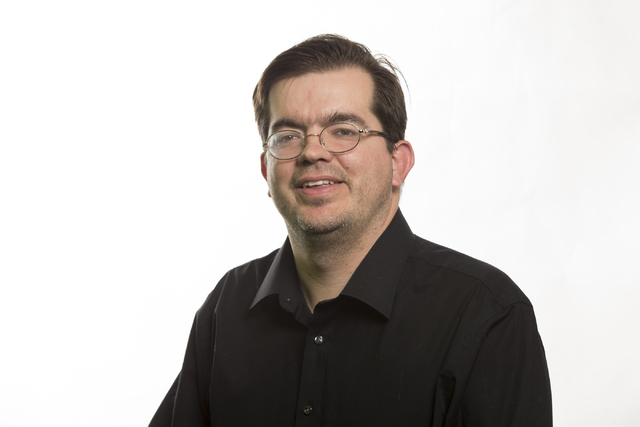 Things seem to be heating up at the Neonopolis, a 240,000-square-foot downtown Las Vegas retail center. On March 30, management announced the opening of The Nerd, a nightclub geared toward the millennial demographic.

The move comes as Neonopolis opened Millennial Esports in early March. The site now contains a 200-seat arena in the 15,000-square-foot space on the third floor, which used to be part of the center’s shuttered movie theater.

The Nerd, spearheaded by Jonathan Borchetta, owner of the zip line at the Rio, is moving into Suite 250 at Neonopolis, where the Drink &Drag once sat before it was shuttered some years back.

The club’s backers hope to capitalize on e-sports tournaments that will take place periodically at the new arena, along with other related events.

In mid-March, California Assembly Bill 199 made its way past the state’s Committee on Labor and Employment and is now headed to the Appropriations Committee.

If passed, AB 199 would require workers to be paid the prevailing wage rate rather than market-rate wages on new, privately constructed homes that are built wholly or in part with public money or government agreement, according to language in the bill. This was an exemption under prior legislation in the state.

Opponents say prevailing wages are consistently higher than the market-wage rates that contractors or developers have to pay.

In a recent interview with the Fresno Bee, Mike Prandini, president and CEO of the Building Industry Association of Fresno and Madera Counties, said the increased cost of construction on an individual home could be between $35,000 and $60,000 depending on the size.

The bill is being supported by California Assemblyman Kansen Chu, D-San Jose, and the California Building and Construction Trades Council, a labor group in the state.

The Coalition for Affordable, Reliable and Equitable Housing’s website, careabouthousing.org, notes that housing in California is already much costlier than in other parts of the country. The coalition is opposing the measure.

A report from the California Legislative Analyst’s Office, which provides fiscal and policy advice to California’s Legislature, contained data showing that the average price of housing in most of the state is higher than it is in the U.S. overall.

The March 2015 report “California’s High Housing Costs: Causes and Consequences” showed an average home price of $179,000 for the U.S., while only Bakersfield fell below this average, at $170,000. The statewide average was much higher, at $437,000, as of January 2015, with some of the state’s larger metros towering over that.

San Francisco’s average home price, for example, was $952,000 in January 2015, according to the report. Other cities fell below the statewide average, falling near the U.S. average, including Fresno at $188,000.

In some of these higher-priced metros, affordability is already an issue.

At the same time as the LAO report on California’s average home price, which was $437,000, a report by the Greater Las Vegas Association of Realtors said the median home price on an existing single-family home was $204,000.

In the LAO report, the average Californian spent 4 percent more per month on housing than those in the rest of the U.S. — 27 percent versus 23 percent, respectively.

The problem is greater in the metro areas, especially in Los Angeles. Residents in that region are paying an average of 30 percent of their median monthly income on housing, according to the LAO report.

Affordability is also an issue in California.

The National Association of Home Builders and Wells Fargo Housing Opportunity Index can show a good comparison between Las Vegas and Los Angeles as far as affordability. The index value is a measure of what percentage of homes, the higher the better, in an area that would be considered affordable based on median income in the region and other factors.

Some of these disparities may be the reason more Californians come to Nevada than from anywhere else. Nevada’s inflow from California equated to roughly 40 percent of inbound newcomers between 2014 and 2015, according to reports from the Internal Revenue Service.

Looking at it from California’s perspective, Nevada was the second-highest destination point, according to IRS data from 2014 to 2015. Texas took the No. 1 spot.

More recently, Nevada Department of Motor Vehicles data showed that California residents surrendered more licenses and IDs than from anywhere else in the country in 2016.

At the end of 2016, 20,358 drivers licenses and 2,864 identification cards from California were surrendered to the Nevada DMV in Clark County.

The state with the next-highest surrender rate was Florida with 3,870 drivers licenses and 274 identification cards surrendered in Clark County in 2016.

This, along with California’s vote to extend the temporary tax increases for income earners making more than $250,000 annually through 2030, could also drive homebuyers to the valley.