Skip to content
Sign up for our newsletter
section-ads_high_impact_1
By BUCK WARGO SPECIAL TO LAS VEGAS BUSINESS PRESS
November 28, 2017 - 11:09 am 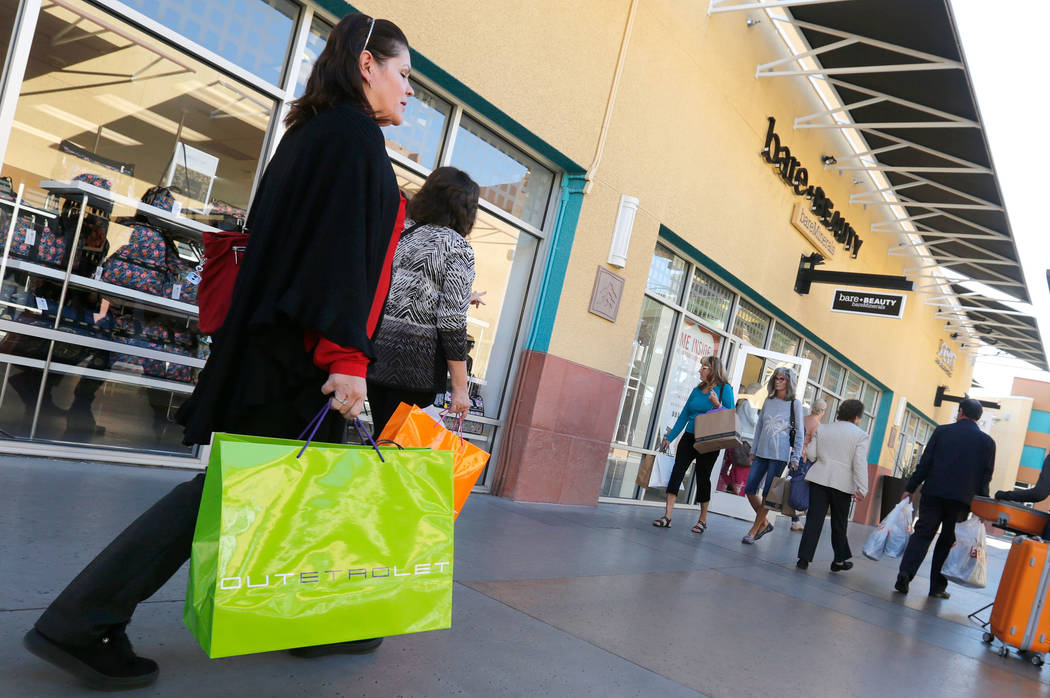 This week marked Cyber Monday celebrating online shopping; but some of the largest shopping center developers and owners in Las Vegas said no one should write the obituary for brick-and- mortar anytime soon.

In fact, they said the future is bright, especially for higher-end and better-located retail centers, and said it’s incumbent on owners to upgrade their malls and centers to make them destinations where people do more than just shop.

The question of whether retail is dead was part of a recent discussion by the Southern Nevada Chapter by CCIM, a commercial real estate professional’s organization.

“Everybody has heard that retail is dying and stores are closing and everybody is going bankrupt and that the internet is taking over,” said program moderator Brian Sorrentino, director of ROI Commercial Real Estate. “How the heck can we make a living doing this?”

Sorrentino was joking with that quip and cited the growth of retail in Las Vegas with the construction and absorption of space and lowered vacancy rates.

There are problems in the industry with chains closing stores but nationally there were expected to be 4,000 new store openings in 2017 and 6,500 in 2018, he said.

“The fact that people are saying the internet is taking over retail: Internet purchases account for 8.2 percent,” Sorrentino said.

Kellie Forman, vice president of leasing with the Howard Hughes Corp., the owner of Downtown Summerlin, a regional center of more than 1.4 million square feet that opened in 2014, said traffic at the center is up. She said it’s 95 percent leased and the sales per square foot is $150 more than original projections.

“If retail were dead, then Amazon wouldn’t be getting in the brick-and-mortar business with Amazon book stores and their acquisition of Whole Foods,” Forman said. “There are other retailers online that are adding brick-and-mortar, too. There’s Fabletics (by Kate Hudson), which we have done a deal with in Downtown Summerlin. Internet retailers want more interaction with consumers so they get additional business.”

Sorrentino said there’s about a 40 percent increase in ticket averages when it comes to customers going into a store versus online sales because there’s an opportunity to sell accessories and other items.

Mark Jenkins, senior vice president of development with Kite Realty, which ownership includes the Centennial Center, said that while online sales are increasing, it’s “still at a really low number.” He points to Generation Z as a group that wants the experience of going into a store at a time online retailers are finding their margins are low without having stores.

“Everyone talks about Amazon, but if you pull apart the two pieces of Amazon, their margin is shocking and practically unsustainable,” Jenkins said. “Brick-and-mortar has higher-profit margins.”

Jeff Axtell, executive vice president and regional manager with Vestar Development, whose properties include The District at Green Valley Ranch, said leasing is up and same-store sales are up between 6 and 10 percent in The District.

The retail sector struggling the most nationally is fashion, and value retailers such as T.J. Maxx, Marshalls and Ross continue to back-fill those spaces when someone vacates it, Axtell said. Meanwhile, specialty grocers such as Sprouts, Whole Foods, and Trader Joes are sought out tenants that lure shoppers to a center, he said.

Forman said what helps Howard Hughes have success in retail centers, such as Downtown Summerlin, is that the communities are built like small cities and have single-family homes, multifamily, offices, parks and schools that make them a destination. There’s also a practice center for the Golden Knights hockey team and Howard Hughes, which owns the Las Vegas 51s minor league baseball team, which will open a stadium in Summerlin in 2019.

Axtell said high-end “A” centers are doing well and should continue to dominate. The lower-end “C” centers are in jeopardy and mid-level “B” centers will need to upgrade, he said.

Andrews said there were many shopping centers that should never have been built. In the end, however, the best real estate will win out, he added.

“The mall is not going away,” Forman said. “We (as an industry) have to build a better mall. We have to tweak it and reinvent it.”

If you have a dominate center, you have a competitive advantage, Axtell said. No one should be complacent, and you have to constantly reinvent the center when it comes to common areas, and add uses that make people want to come to the center whether it’s specialty grocers, restaurants and entertainment like movie theaters and Dave & Busters, he added.

“You have to make it more than a place to buy goods. You’re going there to have an experience to eat, be entertained and shop,” Axtell said.

Andrews touted restaurants as being important anchors to a shopping center, and that was echoed by Forman. She also cited health uses for establishments like TruFusion, a group fitness center in Downtown Summerlin. That along with an Apple store and office space serves as mini-anchors for shopping centers.

“(Health and fitness) brings the same type of customers as a grocer,” Forman said. “Some 500 to 600 people go through TruFusion at Downtown Summerlin, and those people need to shop, eat and other services.

Southern Nevada is well-positioned for future retail growth with $1.9 billion planned for a domed stadium, $1.5 billion by Steve Wynn along the Strip, $4 billion of Resorts World and $1.4 billion by the expansion of the Las Vegas Convention Center, Forman said.

“We are very bullish on Las Vegas,” Forman said.

“One of the reasons you have $14.9 billion already committed here for construction. These are big numbers for any size of a city let alone a city this size. That’s jobs and housing growth and more people coming to Las Vegas and more opportunity for people to see Vegas as a real city and not just a place for gambling.”

As for shopping tastes, she said she has learned that Las Vegas customers are “very brand conscious” when it comes to cosmetics, apparel, accessories and soft goods. They are aspirational shoppers, she said.

Both local and national restaurants have done well, but the key is the perceived value for the dollar, Forman said. Customer service is also important, she added.

Overall, Forman said some retailers “have gotten lazy because they were the only option.” She said her team recently met with retailers in New York City like Coach who are reinventing themselves and focusing on redesigning their merchandise.

“We met with one apparel retailer who didn’t talk about their product but their digital platform,” Forman said. “They’re going to go down the toilet because they’re not focused on their product. If the product is no good, it doesn’t matter about the online presence and how many coupons you give or marketing events you have.”

The Walmart Supercenter on the southwest corner of Blue Diamond Road and Rainbow Boulevard is close to wrapping up construction on its 170,000-square-foot center and will be officially open during the fourth quarter of 2017, said Applied Analysis Principal Brian Gordon.

Skye Canyon Village on the northwest corner of Grand Canyon Drive and Skype Canyon Park Drive, continued construction on its 224,000-square-foot neighborhood center. It will be anchored by Smith’s, he said.