Skip to content
Sign up for our newsletter
section-ads_high_impact_1
By BUCK WARGO SPECIAL TO LAS VEGAS BUSINESS PRESS
June 5, 2017 - 12:12 am 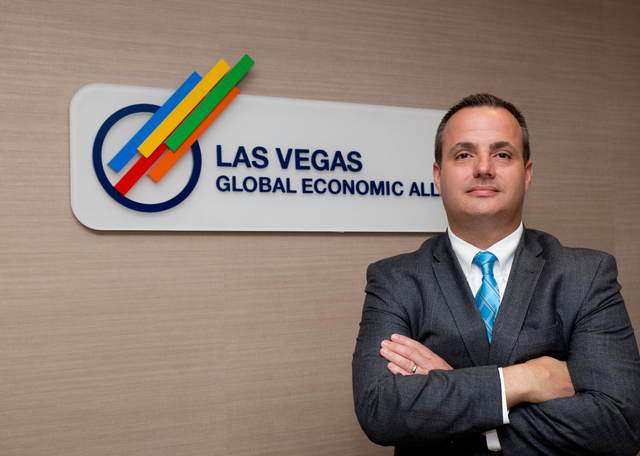 Three companies are receiving nearly $10 million in tax abatements for creating 237 jobs in Southern Nevada over the next five years.

The approval for the incentives came May 18 during a board meeting of the Governor’s Office of Economic Development.

The three companies — Ryze Renewables, Scientific Games and eCig Distributors — cover a broad range of economic development from chemical manufacturing to technology and distribution, according to Jared Smith, chief operating officer of the Las Vegas Global Economic Alliance that assisted with the expansion and relocations.

“The takeaway from this is to look at the economic diversification in these announcements,” Smith said. “Each of these is from different sectors.”

Since January, the LVGEA has assisted with the expansion and relocation of 11 companies, helping to create more than 2,300 jobs throughout Southern Nevada, Smith said. Of those, 73 percent are manufacturing and logistics combined, he said.

“Business retention and expansion is a big part of what we do,” Smith said. “We just don’t recruit new companies here. We spend a lot of time meeting with at least 150 to 200 companies a year trying to find opportunities to assist them in their growth.”

Smith said the LVGEA likes to keep running tally of what it’s done in helping bring jobs to Southern Nevada, and that 2,300 number will likely be surpassed when the state board meets July 20.

“The speed of the growth in the market is increasing,” Smith said. “Just in the first two quarters, 2,300 jobs for a market this size is a good year, but we’re only two quarters in. With the pipeline we have, we have a long way to go as far as announcements go. That’s a good thing. We anticipate another great year in economic development.”

With plans to bring 67 jobs to the region and nearly $150 million in capital expenditures, Ryze Renewables Las Vegas will receive more than $9 million in tax abatements in 10 years. It plans to acquire and refurbish an existing biodiesel processing facility in North Las Vegas that will open in 2018, said LVGEA spokeswoman Nicole Santero. Ryze has a location in Reno and other markets in the U.S. for manufacturing renewable diesel, she said.

Scientific Games Inc. will expand its existing operations in Southern Nevada as it plans to hire 80 new employees in skilled positions in five years, with an hourly wage of $30 an hour, Santero said.

After transitioning from a merger with Bally Gaming Inc. and WSM Industries Inc., Scientific Games will spend $14 million to transform its headquarters into a campus, Santero said. As part of the project, it will renovate two buildings where 1,200 of its staff will be consolidated into the new campus, she said.

Scientific Games Corp. is a developer of technology-based products and services and associated content for worldwide gaming, lottery and interactive markets.

Scientific Games will receive $403,239 in abatements. That includes $255,225 in sales tax abatements, $87,025 in modified business tax abatement and $60,989 in personal property tax abatement, according to the LVGEA.

With the potential to bring in 70 new jobs to Southern Nevada in the next five years, eCig Distributers Inc. will lease a 33,810-square-foot distribution facility in Clark County, Santero said.

The LVGEA has worked in close conjunction with the city of Henderson, and the company will partner with the University of Nevada, Las Vegas for a recruitment program to fill part-time positions with students, Santero said.

eCig Distributors specializes in the sale of vapor products that it distributes in 48 states and 83 countries, Santero said.