Skip to content
Sign up for our newsletter
section-ads_high_impact_1
BY BUCK WARGO SPECIAL TO LAS VEGAS BUSINESS PRESS
May 8, 2018 - 11:36 am 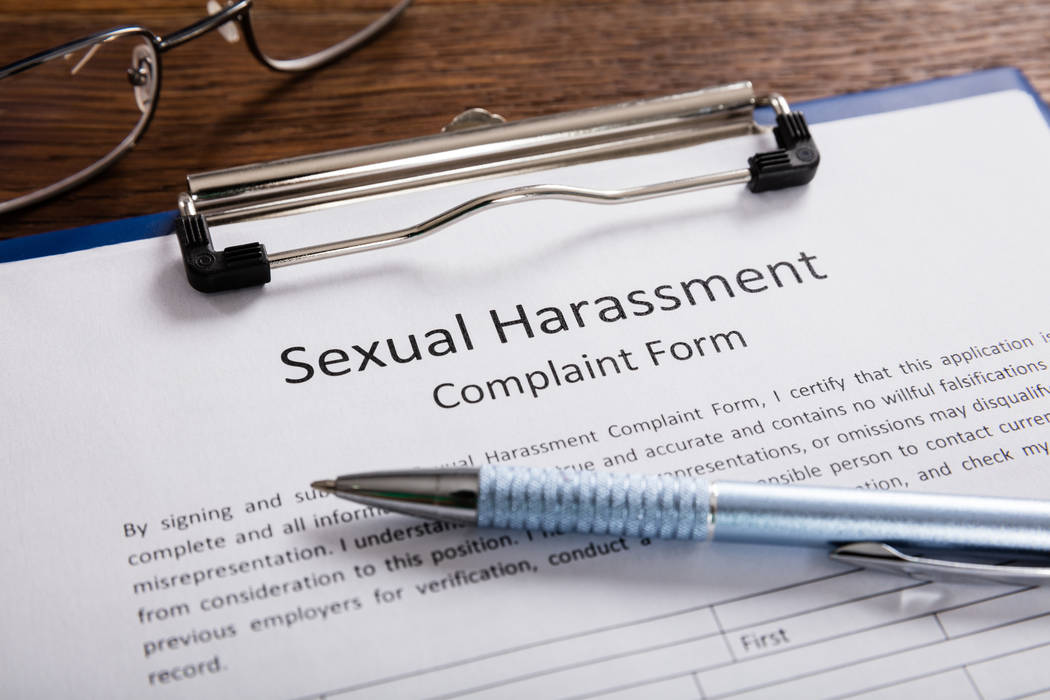 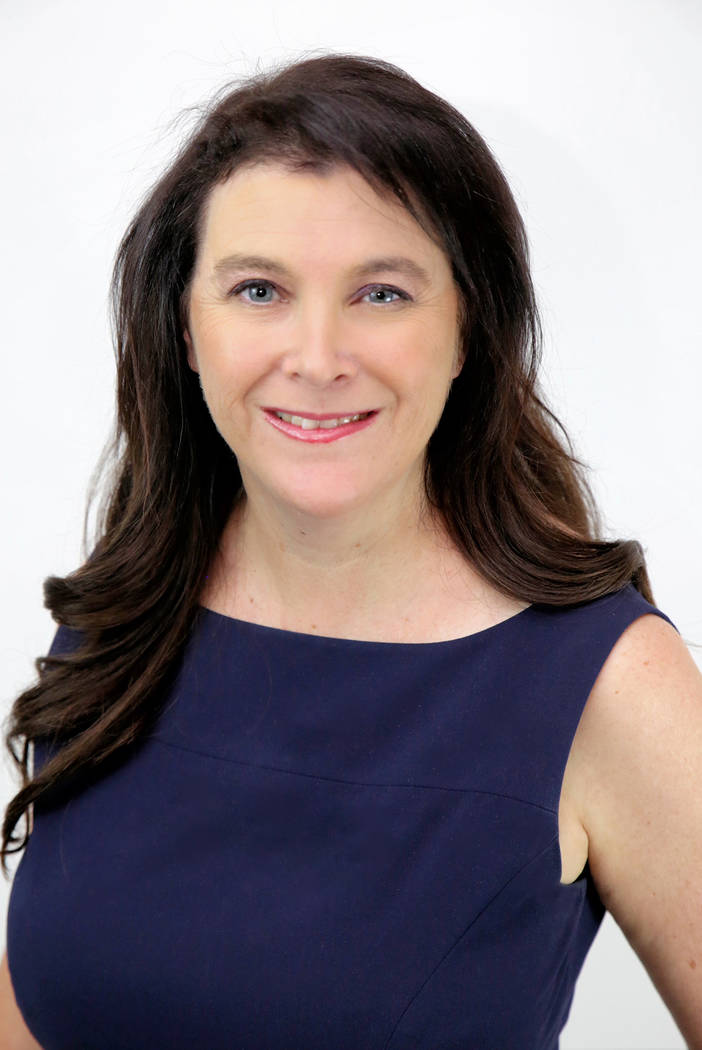 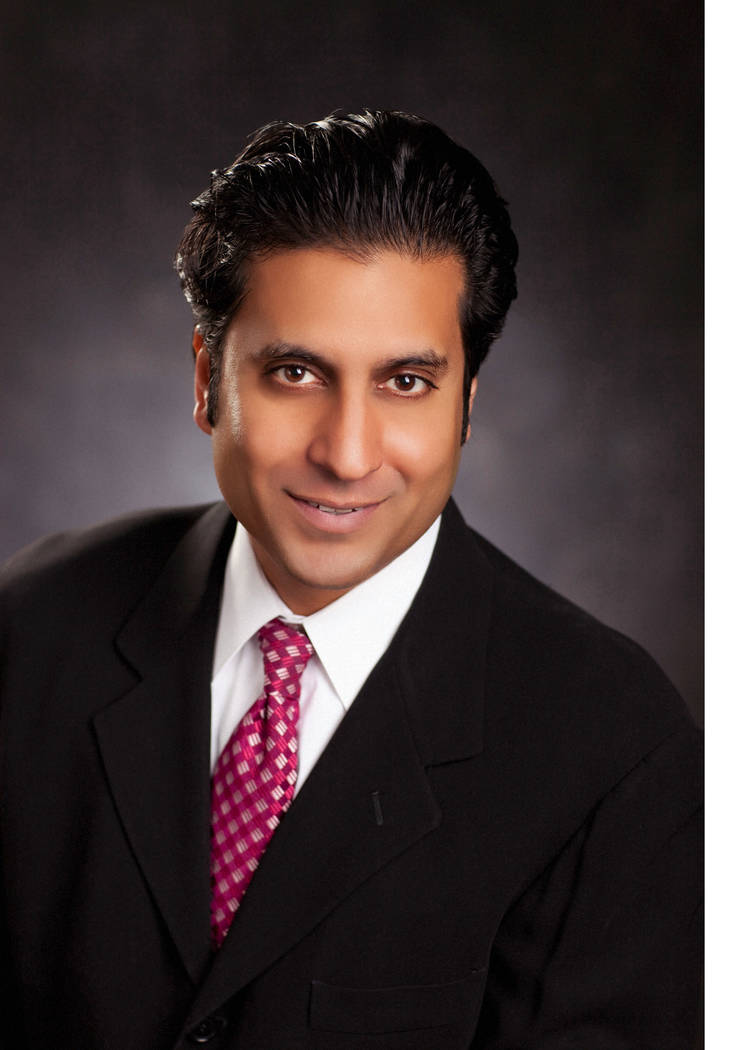 Earlier this year, a Las Vegas trial attorney put an ad on a billboard telling victims of sexual harassment in the workplace that they can sue their bosses.

It came on the heels of the “Me Too” movement that has not only brought out victims of celebrities but revelations of those who made accusations in the past against business executives, such as former Wynn Resorts CEO Steve Wynn. Many were disgraced and either resigned, like Wynn, or were dismissed.

Paul Padda paid for the “sue my boss” billboards, which linked to his website. They were up from January through mid-March. Attorneys like Padda have said there have been more people coming forward claiming sexual harassment.

Even labor lawyers are expecting an uptick of claims and have urged businesses to put policies in place to prevent sexual harassment and limit their liability if it happens.

“We’ve definitely seen a higher volume of calls come in,” Padda said. “Both men and women are feeling empowered and willing to speak out knowing there has been a cultural shift in people’s thinking. We’ve even witnessed a Ninth Circuit judge having to resign over sexual harassment allegation. Even the judiciary is not immune, and that’s pretty profound. We are entering an era where ‘no means no’ and people understand that harassing someone carries legal consequences.”

Padda said Las Vegas has had a “culture and history of this type of behavior” when it comes to sexual harassment and how people have view it as acceptable in a city that advertises strip clubs on billboards.

“Historically, we have had this Wild West mentality of men are men and women are women and with gambling and partying and casinos, a lot of these larger corporations were run in a way that you wouldn’t run if you were on Wall Street where this is more accountability,” Padda said. “I think that is changing dramatically, though. I think there’s a much more heightened concern about this type of behavior not being tolerated and it has come full circle because of what happened to Steve Wynn.

Who could be more powerful than Steve Wynn, and he was toppled.”

Companies now recognize sexual harassment is bad for business because it could cause stock prices to plunge, destroy reputations, trigger lawsuits and lead to organizations canceling conventions, Padda said.

“There are so many ramifications to it and finally these companies recognize it’s not in their best interest to allow people to sexually harass their employees,” Padda said.

Lawyers representing businesses have been taking action to help their clients. There’s a strategy companies can follow to protect themselves, according to Aviva Gordon of Gordon Law, whose firm represents employers. She has put workshops that have dealt with sexual harassment for businesses as part of the Henderson Chamber of Commerce’s Roadmap to Success. One was entitled, “#MeToo: How to Prevent Sexual Harassment Claims and how to Respond if They Are Made.”

“It’s an interesting time in the workforce these days in terms of what’s going on with discussions of sexual harassment and how you can protect your business,” Gordon said. “And it’s not only men who harass and not only women who are victims. Sexual harassment crosses gender, sexual orientation and sexual identification.”

Sexual harassment took the headlines in 1991 with Supreme Court justice nominee Clarence Thomas and again with President Bill Clinton in 1998, but fell by the wayside until 2017 when Hollywood producer Harvey Weinstein and others such as television journalists Charlie Rose and Matt Lauer were accused of sexual harassment and lost their positions, Gordon said. In the wake of the Me Too Movement, women are willing to speak out and take action against their employers if there’s sexual harassment, Gordon said.

“It’s a scary and dangerous time to be man right now,” Gordon said. “An ABC News Washington Post poll said 54 percent of women reported unwanted and inappropriate sexual advances at some point in their life. It makes it a very concerning time for employers. As an employer, you will get sued and the claim is against you and not the offending employee.”

Gordon was blunt in her message to human resources directors that “many lawyers are predators.” When they see an opportunity to exploit an opportunity for benefit, they, will do so, she said.

“This is a prime time to be able to go to a lawyer who will say for 33 percent of whatever you get, this is what I will do for you, which makes it very dangerous for employees at this point,” Gordon said.

Padda said he’s selective in taking cases where the claim can be verified and not be a case of a “she said, he said.”

Not every case, however, rises to the level of being sexual harassment, Padda said. People don’t understand that being asked out by someone they don’t want to go out with qualifies sexual harassment.

“Sexual harassment requires a workplace relationship of supervisor and supervisee or co-worker of equal status who won’t take no for an answer, but it has to arise in the employment context,” Padda said. “We have had calls of someone being harassed by a supervisor and pressured into sexual situation, or asking the employee to take pictures and send them to him with the message they otherwise won’t have a job.”

Padda said that while “bad things” happen, the standard of what it takes to go to court is different from it being right or wrong. Sexual harassment has to be proven in a way that fits within the law, he said.

Gordon said many claimants who go to court “aren’t always that successful,” and that most cases gets resolved long before there is a lawsuit filed, citing the $7.5 million that Steve Wynn paid to an employee who accused him of forcing her to have sex.

“To take it all the way through to trial to get to a judgment, and this is true with all civil litigation, about 90 percent of it gets resolved before it gets to a judgment,” Gordon said.

When it comes to traditional cases, attorneys said the damages are higher depending on the victim’s salary, meaning lower-waged workers wouldn’t stand to earn as much if there were fired by someone they accused of sexual harassment unless it was a high-profile case.

There are two types of sexual harassment, Gordon said. One is a hostile work environment and the second is quid pro quo such as “I will give you a corner office or a raise if you sleep with me. The converse is also true. If you don’t go out with me, I will move you from the corner office and into a cubicle or if you don’t sleep with me, I will demote you. It’s easier to see because it is something for something. When an authority figure hints they will give you something in return for a demand, it doesn’t have to be sex. It could be just dinner.”

The harder one to understand and for companies to protect themselves against is a hostile work environment, Gordon said.

One type is comments or actions based on someone’s sex or gender. It could be drawing graphic pictures or comments about an outfit and what it does for their appearance.

If a woman says to a man that the tie he wears brings out the color of his eyes, that wouldn’t be severe but if she said it every day, then it would be considered pervasive, Gordon said.

If someone touched and rub up against someone, it would not need to be as frequent or against as many people as other cases, Gordon said.

The third factor would meet the standard if the employee considered it to be offensive or abusive, Gordon said.

“The whole reason lawyers have jobs is you can’t always put everything into those little boxes,” Gordon said. “There’s a lot of gray area with all of this. The claimant would have to allege that the comment or action was severe or pervasive or it would have been offensive objectively and subjectively. In America, you can sue for any reason, but to have a meritorious claim, you will have to be able to make the allegations that all of those factors are satisfied.”

Employers should investigate every allegation made by an employee and not all of them will show liability, Gordon said.

The Equal Employment Opportunity Commission and the Nevada Equal Rights Commission will not investigate cases with fewer than 15 employees, but that doesn’t mean companies shouldn’t pay attention, Gordon said.

“At some point you may have more than 15 and also given the current environment it may be very well that at the state or federal level that may drop to 10 employees or five employees or one,” Gordon said. “It is very important that if you don’t meet the threshold, you conduct yourself in a way as if you did.”

Those in the service industry are especially vulnerable because not only can it be a supervisor or co-worker but a customer as well, Gordon said.

That would include having a consulting business and employees going out to clients of the company, she said.

The victim does not have to be harassed, Gordon said. Problems can develop if an employee went to dinner with a boss willingly and gets the corner office while someone who wasn’t even asked and wanted the corner office didn’t get it. They will claim economic injury.

“That’s why I have all of my clients document everything both positive and adverse to provide the answers why for the decision,” Gordon said.

Companies should have written sexual harassment policies and have their employees sign them, Gordon said. Everyone should sign it from the lowest level employee to the owner, she said.

If an employer takes “reasonable care to address and correct” a problem and the victim fails to take advantage of the corrective opportunity, they reduce their liability, she said.

“If you have a policy that is in writing, follow it,” Gordon said. “If you do not follow it, you have far more danger to you as an employer because you will surely get sued and defeat any defense that you had.”

Gordon said employers shouldn’t use language in any policy that says “zero tolerance,” because at some point, there may need to be exceptions.

“If you have employees that are married, that creates a more challenging circumstance, and you can’t say you have a zero tolerance policy,” Gordon said. “Then won’t be enforcing it under any circumstances.”

Policies should describe the prohibitive conduct, and it helps to have examples, Gordon said.

Employees should be encouraged to report of conduct they think is harassment and encourage reporting from witnesses as well, she said.