Skip to content
Sign up for our newsletter
section-ads_high_impact_1
By CRAIG A. RUARK SPECIAL TO LAS VEGAS BUSINESS PRESS
September 11, 2016 - 12:39 pm 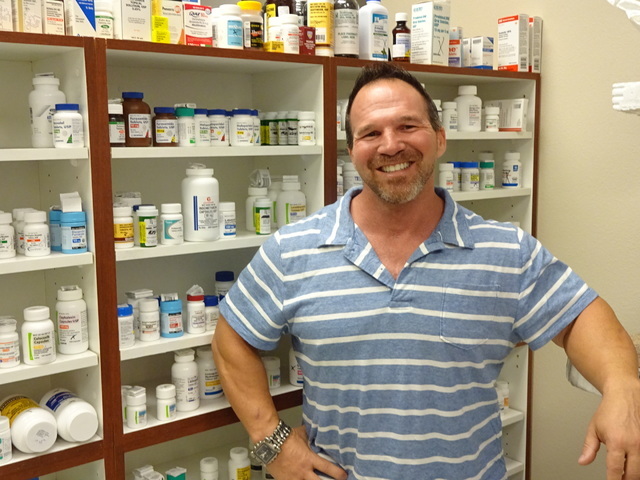 In the past six years, compound pharmacies, which customize prescriptions according to a physician’s specifications, have spread in Southern Nevada. The niche market is growing both locally and nationally.

Customized prescriptions are necessary for patients who need a specific potency that isn’t available in premanufactured, over-the-counter doses, or to eliminate inactive ingredients that may cause an allergic reaction in patients. These pharmacies also prepare prescriptions for alternative routes of administration, and can change or enhance flavoring to make a prescription more palatable.

According to American Pharmacist, an industry trade group, about 65 percent of the nation’s independent pharmacies provide compounding services. These pharmacies fill prescription orders for the general public, and also serve hospitals, senior care facilities and other specialty care medical facilities, the group said.

Adults 65 and older are likelier to have chronic illnesses, which increases demand for prescriptions. Also, elderly people often require personalized dosage forms, flavors or medications that comply with their allergies and alternative routes of administration.

The Pharmaceutical Research and Manufacturers of America reports that about 3.6 billion prescriptions are dispensed in the United States each year. The U.S. Pharmacopeial Convention estimates that 30 million to 40 million of those prescriptions are compounded medications.

According to the report, there are 5,513 retail compounding pharmacies in the United States, which generate $5.6 billion in revenue and $1.5 billion in profits. From 2015 to 2020, industry revenue is forecast to grow at an annualized rate of 2.6 percent to $6.4 billion. The breakdown of revenue sources are:

Most major hospitals have their own in-house compounding pharmacies that aren’t included in this survey.

A Nevada State Board of Pharmacy representative said compounding is a general term referring to pharmacies that dispense medications according to a physician’s prescription.

Dispensing a 30- or 90-day supply of pills, or liquid medicine, even if premanufactured, is not a form of compounding. However, not every pharmacy is equipped or has the expertise to mix pharmaceuticals to a custom strength/potency, and package them as directed in capsule, liquid, cream, gel or powder form.

Professional Compounding Centers of America, an education organization training pharmacists in compounding techniques, supplies compounding equipment and maintains a database of over 8,000 proprietary formulas of medicines that have been pretested.

“Our pharmacists have access to proven and pretested formulas, which we use as the basis for our compounding work. The formulas are made up of inactive and active ingredients, and after we mix those ingredients together, the compound is tested to make sure it meets the potency requirements prescribed by the physician,” said Precision Specialty Pharmacy owner George Maiorano.

There is a distinction between being able to compound sterile and nonsterile pharmaceuticals. Nonsterile medications are pills, creams, lollipops and gels that are not contaminated by exposure to the atmosphere. Sterile medications are those produced within a special bacteria-free environment, and delivered by injection or IV bags. Only three of the seven compound pharmacies in Las Vegas — Partell, Precision and Solutions — have the facilities to produce sterile medications.

Besides compounding, most of the specialty pharmacies also dispense standard premanufactured medications and health products.

“We do it as a convenience to our customers,” Maiorano said. “Many of our customers want to shop in a single location, so we also provide them with heart or diabetes, and other medicines, that they take on a regular basis.”