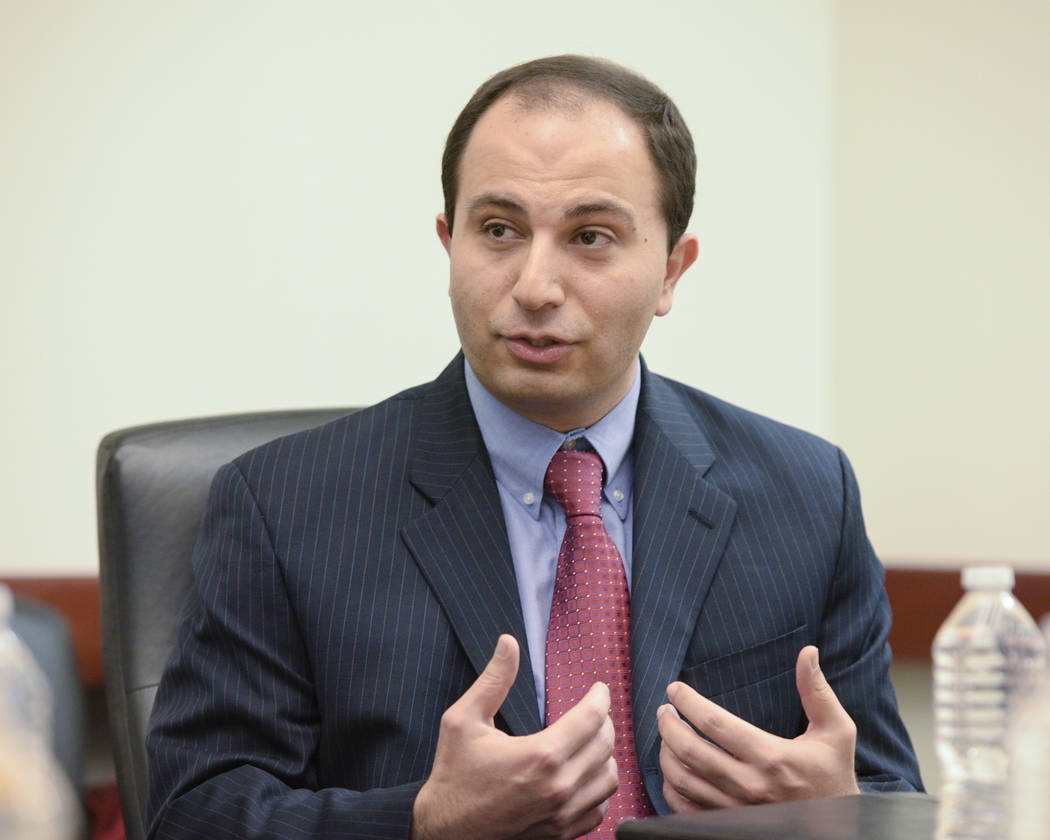 Nevada businesses, including the real estate industry, are facing more regulations and taxes that will make it more expensive to operate in 2020 and beyond, and observers of the Nevada Legislature said they fear that lawmakers are drawing too much from California’s model.

The CCIM Southern Nevada, which represents the commercial real estate industry, held a panel discussion July 24 at The Orleans entitled, “Did Carson City Just Raid Your Bank Account Again?” The panelists fear that trend will continue in 2021 in the next legislative session.

Paul Moradkhan, vice president of government affairs for the Las Vegas Metro Chamber of Commerce, said based on the trend of this year there’s going to be more regulation in the future on behalf of consumers and employees.

“A lot of these ideas are being carried over from California, which is a philosophical shift for our state historically, and California is maybe not the best model to copy,” Moradkhan said.

Bryan Wachter, senior vice president of public and government affairs for the Retail Association of Nevada, said that it’s “not just California” and called it a “paradigm shift” in the amount of regulation and the amount of issues the state Legislature feels it needs to be involved.

Moradkhan said it’s being driven by national politics because many in Carson City are working on national campaigns, and all of that is shaping the policy conversations such as labor regulations.

Wachter said when Democrat Harry Reid served in the U.S. Senate historically before he became majority leader, he was independent as part of that Libertarian bent in the state.

“We are a little Wild West, but we have our own rules,” Wachter said. “You see that with our sin activities we condone, but you’re seeing that erosion on national politics that things are becoming so partisan that it’s hard for Nevada to single itself out more going forward on how we’re going to do things.”

Senate Republicans have filed a lawsuit challenging a tax extension they said should require a two-thirds vote.

Senate Bill 551 eliminated a scheduled decrease in the state’s modified business tax. Revenue is tied to teacher raises and school safety and goes into effect Oct. 1, meaning companies that were set to save money won’t.

Wachter said if the Supreme Court allows the tax to continue as is without a two-thirds vote, that it could open the door for lowering the floor on the state’s commerce tax, get rid of deductions on the modified business tax and other changes as long as the rate is not raised.

The panelists talked about Senate Bill 312 that will provide paid sick leave to employees and goes into effect in January 2020.

In 2017, Moradkhan said the business community was able to work with the administration of then Gov. Brian Sandoval, a Republican, to veto about 39 bills that had a “direct impact” on the business community. With the state’s political landscape changing, and Democrats controlling all three branches of government, Moradkhan said they knew the paid sick team leave bill would return in the 2019 session, and there wouldn’t be “the luxury of a veto.”

Moradkhan said what resulted was a compromise bill where it’s 40 hours of sick time a year. If that worker leaves the company, the business doesn’t have to pay for that time, he said.

“At the end of the day, it was the best version we could possibly get,” Moradkhan said.

Wachter said it was a “very good version” over what was originally introduced and modeled after California.

“All of the bills individually are not bad ideas,” Wachter said. “It’s important for employers to invest in their employees through programs like this. The problem comes when we have 1,242 bills introduced this session about which 900 were followed by (the business community). Each one has an impact that on it’s own has a cost, but when you add them all together and you will see a 35 percent to 40 percent increase in the cost of labor in Nevada that’s going to take place over the next few years. That will have a repercussion across your entire industry. When you look at Senate Bill 312, it’s not that we didn’t want to provide some of these things. It’s the details on why and how that affects the cost of labor, so that when you make changes to other bills like minimum wage and worker’s compensation and what kind of health benefits you have to offer, all of that adds up and makes it more expensive for you hiring that next employee or ride the opportunity to open that new location. That has a negative economic affect downstream.”

The bill ensured small businesses wouldn’t be impacted because they don’t have full-time human resources and attorneys on staff. A lot of the bills that passed got a hard cap of 50 employees for it to take effect, he said.

“If you have less than 50 employees, 312 will not apply to you so that was a major win for us because there were groups that wanted to cover all Nevada employees,” Wachter said. “If you have five or six employees or part-time employees, how practical is it to have that mandate on you.”

There was a bill that created a task force for employee classifications and amendments popped up that would have gotten rid of independent contractor status in Nevada, which would have a big impact on the real estate industry since Realtors are independent. They were able to stop that, according to the panel.

The state’s minimum wage will gradually rise to $12 per hour over the next five years.

“This was something we were told was going to happen at the beginning of the session,” Wachter said. “They were not interested in any kind of changes or compromise. One of the things we asked for is that Nevada is the only state that charges overtime to a company if you work more than eight hours in a 24-hour period as opposed to 40 hours a week. When it comes to scheduling retail or a hotel banquet room, it makes it much more difficult to schedule folks and provide opportunities for them to come in. We suggested to ease a little bit of the burden that small businesses are under, and that was not something up for consideration.”

Wachter said the while the minimum wage is being increased gradually, expectations need to be managed because only 3 percent of Nevadans make minimum wage.

“It’s a mix between old and young,” Wachter said. “There are not a lot of folks on Jan. 1 that will see that increase. If you look at the average wage in Nevada, it’s closer to $10 an hour. You are going to spend a year to a year-and-a-half before you have an effect.”

The concern is that someone making $12 an hour now will cost $18 or $19 an hour in the future rather than be in the same bracket as those earning minimum wage today, Wachter said.

“You are going from $7.25 an hour to $11.25 an hour over the next four years — almost a 50 percent increase in labor. It’s going to be more expensive to run a business because of this legislative session,” Wachter said.

Changes in the worker’s compensation law and modified business tax will mean more than just 75 cents an hour, Wachter said. In addition, for every $1 of cost, that’s an extra 35 cents added on top of it with Social Security contributions and other expenses, according to the panel.

Lawmakers are in the process of amending the state’s constitution to set a flat minimum wage of $12 regardless of health insurance. Businesses will have to provide a minimum level of insurance in 2020 to pay the lower minimum wage.