Skip to content
Sign up for our newsletter
section-ads_high_impact_1
By SUSAN STONE SPECIAL TO LAS VEGAS BUSINESS PRESS
November 28, 2016 - 2:08 am 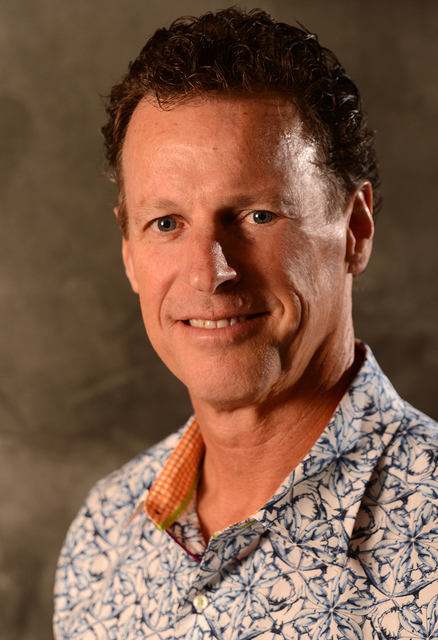 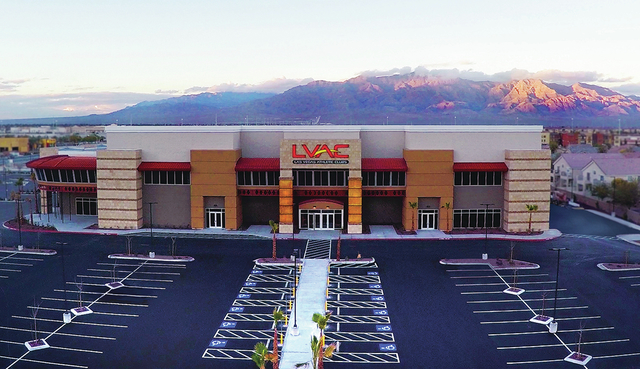 COURTESY In 2018 LVAC will open an eighth location in the new Union Hills development in Henderson. 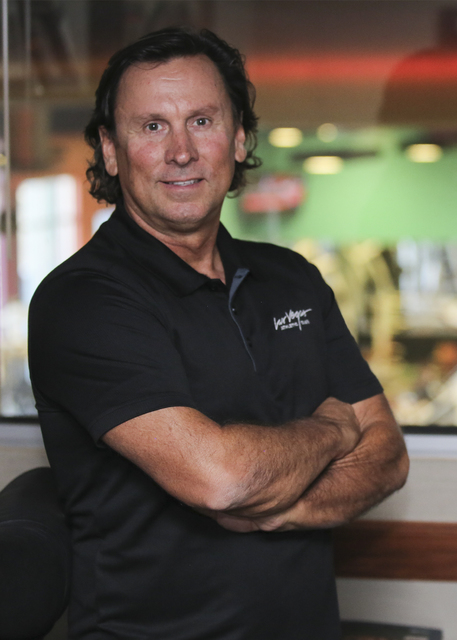 With seven clubs spread throughout the valley, the Las Vegas Athletic Clubs is the largest locally based fitness center operator, and in 2018 LVAC will open an eighth location in the new Union Hills development in Henderson.

The chain has developed a loyal following, having been voted the locals favorite countless times in the annual Best of Las Vegas contests, including the most recent one. It is a business built on sweating the details, like what do women want and providing well-equipped, affordable clubs for everyone.

The company is celebrating its 25th year of ownership by brothers Todd (CEO) and Chad (executive vice president) Smith, along with Andy Palluck, the company president. Chad Smith shared the company’s history with Las Vegas Business Press in a recent interview at their corporate office.

The brothers’ roots in the business run deep, beginning with their father, Rudy, who in the 1940s “was the right hand to Vic Tanny. That’s how he got into the business. He was best man at my parents’ wedding,” Smith said. (Vic Tanny was an eponymous national health club chain in the mid-twentieth century).

Rudy Smith left Vic Tanny in the 1970s to start his own Sherman Oaks Health Club. He eventually acquired four more fitness centers in Southern California, which evolved into the Holiday Health Clubs, home to a slew of celebrities, such as Cher and Sheena Easton. This company grew to more than 300 clubs and eventually was purchased by Bally’s Fitness in the late 1980s.

“He took that opportunity to retire,” Smith said, but it was short-lived. “That’s when the opportunity presented itself to take over the Las Vegas Athletic Clubs.”

This name originally belonged to a club owned by the late Tom Wiesner, a county commissioner and founder of the Big Dogs Hospitality Group. There were four clubs in 1991, when the population was roughly 850,000.

Smith recalled the club at East Flamingo and Sandhill “was originally an AJ’s Shape Up. AJ sold memberships and apparently skipped town before it ever opened up, so the landlord came to LVAC and said, ‘would you please take over this club and open it because it’s hurting the (shopping) center,’” Smith said. This is the only one of the four still open today.

Another, called the Camelot Health Club at Maryland Parkway and Reno Avenue near the Liberace Mansion, is now a Dollar Store. “Claude Howard (a local philanthropist) owned that one, Smith said. “The original four that my father purchased were startups that didn’t do too well, so the Las Vegas Athletic Clubs took them over,” he said, adding that his brother, Todd, negotiated the sale.

Palluck was the managing partner at the time and set about closing smaller clubs while expanding into newer, larger spaces as the county population and their membership rolls strengthened.

The clubs have juice bar cafés, which are leased to a vendor, and most of the personal trainers operate as independent contractors. The company has more than 900 employees, mostly part-time instructors.

Smith is proud of their offerings but not boastful.

“There’s different competitors at all different levels and prices points and facilities, and they’re going to do what they do, but we’ve been set on how we build the clubs since the beginning,” he said. “For us, it comes down to our member experience. What’s our member going through? We truly believe that health and fitness make life better. It’s as simple as that, and we think that should be available to everyone.”

Another distinguishing feature of the chain is that it offers a separate workout room for women. That was an idea Smith credits to his late mother, Virginia, who he said created the first dance-type class “in a health club format. That was probably one of the biggest breakthroughs for women starting to come into health clubs, and she was also very much involved in creating the women’s exercise areas because there are just some women who want that privacy,” he said. “With women, you need to spend extra time to make sure you’re addressing all their concerns and that you’re making the member experience the best for them as well.”

They have a designated staff member whose sole job is to make the women’s programs “better and more pleasing to our women customers.”

LVAC remodeled one of the workout rooms at its Eastern-215 club to create a more “theatrical experience.” The landscape of floor-to-ceiling mirrors vanished, and a large, elevated stage was installed so participants could more easily see and follow the instructors’ moves. Neon and spotlights replaced the overhead fluorescents, giving the room a nightclub feel. The thinking, Smith explained was that “a certain group of people has a hard time dancing in a fully lit room. … We think bringing the light level down makes the average person feel a little less self-conscious and as a result ends up working a little harder when they’re not concerned about how they’re looking.”

Smith said their main competition comes from EOS and Planet Fitness chains, which “are low-priced clubs. We would like to think we are low-priced and strong value. The facilities that we offer, you’re not going to find in any club in town. Each one varies a bit (in offerings), but they have a low price point. From my understanding, they (competitors) end up upgrading people to a higher price point once they show what extra amenities they have. They’ve been very aggressive, and I know nationwide a lot of these franchises expand very quickly but then after three to five years they have these growing pains and go through their own business challenges,” he said. “We don’t base our business on what our competitors do. We try to have our facilities as nice — the nicest you would find anywhere in the country if not better, and better equipped, but we try to do it at an affordable price so just about anyone could afford it.”

The formula the Smiths learned from their parents seems to be working for them. During the recent recession, their enrollment dropped but not significantly, Smith said. “Because we’ve been in the business for so many years, normally in a recession we do very well. This last one that hit Las Vegas was a little bit different. We were down, but only single digits,” he said.

The company doesn’t necessarily see growth in profits year to year but expects to when it opens a new location.

“Our growth comes from adding additional clubs. Trying to figure out where is the demand in the market … trying to add another location that doesn’t cannibalize your other markets. “

The Smith brothers practice what they preach. Both are avid participants in a variety of sports including skiing, surfing and “everything inside of our clubs.”

Chad Smith says his older brother “is fanatical about exercise. He has a passion that I’m even shocked about. When he’s in town he’ll work out two to three hours every day in the clubs. He is an inspiration to us all.”

They also support several local events and charities, such as Race for the Cure and the Firefighters of Southern Nevada Burn Foundation.

A third generation of Smiths is part of the organization now; Chad’s son Canon Smith works in the marketing department.