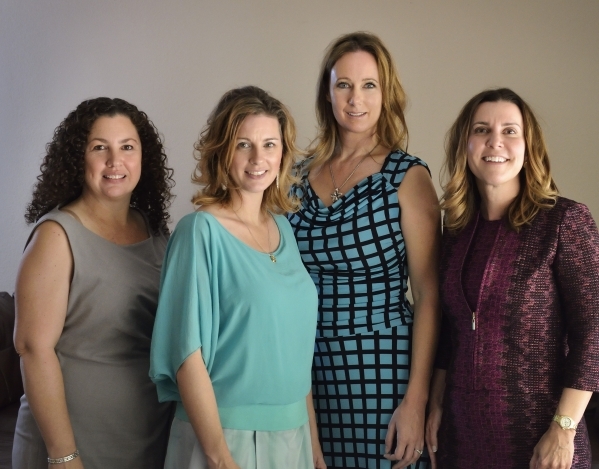 The Southern Nevada chapter of the National Association of Women Business Owners has had quite the year so far.

Aside from celebrating its 25th anniversary, the chapter has grown its membership by more than 100 percent.

“When we experienced the economic downturn, a lot of people let their memberships go, and now we’re bringing back those members,” President-elect Jacki Ramirez said. “This is our rebuilding period, and as women continue to join, we’ve seen that rebuilding happening so quickly.”

Ramirez added that the organization’s leadership has a lot to do with the uptick in membership.

President Christy Echols joined the National Association of Women Business Owners by recommendation of her business mentors soon after launching her company, Paragon Development Group, in 2012.

“I realized it truly could help,” she said of joining the organization. “Having access to resources, education and leadership was the best thing.”

According to Echols, the only requirement to be a member is that you own a business, and there is no certain percentage of ownership needed. There are also various membership levels including a supporting member, which are typically municipalities or industries that support women-owned businesses, as well as a corporate and community partners.

“When we had low membership, we also had clumps of the same types of businesses,” Echols said. “We’re very balanced now and have a few in each different category.”

Secretary Kim Miramontes, Las Vegas franchise owner and general manager of College Nannies and Tutors, said that before she opened her business last year, she spent the past 20 years as an executive in the gaming industry.

“I was looking for a group to provide support because I’ve never owned my own business,” she said. “The single best part of owning my own business is meeting other entrepreneurs and the quality of the women and the experience they bring to the table is better than anything else I’ve found.”

“Within 10 minutes of being in the door, the organization already started providing those connections,” she said. “I’ve lived here my whole life, but if you spend it in one industry, you’re part of a different group than when you own your own business.”

According to Jana Forsythe, the group’s corporate partner chair and owner of F. E. I. Construction, the chapter provides an outlet to connect with others who are going through the same thing.

“As a business owner you have to be a little headstrong and crazy, and you can’t talk about it with your friends and neighbors,” she said. “You’ve got to get it from people who have been there, done that. The whole group is full of knowledge and if they don’t know something, they know someone who does.”

The group meets monthly for luncheons, workshops and programs that center on education, leadership and business development.

One of the biggest events is the annual membership drive, which happens each March, according to Echols.

This year, the Southern Nevada chapter won the national membership drive by bringing in nearly 50 members within 60 days.

“We were able to identify the group that we want to draw in and brought in women that we’d want to build relationships with,” Echols said. “Whenever a new member comes on board, we say, ‘You’ll get out what you put in,’ and the best way is to come and get engaged. Those who experience us once or twice can already see the value of it.”

Continued growth in membership and programs is the goal for the coming year.

“Now that we’re getting to be a medium-sized chapter and on our way to a large-sized chapter, there’s an opportunity to bring more to the calendar in the next year,” Miramontes said.

“I want to offer more mentoring, roundtables and peer groups because we have women who can bring that to the table with their membership,” Echols added. “Members build strong relationships with each other, and that’s a priceless thing.”

For more information about the Southern Nevada chapter of the National Association of Women Business Owners, visit www.nawbosnv.org.