Skip to content
Sign up for our newsletter
section-ads_high_impact_1
By JEFFREY MEEHAN LAS VEGAS BUSINESS PRESS
May 15, 2017 - 12:41 am 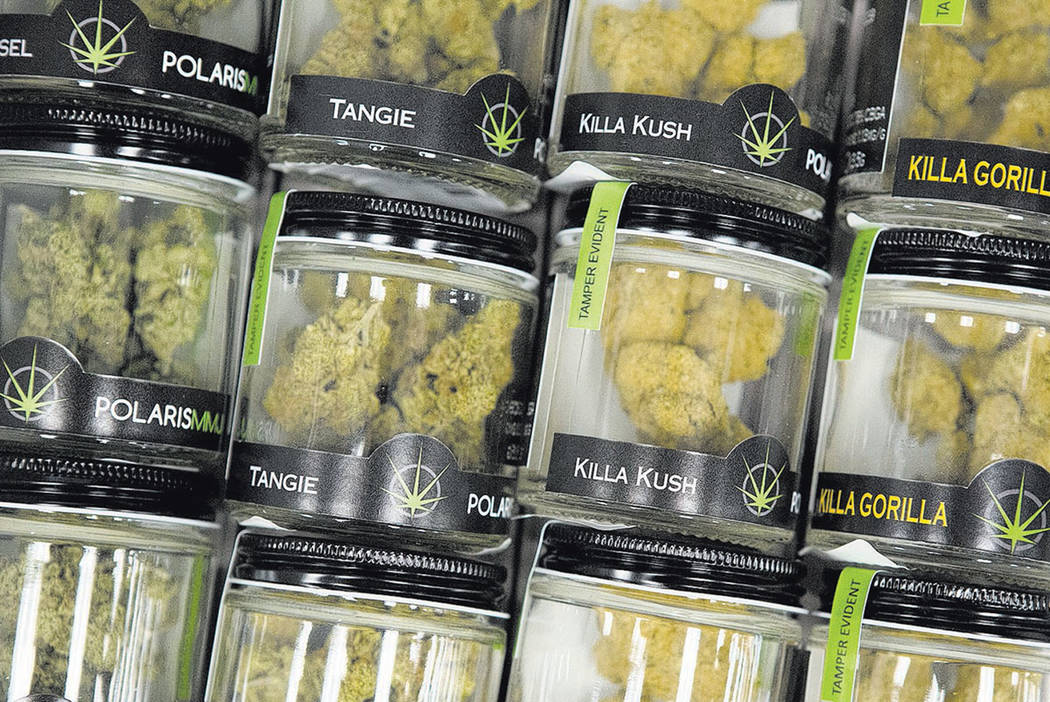 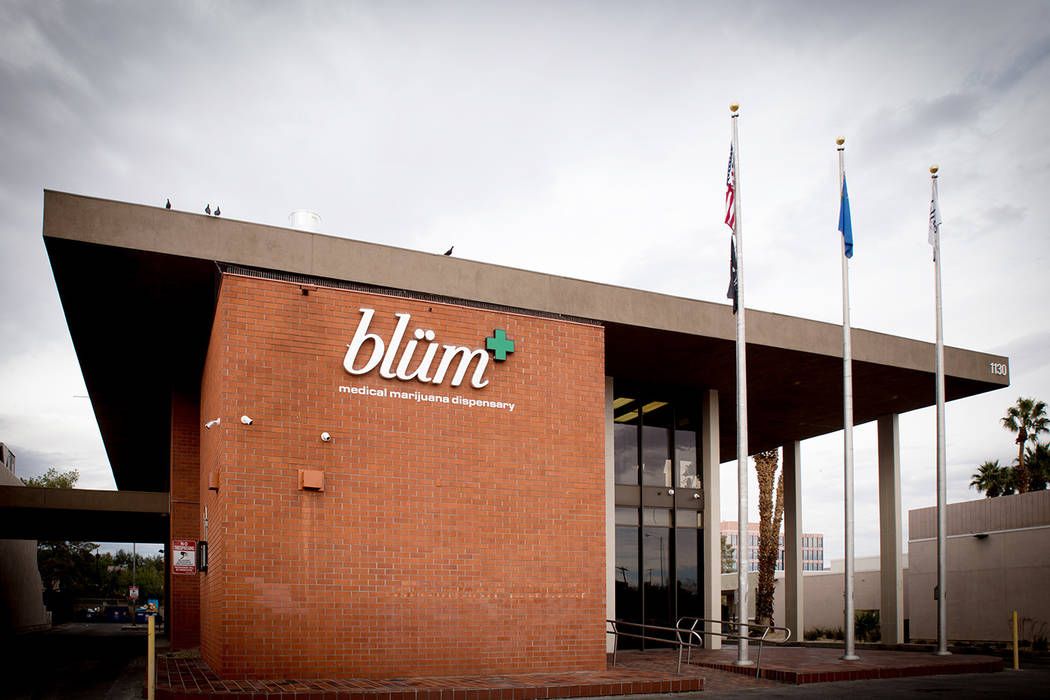 Blum in Clark County, a medical marijuana dispensary, is in the central valley. 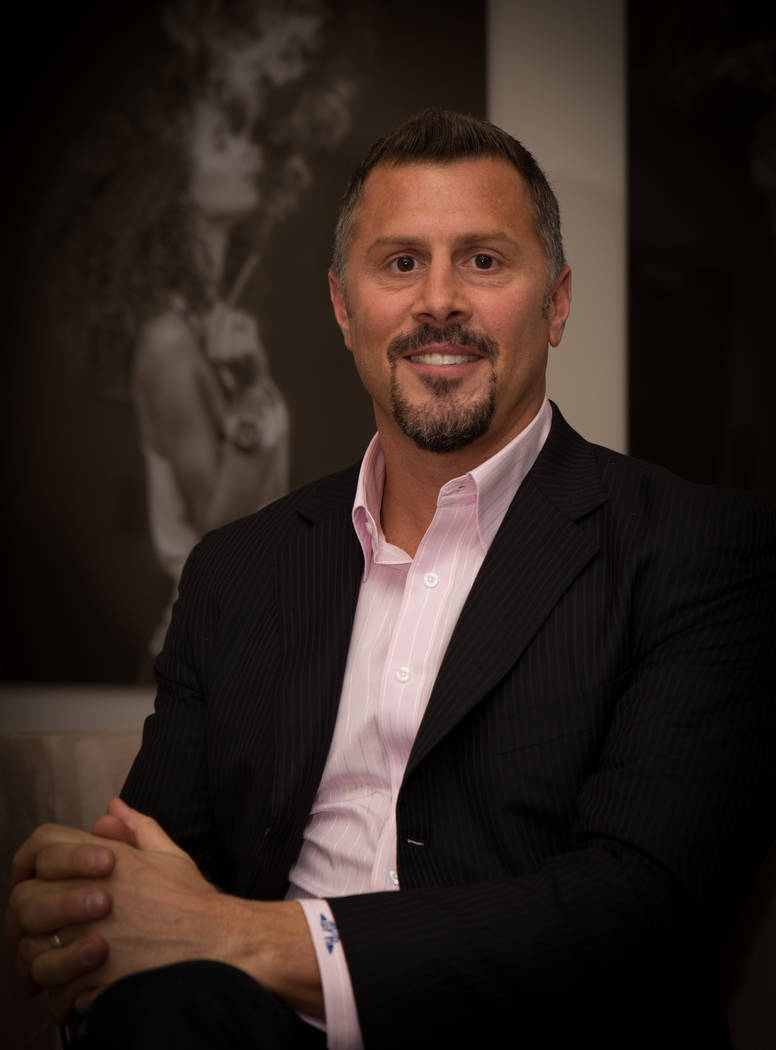 Nevada is moving forward with implementing recreational marijuana operations by July 1, while protections for operators at the federal level increase on the medical side. But not recreational.

In early May, more than two dozen states, including Nevada, gained some protection from federal authorities being able to shut down the medical marijuana operations authorized at the state level over the past several years.

In a new federal spending bill that funds the government through September, Congress continued its policy of blocking the U.S. Department of Justice from using any dollars to interfere with the implementation of state medical marijuana laws. There are 29 states and the District of Columbia that have laws of this nature.

“Stopping federal agencies from interrupting voter-approved state medical marijuana laws is the first step in ending the prohibition of cannabis,” said Derek Peterson, CEO of Terra Tech, which operates Blum, a Clark County medical marijuana dispensary. “Without this provision, the industry could potentially be exposed to the risk of federal raids.”

Despite Congress’ action of renewing the Rohrabacher-Farr Amendment, first enacted in 2014, that protects states against federal intervention on medical marijuana operations, recreational marijuana operators are not protected.

This is something that Neil Demers, CEO of Diego Pellicer, a Colorado company that acquires and leases cultivation and processing facilities for medical and retail marijuana to licensed operators, said is important to the industry.

Demers said the “Rohrabacher-Farr Amendment is a step in the right direction, but U.S. Attorney General Jeff Sessions, and the DOJ (U.S. Department of Justice) can still interfere with state’s rights and any states who have currently implemented or will be implementing their own laws that authorize the use, distribution, possession or cultivation of adult-use recreational marijuana.”

Action from Congress came days before the Nevada Tax Commission, the head of the state’s Department of Taxation, moved forward on starting recreational marijuana sales by July 1 by adopting temporary regulations at a May 8 meeting. Nevada is one of eight states that have legalized marijuana for recreational use.

Applications from existing medical marijuana operators will be the only applications accepted May 15-31 under the temporary regulations.

The state hurdle for recreational sales is now completed, but the local governments will now have to start work on their end. Clark County has begun work on this; it is the only municipality in Southern Nevada that has.

The commission’s implementation of retail sales on recreational marijuana also contains the 15 percent excise tax on wholesale sales of marijuana, also mandated by the ballot measure in the November 2016 elections.

Between fees and taxes on recreational marijuana, the governor’s office estimated that the Distributive School Account would see $21.5 million by the next biennium. Proposed legislation in the state Senate could bring another $70 million to the account in that same period.

In total, with taxes and fees on medical and recreational marijuana, about $100 million could go to the state’s Distributive School Account, according to estimates at the governor’s office.

Revenue streams for operators could also see a boost once recreational marijuana is implemented by the state.

According to a report by RCG Economics in June 2016, the first seven years after implementation would bring $1.7 billion in direct, indirect and induced labor income. Recreational marijuana would also support 6,200 full-time jobs by 2024, the report stated.

The report also estimated $7.5 billion in total output activity in the Nevada economy during the first seven years of implementation.

The investment community does see the positive side of the spending budget by Congress, but industry experts are still throwing a word of caution to investors.

“The cannabis industry as a whole, I think, is encouraged by the recent news of the budget continuing to prevent the DOJ and Drug Enforcement Agency from interfering with state-licensed medical marijuana businesses,” said Marion Mariathasan, CEO of Simplifya, an app that allows businesses to verify compliance with state and local cannabis regulations. “This will no doubt continue to drive investor confidence in the industry. If investing, investors should make it a point to do their diligence and only get involved with companies who are upholding the highest compliance standards in their business operations.”

Mariathasan added that, per recent meetings with Sessions and Colorado Gov. John Hickenlooper, compliance by cannabis businesses at the state level is an important facet to staying out of the “federal government’s crosshairs.”

During a meeting in Washington, D.C., at the end of April, Sessions, Hickenlooper and governors from three other legal marijuana states discussed the future of states where marijuana is legal, Newsweek reported.

Following that meeting, Hickenlooper told The Cannabist magazine that Sessions was studying the Cole memorandum, which generally says that states can operate marijuana programs without federal interference, as long as states maintain a robust regulatory system to keep marijuana out of the black market and the hands of minors.

The Obama-era policy was instituted by then-U.S. Deputy Attorney General James Cole. Sessions, however, is looking at implementing his own ideas into the policy, he said during a press conference in March.

While many in the industry praise Congress stepping up, taking things to the next level in regulation reform is a goal in the industry. Marijuana is classified as a Schedule I drug under the Controlled Substances Act.

“While this is great as a continuing step, it’s important for activists and the industry to remain vigilant and getting cannabis federally unscheduled and truly ending the prohibition of this medicinal plant,” said Jeffrey Zucker, president of Green Lion Partners, a cannabis industry strategy firm.