Skip to content
Sign up for our newsletter
section-ads_high_impact_1
By ANN FRIEDMAN LAS VEGAS BUSINESS PRESS
June 8, 2015 - 3:00 am 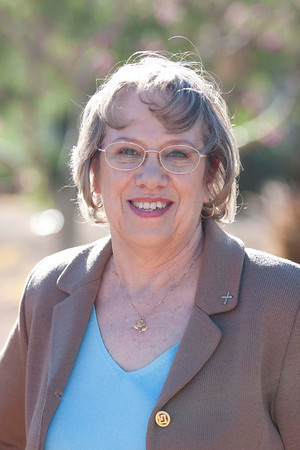 Gretchen Inouye of Las Vegas was stunned when the American Payroll Association named her Payroll Woman of the Year at its 33rd annual convention May 5.

“The APA gives is this award every year and they take a look at members who have volunteered over a period of time and they don’t tell you in advance if you’ve won,” she said. “I’ve been volunteering for the organization since 1987 and every time I’ve been asked, ‘Can you do this?,’ my answer was always, ‘Yes.’ ”

Inouye, who grew up in Las Vegas, works as an independent payroll consultant. She wrote her first payroll check as a teenager and has racked up more than 30 years in the profession.

“The minute I started doing payroll, I fell in love with it,” Inouye said. “I specialize in tax filings, garnishment processing and payroll operations. I make recommendations on payroll procedures for companies — the best practices, staffing reviews; whatever the business needs as far as looking at their payroll process.”

The association had honored Inouye before, giving her its meritorious service award in 1991 and a special recognition award in 2001. She is a founding member of the association’s Southern Nevada chapter.

“We offer continuing education, networking and assist with the development of payroll in the Southern Nevada area,” she said of the local chapter. “One of APA’s mottos is, ‘Payroll is the reason people come to work,’ and we feel it’s our sense of responsibility to our organizations.”

“Payroll is one of the most highly regulated sections of any business because it’s one of the functions that you have federal, state and local tax laws,” she said. “It’s almost impossible for Congress to meet and not discuss something that impacts payroll.”

Inouye said technology has become better, more accessible and more useful. “As demands are made, it’s no longer sufficient for the technology to just be new; it has to be user-friendly,” she said. “If it’s great technology but it’s not user friendly, no one will use it.”

Inouye added that time and attendance can be processed from smartphones and GPS technology can track where employees are and the hours they’re working.

In the future, Inouye said she hopes the payroll profession gains more respect.

“Payroll is taken for granted as the assumption is that an employee gets paid on time and correctly,” she said. “Most people don’t know about all the rules, legislation, regulations and company policies. I would love to see a little more recognition that payroll is a valuable function of organizations.”

“It’s incredibly exciting and I’m so grateful,” she said of the recognition. “I’m going to remain active because it doesn’t pay to have a body of knowledge that isn’t shared so this is not a stopping point at all.”