Skip to content
Sign up for our newsletter
section-ads_high_impact_1
By Lester Romero Special to the Las Vegas Business Press
January 19, 2015 - 4:00 am 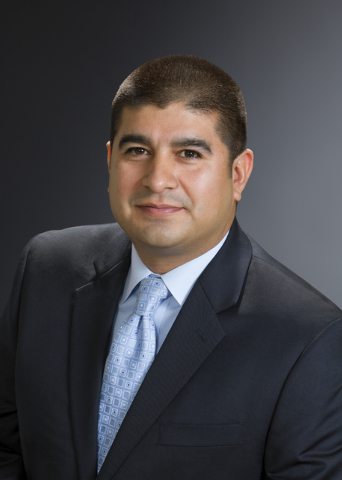 Owning a small business can be challenging. But, the fourth-quarter 2014 Wells Fargo/Gallup Small Business Index suggests small-business owners are feeling a renewed sense of confidence as they head into 2015.

In November, we surveyed small-business owners across America and the findings were clear: Business owners are the most optimistic for the year ahead since the start of the Great Recession. The Small Business Index score rose to positive 58 (+58) in November, up nine points from positive 49 (+49) in July and up 34 points from a year ago.

The climbing Small Business Index score is not just good news for small-business owners; it’s also good news for Southern Nevada. In the survey, business owners said they expect a better operating environment and higher revenues in 2015. They also said they plan to increase the amount of money allocated for capital spending and increase the number of jobs at their companies. We know that small businesses must succeed for our economy to thrive, which makes this trend in improved confidence and positive future outlook all the more encouraging.

Another promising trend the survey revealed is that small-business owners have fewer worries than in recent years. Attracting new customers —and new business — remains a top challenge for small-business owners, but overall, concerns around key issues that could affect their business are less pronounced than a year ago.

Here are areas that improved the most in November:

▶ Paying employees: In the recent survey, less than a quarter (22 percent) of small-business owners reported being very worried or moderately worried about not being able to pay their employees. Compared with 32 percent in 2011, this is a strong downward trend that we hope continues.

▶ Paying bills: When asked about paying bills, only 5 percent of small-business owners surveyed said they are very worried about making their minimum credit card payments, compared with 12 percent in 2011. We also asked those surveyed about the ability to pay their household bills, and 8 percent report being very worried about not being able to make those payments, compared with 17 percent in 2011.

▶ Retirement: In the survey, small-business owners were asked about their concerns around saving for retirement, and 41 percent said they are not too worried or not worried at all about putting enough money away for retirement. That’s up from 29 percent in 2011.

The Small Business Index also found that unlike a year ago, more business owners think their operating environment in 2015 will be better (35 percent) than think it will be worse (15 percent). This is a dramatic improvement over last year, when 23 percent of business owners predicted a better year ahead and 25 percent thought it would be worse.

Over the years, we’ve seen time and again that Southern Nevada small-business owners are resilient and optimistic. Building and running a small business has its challenges, yet as the economy’s improvement continues, local business owners may find these challenges easier to overcome.