Skip to content
Sign up for our newsletter
section-ads_high_impact_1
By BUCK WARGO SPECIAL TO LAS VEGAS BUSINESS PRESS
December 18, 2017 - 3:01 pm 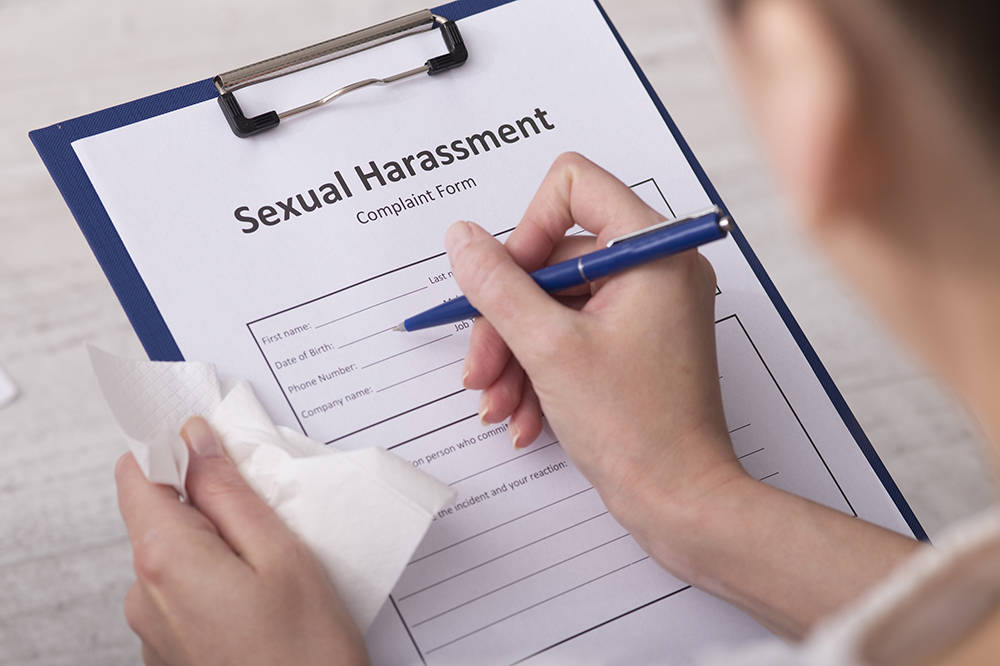 The nationwide Me Too moment that has ensnarled everyone from Hollywood figures to television anchors to business executives has Las Vegas labor lawyers expecting an uptick of sexual harassment claims in 2018.

“Because it’s so in the news, there’s been an uptick in awareness,” said Whit Selert, a partner with Fisher Phillips that works on behalf of businesses in employment law cases.

There’s always a steady stream of complaints, and Selert said his firm isn’t handling any more than normal at this time. They’ve had a lot of inquiries from businesses, however, who have concerns about what may come, he said.

“From the press this gets, it’s more likely they will see claims,” Selert said. “Especially for those who have a problem, folks will feel more empowered to step forward with those types of complaints and concerns.”

Aviva Gordon, whose firm Gordon Law also represents employers, said there’s a question of where this is heading. She said the Me Too movement as it’s called has been led by social media and is prevalent in every sector of society where women have faced inappropriate conduct.

“It’s hard to tell whether this is a watershed moment,” Gordon said. “We’ve had a few in the past with (Supreme Court nominee) Clarence Thomas and President Bill Clinton, and we thought things would change. Businesses are anticipating more in the future, and they’re scared about what do you do with an allegation and how you can test the credibility of someone who made the allegation without victim shaming and putting the person in the position of feeling additional harassment.”

Selert acknowledged that Southern Nevada businesses are concerned about how they’re handling harassment cases in light of the national attention on the issue.

Most employers are trying to determine what they should do in response. Most good businesses have anti-discrimination and harassment policies and provisions, but that’s not enough, he said.

“Most of the businesses I have talked to have it on paper, but the question they have is how it is being enforced,” Selert said. “What is happening when someone makes an allegation, and is someone discouraged from making an allegation? We’re suggesting they supplement those policies with training not just for managers but for employees so they understand what harassment is and what is not harassment. Often time, folks think any ground for disagreement is grounds for harassment claims and that’s not true. We help them understand where those lines are.”

Selert said there was a surge of sexual harassment cases in the 1980s and 1990s when new laws were enacted and cases were filed testing those laws. It hadn’t stopped but slowed down after that initial surge, he added.

There are two kinds of cases that are most prevalent, Selert said. One is where a workplace romance went wrong and the other is a boss, who thinks they can use their position to intimate or influence an employee to engage in unwanted sexual conduct, he said.

The hospitality industry tends to have a higher percentage of cases than others, Selert said. To state it bluntly, when companies have a “small army of female cocktail servers and are dressed to look attractive to customers,” there are managers and co-workers who are “just as enticed and cross the line,” he said.

“It’s hard to me to say how we compare but my feeling on the cases we handle is that we’re a little bit worse because of the nature of the gaming industry and club atmosphere,” Selert said. “There’s a more casual approach to sexual innuendo in general and someone becomes uncomfortable to the point of creating liability. There are some cases where you have an employee complain about harassment or discrimination and it doesn’t bear out. Other cases have more substantial merit and those typically get settled.”

If there’s sexual harassment and the victim hasn’t lost a job or is no longer subjected to treatment or doesn’t want to leave the company, there may not be any damages, Selert said. When someone leaves because they could no longer handle the misconduct, that’s when there’s back pay, front pay, attorney fees and emotional distresses.

“That’s when it starts to get expensive,” Selert said.

The worst cases reach the low seven figures or high seven figures, but many fall within the range of $75,000 to $150,000, Selert said. For cases filed in federal court, a magistrate acts as a mediator and witnesses are brought in to determine “the reality of the case.”

When a complaint is filed, employers conduct investigations to determine what happened and take action to remediate the problem, Selert said. There’s no law protecting an employee from being wrongly accused and fired immediately, and it later turned out to be a case without any merit, he said.

“Some employers make the mistake of firing someone automatically when they could have demoted them or retrained them,” Selert said. “There’s a lot that could have done to remedy short of termination.”

As for his advice, Selert said Las Vegas companies should train their employees how to report the cases and who they should turn to if it’s a supervisor or even someone in human resources. There’s a lot of longstanding relationships that have had their genesis at work and employers have to figure out the dynamics.

“Is this a predator or some type of relationship gone wrong or somewhere in between,” Selert said. “It’s a good opportunity to revisit their policies and make sure they are up to date. It’s also a good time to conduct some training. Too many employers rely too much on policies and not enough for training for management and employees so they understand what is expected in the workplace.”

Gordon said what’s taking place in society is likely to result in additional legislation at the federal or state level. One could be the elimination of disclosure agreements that critics complain have protected perpetrators and resulted in many women being victimized without knowing there were others, Gordon said. Such a change will have repercussions for all sorts of cases, she said.

“I have never entered into an agreement on behalf of a client that didn’t have a non-disclosure agreement with it,” Gordon said. “That has nothing to do with sexual harassment but any business litigation. If the non-disclosure is taken out of the tools you have, it will have a meaningful affect to settle claims.”