Skip to content
Sign up for our newsletter
section-ads_high_impact_1
By Buck Wargo Special to the Las Vegas Business Press
May 23, 2016 - 3:00 am 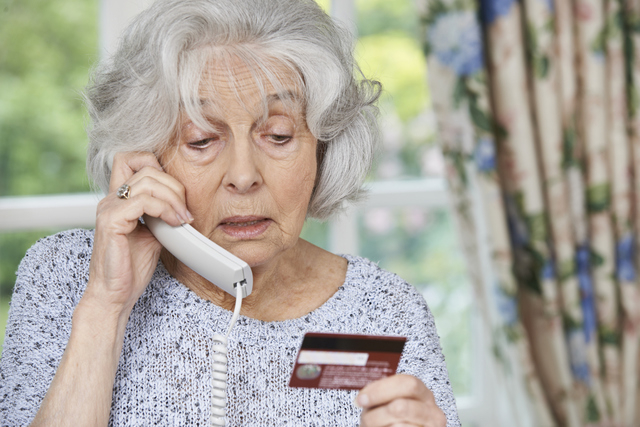 When it comes to television ads targeting older Americans, hearing aids, Viagra and prescription drugs tend to be at the top of the list.

If there’s a bank ad on TV, it tends to focus on mobile apps that appeal to millennials. It may deal with the easy transfer of funds or the ability to halt the use of a debit or credit card if it’s lost or stolen.

National bank ads don’t target seniors even though they’re a big part of their depositors. Some 19 percent of account holders are seniors. With so many retirees in Southern Nevada, it raises the question whether local banks are neglecting seniors in their push to satisfy millennials.

After all, while millennials are the future, boomers hold the wealth today.

The issue was raised nationally in a column in American Banker by Kevin Tynan, a senior vice president of marketing at Liberty Bank in Chicago. He says that’s the case with a push for mobile banking by some of the biggest banks in the nation and subsequent closure of branches that seniors prefer to use as a way to help fund the cost.

In banking literature today, seniors have been forgotten for the most part with exceptions where there pockets of older population bases like Nevada, Tynan said.

“Thirty years ago seniors were everything,” Tynan said. “Senior clubs and senior trips and all kinds of stuff. In the last 10 years or so, it has really shifted over to millennials. Ironically, the potential is there for them to make money on millennials but for the most part that’s only going to come if they stick with the bank for another 10 years. In many ways, banks are being short sighted by focusing and catering to millennials because for the most part profitability comes from the Gen Xers and the boomers.”

Tynan points fault to the biggest national banks rather than community banks, which he said are still oriented toward seniors and have a customer base 10 years older. It wasn’t that long ago that those 55 to 65, who Tynan called pre-seniors, were the most sought after customers by banks.

What happened, Tynan said, was with the advent of online and mobile banking, large banks found it cheaper to invest in mobile banking features appealing to younger customers. A typical mobile banking transaction may cost them 2 cents compared to 50 cents for a smaller community bank.

Some 18 percent of seniors use mobile banking compared to 67 percent of millennials, he said.

“The efficiency of scale makes it cheaper for them to cast a broad net to attract millennials and keep those willing to pay the higher service fees typically charged by larger banks,” Tynan said.

Some 43 percent of seniors find it harder to use online banking, Tynan said. The web designers tend to be younger and don’t consider loss of vision or coordination and it’s even worse for mobile apps.

A website design firm found, for instance, that the success rate among seniors for completing an assigned task online is about one-third less than 21-to-55-year-olds (55 versus 75 percent), Tynan said.

“My sense is that the behavior of many older customers have not changed,” Tynan said. “Less than 18 percent of people 65-plus use mobile banking so they continue to make frequent trips to the bank. Many see their visits as mainly a social rather than a strictly financial transaction. In the last two days, I have heard from two seniors who say they don’t like putting their personal data online because they are afraid of hackers stealing data.”

Phyllis Gurgevich, president and CEO of the Nevada Bankers Association, said what Tynan is talking about hasn’t been evident here. She said Nevada banks continue to offer traditional banking but have added digital services without comprising service.

That was echoed by Terry Jorde, senior executive vice president and chief of staff with the Independent Community Bankers of America. A former community bank president, Jorde said people shouldn’t be concerned about seniors being neglected by community banks, many of which offer free checking to them.

“I think the opposite is happening, and that’s why we’re seeing so much in the press that we have to be focusing on millennials,” Jorde said. “Seniors have always had the front row seat at community banks, and I think they continue to do so today. When you think about it, that’s where the money is. In many cases they’re retired and they put a lot of their retirement into savings plans, retirement accounts either on deposit at the bank or through investment advisors that work directly with the bank.”

Baby Boomers have inherited about $12 trillion from their parents, and they’re set over the next 30 years to pass on about $30 trillion in wealth to Gen Xers and millennials, Jorde said. That’s causing people to realize banks have ignored the children of baby boomers who have the wealth.

“We have to position ourselves that we have a relationship with that next generation as well,” Jorde said.

If seniors are so important, should anybody consider opening a bank catering to them?

“That would be good,” Tynan said, laughing. “The millennials are looking for an Amazon bank and eBay bank because they give much better services than a traditional bank. They’re willing to change. The boomers aren’t looking for eBay Bank or Apple Bank. They just want personal service, and they tend to get it if they stick to community institutions.”