Skip to content
Sign up for our newsletter
section-ads_high_impact_1
By CRAIG A. RUARK SPECIAL TO Las VEGAS BUSINESS PRESS
September 5, 2016 - 12:45 am 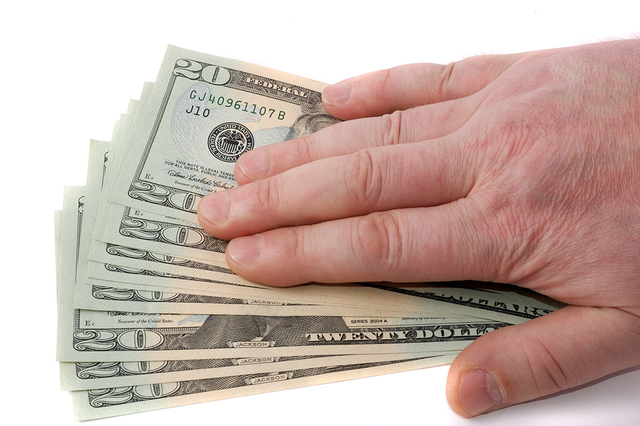 The merchant cash advance loan business is a new industry that developed during the recession of 2008 when, because the bank lending criteria became so tight, very few small businesses could qualify for traditional loans. (Thinkstock) 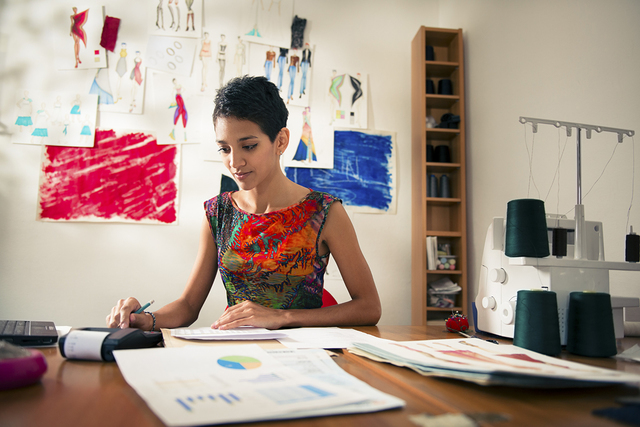 Government agencies, banks and consumer advocacy groups have been trying to find ways to clamp down on the predatory nature and proliferation of payday and title loan businesses.

However, hiding in the shadows is another growing industry that is taking advantage of small businesses in Las Vegas and across the U.S. They are companies offering merchant cash advance loans and are cleverly disguised to skirt the usury laws.

Not any longer: The city of Chicago and the states of New York and California are leading the charge to develop legislation that will help business owners avoid the predatory lending practices of merchant cash advance companies.

The merchant cash advance loan business is a new industry that developed during the recession of 2008 when, because the bank lending criteria became so tight, very few small businesses could qualify for traditional loans. However, these same small businesses still needed the occasional short-term cash infusion to maintain business operations.

Modeled after the payday or title loan advances, merchant cash advance loans use a business’s receivables as collateral. The receivables can be the daily credit card transactions or invoices to clients. To pay the loan back, a percentage is taken directly from the business’s checking account on a daily basis. And, if a business misses a payment because there’s not enough money in their account, the loan company has the right to call the loan all due and take all of the money out of the account the next time funds are available.

Credit underwriting for these companies will monitor the borrower’s bank statement to decide how much money they can take out of the borrower’s account based upon the cash flow, to pay themselves back. While many of the lenders state that there are no “hidden fees,” the pricing of these loans is never clear and usually based on very high fees. The fees are not called interest, so as not to look like a loan and to avoid banking laws.

An abbreviated list on the internet shows 50 non-bank, private companies that offer cash loans to businesses. The internet pop-up ads all make similar claims of:

David Cabral, president of Las Vegas-based Business Finance Corp., has analyzed several of these types of loans for his clients and was shocked by the results.

“We recently looked at a loan that was made to a small business for $20,000. The payments were $220 a day, and our calculations showed that the loan would be paid off in 126 daily payments — about six months. The total payments will equal $27,800 and amount to an 81 percent annualized interest rate. If the loan were paid back in three months or less, the payoff would be $24,800 and amount to a 96 percent annualized interest.”

“We also recently saw a loan agreement with one of these companies in which the business owner assigned his building lease to the lender and gave the lender specific rights to walk in and take over their company if the loan was in default,” Cabral said.

Cabral cautioned that “some of these companies call their documents factoring agreements to circumvent state lender licensing regulations.”

“The difference is when a company like ours purchases specific invoices at a specific agreed upon discount price, we advance a percentage of the invoice(s) to you, the business owner, and when the customer pays the invoice, we are paid back, and our client receives the balance of the funds due them,” Cabral said.

According to the Business Finance Corp. website typical factoring discounts range from 3 percent to 5 percent for 30 days.

In Chicago, Mayor Rahm Emanuel has launched a campaign to help business owners avoid the predatory lending practices of business-to-business lending companies like merchant cash advance lenders. He has instituted a Chicago Microlending Institute (CMI) that offers financial counseling and affordable loans. In addition, an amendment to Illinois Senate Bill 2865 establishes lending parameters and requires a licensing fee along with a $500,000 surety bond for private businesses that provide merchant cash advance loans not exceeding $250,000.

Earlier this year, the Obama administration asked the Consumer Financial Protection Bureau to look at ways to crack down on the personal payday and title loan operations while the merchant cash advance lenders are being ignored. However, Emanuel is increasing his pressure by calling for other state and federal agencies to increase their regulations of the industry.

Apparently, New York is listening, and its state Assembly has introduced legislation requiring its Department of Financial Services to study online small business lending and prepare a report by Jan. 1, 2018. The scope of the study includes determining whether online lenders are offering credit at reasonable and transparent interest rates and fees and offering payment terms that can be met by borrowers. The department also has been directed to go into the type of underwriting conducted before issuing credit, and to check whether lenders verify borrowers’ credit data before providing funds.

A study by the Opportunity Fund, California’s largest micro finance lender, found that small businesses that borrow from online lending companies pay an average annual percentage rate of 94 percent. Of the 150 loans made by 54 different small business lenders, one carried an APR of 358 percent while 24 loans had interest rates that averaged 178 percent.

Another report by the Woodstock Institute studied 15 loans by online lenders to Chicago businesses. It found that five loans carried rates between 26 percent and 60 percent, four loans were granted at rates of 324 percent or more and the remaining had interest rates of 94 percent or higher.

Nevada does not have a limit on the rate of interest to which parties may agree so long as the agreement reflects an arms-length transaction. Nevada also allows for compound interest on loans.

While Nevada does not have a general limitation on interest rates, certain transactions and businesses are subject to restrictions. Pawnbrokers, for instance, are prohibited from charging more than 13 percent per month on any loan secured by personal property that is pledged to, or held by, a pawnbroker.

Both consumers and businesses can contact the Nevada Bureau of Consumer Protection, under the direction of the attorney general and consumer advocate for advice on activities that fall under the Nevada Deceptive Trade Practices Act.

An alternative to borrowing money from merchant cash advance lenders may be to apply for a loan through the federally funded Small Business Administration. The drawback for a company needing immediate cash is that the application process is not very fast and requires the development and approval of a business plan, which also takes time to write. Also, businesses may be required to fulfill training or planning requirements before a loan application is approved, another time investment before the cash can be received.