Skip to content
Sign up for our newsletter
section-ads_high_impact_1
By Chris Sieroty Special to the Las Vegas Business Press
February 28, 2016 - 10:18 pm 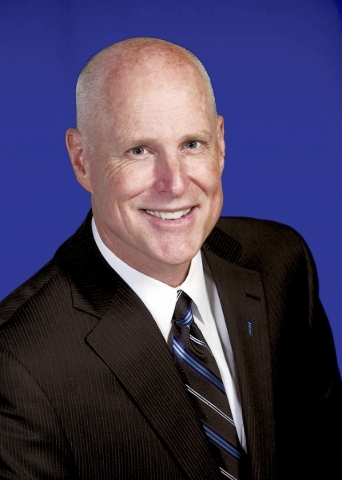 City National Bank is looking for new opportunities in Nevada.

The bank launched its Nevada Growth Initiative about three months after its $5 billion sale to Toronto’s Royal Bank of Canada closed.

So why invest in Nevada, and why now?

Wilcox oversaw creation of the Nevada Growth Initiative before his retirement last month as head of the business and private bank in Nevada. Bruce Ford was promoted to replace Wilcox and will serve as regional manager for core banking in Nevada.

Wilcox said those impressive job numbers mean Nevada’s economy is more diversified, and “should be more sustainable because we are not dependent on one or two industries.”

The first phase of the initiative includes hiring for eight new full-time positions, boosting the bank’s marketing budget and investing in credit resources in Nevada. Wilcox decline to say exactly how much capital RBC has made available to Nevada.

“It’s capital sufficient to do the job,” Wilcox said. “No industries have been put on the taboo list. Nevada is back on the way up and Nevada is considered a growth market along with Orange County, the Bay Area and New York.”

He said City National deals with businesses with $1 million to $200 million in annual revenues. Wilcox admitted the bank’s “sweet spot” is businesses posting revenues between $5 million and $50 million.

“That’s what we are gearing up for … to take advantage of the opportunities that are here,” said Wilcox, an alumnus of the University of Nevada, Las Vegas. “We are at the point where people can’t resist the investment in growth.”

He said that’s why the bank thinks “the time is right to increase our investment in Nevada.” Wilcox declined to discuss phase two of the bank’s growth in initiative.

The fight continues between banks and credit unions over changes to membership limits.

In a letter to congressional leadership, the American Bankers Association and the Independent Community Bankers of America are lobbying against the National Credit Union Administration’s proposal to loosen its field of membership restrictions.

The groups warned the proposed NCUA expansion would effectively allow credit unions to operate as tax-exempt banks and have significant, wide-ranging policy implications.

The NCUA is the regulator for more than 4,000 federally chartered credit union nationwide.

“Radical expansion of credit unions poses a major threat to the viability of taxpaying community banks, from coast to coast, while adding to the federal deficit in lost tax revenue,” the letter said. “We urge Congress to aggressively exercise its oversight function and reorient this out-of-control agency.”

Under the NCUA proposal, credit unions would be able to serve “local” and “well-defined” areas that in some cases include whole states, including Nevada.

In response, the National Association of Federal Credit Unions sent a letter to Senate Minority Leader Harry Reid, D-Nev., and other leaders in Congress expressing frustration with the opposition to the new field of membership rules.

“NAFCU is disappointed that the ABA and ICBA have chosen to attack efforts at regulatory relief for credit unions,” the letter said. “Perhaps the banking trade associations should have paid this much attention to their own members and actions prior to the financial crisis.”

The NAFCU added that if ABA and ICBA members had paid more attention “maybe their members would not have been the main users of TARP bailout funds and had over $100 billion fines, settlements and buy-backs stemming from the financial crisis.”

Gouw also is a member of the board of directors.

Meanwhile, East West Bancorp expects 2016 earnings to be in a range of $2.80 to $2.84 per share. The bank’s guidance was released after the company posted earnings of 63 cents per share in the fourth quarter, two cents below Wall Street analyst expectations.

Credit One Bank is now the official credit card of NASCAR. The Las Vegas-based bank entered into a multiyear agreement that includes partnerships with the sport’s governing body and Chip Ganassi Racing.

Credit One Bank also will be the primary sponsor of Jamie McMurray’s No. 1 Chevrolet for three races in the Sprint Cup Series. The newly minted Credit One Bank Chevrolet SS will debut at Richmond International Speedway on April 24.

“The inaugural card design will feature NASCAR official marks and exciting race imagery, with additional designs being released throughout the season,” said Laura Faulkner, vice president of marketing communications with Credit One Bank.