Skip to content
Sign up for our newsletter
section-ads_high_impact_1
By Chris Sieroty Special to the Las Vegas Business Press
February 22, 2016 - 5:05 am 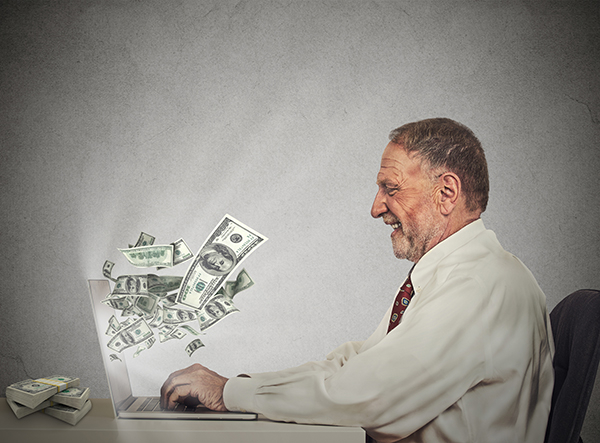 Man getting money from a computer. THINKSTOCK

“There is a great deal of enthusiasm in the marketplace for crowdfunding, and I believe these rules … provide small companies with innovative ways to raise capital and give investors the protections they need,” commission Chairwoman Mary Jo White said in a statement.

Crowdfunding websites let entrepreneurs raise money by selling stocks or bonds online to “nonaccredited” investors. The SEC defines an accredited investor as one whose annual income exceeds $200,000 or net worth exceeds $1 million.

Under the new rules, people earning less than $100,000 in annual incomes or net worth may invest up to 5 percent or $2,000 of their yearly income or net worth, whichever’s greater.

Higher earners can invest up to 10 percent of their annual income. The SEC caps investing in crowdfunded offerings at $100,000 for a 12-month period.

This funding model differs from rewards crowdfunding models used by Kickstarter and Indiegogo. Backers on those sites give money away in return for products and perks, but no shares in the company.

The movie raised $3,569, exceeding its $2,500 goal, from 25 backers. For $100 donations, backers could get a digital download of the film and an author-signed copy of “The Platinum Loop” book.

“It’s a little unfortunate we are using the term crowdfunding,” said Eric Franklin, associate professor of law and director of the small-business and nonprofit legal clinic at the University of Nevada, Las Vegas’ William S. Boyd School of Law.

Franklin said using Kickstarter is like donating money to a movie producer or writer in return for a name in the credits, but no promise of a dividend. He said an equity position in the film, by contrast, means the “owner realizes the benefits if the movie makes millions, they all get paid.”

Franklin said the federal 2012 Jumpstart Our Business Startup Act created a federal securities laws exemption to allow securities crowdfunding. The bill required the SEC to issue rules for the practice, but Franklin said the agency “dragged its feet” for two years before doing so.

The SEC said the new equity crowdfunding rules take effect May 16. The agency is expected to release more guidance as the date nears, he said.

Franklin said equity crowdfunding targets a large, untapped investor market in Nevada and nationwide. He warned potential small investors to be aware of the risks in equity investing.

“Most small businesses fail,” Franklin said. “The SEC is trying to protect small investors by regulating these markets and keeping small investors from losing all their money.”

“People will have an idea, raise money and fail,” Franklin said. “Because a return is so unlikely, if you had $2,000 to spend, you would be better off putting it in a (certificate of deposit). You have a very small chance of making money.”

Companies may raise up to $1 million a year from investors without registering with the SEC. Rules mandate that companies inform investors about their business plans and how they will use money raised.

The SEC requires equities-selling crowdfunders to list officers, directors and people who own at least 20 percent of the company. Businesses must disclose securities prices and factors that would make investing in the company speculative or risky, as a public company would.

The company will also have to describe related-party transactions and make the information available on the SEC’s website and the crowdfunding portal.

“Because we are opening it up to everyone, that’s a very large group,” Franklin said. “We don’t have a very robust venture capital community. You’ll have companies looking for investors. This may be a way to do it.”