Skip to content
Sign up for our newsletter
section-ads_high_impact_1
By Chris Sieroty Special to the Las Vegas Business Press
March 28, 2016 - 3:00 am 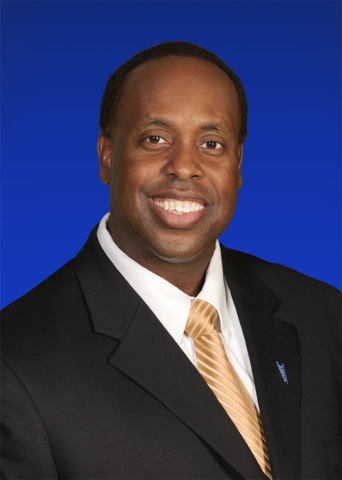 It’s been about two months since Bruce Ford was promoted to regional banking president and regional manager for Core Banking in Nevada at City National Bank.

The executive replaced John Wilcox, who retired after more than 30 years with the bank.

The Business Press talked with Ford about his new role and his expectations for City National as the bank continues with its Nevada Growth Initiative.

City National, with eight branches in Nevada, completed its $5 billion merger with Royal Bank of Canada in November.

Q: You were recently named regional banking manager in Nevada with City National Bank. How has your role changed from your predecessor John Wilcox?

A: The role is very similar. John was also the regional executive, which Paul Stowell is now. John was such a great leader that I would like to continue doing the great things that he did.

Q: What is your definition of a good bank?

A: I believe it is the need to diversify our economic base. I believe our city leaders are doing a good job of improving on this.

However, since we were not economically diversified for such a long time, this will take time.

Q: Is the banking industry too regulated, or not regulated enough?

A: It is sufficiently regulated.

Q: How does City National Bank compete when a company like Apple or Android launch payment systems?

A: One of our competitive advantages is that we advise our clients regarding their finances.

Although we utilize technology and recognize its value, we believe that a personal touch cannot be replaced by technology.

Q: How will City National Bank look to the average consumer in five years?

A: I am not certain. However, I suspect then like now, we will have all of the products and services that a large bank has with the personal touch and advisory role that a small bank gives.

I also believe, with the Royal Bank of Canada as our partner, we will utilize the latest technology to deliver the highest quality client experience.