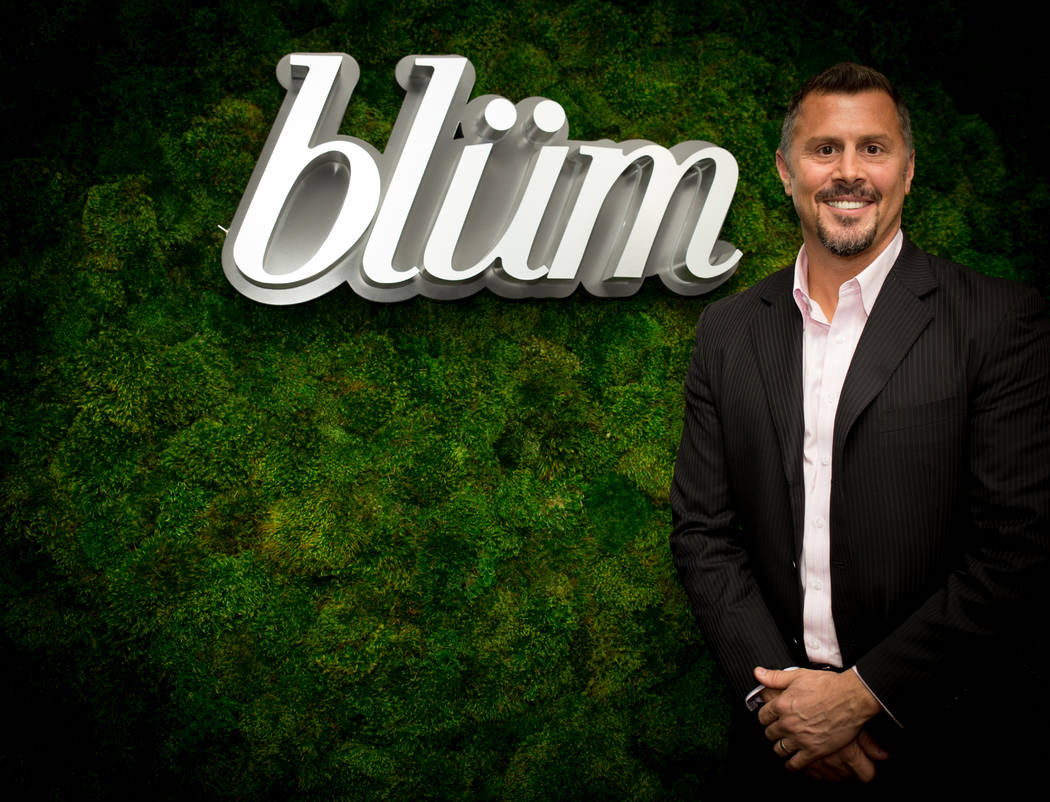 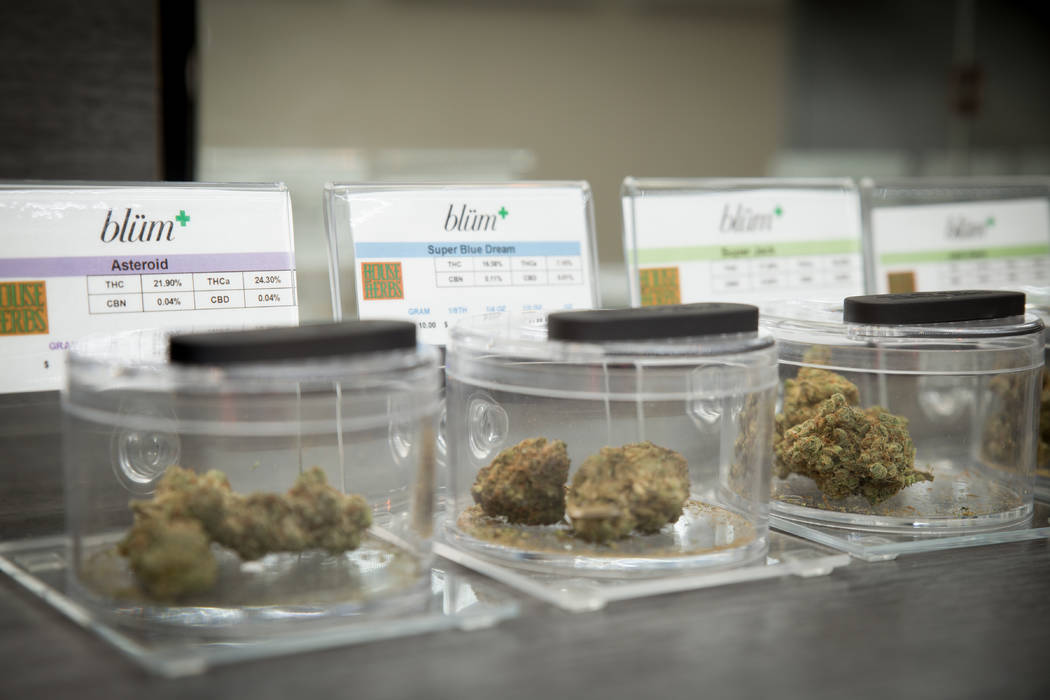 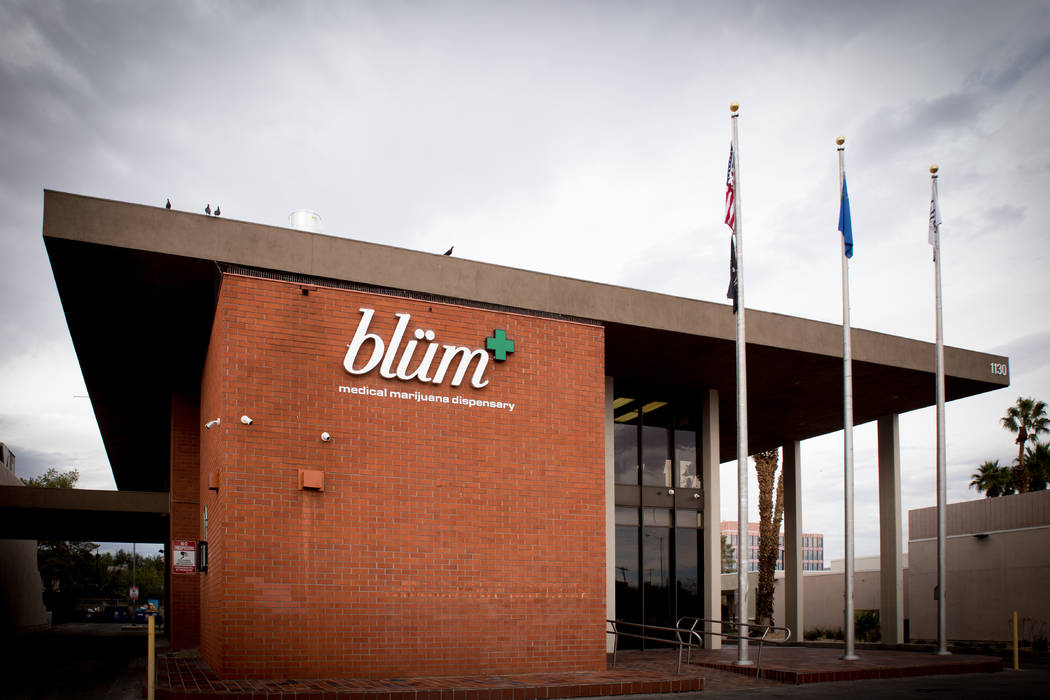 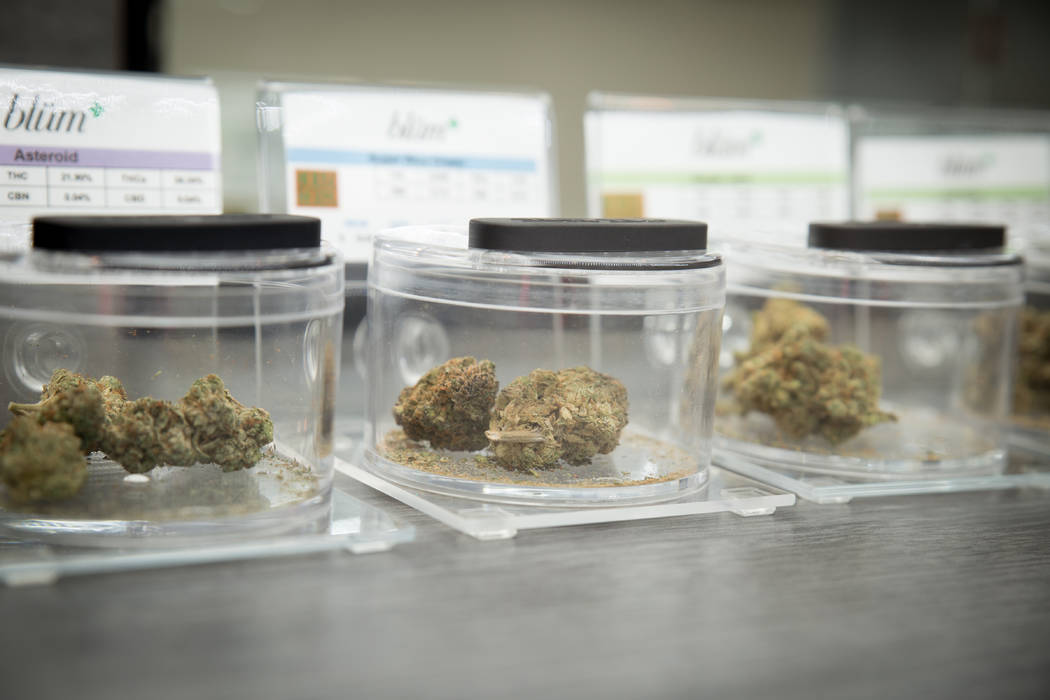 Federal and state statutes and policy on classifying the use, sale or distribution of marijuana as criminal may seem to have been nullified over the past several years. Dispensaries have been popping up in several corners of the Las Vegas Valley, and new cultivation facilities are being constructed, with more growth planned as days grow closer to the implementation of recreational sales in Clark County.

But behind the scenes, the things that haven’t disappeared are federal policies and laws that constrain the industry and have the potential to bring financial hardships: federal tax codes, banking regulations and limited availability of business service providers.

At a Feb. 23 press briefing, White House press secretary Sean Spicer said states that have passed legislation to legalize recreational marijuana should expect “greater enforcement” of federal laws against it. A total of seven states and the District of Columbia have legalized recreational marijuana as of the start of this year.

Many of these issues cause the sector not just headaches to work around but also cost owners of marijuana operations a large share of their profits.

“I would bet that we pay an average of 25 to 40 percent more for everything,” said Derek Peterson, CEO of Terra Tech Corp., a Nasdaq-listed company that owns several dispensaries and grow operations throughout Nevada and California.

There are several reasons why a premium is being sought from marijuana facility operators, according to Peterson. “Part of it is, they know we have a lack of available opportunities,” he said.

This includes everything from attorneys to payroll-service providers for Terra Tech’s 190-odd employees. But by far, one of the biggest detriments to the marijuana industry turning a profit is having to comply with a portion of the federal tax code known as Section 280E.

Marijuana’s classification as a schedule I controlled substance at the federal level automatically removes advantages most businesses readily have available during tax time, under current tax code.

Under Section 280E of the federal tax code, enacted in 1982, businesses that work in the “trafficking” of schedule I or II controlled substances, under the Controlled Substances Act, are not allowed to take tax credits or deductions.

“Because of how 280E works, it can be absolutely crippling for a business in this industry,” said Taylor West, deputy director at the National Cannabis Industry Association, a group that promotes the growth of the marijuana industry.

Overall, Peterson said, the effective tax rate for his operations can run somewhere between 50 and 90 percent.

“The only thing that’s deductible are the costs that are attributable to production or purchase,” said Jeff Breeden, certified public accountant and partner at Stewart Archibald &Barney LLP.

Under 280E, cultivation facility and dispensary owners can deduct the cost of goods sold — or the marijuana, along with production costs or purchase.

An owner of a cultivation facility can deduct things related to production, which could include water, soil and wages for labor going into growing, Breeden said.

On the reseller side, a dispensary owner’s deductions can include the cost of the marijuana and transport to the facility, he added.

Businesses pay income tax on their net income. Breeden gave an example of an operator in the marijuana business making $1 million for the year and who purchased $500,000 in marijuana — net income or taxable income would then be $500,000. Breeden used the tax rate based on a single individual, coming out to $158,000 in income tax owed.

Another issue operators of marijuana businesses face is the reluctance of many in the financial realm that won’t work with these types of companies.

Breeden said he turns away at least two clients a year because his firm, along with several in the valley, won’t work with businesses that sell or produce marijuana.

Banking regulations also make it difficult for marijuana companies, as they can’t open a bank account, not legally. This can create a set of indirect costs for marijuana-related businesses.

Peterson said Terra Tech is a public company listed under the ticker TRTC on the Nasdaq, which creates a challenge with audibility and transparency for shareholders.

Because of this cash-only business structure, Peterson said, he has had to hire more employees to count the cash, organize it and put implement extra procedures to mitigate the risk of theft. There are also issues with storage, safety and having to hire more security, he added.

Banks that provide services to marijuana operators would be at risk for federal prosecution and an array of sanctions, Gurgevich said.

Federal agencies have attempted to give guidance, including the U.S. Department of Justice and the Department of the Treasury’s Financial Crimes Enforcement Network, which don’t actually supervise banks. The guidance also reminds banks that marijuana is illegal under federal law, said Gurgevich.

“Further, any such guidance does not supersede federal law,” Gurgevich added.

Finally, Gurgevich said, none of the agencies that do supervise banks — the Office of the Comptroller of the Currency, the Federal Deposit Insurance Corp. and the Federal Reserve Board — have given any assurances there would be no prosecutions of banks for accepting deposits from the marijuana industry going forward.

Local banks may not directly be able to take on the responsibility of opening an account, but they are willing to lend a hand in connecting clients with alternative options.

“It’s kind of an interesting answer,” said Paul Workman, senior vice president/asset development manager at Bank of George. “Most banks just say go away, and I’m not that bank. I cannot, of course, have an account open for a marijuana business, period. We don’t even try to.”

But Workman does try and direct these organizations — he worked with two recently — to investors that might help them move forward.

Credit unions, which are not regulated in the same way as banks, have been taking more of a risk in California, said Steve Gormley, CEO and managing partner at Seventh Point LLC, a private equity investment firm that focuses on the marijuana industry.

ACTION BEING SOUGHT IN WASHINGTON, D.C.

West agreed that Congress is the ultimate solution to the issue of banking regulations and tax reform. But there are other scenarios that could occur that would open up the flood gates for banks to accept deposits, one of those being through the appropriations process.

“This would be something like an amendment being offered to the Treasury appropriations bill, which would say that no federal funds in that bill could be used to go after banks that are servicing the local marijuana industry,” West said.

There are other issues going on in Washington, D.C., that have some in the industry concerned, especially the appointment of Jeff Sessions as U.S. attorney general and comments from the White House.

Aaron Smith, executive director of the National Cannabis Industry Association, reacted to those comments in a statement, part of which said, “It would be a mistake for the Department of Justice to overthrow the will of the voters and state governments who have created carefully regulated adult-use marijuana programs. It would represent a rejection of the values of economic growth, limited government and respect for federalism that Republicans claim to embrace.”

In his statement, Smith also argued that a large portion of Americans, 60 percent, believe marijuana should be legal. And 71 percent of Americans think that the federal government should not crack down on “voter-supported programs.”

As of the last election cycle, more than two dozen states and the District of Columbia have legalized some type of marijuana use, recreational or medical. Voters in four of those states legalized recreational use in 2016: Massachusetts, California, Maine and Nevada.