Skip to content
Sign up for our newsletter
section-ads_high_impact_1
By CHRIS SIEROTY SPECIAL TO LAS VEGAS BUSINESS PRESS
January 16, 2017 - 1:51 am 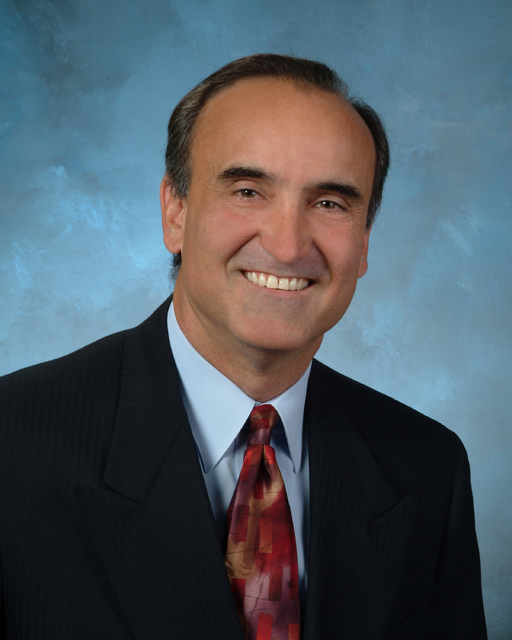 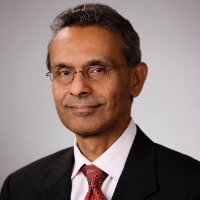 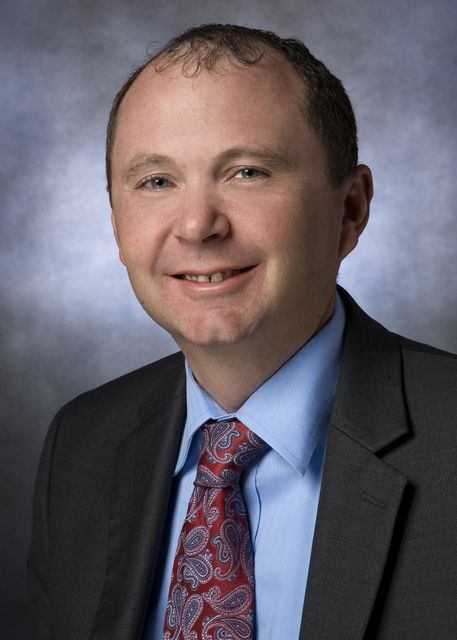 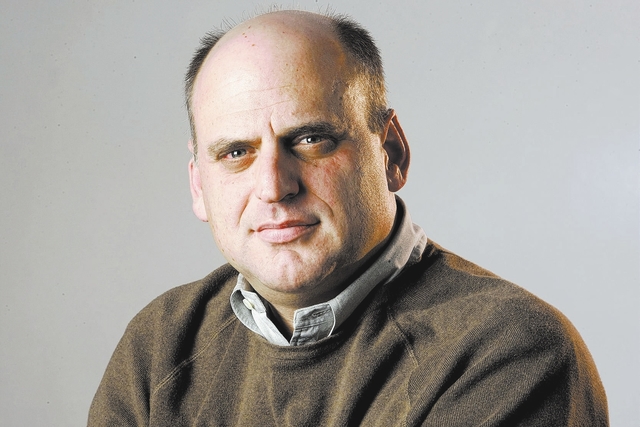 The Las Vegas Strip has reopened now that the fireworks and 2016 are officially in the books. Now it’s time to look forward and consider what this year holds for the local banking industry.

The Las Vegas Business Press spoke with four banking executives to find out what impact a Donald Trump administration will have on financial regulations to interest rate hikes and the possibilities of banking cannabis companies in Nevada.

Here is what they told us.

Q: With Donald Trump sworn in as president Jan. 20, what is the potential for regulatory relief this year, especially when it comes to changes to the Dodd-Frank Act or Durbin Amendment?

Aney: There is no doubt the Dodd-Frank Act and the Durbin Amendment have caused banks since the Great Recession to significantly increase their internal compliance staffing in order to meet the demands of these acts. With what President Donald Trump said during the campaign, we’re hopeful the banking industry will see some regulatory relief or reform with the new administration, but until then we just continue to operate as business as usual.

Menon: The banking industry, as well as the markets, are certainly anticipating that President Trump will deliver on his promise to ease the regulatory burden on banks. While some aspects of the Dodd-Frank Act have provided a safer banking environment and better consumer protection, several aspects such as the Durbin Amendment have been overreaching and problematic. We hope that such misguided regulation will be discarded in favor of more commonsensical regulation.

Bollinger: President Trump has been emphatic about “dismantling” Dodd-Frank. Whether it means repealing it or just making adjustments is speculative at this early stage. We are hearing from bankers that there are good elements to the regulations and just making adjustments is the way to go. I suggest that we are better bankers as we are more disciplined in managing our risk. This is likely a combination of regulatory oversight as well as banks refining how they do business.

Shirey: With the same party in control of both the White House and Congress, combined with President Trump’s comments around his desire to see reform, there is a decent probability we’ll see some changes to Dodd-Frank.

In particular, the minimum threshold of $50 billion to be considered “systemically important” could be increased, which would provide regional banks more flexibility to manage their businesses in their markets. The Durbin Amendment is probably more of a long shot but is something I will be watching closely.

Q: Financial technology has reshaped the way customers interact with their bank, so how do you balance the cost to develop or purchase these technologies and demand from customers for new products to give them the convenience they desire?

Aney: Banks that want to stay on the cutting edge and remain competitive have to invest in this new and ever-changing world called the “Digital Age.” City National wants to provide its clients with the convenience of banking when, where and how they want to bank, and with today’s demand for convenience we are providing our clients with more and more technology. Continual changes in technology are not only providing individuals with more convenience, such as mobile banking, but with tools to improve the cash flow of their businesses.

Menon: Since we are primarily a business-oriented bank we do not see the need to provide every Fintech product that is aimed at consumers. We do and will continue to evaluate each product to determine if it is appropriate for our customer base and proceed accordingly.

Bollinger: For years, other than core systems, technology was a “nice to have.” It’s expensive to buy or build and to roll out to clients and employees. Now, banks cannot postpone getting new technologies. They risk losing the client base and have a much more difficult time attracting new clients. This is a top area of focus for us and will continue through 2017. We cannot afford not to move forward decisively with technology solutions.

Shirey: Not investing in technology is not really a viable option if you want to grow your client base, particularly with younger consumers. We know our clients expect a top-notch mobile banking app, online banking, etc., and thus we’ve invested in these products, but we also know they want to pick up a phone or walk into a branch and speak with someone locally who is empowered to provide solutions. That is our focus as we enter 2017 — balancing great technology with a local, personal touch.

Q: The Federal Reserve recently raised interest rates for the second time in a decade. What are your expectations for further rate hikes in 2017?

Aney: I believe the markets are already anticipating at least three rate hikes in 2017, which is consistent with our interest rate models.

Menon: As indicated by the (Federal Reserve) we anticipate rates to rise at least three times in 2017. Over and beyond that, the effects of President Trump’s intended fiscal stimulus via infrastructure projects and defense expenditures may cause inflation to increase, prompting more rate increases.

Bollinger: Three one-quarter-point increases are expected for 2017. It will likely be staged throughout the year.

Shirey: Along with the rest of the market, we are expecting three interest rate hikes in 2017. With President Trump’s plans for infrastructure spending and other stimulus, inflation will likely follow. To keep a lid on inflation, the Fed will continue tightening its monetary policy through changes in the federal funds rate.

Q: How will those rate hikes impact your business?

Aney: Rate hikes are a two-edged sword. It increases borrowing costs for borrowers while it benefits depositors and investors with higher rates of return on their investments. With rates being at historic lows for nearly a decade, we don’t see these rate hikes having a significant impact on borrowers to cause slowdowns in spending to support their growth.

Menon: While higher interest rates are generally positive to banks’ net interest margin (NIM), since we have several loans with rate floors above the fully indexed rate, it will initially have a negative impact on our NIM as we increase rates paid on deposits without a simultaneous increase in loan rates.

Over time, after a few rate increases, we should realize an improvement in our NIM. However, if our business customers do not see a corresponding increase in their businesses, the higher loan rates could put a financial strain on their bottom line and ultimately their ability to make loan payments.

Bollinger: It will not be a big shock as it has been widely communicated, the market expects it. There is certainly an impact for both consumers and businesses. Mortgage rates likely with payments increasing. For many individuals and businesses, they will be able to absorb the extra cost. However, there are others that won’t or will be less likely to qualify for a loan, given the higher payment.

Shirey: Nevada State Bank is well positioned for rising rates, and will benefit from an earnings standpoint. Higher interest rates generally mean better margins for banks. Consumer and business clients with floating-rate loans will see some increases in their monthly payments, although for most borrowers these increases won’t be significant.

Aney: As a federally regulated bank this does not change our position at City National in not being able to bank this industry. The federal government currently does not recognize the marijuana industry as a legal business.

Menon: Unless federal law is changed to remove marijuana from the list of Schedule 1 drugs, I doubt if there will be much appetite among banks to embrace banking marijuana-related businesses (MRB’s). This is primarily due to the stringent compliance requirements that will require community banks to incur significant expenses due to additional personnel needed to handle the compliance burden and open the bank to regulatory criticism and punitive action.

President Trump’s Attorney General nominee Sen. Jeff Sessions has expressed serious reservations about marijuana and we will have to wait and see if he will move to ease banking regulations pertaining to MRB’s.

Bollinger: While there is a great deal of opportunity here, we still look at risk versus reward. Regardless of state legalization of cannabis, we are federally regulated. There is money to be made, but still a risk to a bank, officers and even shareholders. This is a prohibited industry at Plaza; we choose to focus in other business areas.

Shirey: Until it is legalized at the federal level, the challenges that currently exist will remain.

Q: What about the Southern Nevada economy? Have we finally recovered from the recession, or we will still be in recovery mode in 2017?

Aney: Early evidence supported by the stock market’s post-election enthusiasm combined with Southern Nevada’s improving housing and employment fundamentals suggest 2017 being an even better year for us and our clients. City National is bullish about 2017.

Menon: Current conditions in the Southern Nevada economy is a far cry from the low point in the recent past. Job creation and real estate values have been on an upward trend and the prospect of having an NFL team and relocation of other businesses to Southern Nevada will only keep the momentum going next year.

That said, I do not believe that we have fully recovered to pre-recession status since unemployment rates and real estate occupancy in certain product types are still elevated. Businesses and consumers we interact with are significantly more optimistic and positive about 2017, and I expect that 2017 will still be a recovery year.

Bollinger: We have not fully recovered since the recession. However, we continue to recover and the business landscape isn’t necessarily the same as it was before the crash. That is not a bad thing. What we want is sustainable growth with fewer peaks and valleys. There is a great entrepreneurial spirit here which really helps drive the economy longer term.

Shirey: Nevada has largely recovered. However, our economy today looks much different than it did prior to the recession. For the most part, this is a good thing.

We’ve recovered all the jobs that were lost and our economy is more diversified. Home prices are rising but are nowhere near the bubble levels that we experienced in 2006 and 2007. Visitation to the Strip and taxable retail spending are both at record levels.

We need to keep a close eye on some things — the percent of homes underwater is higher than we’d like and commercial real estate vacancies are too high in some sectors, but for the most part Southern Nevada is clearly on the right path.