Skip to content
Sign up for our newsletter
section-ads_high_impact_1
By BUCK WARGO SPECIAL TO LAS VEGAS BUSINESS PRESS
October 23, 2016 - 11:02 pm 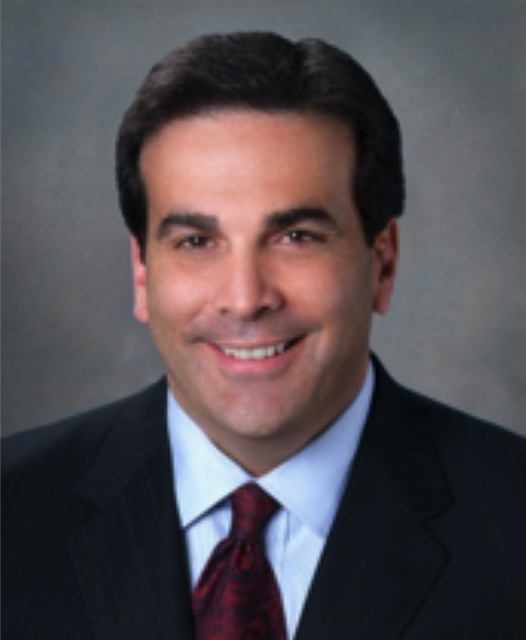 John Guedry, CEO of Bank of Nevada, says the bank has insisted on a shorter amortization period or put in some lease renewal conditions for loans to extend in fewer than a handful of cases at this point. (COURTESY)

Technology has impacted the number of bank branches. Customers can access accounts and services online, and a growing number are using their mobile phones for that purpose. This is decreasing branch demand and putting pressure on banks to reduce their number.

Seeing how technology impacts their own retail business, banks have given greater scrutiny to loans for new commercial developments and the refinancing of loans for some shopping centers. As the economy continues to emerge from the recession, and more deals are made, John Guedry, chief executive officer of Bank of Nevada, recently raised this concern to commercial real estate brokers.

“We’re looking closer at retail projects and saying to ourselves, ‘Do we want to amortize that to 25 or 30 years, or do we want to do a 10-to-15 year amortization,’” Guedry said. “We’re just not sure what the need for space is going to look like when that lease comes due in 10 years. It’s changing our decision-making on how we lend for certain types of construction projects, and you guys should be thinking about how it impacts that project if it’s not a viable 30-year project, or 10 years or less.”

So far, Guedry said, this has come up in fewer than a handful of cases, where the bank has insisted on a shorter amortization period or put in some lease renewal conditions for the loans to extend.

Fifteen years is the preference now, where 25 years previously was considered the norm, he said. Without naming specific retail centers, according to Guedry, an existing center in California and some existing centers in Southern Nevada were involved.

Guedry’s immediate concern is over anchored retail centers of between 200,000 and 300,000 square feet, with regional or national anchors that use online sales as one of their primary drivers of generating revenue.

“I know the industry has been looking at the dynamics in the retail market for some time,” Guedry said. “And what specifically other banks are doing, I don’t know, but this is a topic for discussion in financial circles, and a topic of discussion in the construction and property owner and retail circles as well.”

Some Las Vegas retail brokers said they haven’t seen the issue surface so far, and Matt Bear, vice president of retail at CBRE, said he doesn’t see it having an impact as of now. If developers and property owners have enough tenants wanting to sign leases, there will be banks wanting to lend; banks, however, are looking closely at new construction projects, and that’s the way it should be, he said.

“I think every new construction project is looked at more critically and for good reason,” Bear said. “Yes, retail is changing, but it doesn’t mean it will render retail shopping centers useless.”

Bear said tenants are likely to sign leases shorter than 10 or 15 years because they want to have the flexibility to meet the demands of consumers.

“There’s a lot of talk of pop-up tenants for short-term leases at malls. No one is promised that (the existing shopping center) business model will last forever,” Bear said.

That’s the concern for Guedry, who is especially worried about big-box retailers and grocery stores. More people are buying groceries online, and it’s cheaper for companies to operate a central warehouse and ship out groceries than operate in more expensive retail stores.

“The last thing we want to do is put them in a loan they can’t repay,” Guedry said of property owners. “We will have conversations about what they’re thoughts are about their tenant mix and whether they’ve had discussions about tenants interest in renewing their leases at the end of their lease.”

Not every segment in the retail market is affected, Guedry said. Neighborhood grocery stores, especially those that serve an ethnic community, tend to be more stable, he said.

“They tend to serve the communities they’re located in,” Guedry said. “Those don’t create as much of a concern, but the power center and regional mall types with traditional retail projects with national tenants have moved to online sales, and they continue to increase their online sales. There’s a concern about how long it will take before online sales surpass their in-store sales and if the economics of continuing to maintain these large retail spaces in fairly pricey projects make sense. I think it’s a little too early for us to know for certain, but we’re certainly watching it closely and taking a little more conservative look at how we would traditionally amortize a loan like that.”

Kyle Nagy, director of CommCapp Advisors, a Las Vegas-based commercial mortgage banking firm, said the days of the power center and shopping mall aren’t gone, but online sales are forcing the market to evolve. Kmart, Sears and J.C. Penney are struggling because they could not fight off more creative and efficient competitors, not because the entire market moved online, he said.

Though online shopping affects the space needs and viability of retail tenants, Nagy said, not all big-box tenants are the same, and some products require an in-store experience. Construction and permanent lenders have adjusted accordingly and will continue to appropriately underwrite known tenant risk, he said.

Guedry said online sales in grocery and other products isn’t going to replace retail, but change how the space will be used in the next 10 to 20 years. Amazon, for example, can lease 1 million square feet of warehouse space, or build one and use that as a distribution center at a much lower rate than someone opening 20 stores in higher-priced properties.

What will be the impact of banks going this route? Guedry said it won’t impact second- or third-generation space, because the owner already has paid down loans for 10 to 15 years.

If it’s for a new project, and anchors are signing 10-year leases and not putting options at the end of those leases, lenders have to discount the value of that lease, Guedry said. By the time the lease is up, you still have 15 years on your amortization, which might equal 65 to 70 percent of the original loan amount.

Developers might be required to put in more equity in these deals because it’s not realistic to expect the landlord to get higher rents to support a faster amortization and better cash flow, Guedry said.