Skip to content
Sign up for our newsletter
section-ads_high_impact_1
By BUCK WARGO SPECIAL TO LAS VEGAS BUSINESS PRESS
September 18, 2016 - 10:00 pm 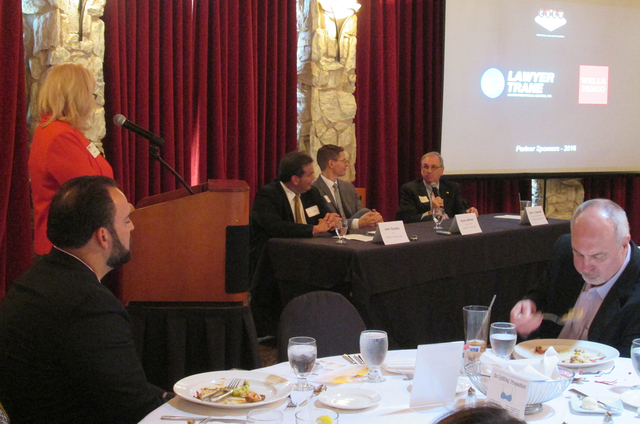 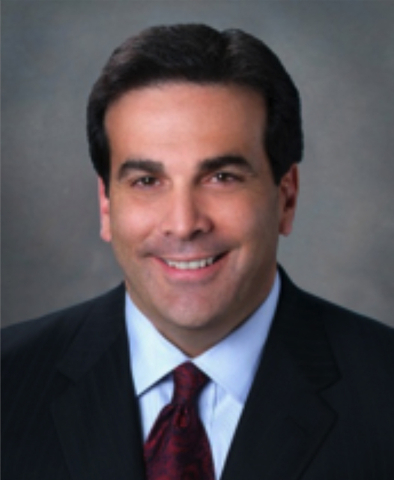 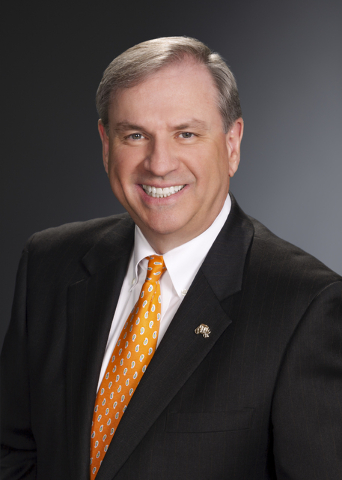 A trio of Las Vegas bankers sounded an optimistic note about the continued recovery of the Southern Nevada economy but warned of obstacles that could slow it down in the years ahead.

Sullivan said most bankers look at the economic recovery in terms of progress rather than time. Depending on who you ask and what market you’re in, Sullivan said Southern Nevada is in the fifth to seventh inning of its recovery.

“The summer was pretty hot for residential, and that’s going to continue for at least the medium term,” Sullivan said. “Within the commercial space, there’s a lot of different stories. A lot of banks are staying away from office. We’re not. In the office sector, there’s different types of product. There’s some product that’s less than 10 percent occupancy and needs a lot of work. There’s stuff that’s cash-flowing well and 95 percent occupied and worked its way through the down cycle.”

Sullivan said there are opportunities and sectors to keep an eye on such as multifamily, which he called overheated.

Guedry, chairman of the Las Vegas Metro Chamber of Commerce, said regulatory changes made in recent years are affecting the ability to finance “significant growth” in the state’s construction market. Nevada isn’t considered a first-tier market so it doesn’t have capital markets, conduit lenders and life insurance companies who come in and finance projects. When they run out of opportunities in those first-tier markets, they start looking in second- and third-tier markets, he said.

“That capital is not finding a home here,” Guedry said. “That means we have a consolidated and shrinking commercial banking market, as over the past seven years the number of banks in the state has been cut about in half. We have a regulatory environment that really discourages the kind of lending we saw prior to the recession.”

Regulators are monitoring and managing the lending volume in concentration levels, Guedry said. That’s a problem for a market such as Las Vegas that’s not as diverse as others across the country, he said. Growth markets such as Southern Nevada tend to have a preponderance of lending in real estate like what happened prior to the recession.

The concentration levels that once used to be suggestions are now hard lines based on the percentage of capital, Guedry said. Capital has increased and that has increased the amount of lending banks can do, but the percentage in the investor, construction and land is coming down, he said.

“It’s an artificial holding back of lending availability through the commercial banking market,” Guedry said. “Until this market becomes a more primary market for those nontraditional and nonbanking sources to come into, we’re going to see that restraint on growth. I don’t want to give anybody the impression that it’s slowing down the ability to fund deals today, but if we start to see an acceleration of growth in construction and real estate industry, I do think it will be a barrier for us to fund that group.”

The group was asked about the Southern Nevada economy’s strong path in the future with proposed hospital projects, a new medical school, development within the medical district in Las Vegas and a medical corridor in Henderson. There’s also Hyperloop Technologies high-speed transportation and Faraday Future electric cars moving forward with developments at Apex industrial park in North Las Vegas.

“Twenty years ago some prominent bankers of the banks (who) are no longer with us would describe Southern Nevada as recession-proof,” Clausen said. “I think 2008 through 2012 we soundly disproved that theory. The main crux we have been talking about to diversify our economy, we’ve been talking about for decades. It’s exciting now to see that happen. Not all of them are going to happen, but enough of them are going to happen that puts our community on a path of truly having a diversified economy, and that’s very exciting.”

Guedry said he’s skeptical about all of the projects going forward as planned. He said he’s not convinced Faraday Future will be what they intend it to be but hopes he’s wrong. He said there are plenty of other potential projects on the horizon with planned casino development along the Strip, a potential NFL stadium and expansion and renovation of the Las Vegas Convention Center.

“There are markets around the country that would literally give their right arm to have everything we have going on,” Guedry said. “Unfortunately, we compare it to 2005, 2006 and 2007 that it doesn’t look quite as exciting or you don’t have cranes on every corner.”

The biggest concern is the ability to deliver because of a shortage of construction workers to build these projects, Guedry said. That’s starting to drive up cost on projects and might lead to some of those on the borderline economics-wise becoming less feasible, he said.

Bank of Nevada has backed a program starting this year in the Clark County School District in which middle schools roll out curricula to let students see the opportunities available in construction, Guedry said.

“It’s a longer-term solution, but it’s the kind of thing we should be looking at to ensure 10 to 20 years from now that our economic plan can be met,” Guedry said.

Clausen credited the Nevada Development Authority and Las Vegas Metro Chamber of Commerce for working together to help diversify the economy. Whether all of the planned projects go forward or not, it’s important to cite that “the fact things are stirring” says a lot about what’s happening in Southern Nevada, he said.

Like Guedry, Clausen said he was concerned about the construction workforce and what that means for future growth.

“We just don’t have enough construction folks out there,” Clausen said. “We’ve got to bring them back, otherwise the cost of labor continues to go up and projects get more expensive. If anything puts the brakes on, it’s that.”

Clausen said there’s more financial discipline in the marketplace and hopes it has learned its lesson and doesn’t overheat. “There may not be a crane on every corner, but a crane on opposing corners works,” and Southern Nevada is moving in that direction with improving commercial real estate values and increased home sales, he said.

The upcoming presidential election came up as a topic and the impact it will have on Southern Nevada if Donald Trump or Hillary Clinton wins.

Sullivan said there’s not a “functional difference” between the two presidential candidates as to how they will affect day-to-day operations in the business world and banking. Despite indications to the contrary, there are some similarities between the two candidates about what their approach will be, he said.

The biggest difference between the two would be on regulations and community banking and the potential for relief for smaller banks, Sullivan said. When Bank of George opened in 2007, there were 18 community banks that served Clark County. It’s down to four today.

“A big part of that has been the economic impact, but part of it is regulatory,” Sullivan said. “We will continue to see consolidation in the number of banks out there. We’re about to be below 6,000; and at one point we were closer to 20,000 throughout the entire country. Of the two candidates, I think Trump would probably be more likely to provide relief to the smaller banks, which helps us all in terms of having the diversification of financing resources that are available.”

Guedry said what happens in Washington, D.C., while having an impact on Southern Nevada, does not have as much influence over the valley as what happens in Carson City in the next legislative session in 2017 and any special sessions.

Guedry said that includes legislation to fix the public education system and decisions regarding building an NFL stadium and expanding the convention center.

“These are things that impact us every day and have a much greater say of where we go as a community and how we diversify our economy than what some people (in Washington) that seem to be totally out of touch of what we need here in Nevada,” Guedry said.