Skip to content
Sign up for our newsletter
section-ads_high_impact_1
By CHRIS SIEROTY SPECIAL TO THE LAS VEGAS BUSINESS PRESS
November 6, 2016 - 10:00 pm

More Nevada households don’t have bank accounts as use of prepaid cards for basic financial services, such as making purchases or receiving deposits, has risen modestly over the past two years, a government survey found.

The Federal Deposit Insurance Corp. study found 11.1 percent of Nevada households reported using a prepaid card in the 12 months prior to June 2015, when the survey was taken, up from 7.1 percent in 2013.

The survey found that 9.8 percent of all U.S. households reported using prepaid cards, up from 7.9 percent in 2013.

The agency said prepaid usage among Asians and African Americans in Nevada was not available.

Meanwhile, the largest increase in use of prepaid cards in Nevada was by those between the ages 35 to 44, with the FDIC finding 17 percent used prepaid cards in 2015, up from just 5.2 percent in 2013.

The increase in prepaid-card usage in Nevada was among the findings of the FDIC’s latest financial inclusion survey, which looks broadly at the behaviors and attitudes of households in Nevada and nationwide that have limited or no access to the mainstream banking system.

The biennial survey, done in partnership with the U.S. Census Bureau, collected responses from more than 36,000 households. The survey looked at 1,212 households in Nevada.

Meanwhile, more Nevadans have been added to the rolls of the unbanked, a disturbing trend that reflects a continued financial unease among some residents following several years of recession.

The unbanked figure was 6.6 percent in Nevada in 2009 as the recession was starting to grip the state.

Compare Nevada’s unbanked percentage with Utah at 4 percent, while New Mexico is 9.4 percent.

That was a significant difference than for Americans generally, where the unbanked segment of the population declined to 7 percent from 7.7 percent in 2013 and 8.2 percent in 2011.

Martin said the decline nationwide in the share of households who do not have a banking relationship is a positive development. During a conference with reporters, Martin did not address the increase in Nevada’s unbanked population.

The study also measured the percentage of underbanked individuals, those with a checking or savings account who occasionally make use of alternative, costly products such as check-cashing services, pawn shop loans and auto-title lending.

The survey results illustrate the consequences of being unbanked in the United States. Only 56.3 percent of American households reported having saved any money over the prior 12 months.

The proportion of Nevada savers was lower at 54.8 percent. The amount of median savings wasn’t measured.

The study showed certain segments of the state’s population were less likely to deal with banks. For example, 35.6 percent of households earning between $30,000 and $50,000 were either unbanked (7.1 percent) or underbanked (28.5 percent), compared with 28.7 percent (5 percent unbanked; 23.7 percent underbanked) of Americans overall.

Other groups that weren’t well represented in Nevada’s banking system included people lacking a high school diploma, those with disabilities and unemployed people, the study found.

The most common reason to avoid banks was not having enough money. Other common reasons included privacy concerns, a lack of trust and concern over high fees.

For the 59.5 percent of Nevadans that are fully banked, the study found the primary methods of how we access our money continues to change.

The FDIC survey found the largest change in how people access their bank accounts was online, with 41.3 percent saying they use online banking, up from 29.9 percent on 2013.

Meanwhile, 8.9 percent of Nevadans’ primary access comes through their smartphones, up from 8.2 percent in 2013. 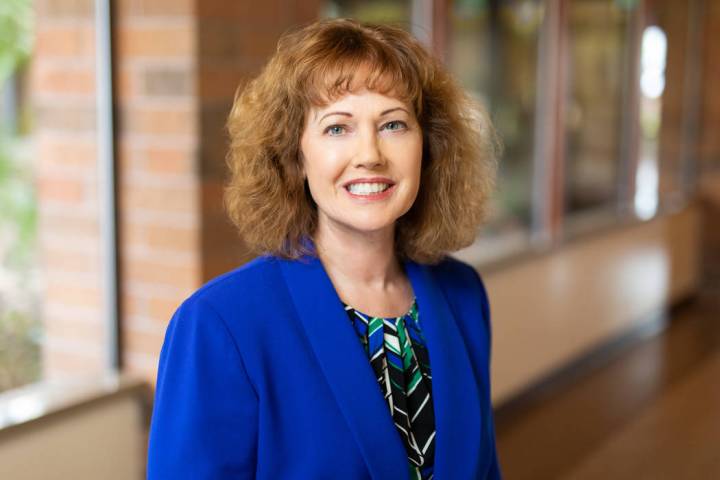