Skip to content
Sign up for our newsletter
section-ads_high_impact_1
By Chris Sieroty Special to the Las Vegas Business Press
July 17, 2015 - 11:47 am 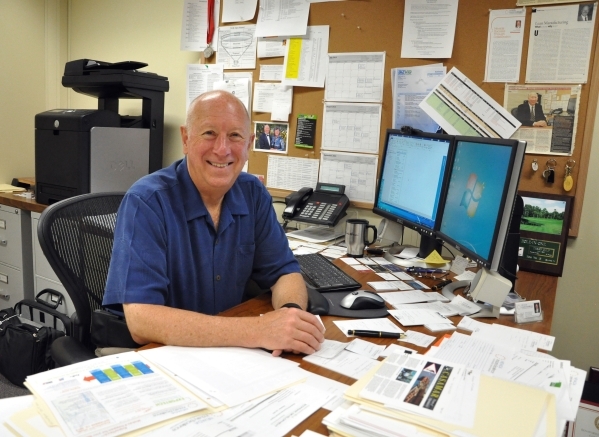 Ex-Im Bank has played a role insuring or financing export orders that are shipped out internationally, says Terry Culp, deputy director of Nevada Industry Excellence. âIt has made us more competitive in securing customers for local businesses.â (Joe Coomber, special to the Las Vegas Business Press)

Some Southern Nevada businesses will be put at a competitive disadvantage with the closure of the U.S. Export-Import Bank since its rivals overseas still have access to such financial support, an executive with Nevada Industry Excellence said.

Earlier this month, the 81-year-old little known federal agency stopped issuing new loans because of a political fight in Congress over whether the bank represents wasteful government spending or is a crucial piece of the economy.

Between 2007 and 2014, Ex-Im Bank directly supported 32 businesses in Nevada with loans of more than $165 million, according to NIE.

"The bank has played a role insuring or financing export orders that are shipped out internationally," said Terry Culp, NIE‘s deputy director. "It has made us more competitive in securing customers for local businesses."

Culp said "it‘s pretty sad" to see the bank stop issuing loans because of a political fight. He said while the Ex-Im Bank is in limbo foreign manufacturers already benefit from government subsidies and protections that vastly exceed the modest options Ex-Im provides.

Measured as a percentage of gross domestic product, Germany and France provide more than twice the U.S.‘s export credit limit; China and India three times as much, while South Korea "dwarfs us by a factor of 10," Culp said.

Culp, who runs NIE‘s ExporTech training sessions for companies in Southern Nevada looking to export their goods overseas, again stressed his displeasure with the Ex-Im Bank being under attack "by those who put ideology above economics."

He added that foreign customers would simply buy Mahindra tractors instead of Caterpillar, Airbus jets instead of Boeing.

"Critics of the bank may mean well, but they are putting our economic recovery at risk," Culp said.

Culp‘s passion for exports and the Ex-Im Bank isnât shared by all. Many opponents of the obscure federal agency argue the bank takes business away from commercial lenders, distorts the free market and is picking winners and losers.

Sen. Richard Shelby, an Alabama Republican and chairman of the Banking Committee, is opposed to the long-term reauthorization of the bank, believing the Ex-Im has "outlived its usefulness."

"In my opinion, and after evaluating this issue during a series of hearings in the Banking Committee, there is no compelling case to reauthorize the bank," Shelby said in recent remarks on the Senate floor. "Nearly 99 percent of all American exports are financed without the Ex-Im Bank, which demonstrates that the subsidies are more about corporate welfare than advancing our economy."

The Senate Banking Committee is not scheduled to consider legislation reauthorizing the Ex-Im Bank.

Visitors to Ex-Im Bankâs website have been greeted with a message: "Due to a lapse in Ex-Im Bankâs authority, as of July 1, 2105, the bank is unable to process applications or engage in new business or other prohibited activities."

Despite its charter expiring, Ex-Im Bank is still open and continuing to service $112 billion in loans it has already underwritten. The agencyâs operating budget has been approved through Sept. 30.

According to the Ex-Imâs website, the bank has been operating in the black for years, returning more than $1.7 billion to the U.S. Department of Treasury over the last two years due to fees and interest it charges foreign buyers.

Culp noted that in a rare case of default, the bank was still able to recoup 50 cents on the dollar. Ex-Im had a default rate of less than 1 percent over the past 20 years, according to the bank.

Michael Martin, president of Erickson International in Las Vegas, said his company has used the Ex-Im Bank in the past, but stopped applying for credit because of the fees the bank was charging and because their clients were too small to truly benefit from it.

"It did not allow us to grow our business," Martin said, adding most of the loans went to existing customers. But most of Erickson International clients are "single owner entities,â which he says makes it‘s easier for them to put any costs on their "credit cards and get the points."

He said City National Bank has a similar program that isnât as expensive as Ex-Im Bank. The Los Angeles-based bank, with seven branches in Nevada, is a Delegated Authority Lender under Ex-Im Bank‘s Working Capital Guaranteed Program.

Cam said it was an attractive option because 90 percent of the loan, including principal and interest, is guaranteed by Ex-Im. She said before the June 30 deadline, City National booked a lot of loans, but since then has ânot originated any new Export-Import Bank loans.â

"It‘s an efficient program for exporters," said Cam, adding she was confident reauthorization of Ex-Im Bank will happen. She said City National was still active in supporting overseas trade through credit insurance and other lines of business.

Last year, Ex-Im supported $27.5 billion worth of U.S. exports and 164,000 jobs. The Department of Commerce said total export of U.S. goods and services in 20134 reached $2.34 trillion, with exports supporting an estimated 11.7 million jobs.