Skip to content
Sign up for our newsletter
section-ads_high_impact_1
By Chris Sieroty Special to the Las Vegas Business Press
June 8, 2015 - 12:05 pm 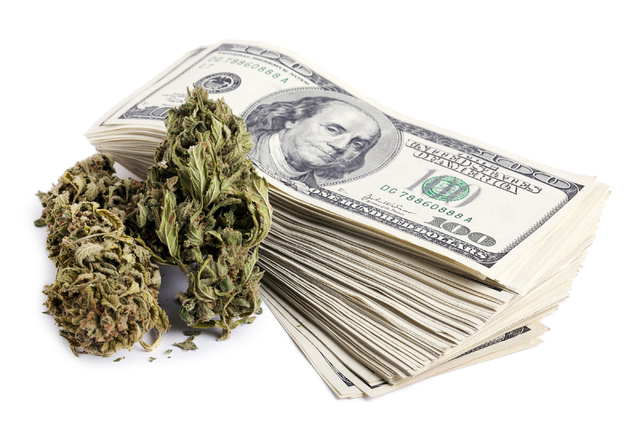 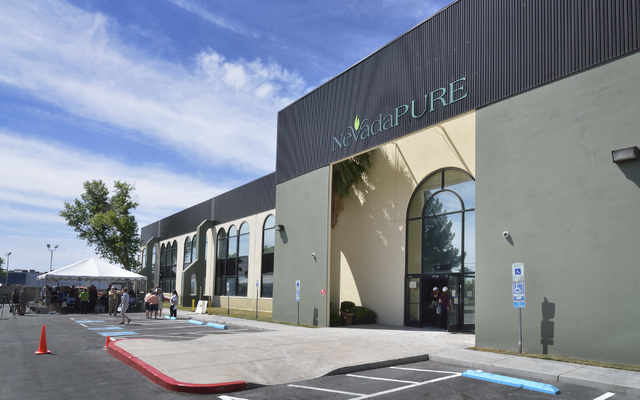 The exterior of a 70,000-square-foot building scheduled to house NevadaPURE's medical marijuana operation is shown during groundbreaking ceremonies at 4380 S. Boulder Highway in Las Vegas on Wednesday, May 27, 2015. (Bill Hughes/Las Vegas Review-Journal) 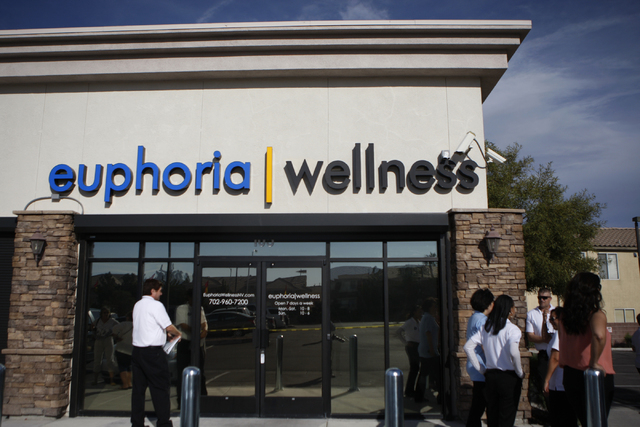 Marijuana dispensary Euphoria Wellness is seen during their ribbon cutting ceremony event in Las Vegas Tuesday, March 31, 2015. Guests received a preview tour of the marijuana dispensary which is expected to be the first in the state to open. (Erik Verduzco/Las Vegas Review-Journal) Follow Erik Verduzco on Twitter @Erik_Verduzco

Will Nevada’s medical marijuana industry be an all-cash business? Is there a financial institution willing to tackle the tricky business of banking dispensaries, growers and other marijuana-related companies?

So far, nearly every bank and credit union in Southern Nevada has refused to offer checking or credit card services for fear it’ll be investigated, fined or possibly shut down by the federal government, which classifies marijuana, medical or recreational, as an illegal narcotic.

Nevada voters legalized medical marijuana in 2000.Next year, voters will decide whether recreational marijuana should be legal.

A new group is looking to position itself as the pioneer of a new approach — as a state-chartered credit union that can avoid federal regulations and serve the growing needs of a growing industry.

First Security Bank of Nevada last year became the first local financial institution to confirm it was taking clients that hoped to get into the dispensary or cultivation business in Clark County.

In a letter sent to clients May 1, First Security Bank of Nevada President Sanford Sadler acknowledged that banking services for the industry were essential, but the cultivation and sale of marijuana remain federal crimes. These “hold” accounts allow medical marijuana businesses to deposit and spend funds on applications, business expenses or related purposes.

“These holding accounts will continue as functional and available for these purposes only,” Sadler wrote in a letter to clients that the Las Vegas Business Press obtained. “Any revenues or funds derived from the sale of marijuana and related products deposited into a holding account shall require immediate closure of that account by FSB.”

Sadler wrote that the bank is trying to achieve a reliable compliance solution, but the programs the bank has reviewed “have proven challenging and unsatisfactory.”

He attributed the problems with compliance software for not offering “operational accounts,” but didn’t offer a time frame for when the community bank would reconsider its decision.

“Have we thought about it? Yes, we have,” Plaza Bank President and CEO Gene Galloway said. “But, we are not going to do it. There are too many regulatory issues.”

Galloway said until the federal government and state come to some agreement “it’s not the right space for a community bank to be in.” He said at some point selling marijuana will become legal, like tobacco or alcohol, but “we are not there yet.”

With dispensaries preparing to open in Southern Nevada, the expected abundance of cash makes these businesses targets for criminals. Without bank accounts, legal dispensaries will have to pay their employees and vendors in cash.

Randi Thompson, a lobbyist and owner of Randi Thompson Consulting in Reno, said that she’s worked for two years with a group to form a Nevada credit union to serve the medical marijuana industry.

Thompson said the credit union is tentatively named Battle Born Credit Union and will be a state-chartered and privately insured financial institution. She said seven people are associated with the project, but none is involved in the medical marijuana industry.

“No one has figured out how to make money from being the banker to the pot guys,” Thompson said.

“We still go to Federal Reserve routing numbers, that is if we are approved,” Thompson said.

Those figures include 55 dispensaries, 117 production facilities and 17 testing labs.

However, as of June 8, medical marijuana remained an all-cash business in Nevada. Relying on solely on cash means paying vendors, employees and state and payroll taxes in cash.

Derek Peterson, owner of Blum, a medical marijuana dispensary in Oakland, Calif., that is expanding to Nevada, says improving access to financial services “is a major piece of reform that needs to take place within the industry.”

Peterson told the Business Press in an email that “all parties win” if banks are allowed to work with licensed medical marijuana businesses.

“Operating without a banking relationship poses significant operational issues for any company in the space,” he said. “Holding large cash balances puts business owners as well as employees at risk.”

Peterson said simple tasks like paying taxes, payroll and any other normal business expenses have become daunting. He added that many of the vendors who work with dispensaries “don’t like to take cash, which extends the burden on to other parties,” meaning a “higher level of expenses as compared to traditional businesses.”

In 2014, 320 banks and credit unions notified the U.S. Treasury Department that they’re working with marijuana-related businesses. But since marijuana is still illegal, the names of those financial institutions are being kept confidential.

The nation’s rapidly expanding legal marijuana business operates in 23 states and the District of Columbia.

Because Nevada’s legal medical marijuana businesses are so small, it’s hard to gauge how many financial institutions will decide to do business with legitimate marijuana companies.

Advice may be hard for banks or credit unions considering entering the marijuana business to find.

“That’s not really our role,” Thomas said. “What we would do is provide information to our members, but we have not heard from community banks.”

Thomas cautioned that marijuana possession, cultivation and distribution remain federal crimes. Under federal law, marijuana remains a Schedule 1 drug in the same class as heroin. That distinction has been law since 1970, when Congress passed the Controlled Substance Act.

The federal law also makes it illegal for financial institutions that depend on the Federal Reserve’s money transfer system to take proceeds from marijuana businesses.

Nevada and dispensary owners have to hope the rule issued last year by the Treasury Department would reassure financial institutions that they can do business with the new industry.

The rules required banks and credit unions to report their state-licensed marijuana customers and ensure they don’t violate Justice Department guidelines, including selling to minors.

In a separate memo, the Justice Department directed U.S. attorneys not to pursue banks as long as they adhere to the guidelines, including filing “suspicious activity reports.”

Thomas said the risk of federal regulators going after a bank is low, but “you would want to weigh the risk.”

“We would say it’s a business’s decision you need to make,” Thomas said. “We are monitoring it, but not advocating one way or another.”

“Generally, the decision to open, close, or decline a particular account is made by the credit union management,” Fairbanks said by email. “This decision may be based on the credit union’s particular business objectives, its evaluation of the risks associated with offering particular products or services, and its capacity and systems to effectively manage those risks.”

Fairbanks reminded credit unions that the association follows the guidance issued by the Financial Crimes Enforcement Network in February 2014.

“NCUA reminds credit unions of the FinCEN guidance and that they are expected to comply with the Bank Secrecy Act expectations if they are interested in providing financial services to marijuana businesses,” he said.

Banks and credit unions that work with state-legal marijuana businesses must report their activities in a “suspicious activity report.” That report lists three classifications of concern: “limited,” “priority” and “termination.”

However, the FinCEN data also reveal that banks filed 1,292 reports that a bank terminated financial service with a marijuana business. The classification allows banks and credit unions used for marijuana businesses to cease providing banking services to maintain compliance in a federal anti-money laundering program.

“One thing is clear: A wide swath of financial institutions in both legal and illegal states are having to deal with the reality of the fast growing legal marijuana industry,” the Dynamic Securities Analytics report said. “While we do not yet have a compliance picture, the available data suggest a slight opening of financial services to marijuana businesses.”