Skip to content
Sign up for our newsletter
section-ads_high_impact_1
By Cody Noble Special to the Las Vegas Business Press
December 6, 2015 - 10:00 pm 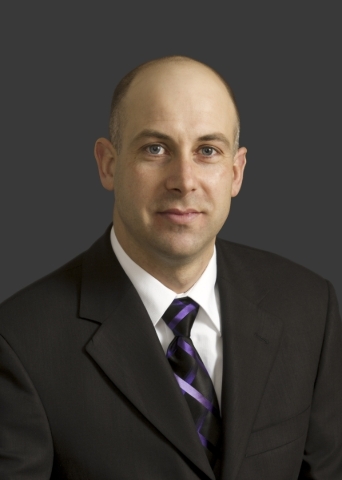 While the SLLC structure allows flexibility in planning within a single entity that is not possible with other entity types, a lack of regulatory and judicial guidance has created uncertainty regarding certain legal and tax aspects of SLLCs. Although a comprehensive discussion of the pros, cons, benefits and risks of the SLLC structure is beyond the scope of this article, a brief discussion of some of the advantages and disadvantages follows.

Series LLCs allow owners to achieve the limited liability characteristics of multiple LLCs while only requiring the filing of one set of articles of organization, acquiring one state business license and making one annual renewal filing. This result is attained by management’s ability to internally divide the SLLC into any number of different series, each with its own assets, ownership, management and liability characteristics, while the SLLC is treated as a single entity in terms of state law compliance.

Specifically, because of the unique provisions of Nevada’s LLC statute pertaining to SLLCs, if certain statutory formalities are followed, the liabilities of each separate series within an SLLC are treated as confined to that particular series. This separation results in the assets of each series being insulated from the liabilities and claims from creditors of any other series.

In addition, management of an SLLC can establish any or all of the separate series with distinct members and managers.

The characteristics of an SLLC can be advantageous in a number of different circumstances, including real property ownership and estate planning where it is desirable to pass ownership of only certain assets owned by the SLLC to lower generations.

While SLLCs are advantageous in certain circumstances, some uncertainty remains with regard to various aspects of their legal status, including limited liability protection outside of Nevada, and federal and state income tax treatment.

Eleven states, one U.S. Territory, and Washington D.C. have adopted statutes allowing the formation of SLLCs. Many U.S. jurisdictions do not permit the formation of SLLCs and therefore do not have the concept imbedded in state law. With the lack of federal and state judicial guidance, it’s unclear whether those jurisdictions will respect the liability limitations afforded an SLLC. Therefore, it is possible that an SLLC operating outside of Nevada might not benefit from limited liability among its separate series in other jurisdictions.

There also is uncertainty regarding the treatment of each individual series of an SLLC for federal and state income tax purposes. The IRS has issued proposed regulations indicating that each series within an SLLC must individually determine its federal tax status. Under the proposal, each SLLC series potentially could be treated as a separate entity for federal tax purposes and be required to file separate tax returns. This treatment currently has no force of law and is subject to change until these regulations become final.

Series LLCs can be an excellent tool to provide flexibility and limit liability in certain circumstances, particularly if the activities of the SLLC are carried out in Nevada. However, the use of SLLCs can present risks due to uncertainty surrounding certain aspects of their treatment, so care should be taken when the activities of the SLLC extend outside Nevada. The advice of competent legal and tax counsel should be considered in making the decision to form an SLLC.

— Cody Noble is a partner with McDonald Carano, LLP. His practice focuses on federal income, gift, estate and generation skipping tax planning and corporate law and business transactions. Noble holds a Bachelor of Science in Accounting, Juris Doctorate and Master of Laws in Taxation. He can be reached at cnoble@mcdonaldcarano.com.