Skip to content
Sign up for our newsletter
section-ads_high_impact_1
By Chris Sieroty Special to the Las Vegas Business Press
April 13, 2015 - 3:00 am 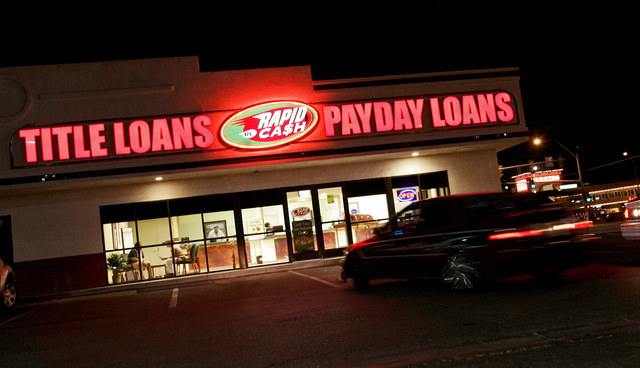 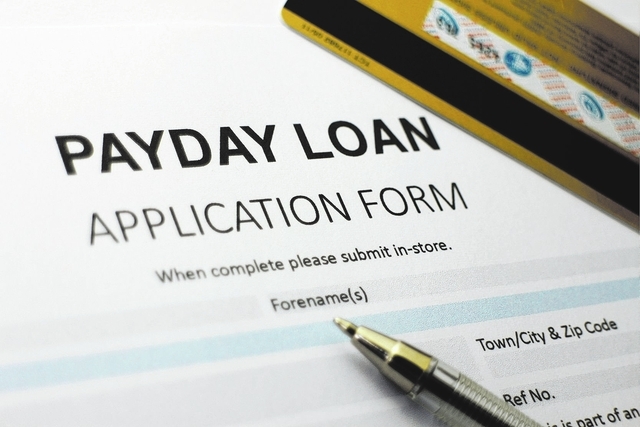 Google payday loans in Nevada and what pops up is a long list of lenders offering cash loans of $250 to $1,000, mostly delivered to your bank account by the next day.

Yellow Pages alone has 234 payday lenders listed in Las Vegas on its website.

So getting the cash you need isn’t difficult. What can turn into a problem is local consumers getting into a cycle of debt and a reliance on these short-term, alternative financial products.

These short-term loans also come with some of the highest interest rates in the country. The Pew Charitable Trusts found Nevada payday lenders charge an average of 521 percent annual interest on their loans.

They’re commonly called payday loans because they allow borrowers to get small loans to tide them over until the next payday.

Critics say payday lenders exploit the poor with exorbitant interest rates. They say they target those with troubled credit histories who are likely to get turned down by banks and other large financial institutions.

Industry representatives say they are hopeful a bill being considered by Nevada lawmakers will address industry abuses.

The bill would require lenders to disclosure fees and interest on a loan in both dollars and annual percentage rate before the borrower signs the documents.

The measure requires payday loan advertisements in print, on TV or on the Internet to tell consumers that their products should only be used as a short-term financial solution.

Roberson’s three-page bill also includes a provision that would limit payday loan rollovers. These rollovers are described as paying the minimum on a credit card bill and delaying the due date.

The measure would prevent further rollovers after 90 days.

Roberson’s bill garnered wide support at a hearing last month in Carson City, including from representatives of the payday loan business.

That’s about 300,000 underbanked households in Nevada, according to the Federal Deposit Insurance Corp. Shaul said more than 19 million households choose to use payday loans each year for their credit needs.

Support for SB242 is widespread among lawmakers.

Another payday loan bill introduced in February is essentially dead for the 78th session of the Nevada Legislature. Senate Bill 123 would have allowed payday lenders to sue borrowers for unpaid debt.

It also required a loan to be paid in full in no less than 150 days, and required the customer to make a payment on the loan at least once every 30 days.

The Pew Charitable Trusts recently released a report on small-dollar loans, which included statistics on state payday loan regulation and usage rates. In Nevada, usage rates were unavailable because Pew said it had “fewer than 300 interviews completed.”

But it classified the state’s payday loan environment as “permissive.” Permissive states are the least regulated and allow initial fees of 15 percent or higher on borrowed capital, according to the report.

Most of these states, including Nevada, have some regulations, but allow for payday loans due in full on a borrower’s next payday with APRs usually in the range of 391 percent to 521 percent.

As Nevada lawmakers consider new rules on payday lenders, their efforts at regulating the industry may be overshadowed by new federal regulations.

The Consumer Financial Protection Bureau is considering rules making sure borrowers can repay their loans or to provide affordable repayment options or other protections such as capping the number of times borrowers can roll over debt.

Four out of five payday loans are rolled over or renewed within two weeks, according to the bureau.

“Too many short-term and longer-term loans are made based on a lender’s ability to collect and not on a borrower’s ability to repay,” bureau Director Richard Cordray said. “The proposals we are considering would require lenders to take steps to make sure consumers can pay back their loans.”

In most cases, regulation for payday lenders largely falls to the states, which determine among other things the maximum interest rates lenders can charge. A federal law was put into place for military families capping the rate at 36 percent.

“First, new rules must achieve the delicate balance of preserving consumers’ access to credit, while enhancing consumer protections,” Shaul said. “Second, new rules should be grounded in rigorous research, not anecdote or conjecture, to determine how any regulations might impact borrowers’ financial welfare.”

The bureau will present its proposals to a small-business review panel that will look into how such rule changes could affect lenders and other businesses. Any proposed rules are still months away, according to the federal agency.