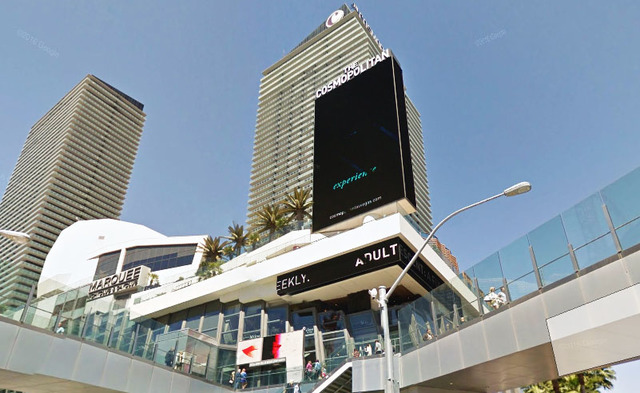 COURTESY The Cosmopolitan of Las Vegas has paid off an $875 million two-year loan, which was used to acquire the property, some two months ahead of schedule.

In a sign of the good financial health of The Cosmopolitan of Las Vegas, its ownership has paid off an $875 million two-year loan, which was used to acquire the property, some two months ahead of schedule.

The Cosmopolitan ownership, Blackstone Real Estate Partners, was scheduled to pay the entire $875 million principal by Jan. 7, but it instead it made the payment in late October or early November, said Sean Barrie, a research analyst with Trepp LLC, a New York-based financial research firm.

Blackstone, a private equity investment fund, acquired the 2,995-room hotel-casino in December 2014 from Deutsche Bank in a $1.73 billion acquisition. The Cosmopolitan had not turned an annual operating profit since it opened in December 2010. Deutsche Bank took over the property after the original owner defaulted on the $3.9 billion project.

The loan is a Commercial Mortgage Backed Security overseen by JPMorgan Chase for a property with an appraised value of $1.815 billion, Barrie said. He said it makes sense to pay off loans early and not wait for a maturity date since it takes time to get such large payments together. It sends a positive signal, he said.

“It’s a good sign,” Barrie said. “It shows the borrower is hitting their marks, and the property is performing well. The financials for the property are sterling.”

The Cosmopolitan released a statement that, as a matter of company policy, it “does not comment on private matters.”

The Cosmopolitan paid a 3.335 percent interest rate on the two-year loan, Barrie said. It’s typical that such loans are extended, but Trepp is reporting the Cosmopolitan essentially will be seeking a new loan instead.

John DeCree, director of the Las Vegas Office for Union Gaming, said the Cosmopolitan has been “doing quite well operationally so the ability to have some flexibility with their debt is not a surprise and certainly beneficial. Performance from that property has been quite good, and it’s not surprising to see the owner, Blackstone, take an opportunity to address the debt capital structure there. I think overall it is a pretty good positive for Cosmopolitan.”

Blackstone could be opportunistic and sell at the right price, but it would be “pretty expensive” for a buyer given how the property is positioned in the market and for how well it’s doing, DeCree said.

As a private company, Blackstone doesn’t release its financial data, DeCree said. He said the Cosmopolitan likely does $200 million or more a year in earnings before interest, depreciation and amortization.

“When they took over two years ago, they righted the ship and so it’s not surprising to see them having ease in the debt capital markets,” DeCree said. “They were able to address several areas. They certainly revamped the casino business, and they were able to attract higher-end gamblers and bring in higher-end and higher-valued table customers and slot customers. They could do that a number of ways – allowing more credit to players and taking higher bets.”

DeCree said The Cosmopolitan has refreshed its food and beverage offerings and upgraded the restaurants. It’s all about “blocking and tackling” from CEO Bill McBeath, a longtime gaming executive, who came in and brought a lot of experience with him, he said.

Since Trepp reported the Blackstone Group did not plan to extend the loan, it paves the way for it to obtain a new loan.

DeCree said it’s typical when a loan gets paid off that it’s replaced with a lower-cost loan with better operating performance and cash flows.

“That is pretty standard,” DeCree said. “Take an existing loan and refinance it with a lower interest rate, and maybe they pay a little bit down. When you think about the property overall, carrying some debt makes sense to have the optimal capital structure. They probably have better uses for cash than paying debt so they can keep some cash on the balance sheets and use it for reinvestments in the hotel. They can add a new restaurant, or if they want to pick up another gaming asset they would have some dry powder. It’s a pretty typical for casino operators.”

The Cosmopolitan has two 52-story towers and a 100,000-square foot casino.