Skip to content
Sign up for our newsletter
section-ads_high_impact_1
By Jeffrey Meehan Special to the Las Vegas Business Press
July 31, 2015 - 3:40 pm 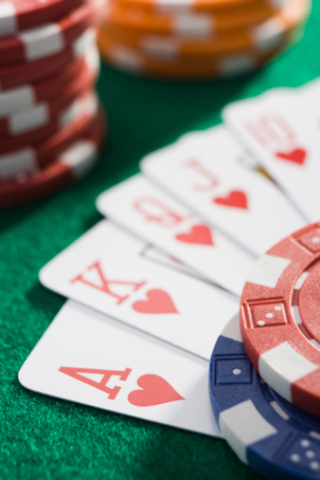 The Palms, Rio and Gold Coast might be getting a new neighbor.

Cambridge Cos., a Las Vegas land development company, said it is in escrow to purchase 8.6 acres at Valley View Boulevard and Flamingo Road for just over $22 million.

Filipp Chebotarev, Cambridge chief operating officer, said the company is working with Steelman Partners, a Las Vegas-based architectural firm, to pencil out the future designs and create a unique attraction. Steelman is the 37th largest architectural company in the world with a long list of casino designs in its portfolio.

It would be built in two phases. Phase one would build out around 1,100 rooms. Phase two would bring more rooms, but Chebotarev is entertaining the idea of high-rise condos, depending on the margin for condos at that time, he added.

The project will not be as costly as others such as The Cosmopolitan of Las Vegas, which came close to $4 billion to build, and was on the same amount of acreage as Cambridge’s plot, Chebotarev said. He cited The Cosmopolitan’s inability to profit as the reason to go a little lean on his project. But to bring his ideas to fruition, Chebotarev could still see up to a $500 million price tag.

He said there were several areas on and around the Strip for sale. But the land with that zoning type lacked amenities including the location and views. “There is no better positioned H1 zoned land in the gaming enterprise zone which allows for non restricted gaming,” he said.

Chebotarev doesn’t want to keep all the specs of the previous developers, but the Strip views come with the package. Future guests would be able to look out their windows and see Caesars Palace, Bellagio, CityCenter, Palms or Rio.

Historically, the property sold at a much higher rate. In 2004, the plot sold to a Florida-based high-rise developer for $50 million. It was sold in 2007 for $65 million.

Chebotarev said the property is valued at about $35 million, but that’s using a recession level scale. He thinks it could be worth closer to $45 million to $50 million.

Cambridge, along with partner Pelican Point Capital, is investing 50 percent — about $12 million — of the initial purchase. The firm is still seeking investors for the other $12 million.

Chebotarev said they already have a lot of local interest, mostly by current casino owners or groups that own property near the Strip. Interest also has reached beyond the Las Vegas borders.

“We have about 26 different groups that are interested in either buying the site from us or joining a joint venture with us,” Chebotarev said. “And most of these are international gaming clients.”

This is not Cambridge’s only project. Chebotarev said the company has more than $300 million in investment property in Las Vegas.

Many of Cambridge’s projects have been industrial and multifamily projects.

Most recently, Chebotarev announced plans to build a 22-story condo project near the Stratosphere and a large industrial building at Las Vegas and Lamb boulevards.