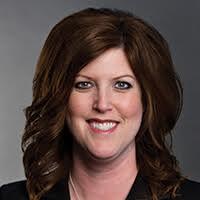 Cynthia L. Alexander, a trial attorney with Dickinson Wright PLLC, has received the Peter Perlman Service Award, which recognizes Litigation Counsel of America fellows who give time and resources to improve the lives of others.

The award is sponsored by Peter Perlman, the 2013 President of the LCA, and was presented to Alexander by LCA Executive Director and General Counsel G. Steven Henry at the 2016 Spring Conference &Celebration of Fellows in Scottsdale, Arizona.

Alexander resolves business, real estate, and construction disputes, and handles lawsuits in federal and state courts and in arbitration. She also handles real estate matters, such as title and escrow disputes, real estate contract and easement disputes and wrongful liens.

Young Engineers of the Year

Kathryn Leonardo and Kamakshi Sistla, engineers in the office of WSP | Parsons Brinckerhoff, have received 2015 Young Engineer of the Year designations by Nevada chapters of national engineering professional organizations.

Leonardo was named 2015 Young Engineer of the Year by the American Society of Civil Engineers. Her recent projects with the firm’s transportation team include the Interstate 215/Airport Connector Interchange and Interstate 15 North Phase IV.

Sistla received a 2015 Young Engineer of the Year award from the Southern Nevada Chapter of the National Society of Professional Engineers, an award that Leonardo received last year. Sistla is a water resources engineer with the water business unit, with a focus on flood control facility design.

She was involved in the design of the Interstate 215/Airport Connector Interchange project, as well as the Oakey Storm Drain project.

Chris Rowe, Aristocrat’s sales and business development director for Asia Pacific, won an Asia Gaming Emerging Leader Award at the G2E Asia awards. Rowe was one of eight individuals to receive the honor.

Rowe has been with Aristocrat since 2004, and develops and executes sales plans across APAC. He and his team maintain strategic partnerships with customers across more than 10 countries in Asia.