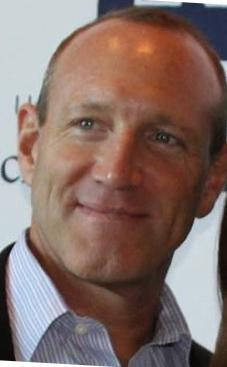 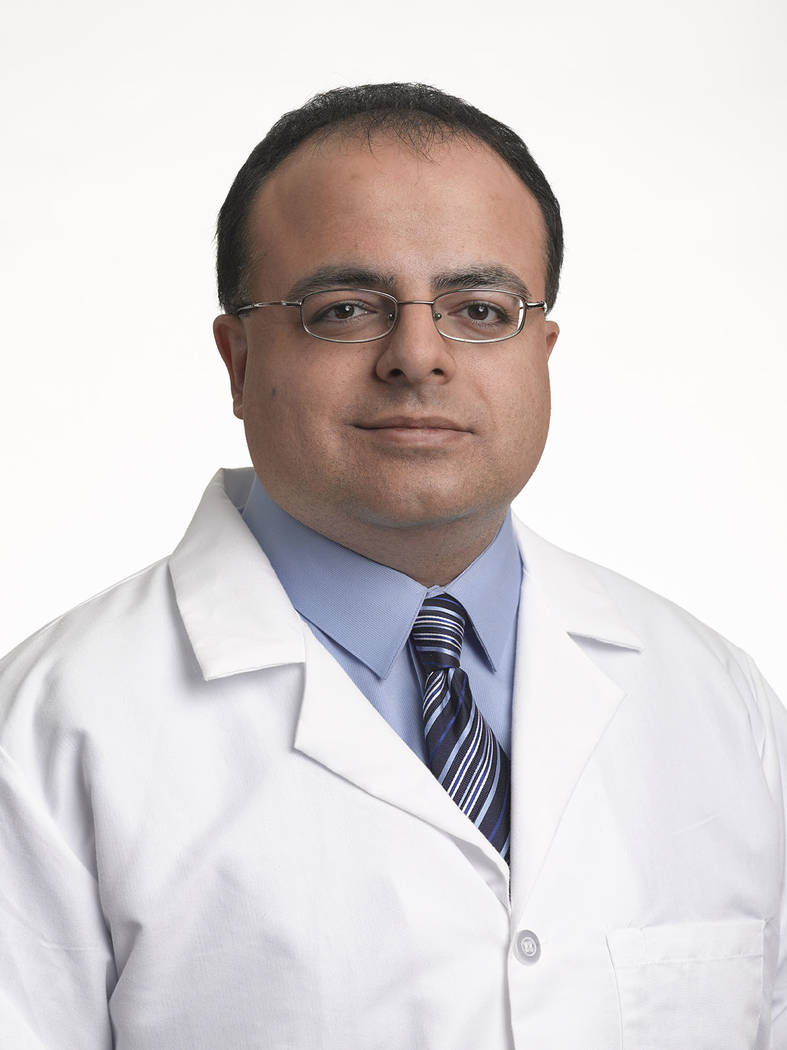 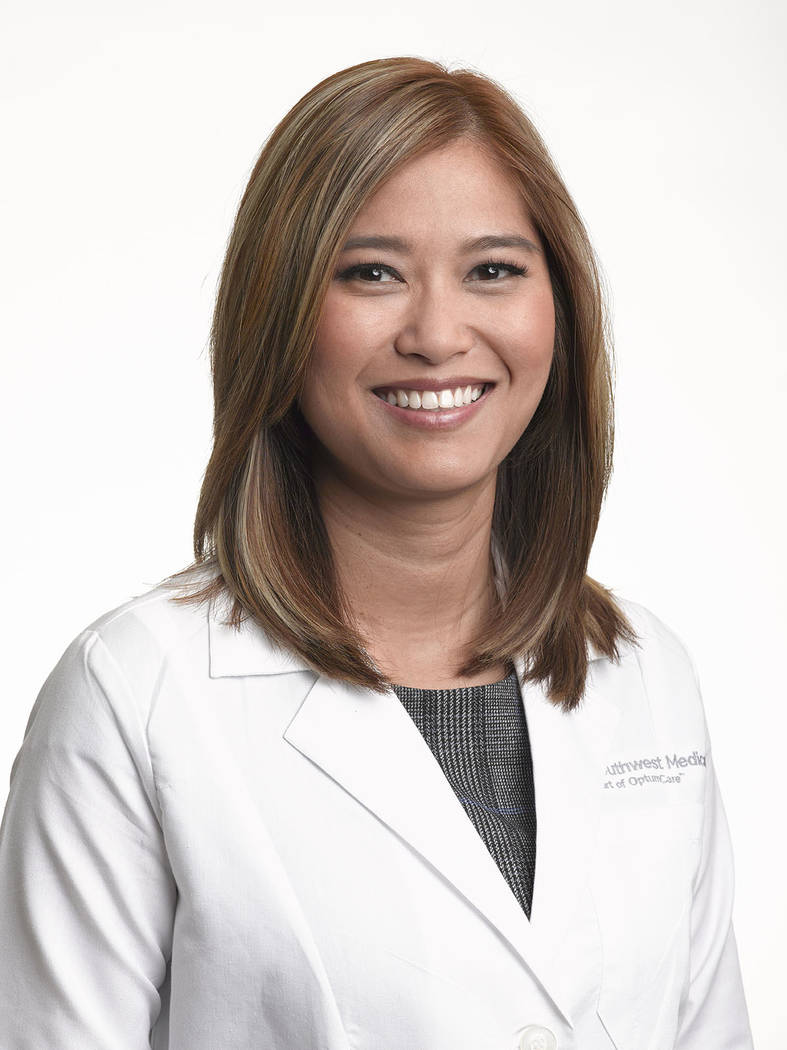 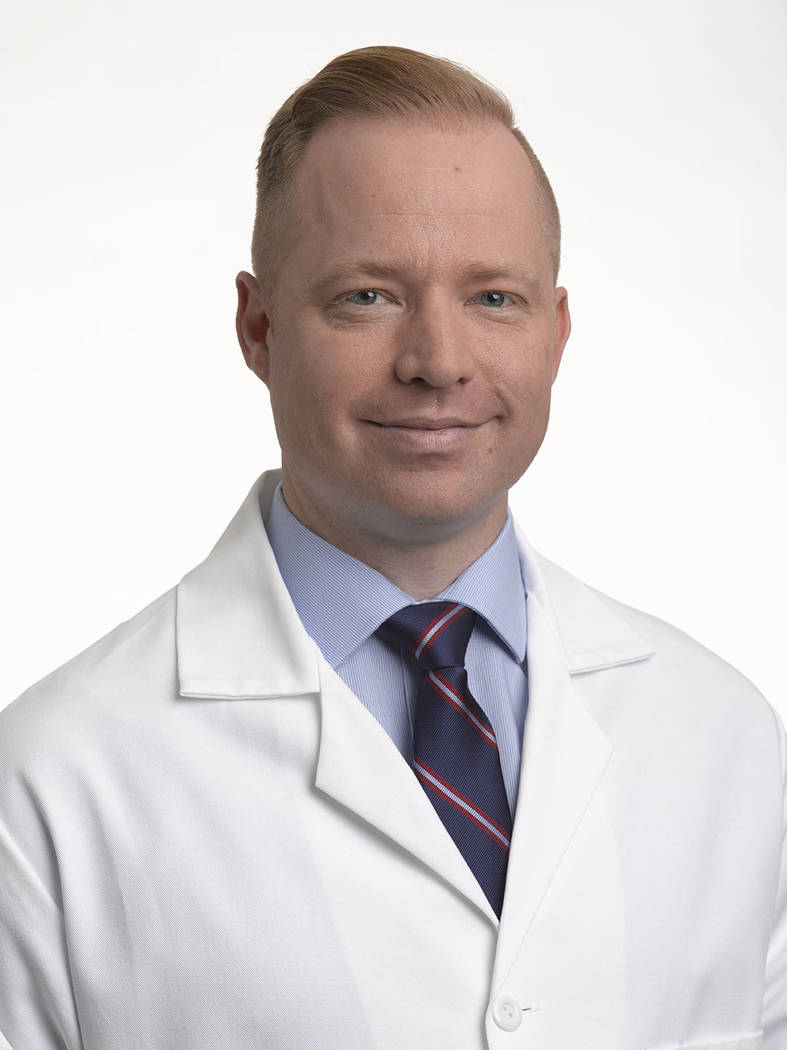 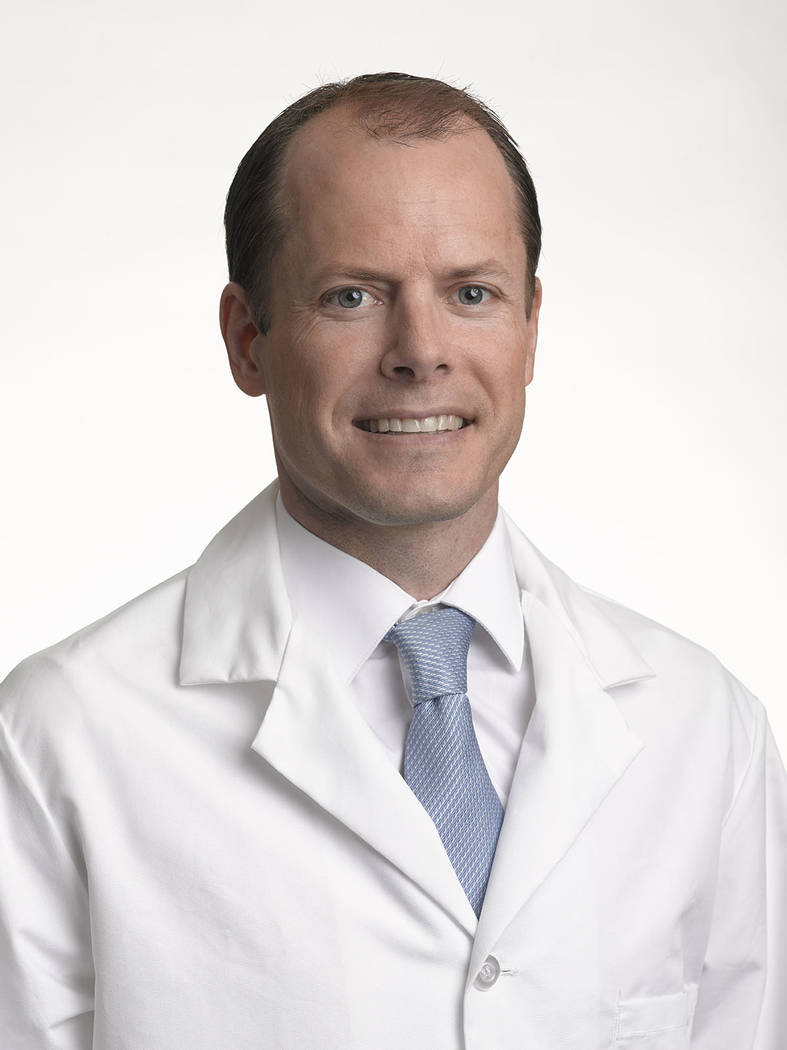 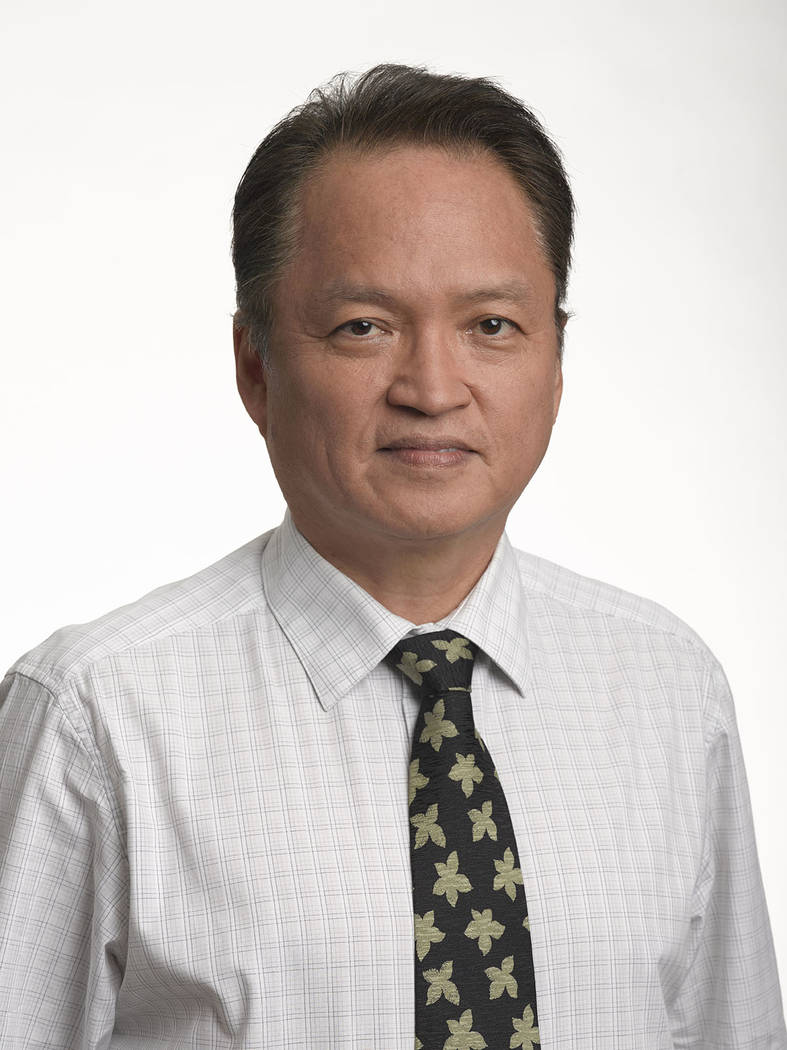 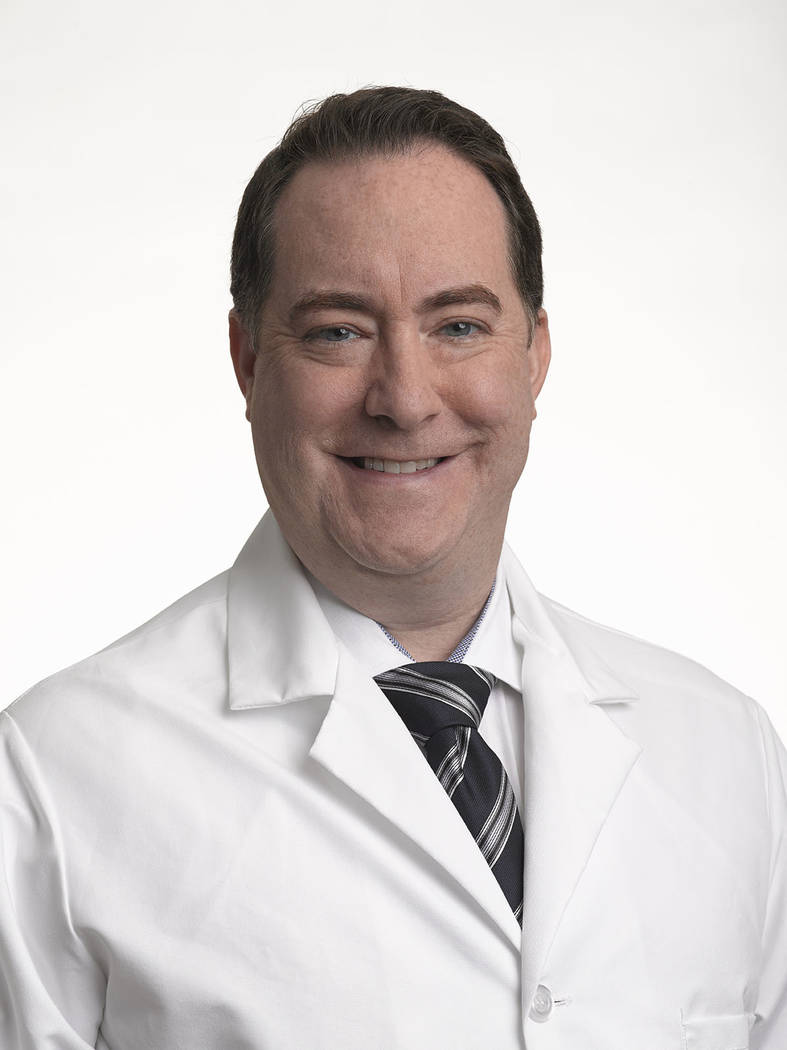 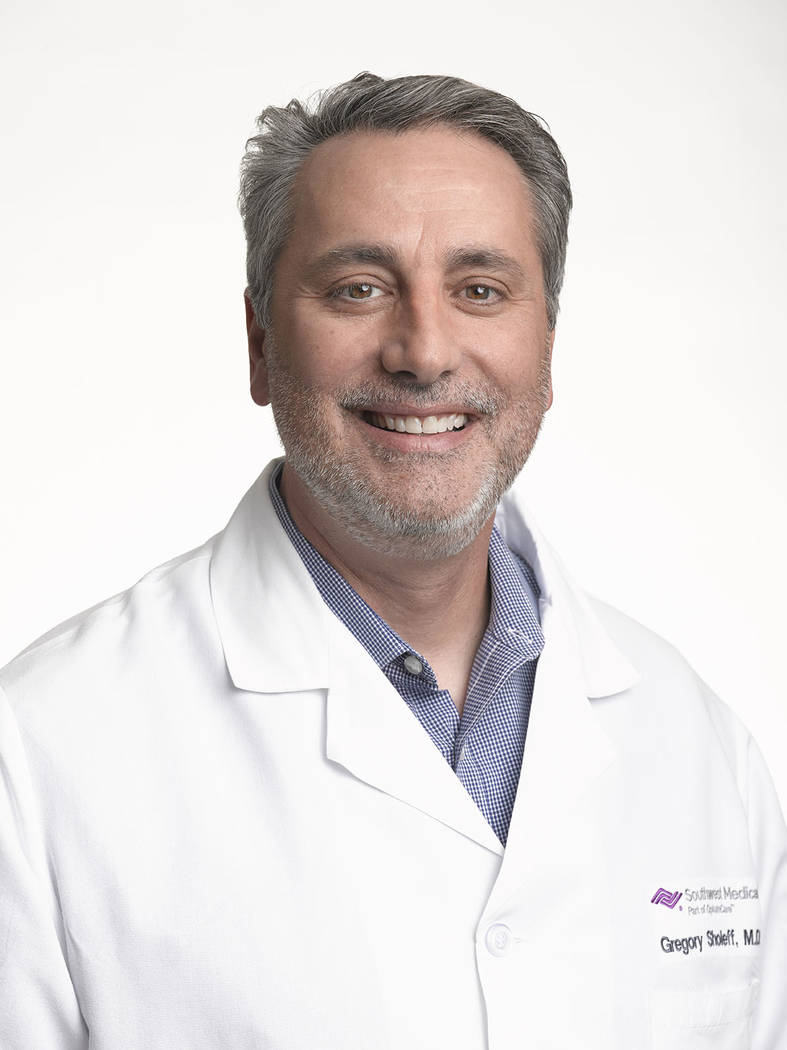 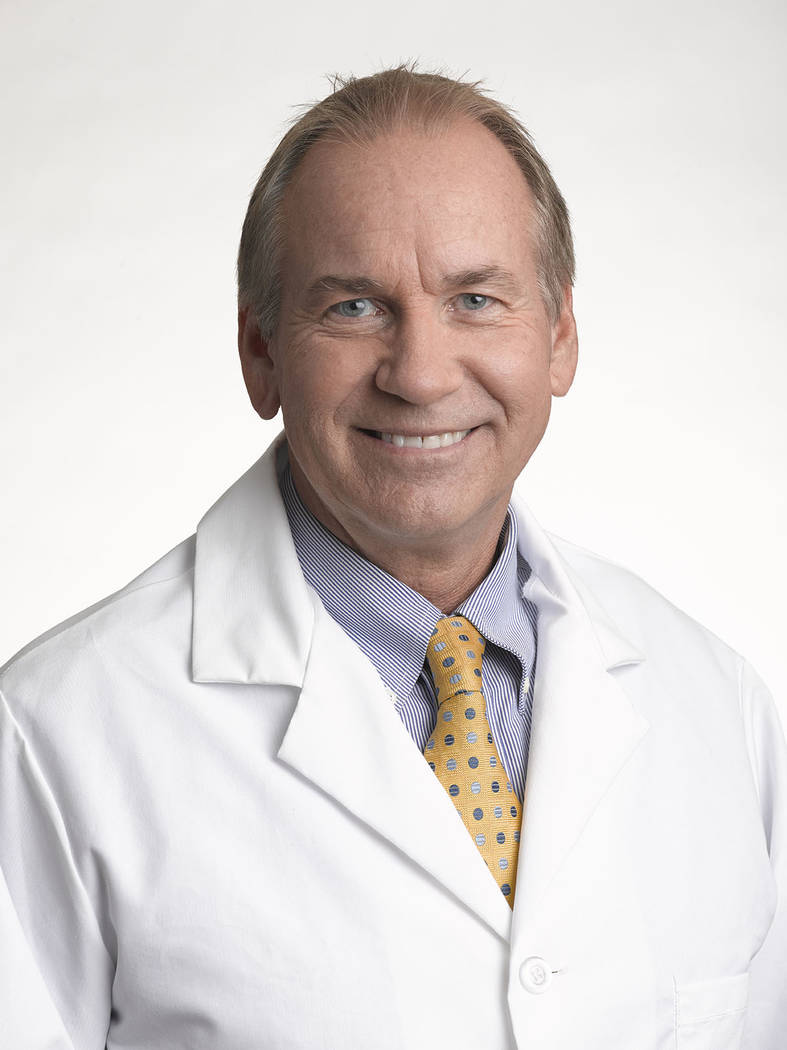 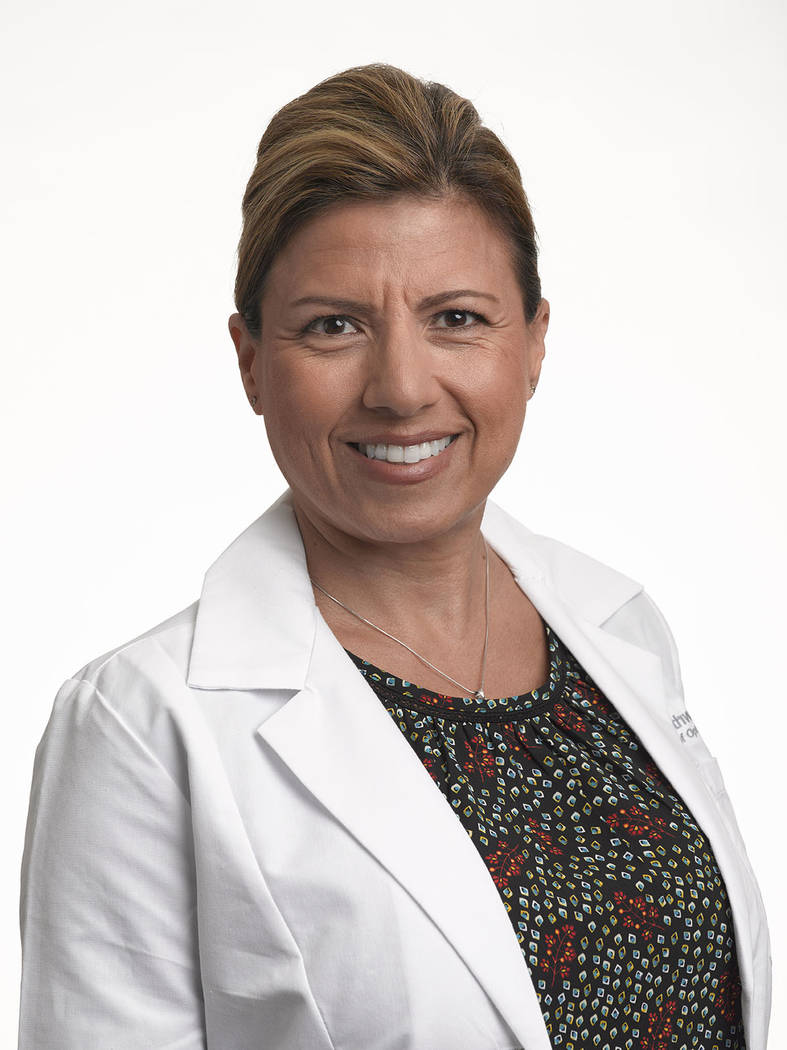 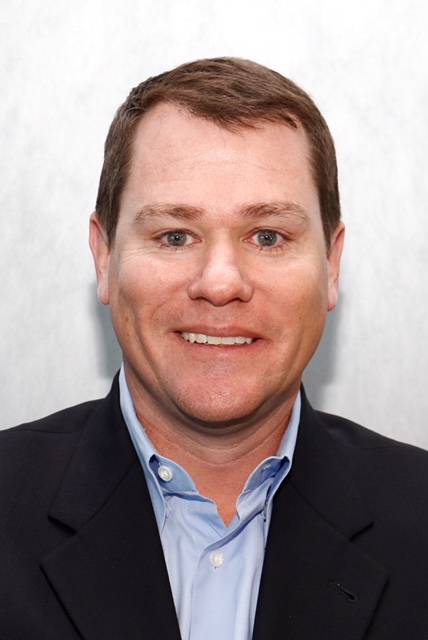 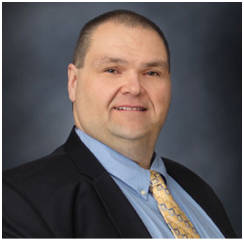 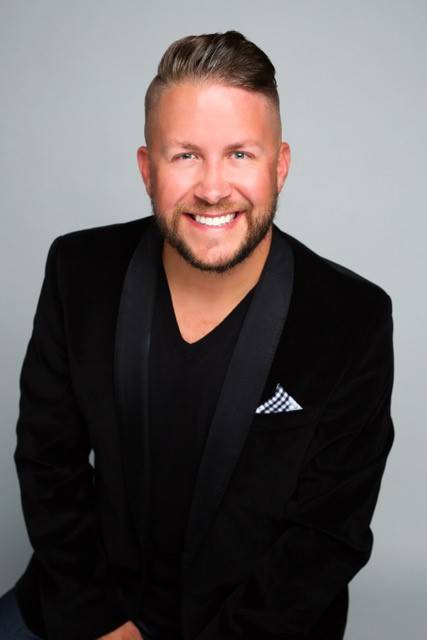 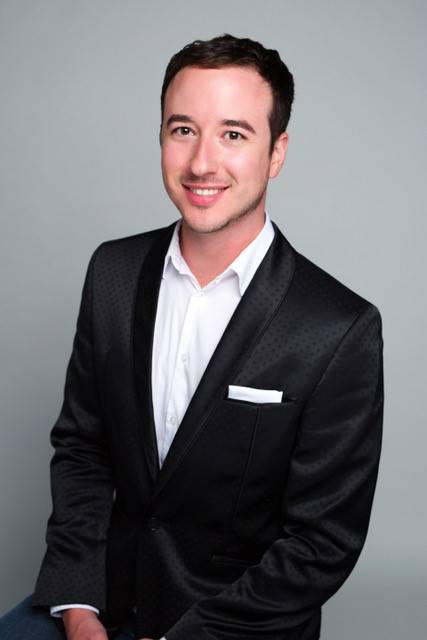 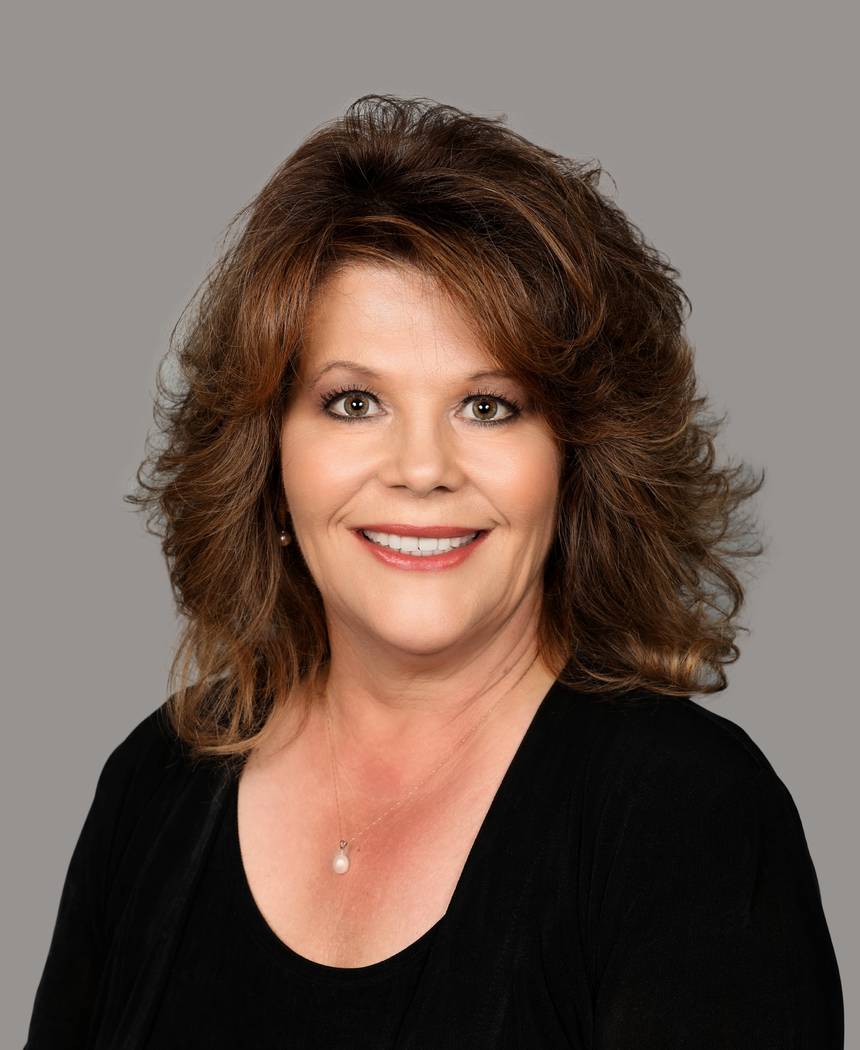 The Nevada Taxpayers Association, a nonpartisan, nonprofit organization founded in 1922, has promoted Cindy Creighton to president. 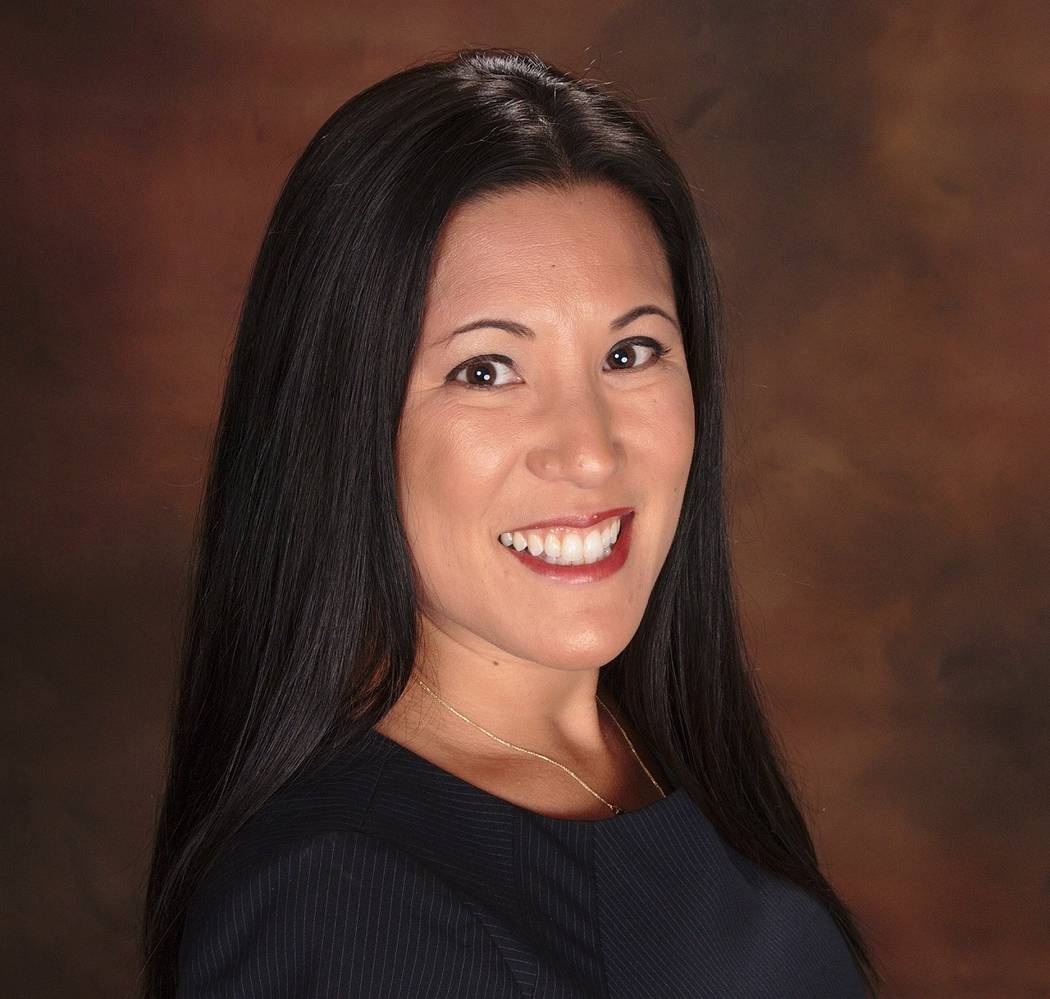 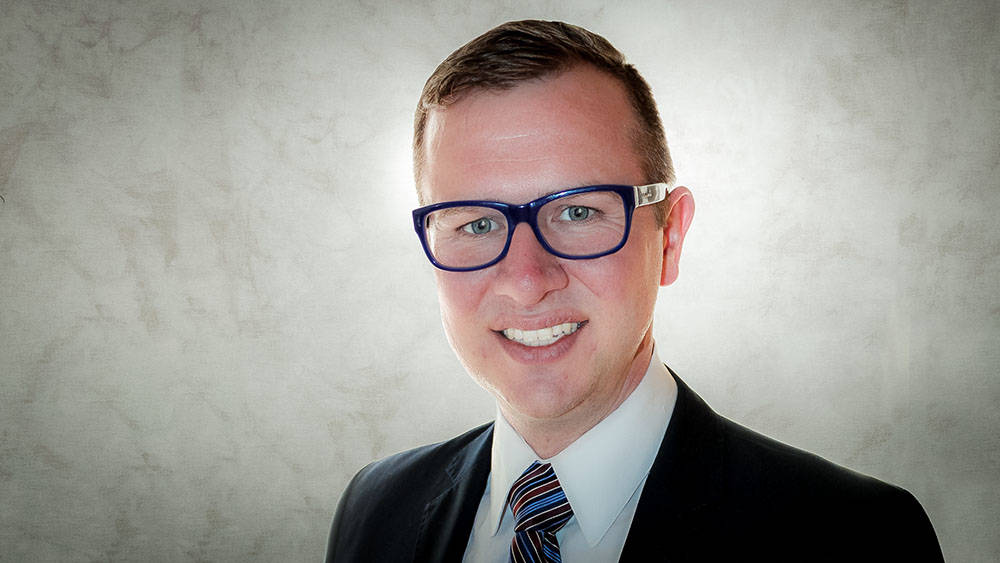 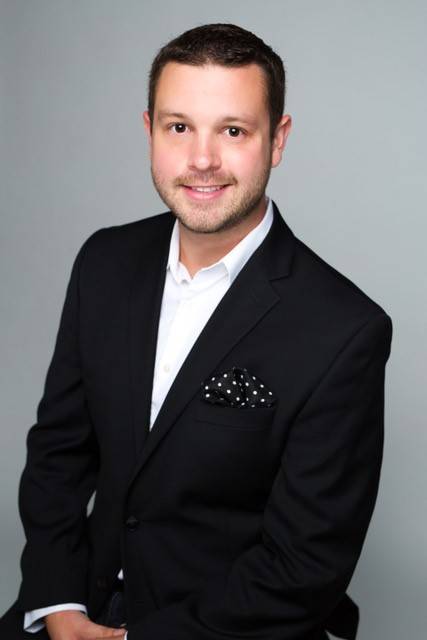 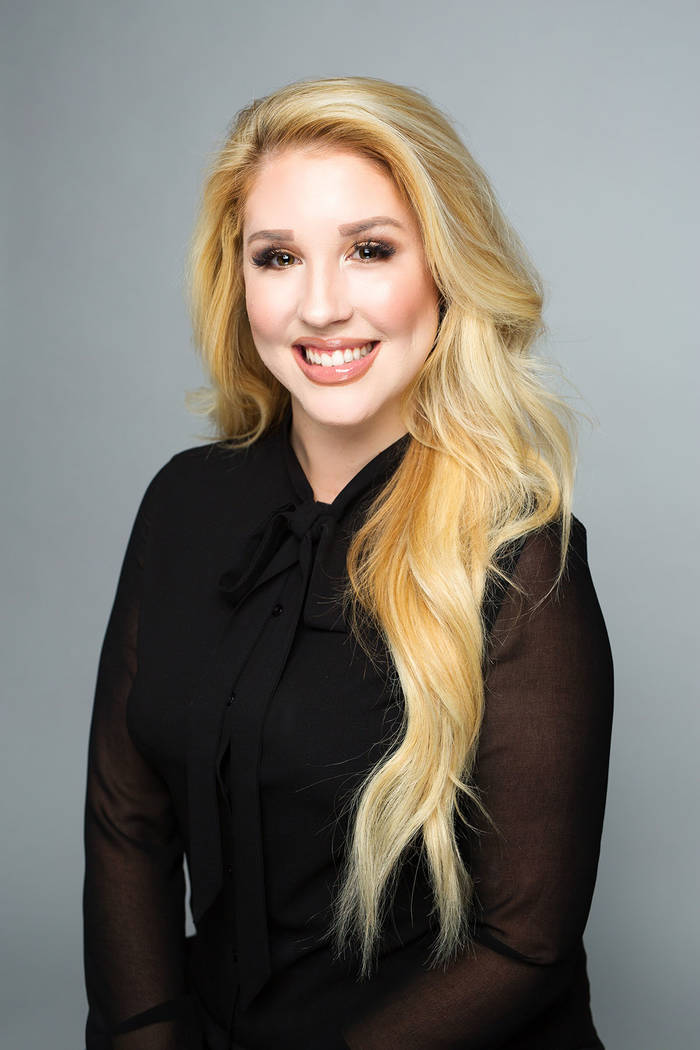 “Kevin was selected from a pool of very qualified internal candidates for this important role in our organization,” Adams said. “Kevin is well-respected in the building development community, and we are fortunate to have him as our new building official.”

“We are pleased to welcome Kevin and Nadine as the newest members of the board and our Make-A-Wish family,” Ciocca said. “These community and business leaders each bring a wealth of expertise, experience and connections that will help us grant more wishes to children in our community with life-threatening illnesses. We, and all the children and their families in our community who are wish recipients, appreciate their contributions to our mission. It truly takes a village to do what we do — grant magical wishes every day.”

Make-A-Wish grants the wishes of children with life-threatening medical conditions. Kids say wishes give them renewed strength to fight their illness, and their parents say these experiences help strengthen the entire family. Make-A-Wish Southern Nevada is part of one of the world’s leading children’s charities, serving children living in Clark, Nye, Lincoln and Esmeralda Counties. With the help of generous donors and more than 300 volunteers, Make-A-Wish Southern Nevada has granted more than 1,800 wishes since its inception in 1996. Visit Make-A-Wish at snv.wish.org to learn more.

The Nevada Taxpayers Association, a nonpartisan, nonprofit organization founded in 1922, has promoted Cindy Creighton to president.In her new position, Creighton will work closely with the executive committee and board of directors to pursue the goals set out in the NTA’s strategic plan,” said NTA Board Chairman David Turner. “Creighton’s promotion reflects her long history of Nevada public affairs and unique credentials as one of the state’s most talented and respected association executives. During her two years at NTA, Creighton has been essential to the continued success of the association through her efforts and leadership. We are proud to recognize her for those efforts and promote her to the position of president.”

The newly created position of director of government and community relations will improve the NTA’s focus on the research and analysis of issues concerning to its members.

“We are excited to welcome Michael Pelham to our growing NTA team,” Turner said. “The NTA’s commitment to serving Nevada’s taxpayers with detailed research and policy analysis is strengthened with the addition of Pelham as its director of government and community affairs. Pelham will be based in Carson City, and will be a regular participant in proceedings before the Nevada Legislature, local governments and regulatory bodies.”

Pelham joins the NTA following five years with the Nevada Department of Taxation where he was the department’s subject matter expert in tax distribution and statistics. He received his Bachelor of Science degree in gaming management from the University of Nevada, Las Vegas and his Master of Business Administration degree from Australian Catholic University in Sydney, Australia.

The Smith Center for the Performing Arts has announced the new co-chairs of its Fanfare! affinity group for emerging leaders for the arts, including Kady Casullo, Travis Turner, Alan and Sean Walker. All accomplished community leaders, they step into their roles with specific target goals, including doubling membership of this group for leading Southern Nevada professionals ages 21 to 40 with a love for the arts.

The co-chairs also plan to increase the number of exclusive events for Fanfare! members, including behind-the-scenes activities at The Smith Center and further explorations of Southern Nevada’s arts and culture scene.

A Las Vegas native, Casullo serves as director of firm relations for The Powell Law Firm. In addition to her support for The Smith Center, she remains closely involved with the Make-A-Wish Foundation, where she serves as a wish granter, ambassador and is involved in resource development. She was named the organization’s Volunteer of the Year in 2016.

Turner works as director of administration and oversees community and philanthropic initiatives for a Las Vegas FinTech organization. He serves on the boards of many community nonprofits, including Noah’s Animal House, Executive Pride, the Mark E. Curry Family Foundation, Club Curry, and, until his term recently finished, The Shade Tree.

Alan Walker has built a career in marketing at top hospitality companies in Las Vegas, including Caesars Entertainment Corp. and Hakkasan Group, where he is corporate senior marketing manager. He has served on boards for several nonprofits across the valley, including Relay for Life, the Human Rights Campaign and other LGBT and homeless youth organizations.

Sean Walker serves as co-manager of R&R Partners Foundation, as well as manager of culture and communications with the organization. He also has worked at leading Las Vegas corporations, such as Caesars Entertainment Corp. and The Cosmopolitan of Las Vegas. He has invested more than a decade serving with many nonprofits, including the Human Rights Campaign and Relay for Life.

The Smith Center launched Fanfare! in 2017 to serve as a pipeline to new generations of arts lovers in Southern Nevada. Members have the opportunity to network with like-minded community leaders, experience the arts in Southern Nevada on a deeper level by participating in exclusive events, and serving as community ambassadors for The Smith Center.

Opportunity Village announces the addition of Eric Butwinik and Julian Serrano to its senior leadership team. Both join the Las Vegas organization with proven success in the not-for-profit realm, and will serve as director of retail operations and director of facilities and security, respectively.

A St. Paul, Minnesota native, Butwinik played a role in his family’s business — a large furniture department store — from an early age, and has since parlayed that experience into a successful retail-rooted career. During his 30 years in retail operations and information technology, he has worked for small and large Fortune 1,000 retailers. Most recently, Butwinik led Goodwill of Southern Nevada’s retail operations division, an 800-person team encompassing 21 retail stores, two distribution centers and an e-commerce department. Butwinik has been a Las Vegan for 27 years.

As he joins Opportunity Village, Serrano will oversee all of the not-for-profit’s in-house facilities and custodial staff across its four campuses and thrift store. Serrano is tasked with stewardship of the property and its staff through the oversight and management of security and safety measures, facility maintenance and ongoing construction.