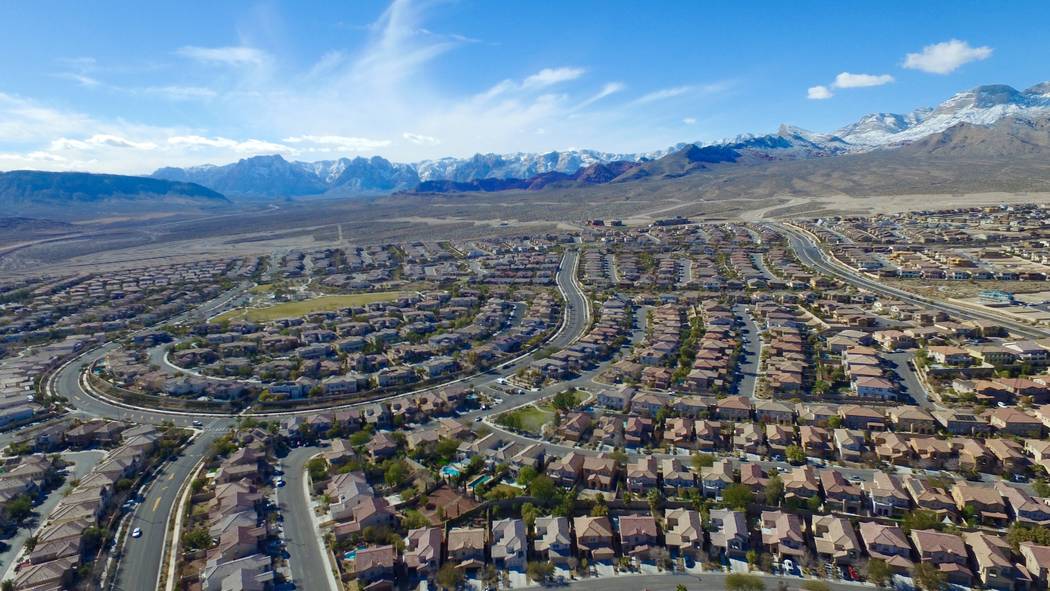 Summerlin marked the first half of 2017 with strong new home sales, topping last year’s numbers through June 2016 by 28 percent to earn the community the No. 7 spot on a list of country’s best-selling master-planned communities, according to a report by national real estate consultant RCLCO. With 470 new home sales for 2017 as of June 30, Summerlin, a development of The Howard Hughes Corp., is the highest-ranked Nevada master-planned community.

“Summerlin was ranked No. 1 as the nation’s top-selling MPC eight times between 1994 and 2002,” Logan said. “That puts Summerlin in the company of only a handful of communities nationwide that have enjoyed such remarkable and sustained sales success over decades.”

According to RCLCO, high-performing MPCs continue to credit their success, in part, to market segmentation — the targeting of various age, income and household segments with appropriately priced and designed residential product types and lifestyle amenities. Another common characteristic of top-selling MPCs, according to RCLCO, is an increase in moderately priced homes.

In Summerlin, both market segmentation and a growing number of moderately priced homes are evident in neighborhoods like Regency by Toll Brothers that caters to active adults, ages 55-plus, as well as new neighborhoods in The Paseos and The Cliffs villages that offer more moderately priced homes embodied in contemporary designs that resonate with a wider range of buyers — from millennials and beyond. Recently launched Affinity by William Lyon Homes in Summerlin Centre offers the community’s greatest variety of housing types in single neighborhood to date, including homes as small as 870 square feet; and just this past weekend, KB Home opened Caledonia in Stonebridge, Summerlin’s newest neighborhood, with homes priced from the mid-$300,000s. In the coming months, Summerlin will add even more segmented housing products with the launch of sales of Trilogy by Shea Homes, another 55-plus neighborhood. In fact, five more neighborhoods are expected to open in Summerlin by year-end, adding to the community’s already diverse offering of home products.

Sales in Reverence, one of Summerlin’s newest villages that just opened on June 10, helped to land Summerlin the No. 7 position on the list of best-selling MPCs nationwide. In just three weeks, 51 homes were sold in this village that is developed exclusively by Pulte Homes. This represented a sell-out of all released homesites amongst six collections of homes within the village that is located west of the 215 Beltway north of Lake Mead Boulevard on an elevated ridgeline that offers stunning 360-degree views.

According to Kevin T. Orrock, president, Summerlin, Reverence was expected to be a home run, and opening weekend visitation by more than 2,500 prospective homebuyers and such strong early sales reinforced that expectation.

“From Reverence on Summerlin’s northernmost boundary to The Cliffs village on the south, Summerlin has never offered such a wide range of housing product as it does today,” Orrock said. “We anticipate strong sales to continue throughout 2017, and we are also excited about the continuing evolution of Downtown Summerlin, the community’s urban core that offers dining, entertainment, fashion and is the new home of the Vegas Golden Knights, the city’s first professional sports franchise.”

In its 2016 year-end summary, RCLCO noted the resounding success of Downtown Summerlin as a significant factor in the community’s success. The report cited food-oriented, retail town centers as one of the most prevalent features of top-selling MPCs, along with healthy community amenities such as parks, bike paths, fitness classes and active lifestyle activities.

“There’s no question that Downtown Summerlin continues to shine brightly as the community’s most exciting destination and amenity that provides a fun and vibrant place to dine, shop, be entertained and socialize,” Orrock said. “Its line-up continues to add powerhouse and first-to-market brands like Crate and Barrel that is opening in fourth quarter this year. And the new NHL practice facility will do much to grow public ice skating, youth hockey and figure skating programs for the benefit of all Southern Nevada. We couldn’t be prouder to be the home base of the Vegas Golden Knights, and we well understand just how significant this facility is to Summerlin and the entire valley.”

“The quality and abundance of Summerlin amenities that encourage a healthy lifestyle has always been an important draw for this community,” said Peggy Chandler, senior vice president, Summerlin. “Not only do we require our homebuilders to include outdoor living space with the use of courtyards, covered balconies and rooftop decks, we incorporate outdoor living in every neighborhood with trails, parks and beautiful streetscapes that encourage people to live an active lifestyle. No other community in Southern Nevada offers what Summerlin does with more than 150 miles of trails and 235 parks, 27 schools and ten golf courses.”

During the first half of 2017, Summerlin offered 29 neighborhoods in five villages, with more than 100 floor plans ranging from 1,605 to 5,904 square feet and priced from the $300,000s to more than $2.5 million. New Summerlin amenities this year include two new public elementary schools opening for the 2017-18 school year: Fox Hill Park, an adventure-themed park opening fourth quarter in The Paseos village; a new private golf course in The Summit and the Vegas Golden Knights practice facility both opening soon.

“This newest 2017 mid‐year report speaks volumes about Summerlin’s remarkable and enduring success as it leads new home sales in Southern Nevada, even in its 27th year of development,” Orrock said.