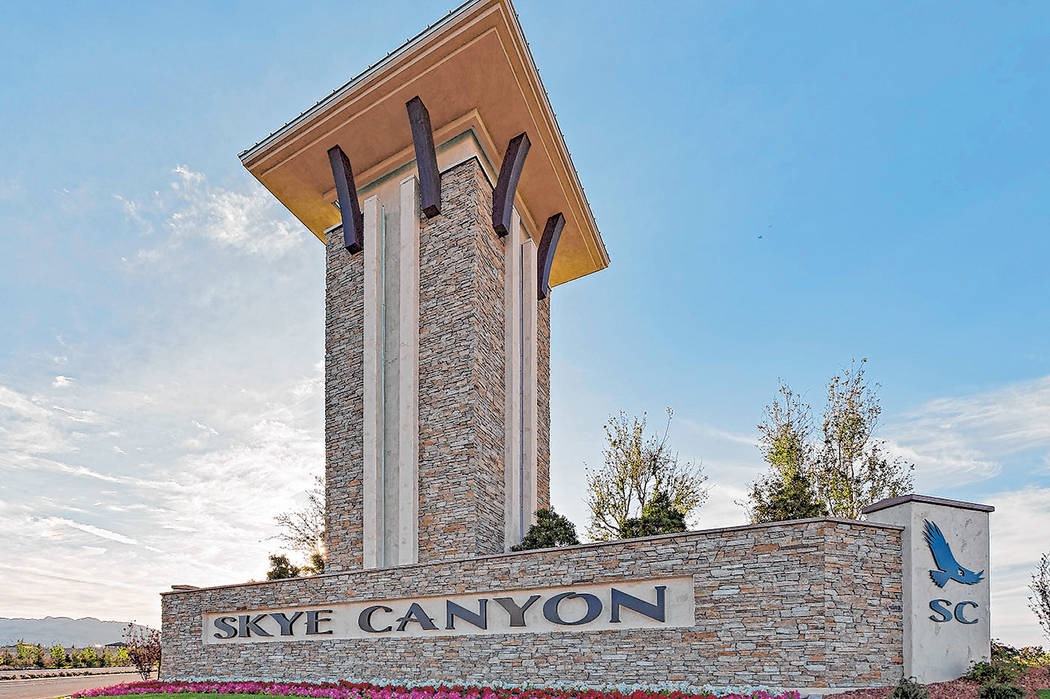 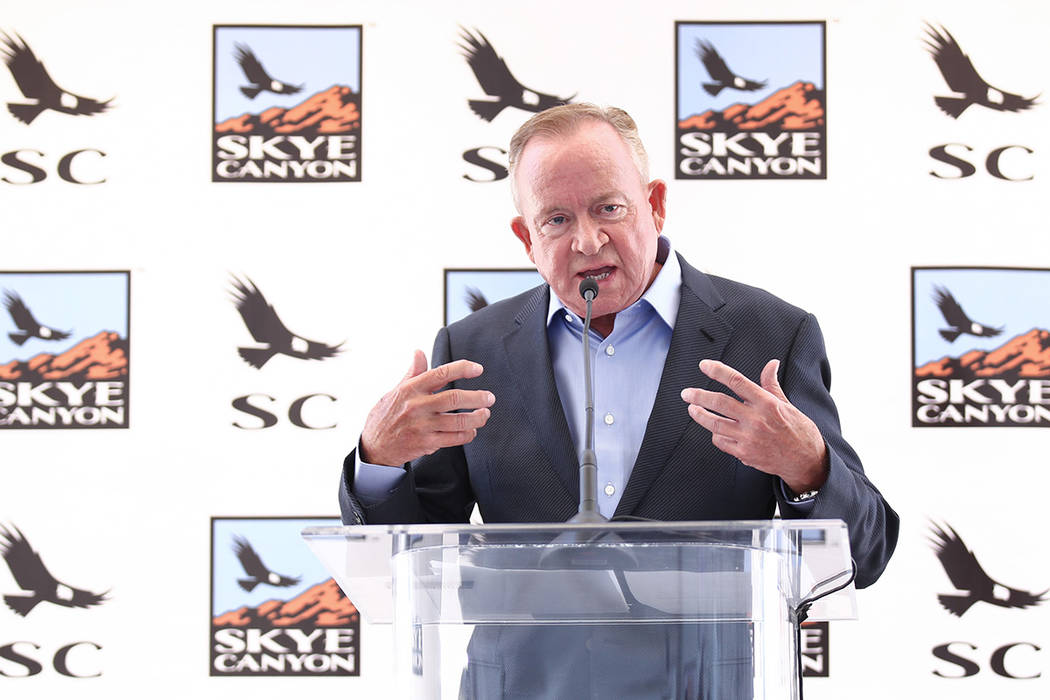 Homebuilder Century Communities has taken over as the master plan developer of Skye Canyon in northwest Las Vegas by acquiring the remaining 400 acres for development not already assigned to builders. The price was $59.1 million.

The deal that closed in mid-January between Century Communities and New York-based investment group Stonehill Capital and Spectrum Management Group means Century takes over from the Olympia Cos., which served as Stonehill’s master plan developer for the community that ranked No. 19 in the nation in 2018 in terms of home sales. Olympia will work with Century Communities on homeowners association management and a cooperative advertising program. Century will take over responsibility for finishing infrastructure that includes roads, sewer systems, water lines, 89 acres of parks and open space along with providing land for schools.

The 400 acres will have 15 acres of commercial development, 13 acres of apartment development and 283 acres of residential development with 2,200 units that include single family and attached. Skye Canyon has a buildout of about 4,000 homes.

Century has already sold 48 acres of that 400 to Toll Brothers for $20.8 million and is considering selling other land to builders.

“The reason we did it was for the residential units,” said Robb Beville, division president Nevada for Century Communities, on the acquisition. “We really believe in Skye Canyon and like that project. We’re just securing our land position in that area for the future. We’re very bullish on the Las Vegas market and particularly Skye Canyon. We’ve had good success out there in the first and second phase (with our 77 acres). We’re just going to continue our platform.”

Beville said it will be a five-year buildout for the remaining site, and Century Communities will have homes ready by the first quarter of 2021. He said homes will start around $300,000 and the most expensive homes in that section from Toll Brothers will be around $500,000.

Stonehill, which partnered with Olympia and Spectrum Management Group, acquired the 1,712-acre Skye Canyon from Wachovia Bank. The bank foreclosed on the property in 2008 from the original consortium led by Focus Property Group and builders that bought the land from the Bureau of Land Management for $150 million in 2005.

Skye Canyon, which opened in 2016 and recorded 323 sales in its first full year in 2017, rose two spots to reach 19th in the nation in 2019. It had 538 sales, a gain of 13 percent over the 478 sales in 2018. Other builders at Skye Canyon include Beazer Homes, Lennar Homes, Pardee Homes, Pulte Homes, Richmond American and Woodside Homes.

Chris Armstrong, a senior vice president at Olympia, said Century Communities “has done something similar” at Rhodes Ranch and Tuscany in Henderson where it finished out developments. It will be a “seamless transition and homeowners won’t notice a difference,” he said.

“I want to give kudos to Olympia,” Beville said. “They are the ones who had the design and this concept at Skye and did an excellent job of it. It’s mainly already set. They designed it out so far in advance that we’re just doing the physical installation work. Most of the design work is complete.”

Beville said they sent a letter to residents a couple of weeks ago letting them know of the acquisition and how they would maintain the site and that there would be no change in the property management company.

Olympia confirmed the deal by releasing a press statement in which it announced the “transition of the leadership role at the Skye Canyon Community Association to Century Communities.” It cited how Olympia and Century have been “proud partners in the growth of the community” since the first phase of development.

“This change signifies an exciting move from the land use and planning stages to the final development stage of this award-winning community,” the statement said. “Century has a proven track record of success in working with land development teams in similar transitions, and Olympia will continue to participate in the community as a vital partner.”

The Olympia team will retain its management role in the operation of the Skye Canyon Fitness Center and Campus, the homeowner association, and the marketing cooperative, the release confirmed.

“We have great confidence that Century will take our vision of building the next-generation master-planned community and enhance it with their excellent home offerings while maintaining the integrity, design and spirit of Skye Canyon,” said Garry Goett, chairman and CEO of Olympia Cos.

Goett said he is proud of the success his company has had with Skye Canyon and Southern Highlands — two of what he called the premier master plans in Las Vegas — and the role Olympia will continue to play in Southern Nevada.

“We have significant land holdings in the northwest part of the valley that are dedicated for future quality residential and master-planned communities,” Goett said. “

While Skye Canyon was made up of 1,700 acres, the owners sold more than 600 acres to Lennar, Shea Homes and other builders on the east side that’s now called Sun Stone and will have about 3,000 homes combined. Shea will build an age-qualified community with 1,000 homes.

Olympia doubled down by purchasing 270 acres west of the Providence master plan in Las Vegas at a federal land auction in August, and will close later this month. It plans to build about 1,600 homes similar to what is in Providence with single-family homes within the next couple of years after infrastructure is completed.

In addition, Olympia won out in a city of Las Vegas process for developing about 940 acres north of Sunstone that could surpass 5,000 homes. That is three years away and is expected to include various products.

“We have a number of other projects we are continuing in our development in the northwest portion of town,” Armstrong said. “It frees up some capacity for us. We continue to be bullish about that whole area.”

The population growth in northwest Las Vegas city limits is up 12 percent between 2014 and 2018 and housing units are 10 percent higher in that period, according to the city of Las Vegas.

That shows no signs of slowing with the growth in Skye Canyon and other nearby communities given the proximity to mountains and recreation areas that feature hiking, rock climbing, and cycling in the summer and skiing and snowboarding in the winter. It has created a built-in audience that’s spurring expansion and improvements in the resort industry in the nearby mountains.