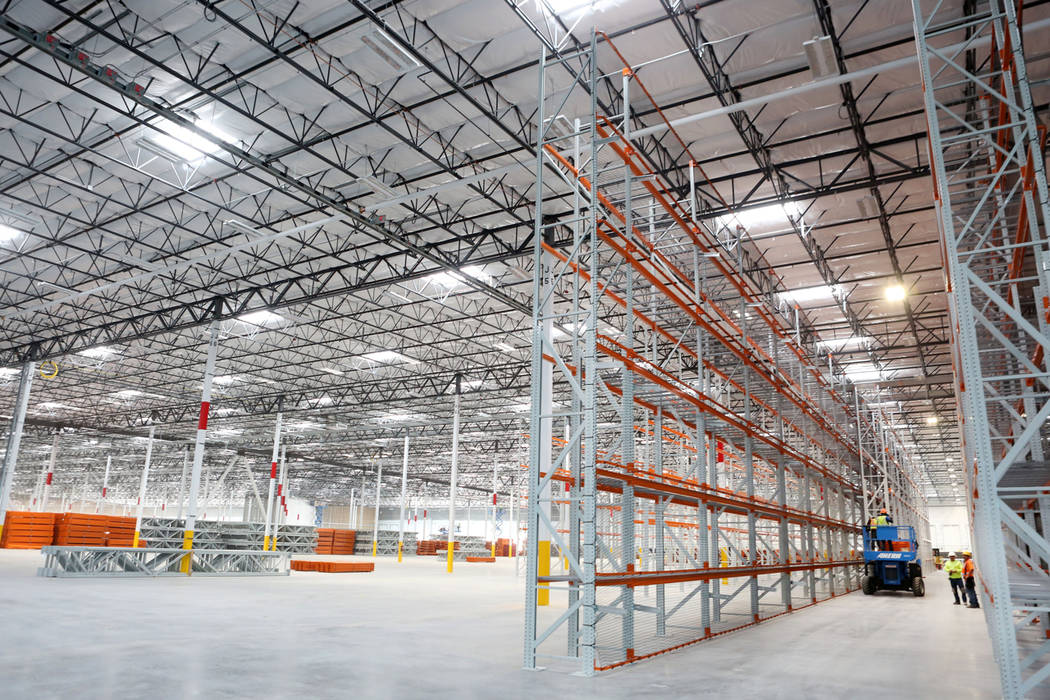 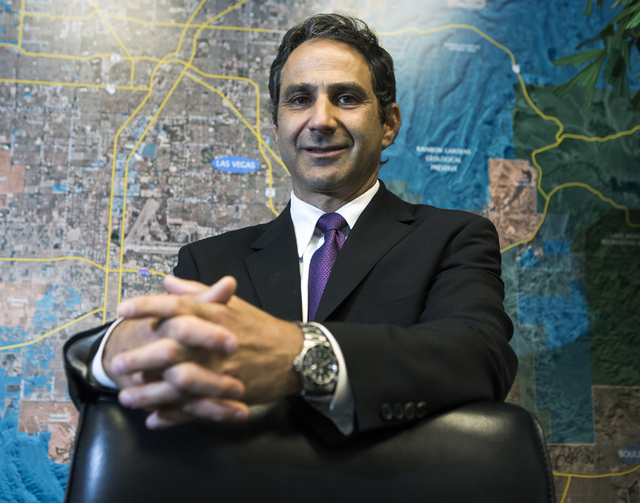 The Las Vegas Valley’s industrial real estate market moved strong through the first half of 2017 — following a positive trend in the latest report on e-commerce activity across the nation and in Clark County.

The valley saw roughly 3.7 million square feet in construction completions in the industrial sector through June, according to a report by commercial brokerage CBRE in Las Vegas.

Donna Alderson, senior vice president, advisory and transaction specialist, industrial and logistics at CBRE’s Las Vegas office, said the Las Vegas Valley is set to see completions of roughly 8.2 million square feet of industrial space in 2017, which is a record number of completions in a calendar year, Alderson said.

Meanwhile, vacancy rates have continued to stay low: 4.4 percent for the second quarter of 2017, according to CBRE data.

CBRE also reported nearly 3 million square feet of net absorption through the first half of 2017 — roughly 74 percent of the industrial product that just came online.

“We’re projected to absorb 6 million square feet (of space) this year, she said.

E-commerce is helping push the growth in industrial real estate in Las Vegas.

Companies such as Amazon, which worked on developing an 800,000-square-foot warehouse in North Las Vegas, have added to the valley’s industrial footprint dramatically.

Other examples are Bed Bath and Beyond’s more than 500,000 square feet of industrial space in North Las Vegas and Florida-based Fanatics’ 400,000-square-foot building at the Northgate Distribution Center, near Lamb Boulevard and Interstate 15.

Alderson said the valley is not seeing overbuilding in the industrial sector, as vacancy rates remain low in the face of millions of square feet coming online.

Peck doesn’t see the low vacancy changing too much, even with the nearly 4.6 million square feet of industrial space that was under construction in the second quarter.

Alderson said not having product to show can lead to potential clients looking elsewhere.

“It’s a big problem if you don’t have product to provide to the demand that you’re seeing,” she said. “We’re optimistic and very pleased that we’re seeing product added to the market and we are seeing it being absorbed in a very healthy manner.”

Lease rates in the industrial market could remain high.

“As the vacancy continues to remain low, and the demand remains strong, we’re probably going to see lease rates go up — probably not to the level that we saw prior to the recession, but we’re going to see more healthy growth,” Peck said.

“I think overall, it just depends on the overall occupancy.

Smaller users also keep up strong numbers in the valley

Bigger product is not the only space in demand in the local industrial market. Heller is developing a 70,000-square-foot space on Sunset and Torrey Pines roads, just behind the new UFC headquarters.

Overall occupancy has been high, which was the catalyst for bringing the new space into the market.

Heller said he’s still in the planning stages on the space that will be divisible down to about 1,400 to 1,500 square feet, he said.

Comparably, Xceligent’s vacancy rate for the entire market in the second quarter sat at 6 percent.

“We’re not seeing a ton of tenants coming from out of state for the small spaces,” she said.

“My interest is kind of waning toward what we’re going to see now that marijuana has been legalized and what kind of distribution facilities we’re going to start seeing popping up,” Hickman said.

Hickman compared Nevada’s market to Colorado. In that state, the market was oversaturated within a couple years and has slowed down since.

But the region’s inventory is still tight because of the local expansion, and Hickman is looking for a similar trend in Nevada.